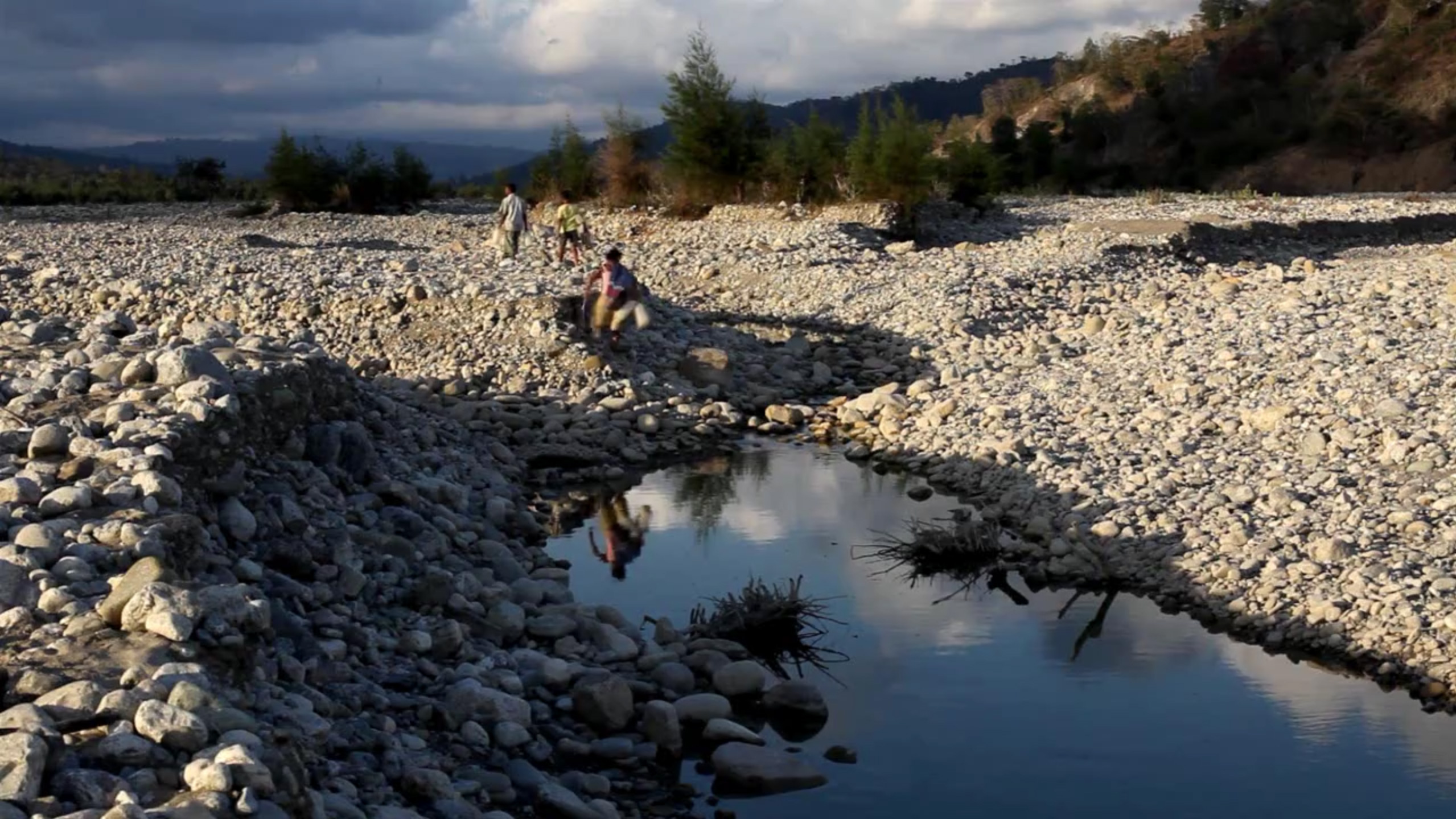 Zumalai 09 from richard on Vimeo.

At the center of the village, and at the center of people’s lives there, is the spring from which the village gets its name. Children come and go all day with their carts to collect water, to bathe or to wash their clothes. Wednesday is market day and hundreds of people from the district wake before dawn to head to the market to trade rice, clothes, food, spices and a variety of other goods. The purpose of the many hundreds of roosters also becomes apparent with cockfights held every ten minutes or so and bet upon heavily by the men in the village.

When I was there this year the children at the primary school were on holidays as the building was extended and concrete and river rocks were piled up and foundations for the new classrooms were laid. Very few building materials can be locally sourced so the concrete and re-bar is purchased from Indonesia, brought to Dili and then trucked to Zumalai on roads that range from poorly maintained to completely washed out.   Most of the new construction that goes on in Zumalai is done using traditional methods with timber supports for thatched roofs of dried palm fronds.

Another source of revenue is the weaving of ‘tais’.  They are made using a back-strap loom that provides tension to the fabric while the new threads are woven through and the designs on the tais reflect local history or current events and even incorporate some of the animist traditions of the Timorese before colonisation.

The audio track is ‘Glory’ from the album Ghost by Ben Cooper, a musician from Florida writing and recording his own songs under the name Radical Face.

I was born when they took my name
When the world turned wicked, when I joined their game
But I turned and fought them
Like you always knew I’d do

And the sky is wrecked, full of rotting clouds
From chimney mouths spewing smoke around
And I can’t stop coughing
My lungs just won’t calm down
But still I keep grinning
As the blood from my face stains the ground

A bird, caught in the wires
Bleating for help I can’t provide, I’m not that big
I hope for the best but nothing changes, I’m sorry

But I was blessed with bad eyes
There’s a lot that I miss but I don’t mind, I’m not that old
I’ll find out what broke me soon enough