In the evening I'm starting to feel like I have a monumental hangover. Which is a marked improvement over what I was feeling at the start of the day.
Richard Pendavingh   Aug. 12, 2008 12:56 pm 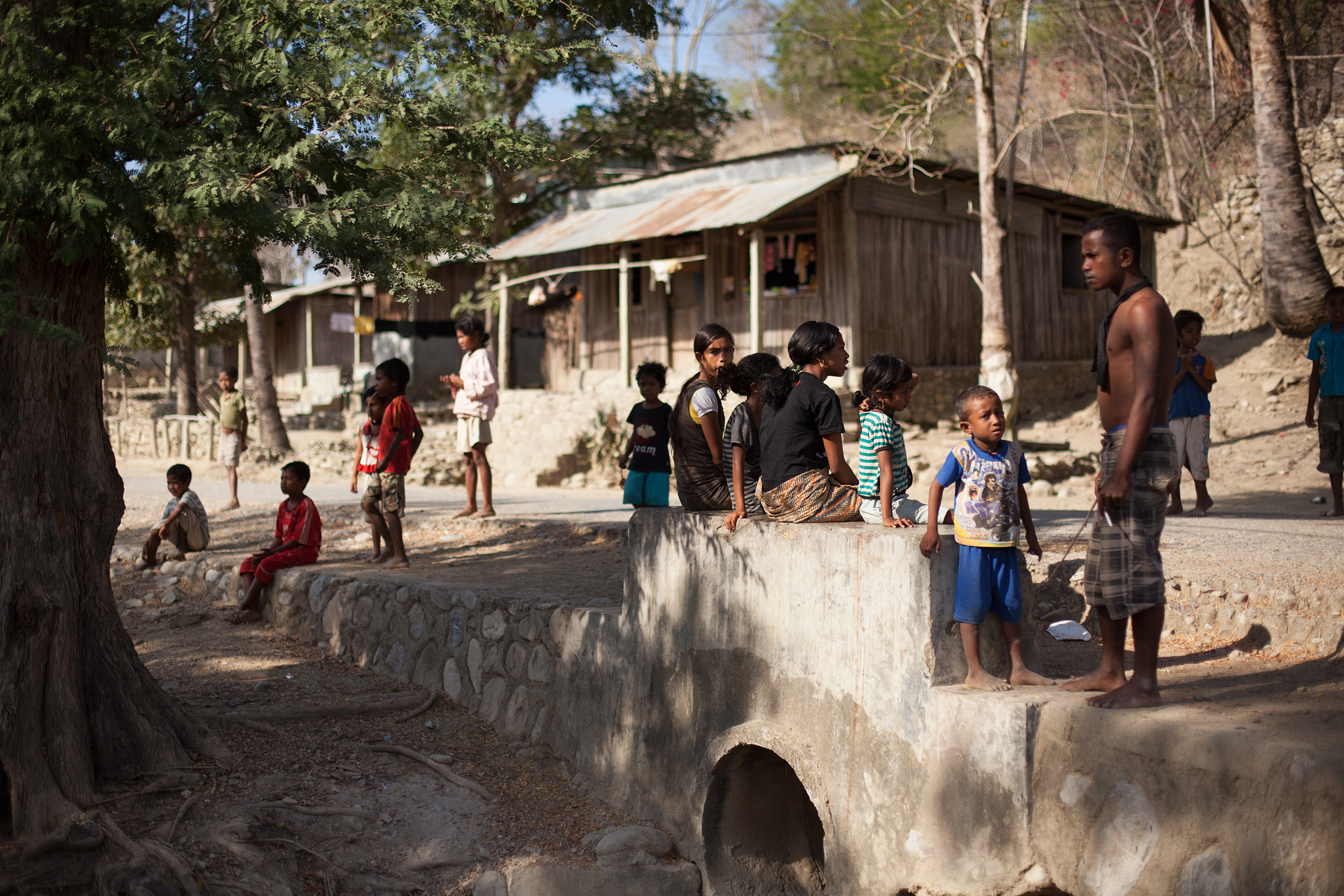 Families gathered by the side of the road in Cova Lima district on the south coast of East timor.

There’s a little livestock parade past my bedroom. First a herd of piglets, then two unaccountably healthy-looking cows, then more pigs, then chickens with baby chicks in tow.

The next day I’m out of bed but pretty much useless. The meds I take every few hours play hell with my body. I’m so weak I can barely lace up my boots and thinking about standing up makes me dizzy. So mainly I watch the work as it goes on, hand people tools and show them how the bits and pieces go together.

When the youth centre is done we move to the church -a big beautiful thatched-roof hall with wooden pews built for smaller people than me and worn smooth from years of piety. Sunlight filters through the gaps in the timber and catches on the dust we stir up. A have a minor epiphany showing one of the boys how to hold the drill straight, adjust the speed and change the bits. My dad showed me the same things when I was eight or nine and I suddenly feel very old. 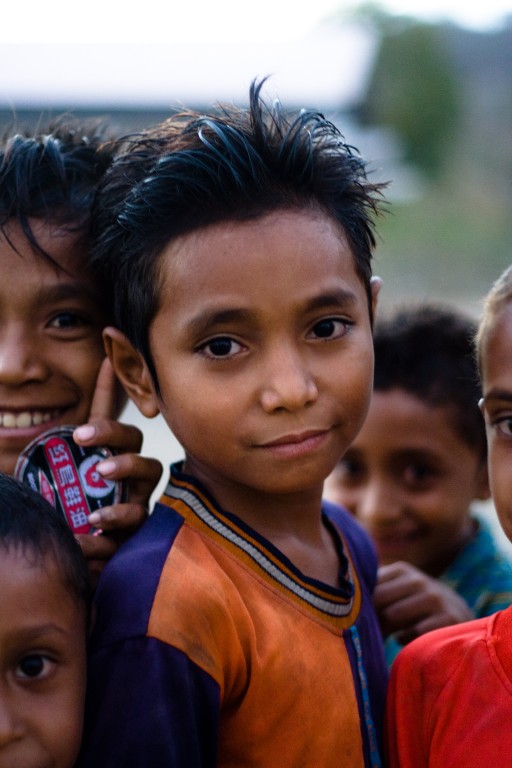 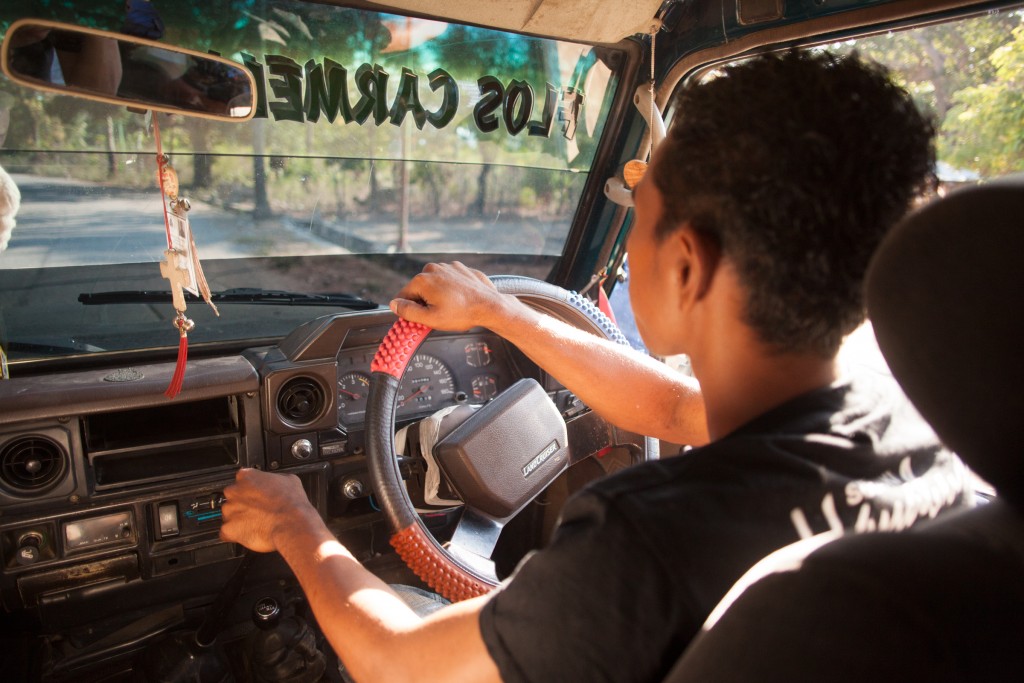 Before long Shane and I are mostly supervising while Angelino calls the shots and brings us over at the end of the day to show us what he’s done. The children take us out across the river bed and to the spring and to the Sunday afternoon cock fights and back up Golgotha where they play on the crosses. Angelino seems to think tropical diseases are worth the attention of the two doctors. There’s something about ‘wow, Cubans ey?’ that just doesn’t need translation. Angelino raises his eyebrows, offers a little prayer and grins. He’s an odd sort of priest.

Everyone I meet over the next few days asks me ‘diak a’lai?’ how are you? To which I reply ‘very well’ even though I feel pretty wretched. It’s impossible to feel sorry for yourself in a place like this. There’s so much joy in the children on one hand but for anyone older the violence and turmoil are still a recent memory. Some of the children here are orphans, homes on the main road are still empty or destroyed, the grave markers are too new and the dates are too close together. One of the men that makes the bricks at the mission here survived a massacre at a church in Suai.

Each district has its own atrocity. There were three weeks in September in 1999 after the UN had evacuated its staff and before peacekeepers began arriving where there was no one to protect the East Timorese from Indonesian reprisals. On the 6th of September the Indonesian army and milita murdered four hundred or so refugees that had taken shelter in the church grounds in Suai. Johan works at the mission. He survived the initial massacre and escaped the church before the militia returned for the bodies. 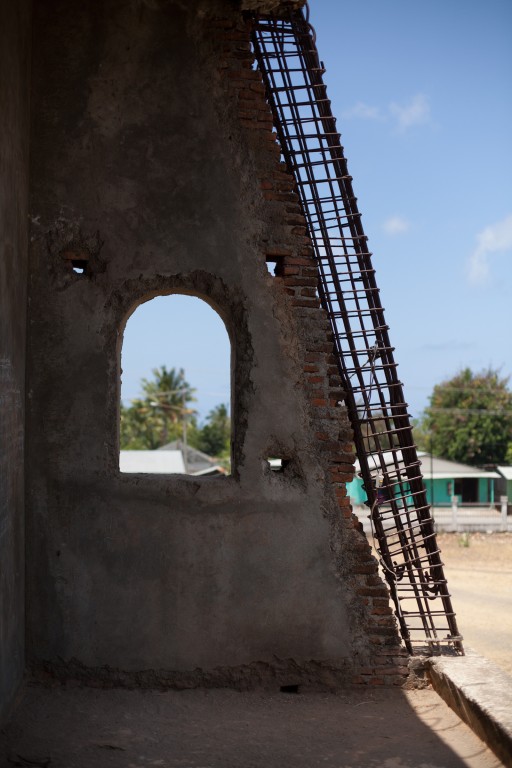 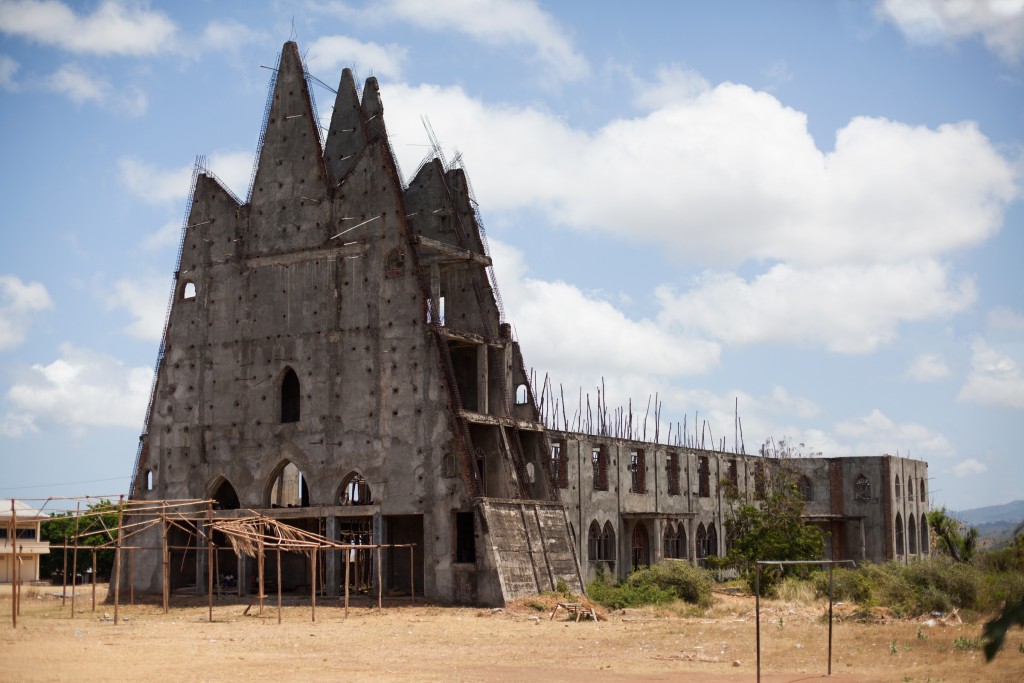 On Wednesday Sean returns to Dili to arrange for the transport of the solar equipment. On Friday Antonio takes Shane and I to Ainaro in the mountains to visit the girl’s boarding school there. The road takes us along a ridgeline with cliffs on either side. Antonio tells me that this stretch of road is called 2nd Jakarta. It is where the the Indonesian army ‘disappeared’ those who they suspected of resisting the occupation. If their families were told anything it was that they had been ‘sent to Jakarta’ for questioning. Antonio also relates that because it is the only road in and out of the town it was also a prime spot for Falantil to ambush Indonesian convoys. I think maybe there is a trace of pride in his voice as he tells me this but it could just be my imagination.

The sun sets early in Ainaro thanks to the massive mountain range to the west. It is just serene. An elderly nun from Suai takes us through the grounds and the gardens. She knew Fr Hilario who was also killed along with two other priests in Suai. She talks to me like she’s known me all my life, about family and school and Melbourne and Zumalai and the work we’re doing , about anything and about everything. I’ve never felt more welcome. On the ride home I’m treated to a heady mix of warm beer, Indonesian pop music and secondhand smoke from clove cigarettes. When we’re back in Zumalai Fr Antonio thanks Shane and I and presents us both with a hand-woven Timorese tais. I offer my own thanks to Antonio for the hospitality we have received but the only thing I can offer is the tools that I’ve brought with me which Angelino accepts.

On our last day in Zumalai the volunteers from Alternative Technology Association arrive with the solar panels and begin installation. They have a dozen more installations to do in as many different villages and a lot of travelling on Timorese roads. We take a different route back to Dili, much longer in distance but on better roads. We head over the mountains towards the border with West Timor to a place called Maliano. These were the areas hardest hit during the violence- the last areas the peacekeepers got to. Cruel irony abounds. On the road out of Maliano I see homes that have been built partly out of firing range targets; yellow and black silhouettes of a man with a gun speckled with holes. These bits of metal are used as walls and doors and shutters on homes for a few kilometers -a reminder, as if one were necessary, of the bloodshed. On the coast road back to Dili we pass through Balibo where the five Australian journalists were murdered in 1975. 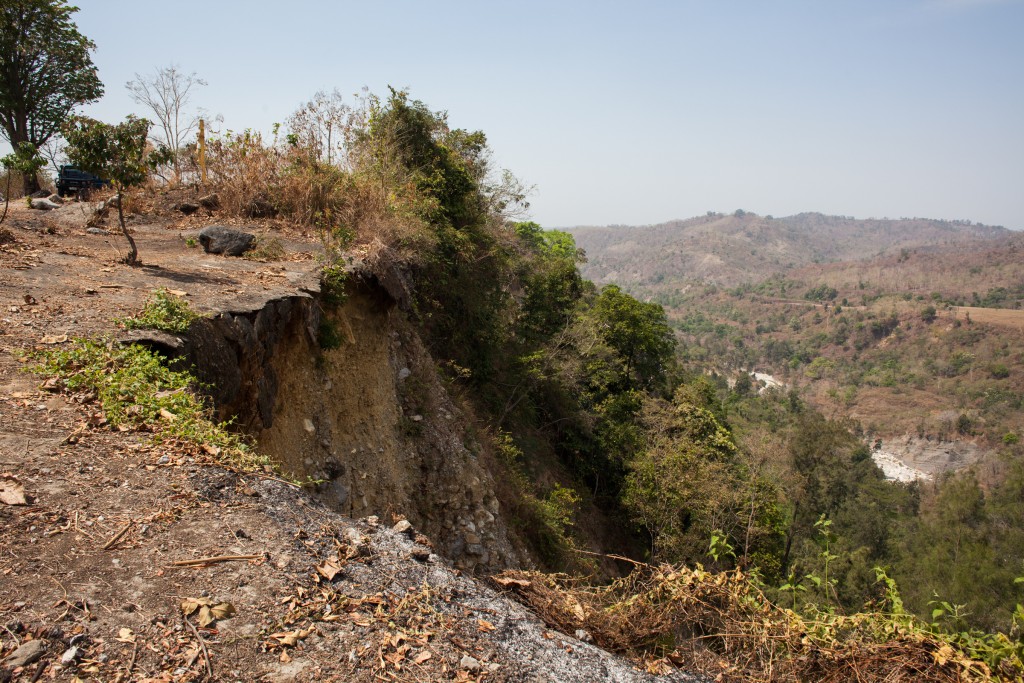 There’s little to do on my last two days in Dili but explore the city. I have a rough plan to buy a pair of jeans like those I’ve seen on most of the young men- they have extra buttons and holes and frayed edges and acid washed bits and straps and pockets sewn on at odd angles and on the backs of legs. Very distressed denim, a little post-apocalyptic even. With red-tipped mohawks and Pantera t-shirts and the weird jeans the men and the boys in Dili look hard as coffin nails. I gather they take their fashion cues and their hair styles from Indonesian TV so there’s a lot of gangster-chic on display. This jars with traditional Timorese culture which is one of deference and overwhelming politeness. Close friends generally hold hands, regardless of gender, and despite the anarchy on the roads I don’t hear a lot of horns. There are no street signs of course and, even if there were, I don’t have a map so getting lost in the sprawl is pretty much a given. I somehow make it back to the seminary in Fatuhada not having found the Mad Max jeans I was looking for.

Most of the novice priests from Hera meet us at the airport to see us off and only a couple of hours later Shane and I are back in Australia being treated to a bit of casual racism from the cab driver and eating overpriced pub food in downtown Darwin.

It’s nice to have mobile reception again and it’s nice to hear the voice of the girl on the other end of the line. Maybe it’s just Antonio’s driving but it seems like it’s all gone so quickly. There’s no time to re-adjust and the familiar commitments and considerations have already started trickling back into my mind. The newspapers in the airport are all splashed with headlines about some sort of global financial meltdown. I’m not particularly worried. I’ve seen how people with no money live. It’s not so bad. 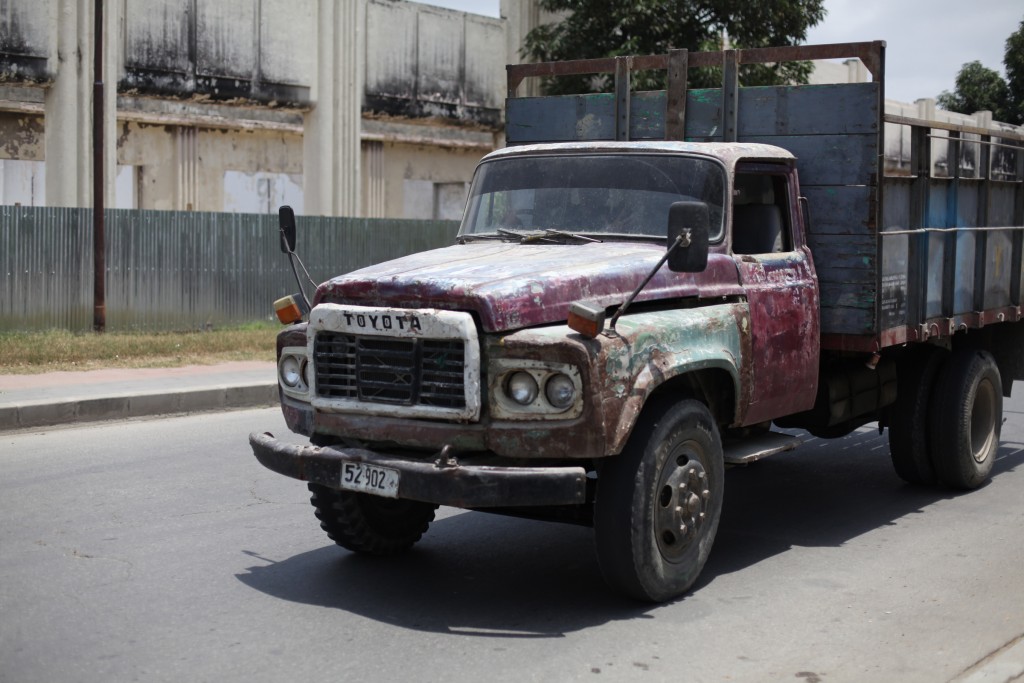 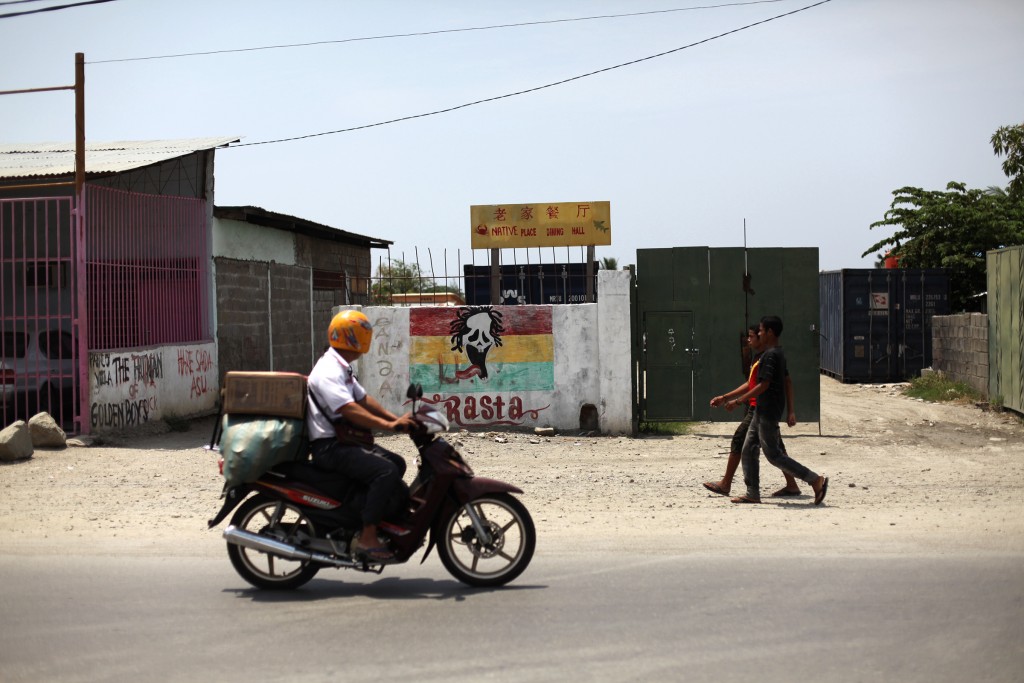 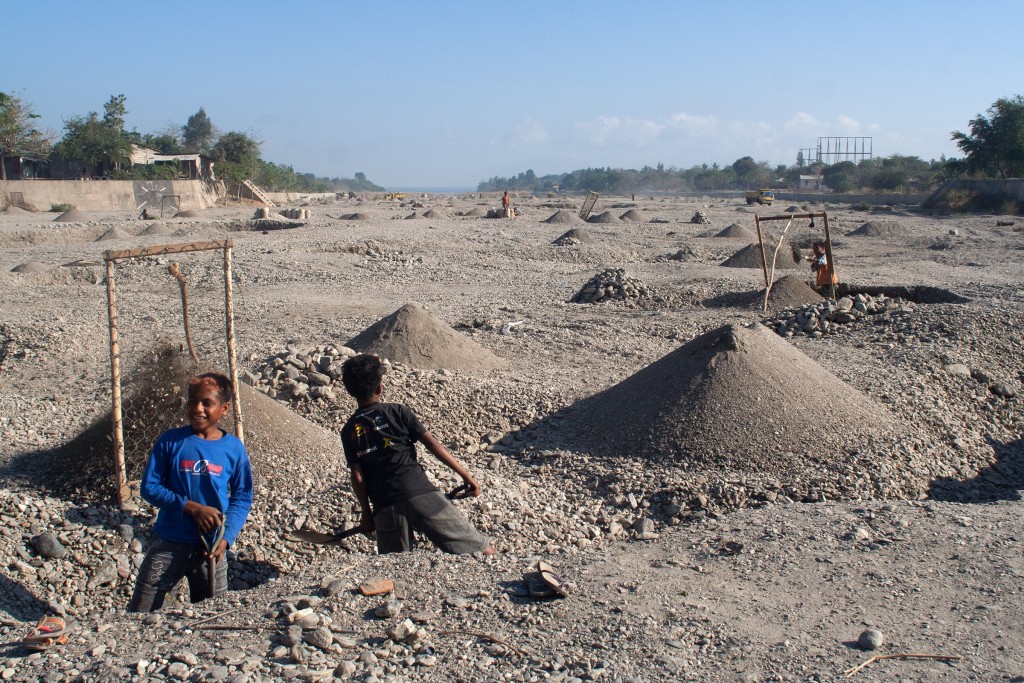 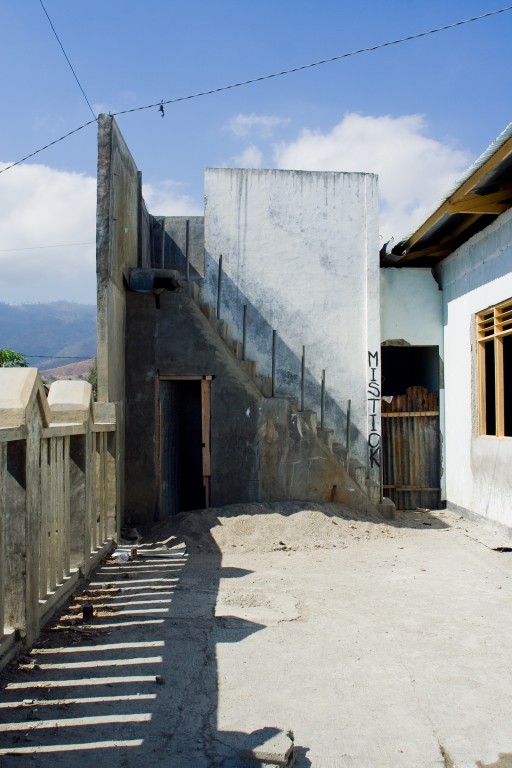 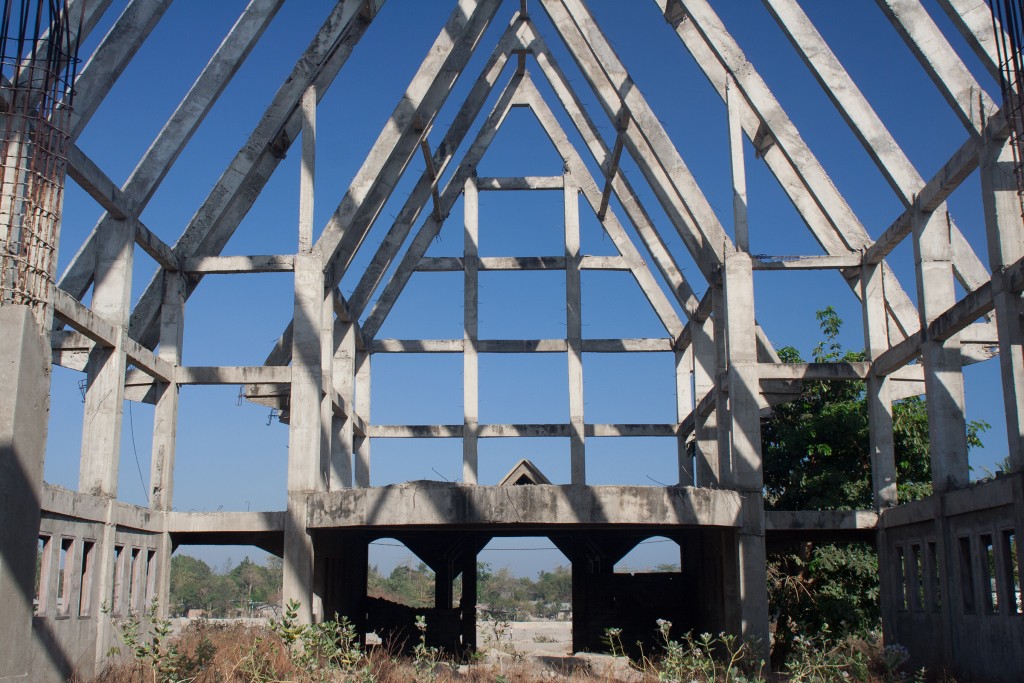