When I first decided to visit Ton Sai ten or so years ago I discovered getting there was a little tricky.
Richard Pendavingh   Dec. 8, 2013 03:04 pm 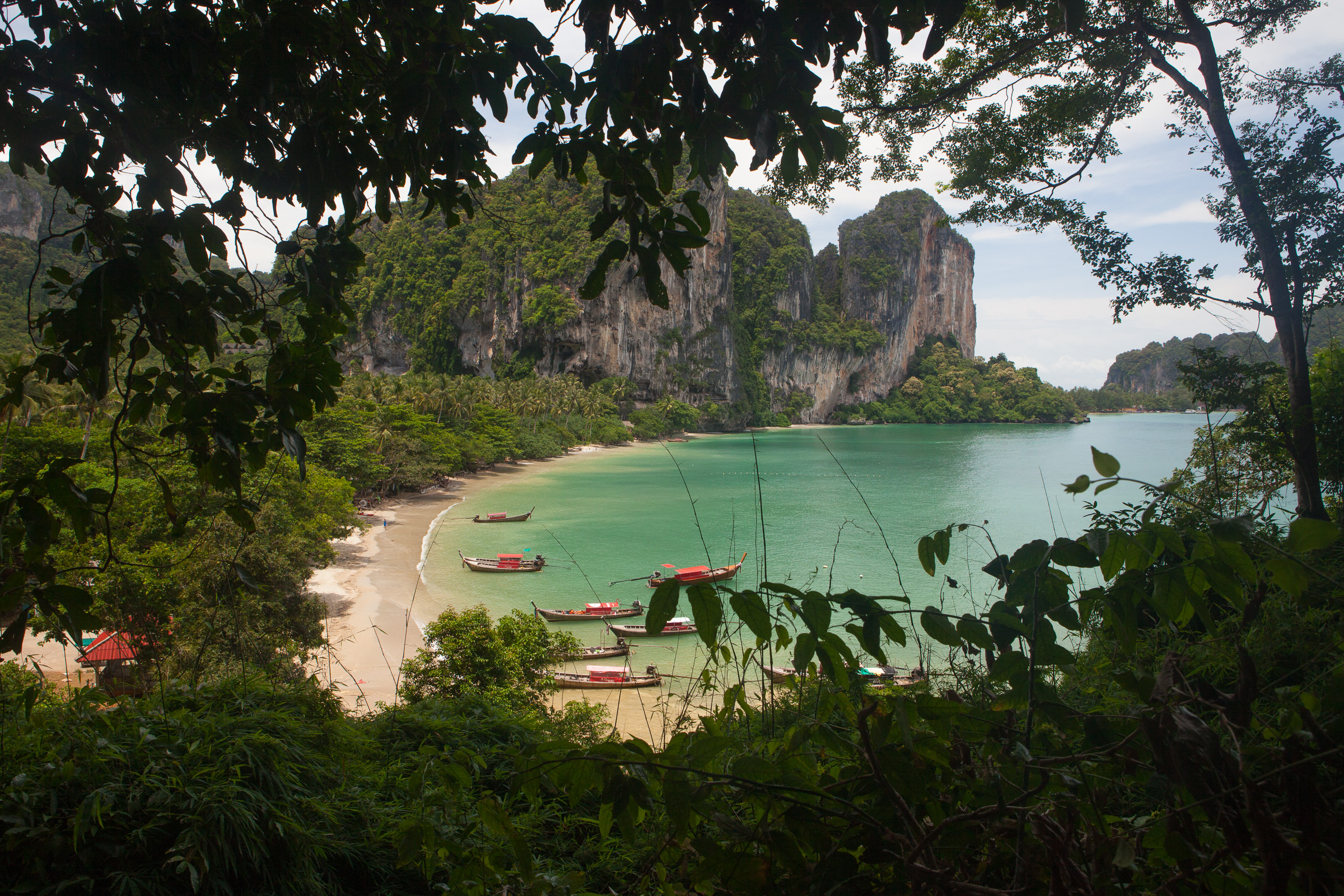 Longtail boats at the shoreline of Tonsai bay.

You had to take a bus to a the regional capital and then wait for a long-tailed boat heading to nearby Rai Leh and, once there, either hike for a few kilometers through the jungle or wait for low tide and walk around a section of headland on the exposed reef.  But on a map Ton Sai beach is part of the Thai mainland.  I wondered why there wasn’t just a road leading from the city to the area. When I finally made it to the beach I realised why- Ton Sai beach is cut off entirely from the mainland by karst limestone cliffs more than a hundred meters high.  But the same terrain that makes it relatively inaccessible is what draws visitors to the beach.  Ton Sai has some of the best climbing in South East Asia.

Most of the climbs are ‘sport’ routes with bolts drilled into the wall.  Thanks to a wonderful effort by donors and volunteers from the Thaitanium Project a lot of the more popular routes have been re-bolted with corrosion resistant titanium bolts in recent years.  The anchors at the top still leave something to be desired.  Generally they’re just a stainless steel ring attached to a length of climbing rope looped through two bolts or simply threaded directly into gaps in the rock.  The real hazards though, are the mosquitoes.  Once you’re climbing you’re in the breeze and safe from the bloodsuckers but belaying is a different story. Throughout the day I could only watch as the little bastards took turns flying up through the smoke from the mosquito coils to land on my brake hand for a feed.

The photos below were mainly taken on Ton Sai’s Fire Wall.  The Groove tube route in particular was a favourite.  Years of water draining from the jungles way above has carved out a large half-pipe running vertically down the cliff face with holds spaced almost perfectly apart.  Unlike the rough quartzite that makes up Victoria’s Arrapiles and Grampians mountain range the rock on Ton Sai is smooth and almost soft to the touch.

Since I first visited the garbage has piled up. Some of the accommodation has gone more upmarket as the beach has become more popular. Now the gaps between the bars are filled with discarded beer cans, leftover construction material, old generators and boat motors. It’s clearly too expensive to ship out and the whole bay looks like it’s been written off by any government authority judging from the dodgy wiring and the copious amounts of ganja.

The environment looks a little worse for wear but the atmosphere has remained the same- a weird combination of intensity and relaxation. Young and old climbers from all over the world hire out bungalows in the jungle for weeks at a time and spend every day testing themselves on the cliffs or heading out in long-tail boats for deep-water solo climbs where the routes overhang the ocean. By late afternoon they’ll have wandered back to any of the dozen or so little timber bars on the beach. From there you can get cheap massuman-style curries and 50cent beers and watch the monkeys scamper about in the palm fronds.

It’s the sort of place that makes you wonder about careers and HECS debt and mortgages and whether it’s all worth the hassle. 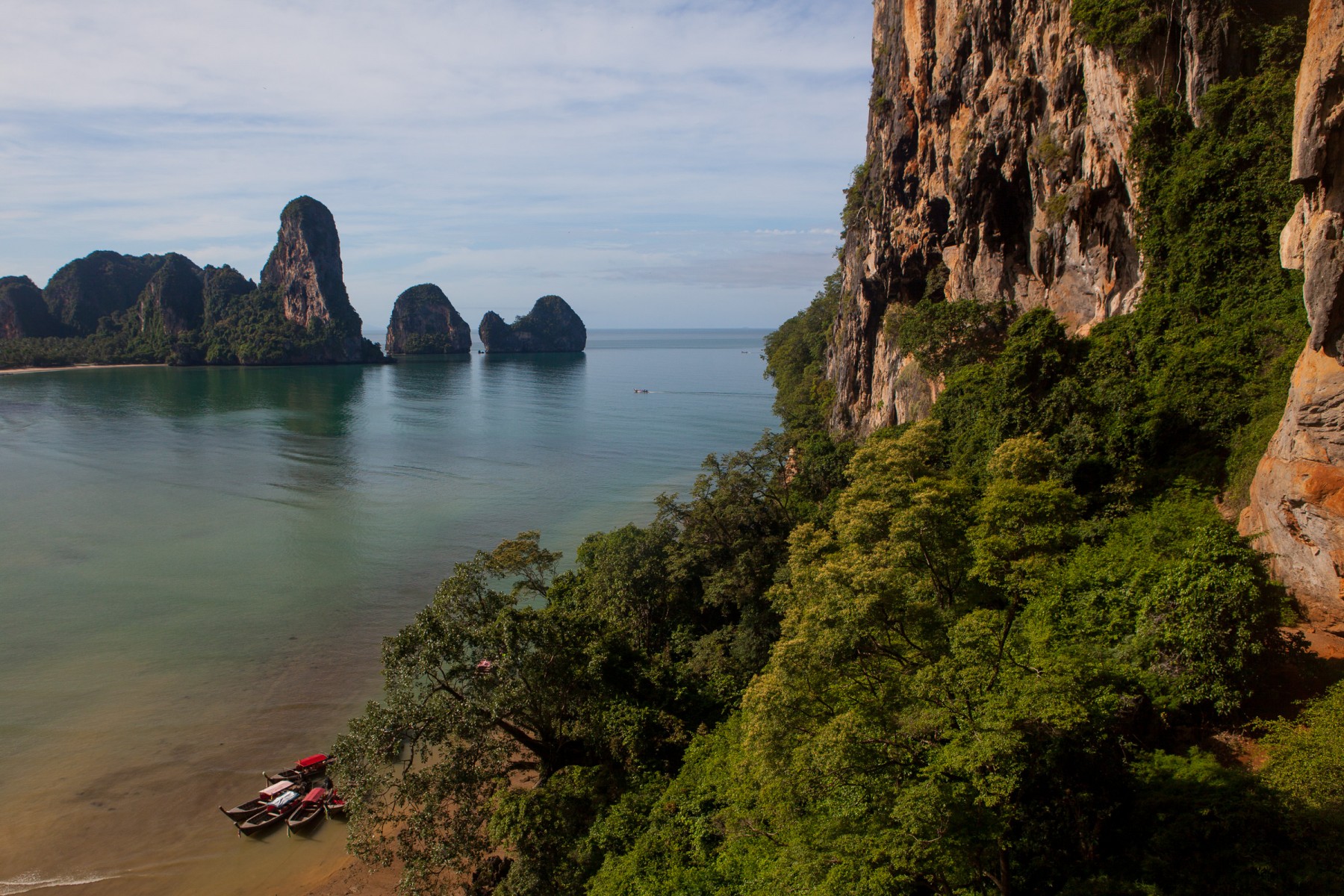 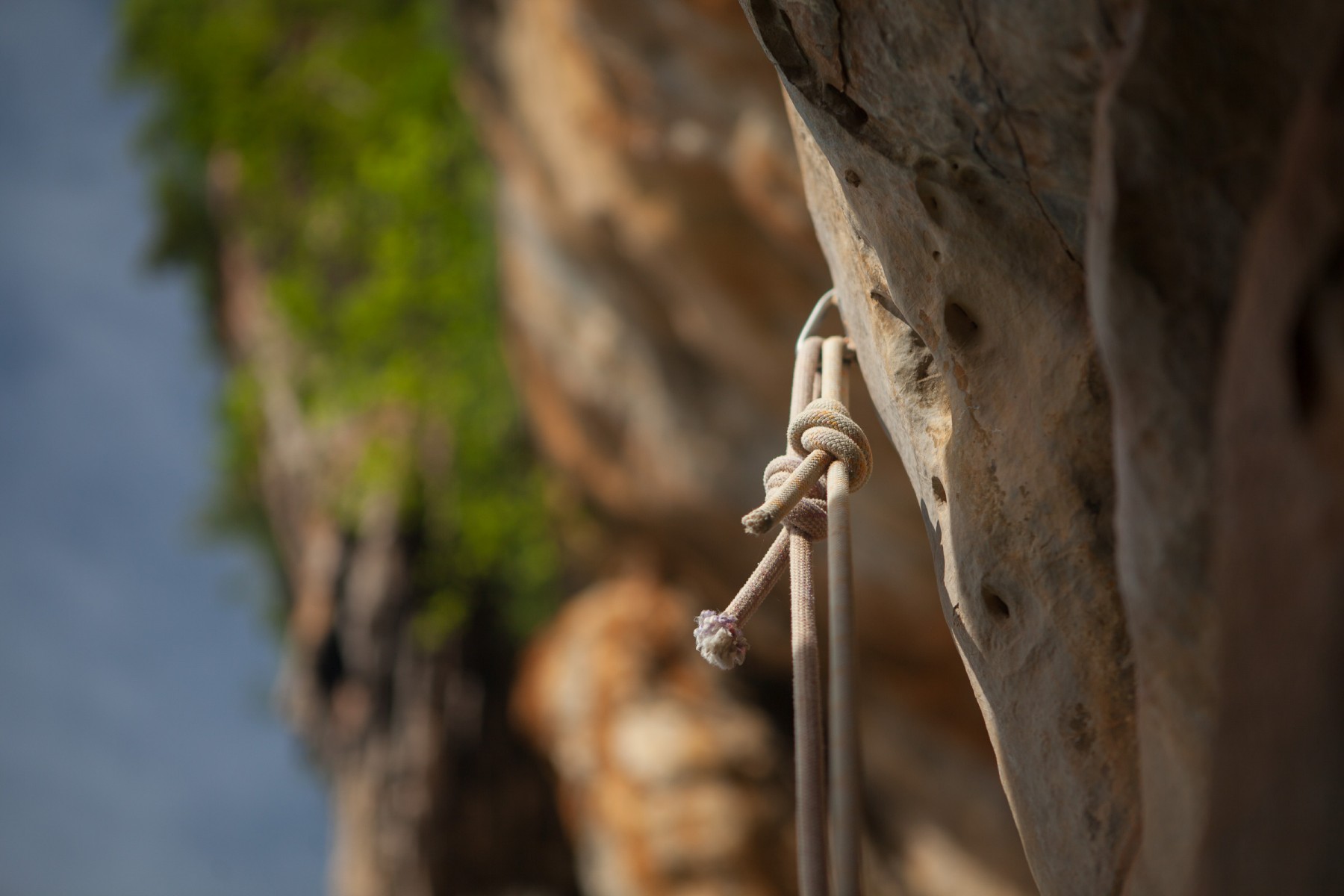 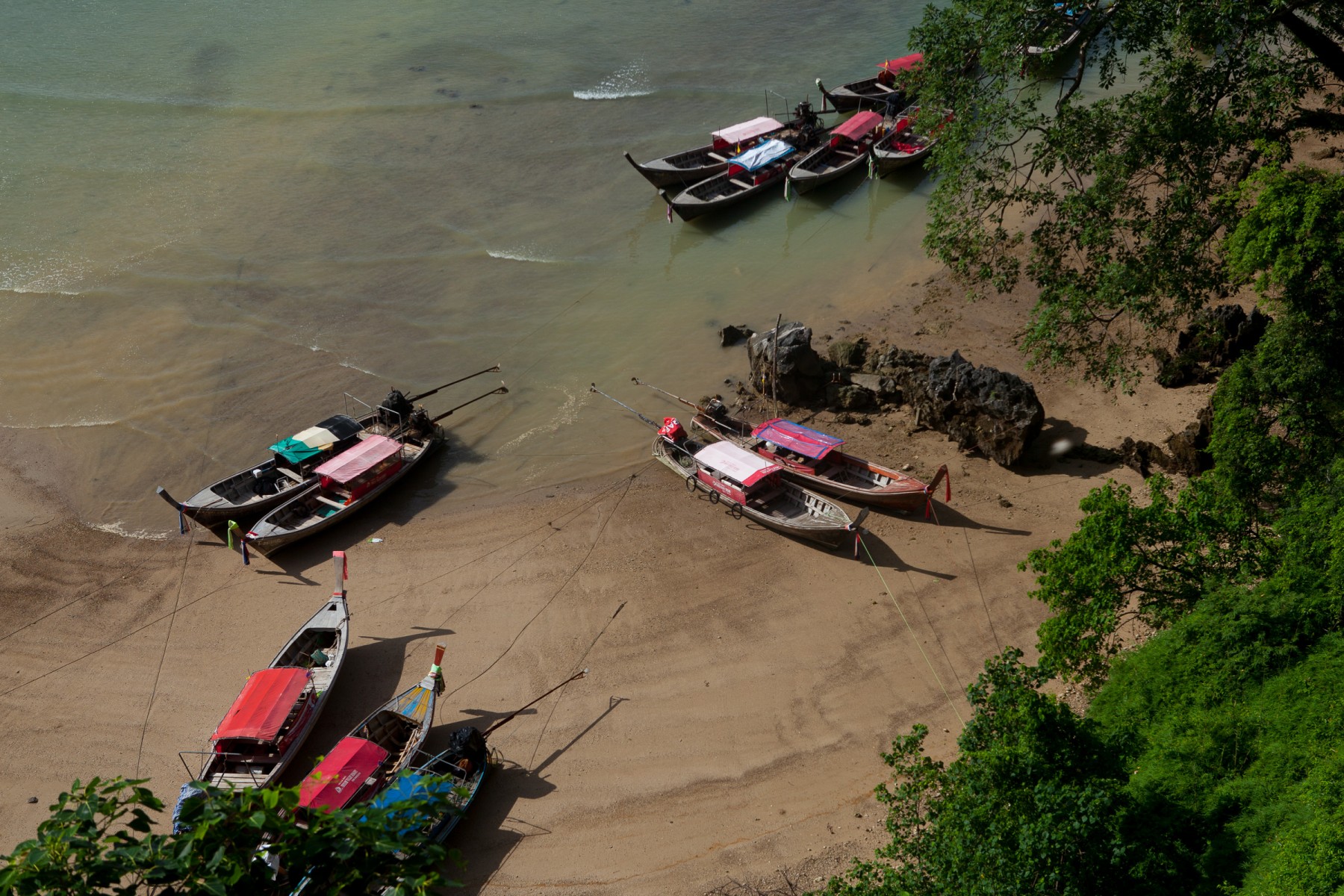 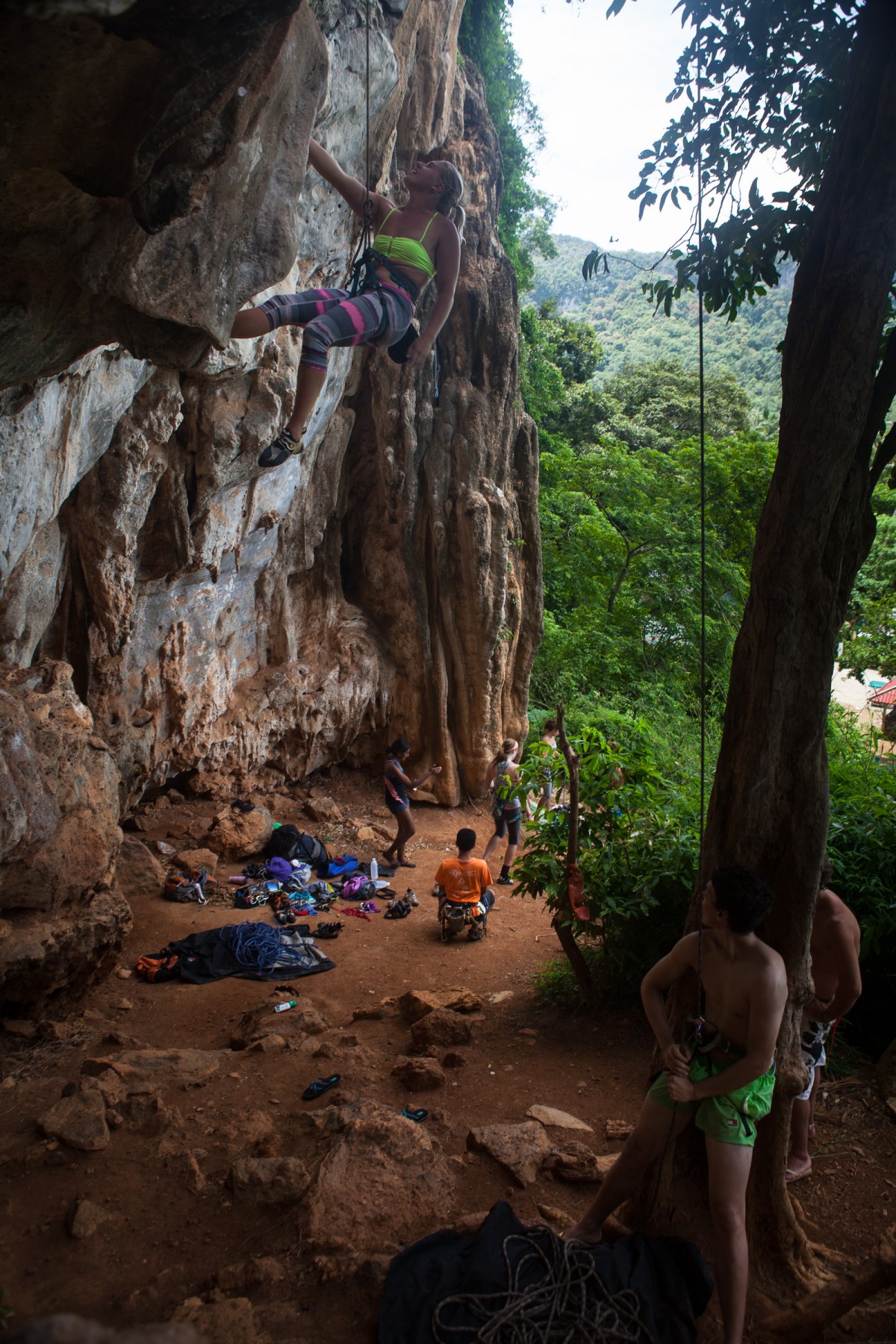 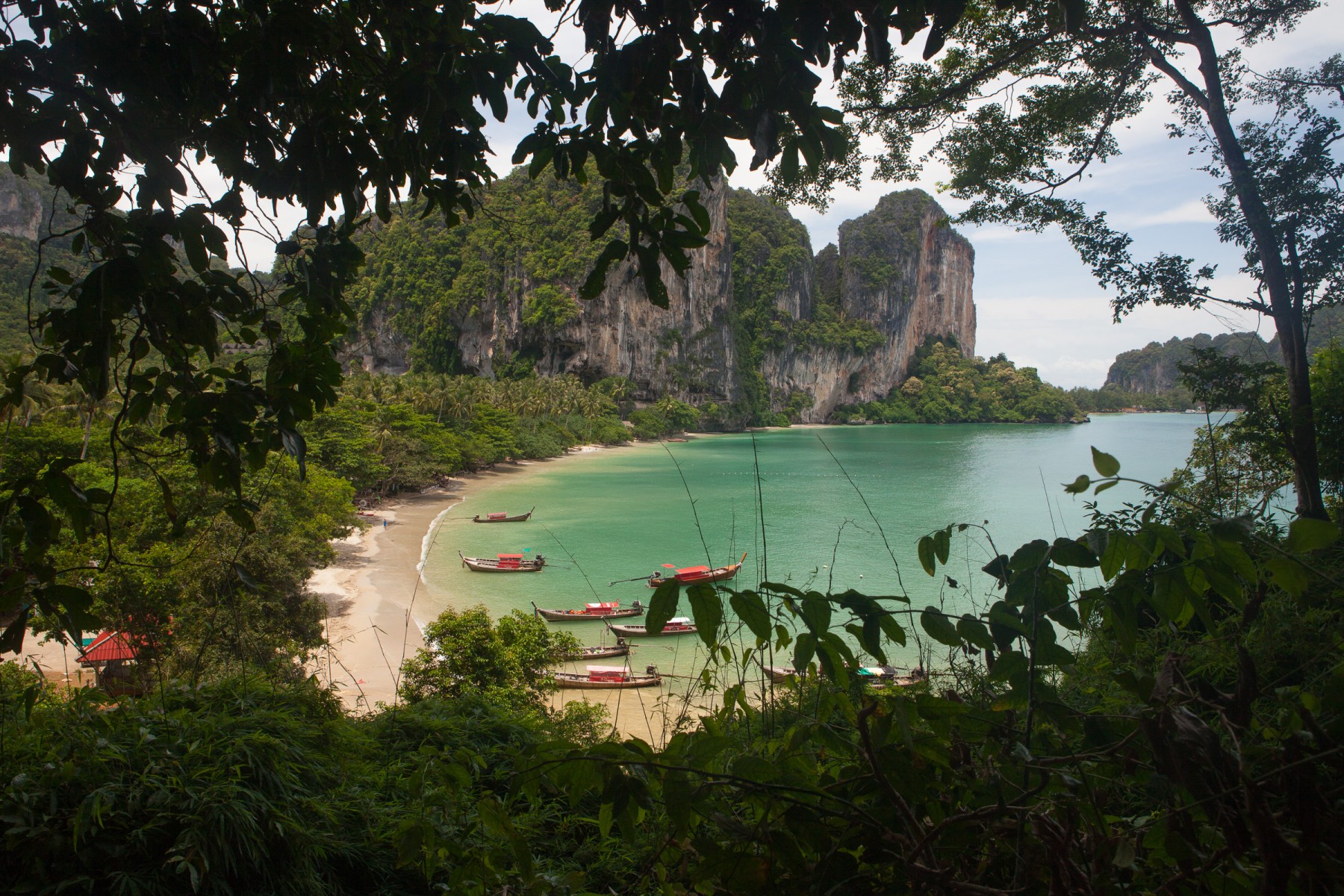 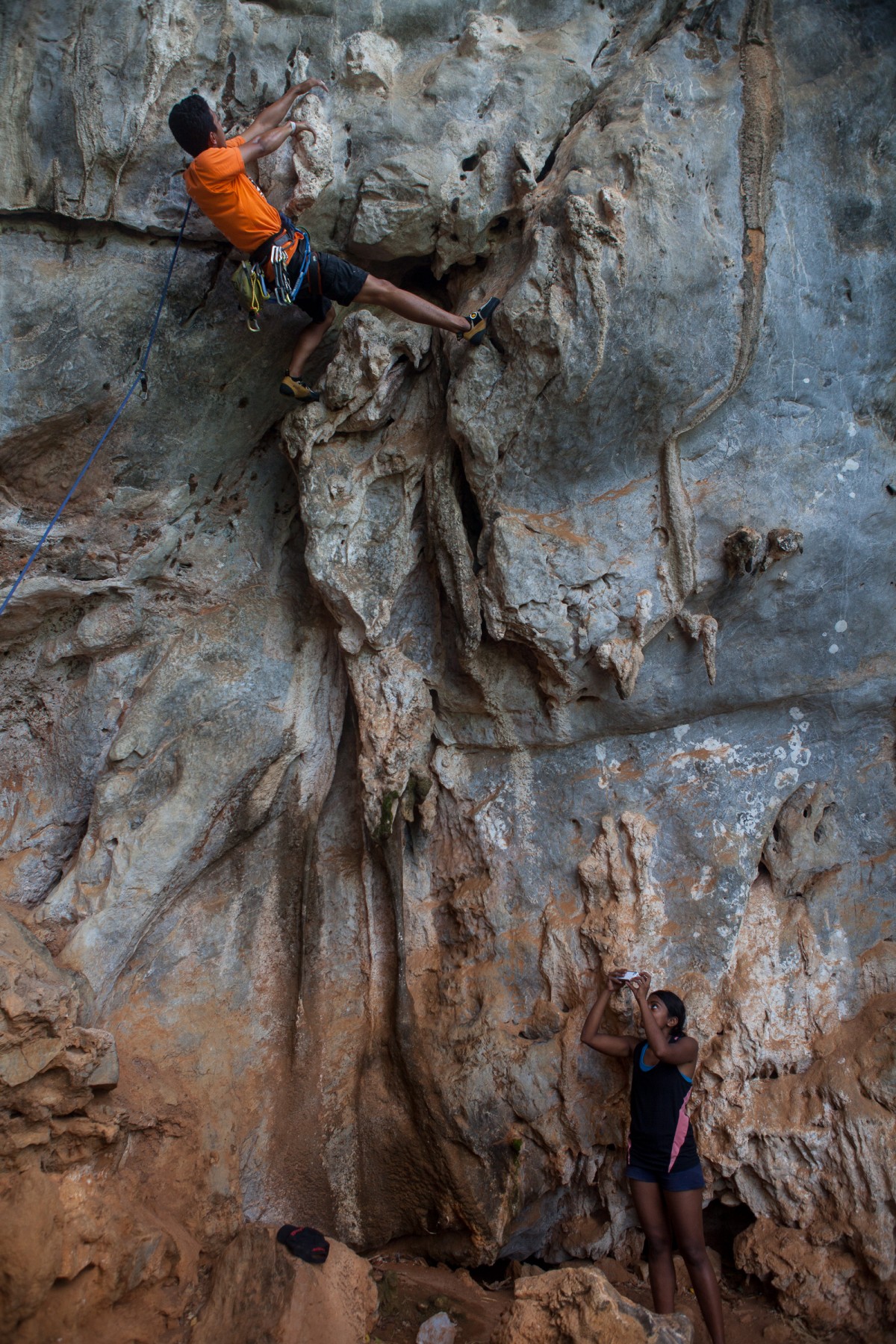 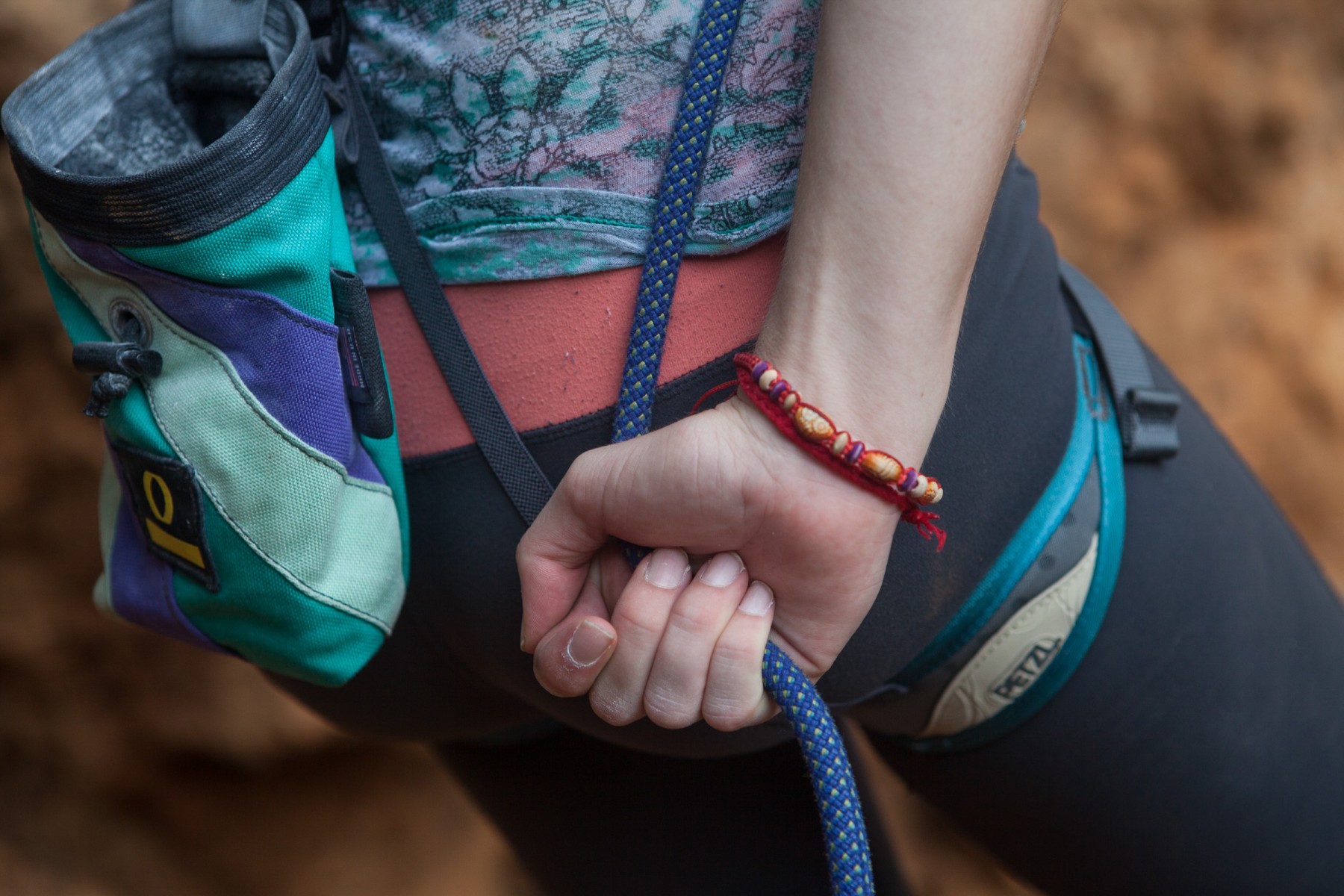 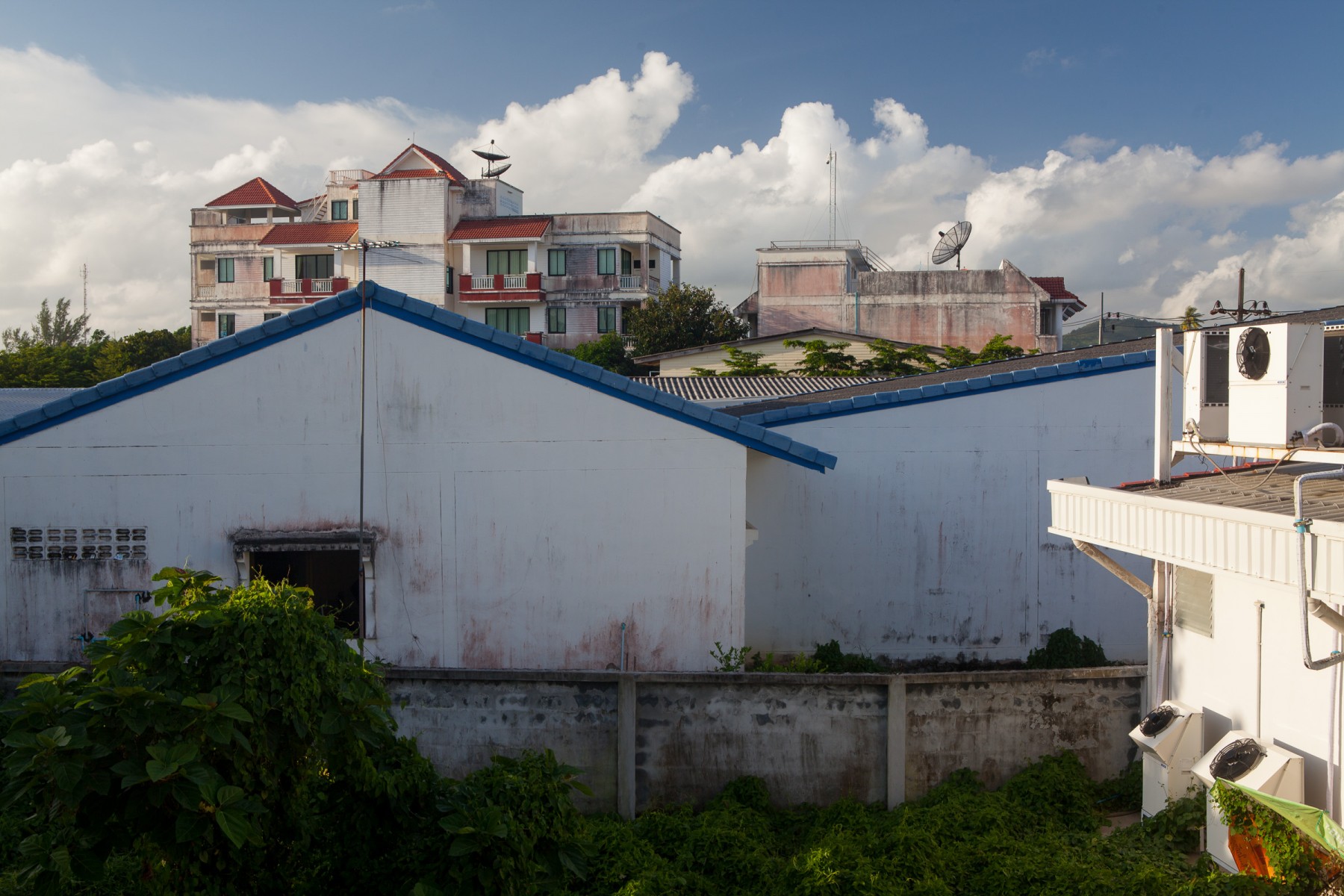 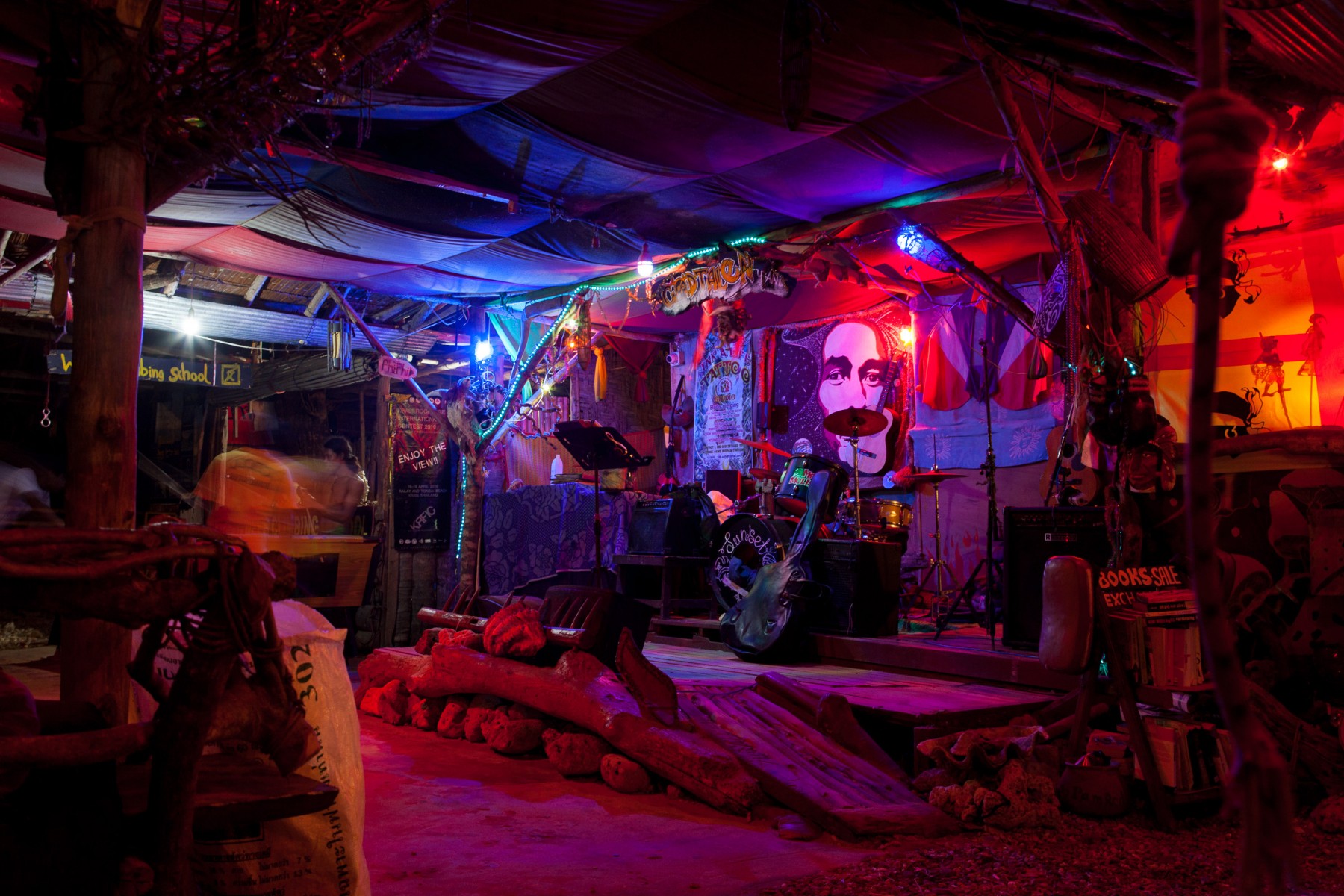 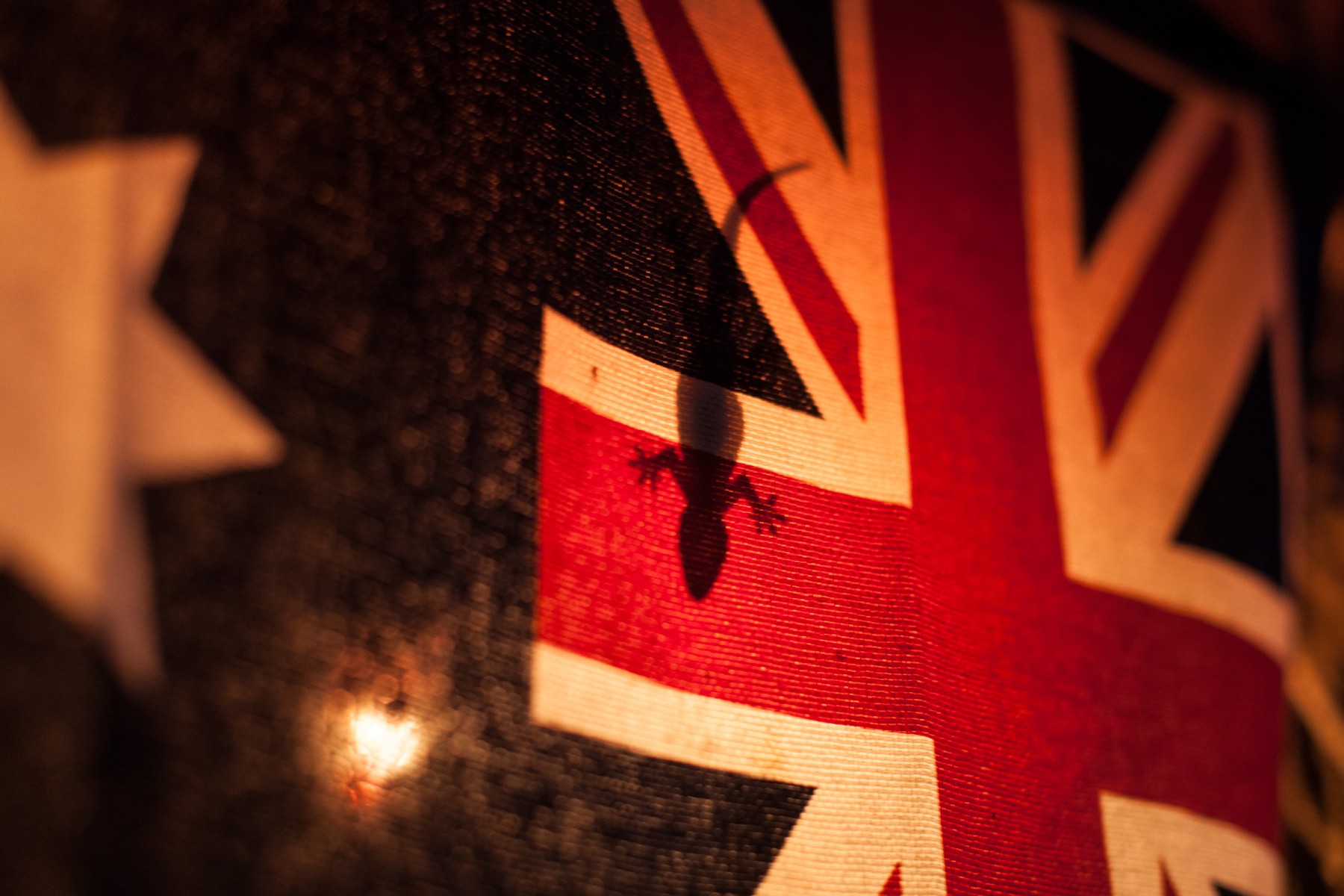 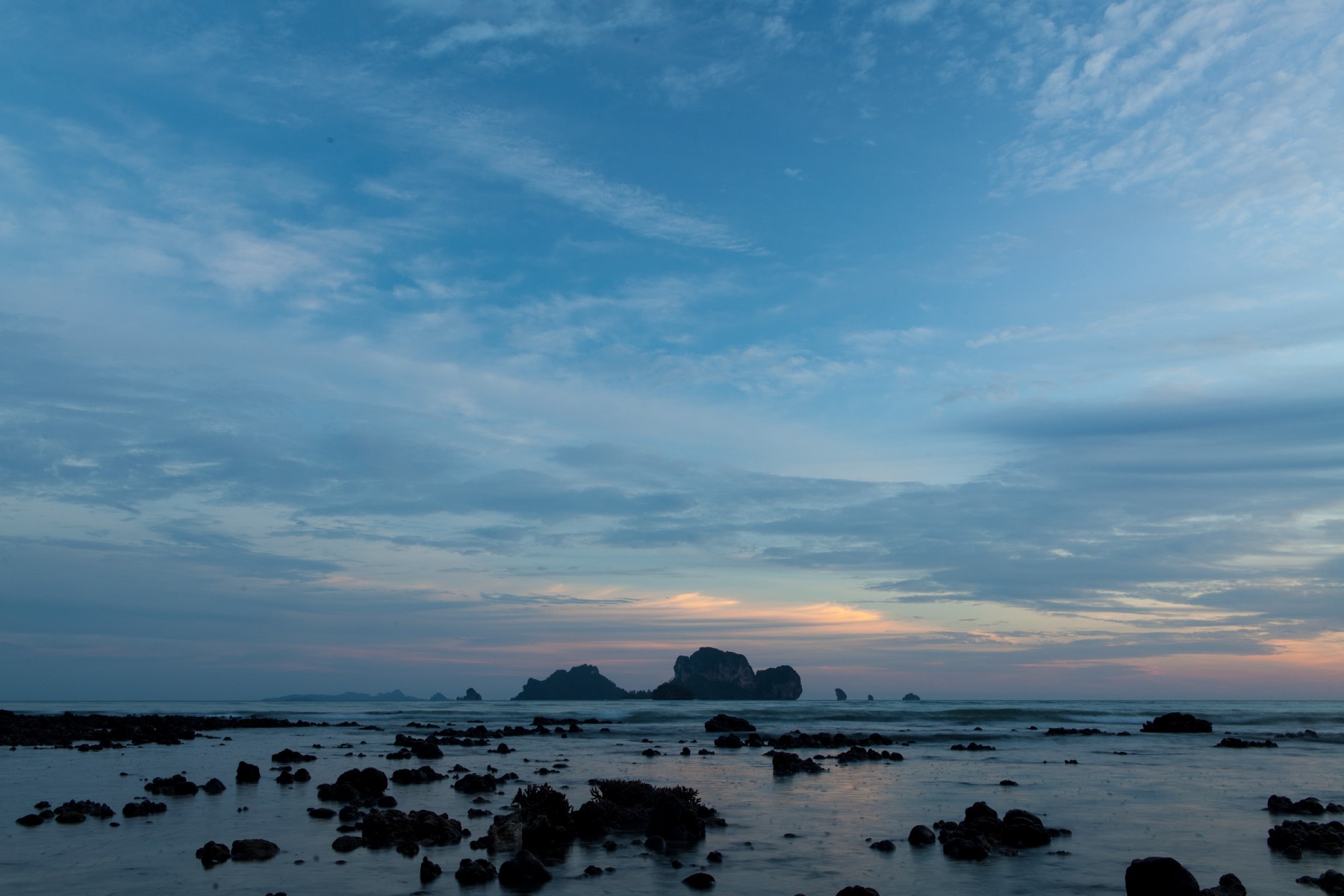 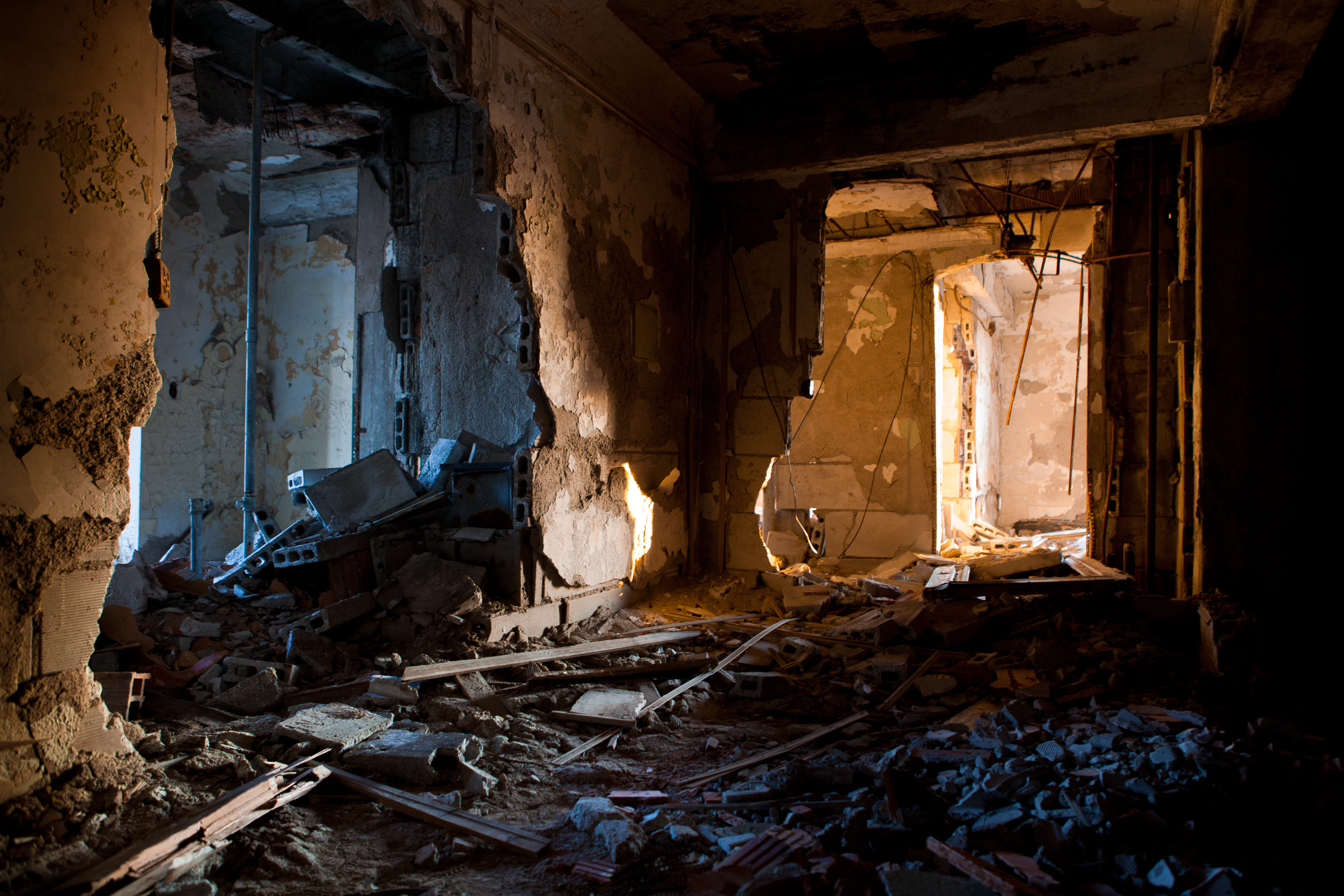 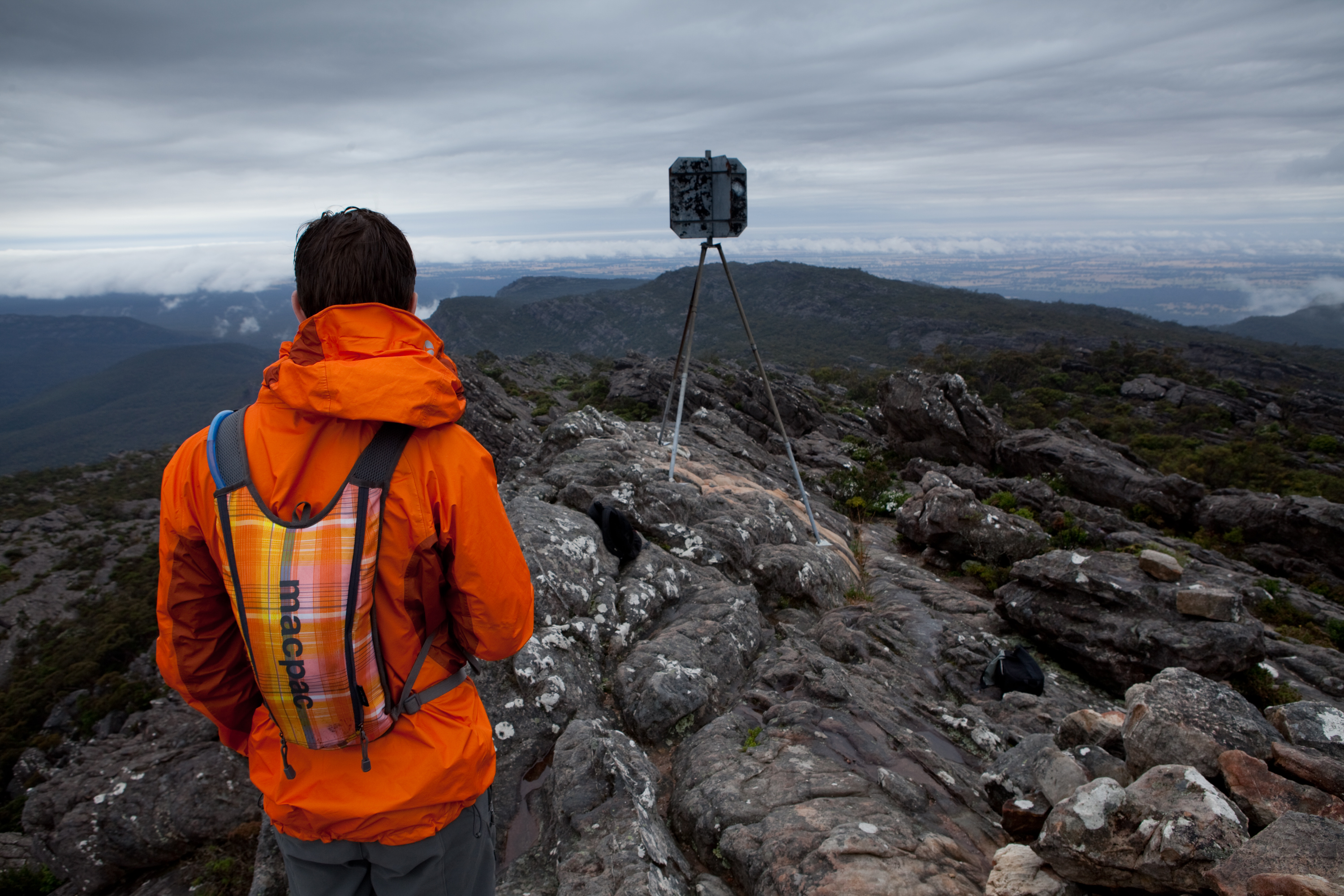 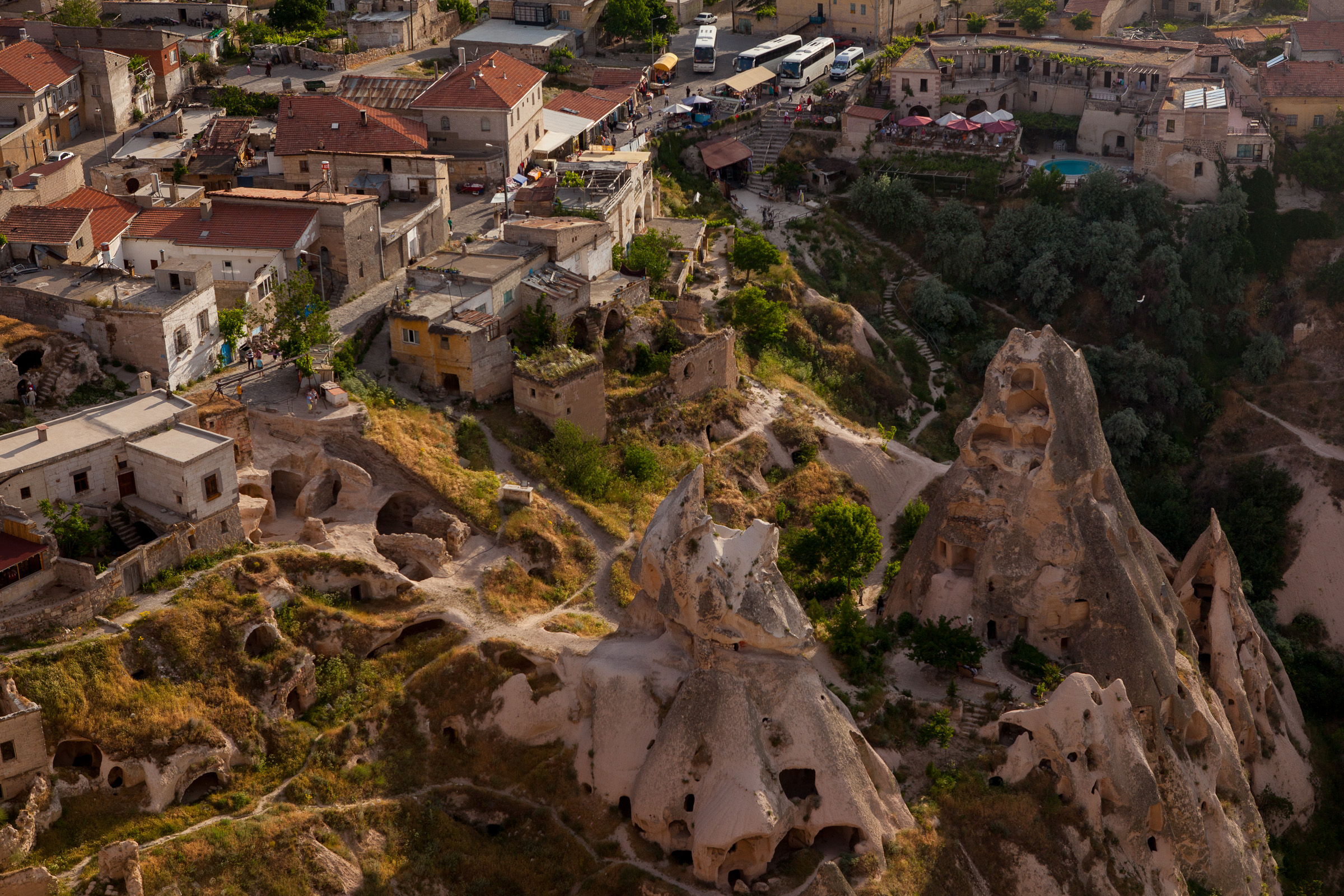