The entry point for my brief tour of China was the southern Province of Sichuan-famed for its incredibly spicy food and baffling theatrical performances.  I flew into the capital Chengdu at the start of October and explored the city between bouts of rain before venturing out into the nearby mountains.
Richard Pendavingh   Aug. 12, 2014 05:43 pm

Workers outside a department store in Chengdu, Sichuan Province, China

Chengdu is a monumental city by any non-Chinese standards. It’s home to 7.5 million people and it’s a major hub for China’s growing finance and tech sectors. My immediate impression was one of contrasts; ultra-modern skyscrapers and glossy corporate headquarters hemmed in by dense blocks of pre-fab concrete apartments adorned with AC units and laundry. The roads are teeming with the usual moped traffic but in amongst them you see the occasional Buick luxury sedan (the most popular car in China) or heavily tinted Porsche SUV. Very little seems to exist between those two extremes.

Western pop culture seems to have reached Chengdu in the form of time capsules only recently buried. The souvenirs in the nearby temple market commemorated the late Princess of Wales while a speaker system in the department store near our hostel played My Heart Will Go On by Céline Dion (turns out my experience was not unique).  Meanwhile some strange monkey insignia from an American fashion label has become the de-facto uniform for the entirety of China’s youth judging from my few short days in the country.  Some of the young city kids also have this cute-but-cringeworthy habit of dressing in matching clothes when they go on dates.

Clearly western consumer culture is having some influence despite a great deal of pushback from government censors. But that cultural transference isn’t a simple one-way street. Instead western brands are incorporated into the local culture. Inexplicably KFC is the largest restaurant chain in China but it’s more ‘Kentucky Fusion’ so you get things like rice congee, egg custard tarts and tree fungus salad to go with your crispy chicken-like material.  It’s the little differences.

That transference cuts both ways of course- and the version of Chinese food often found in Australian restaurants is somewhat tailored to local tastes and expectations. Today I was challenged by an ex-pat Brit I work with to cite one example of a uniquely Australian food. The answer, of course, is the deep-fried ‘dim sim’ which bears little to no resemblance to any dim-sum dish found in China or anywhere else in Asia for that matter.

Sichuan cuisine, on the other hand, is very unique and rightfully famous. It’s generally heavy on the chilli oil, garlic and ginger but you also find a really wide variety of vegetable and tofu dishes to offset the eye-watering hotpots and tongue-numbing Sichuan-pepper dishes.  For the few days we were there my mate Haddow and I kept coming back to kung pao chicken, mapu-tofu and little oil-drenched aniseed pancake things made by street vendors.  The pancake makers were always rangy-looking old guys half hidden by the steam from fry cookers tucked under the awnings of buildings in laneways and side streets.  I don’t know how long I could have gone on with that diet however. One of the problems with staying in hostels for short stints is that you rarely have enough time to find out where to get the more day-to-day foodstuffs that everybody presumably lives on so you end subsisting on exotic foods and restaurant meals.

The temptation as a visitor to any place that has been relatively untouched by outside influences is to hope that it will remain that way.  I think travelers get a glimpse of the way things work in other places and automatically assume that globalisation can only have a detrimental effect.  But in a market outside the Wenshu monastery I saw stalls dedicated entirely to ingredients for traditional Chinese medicine- including antlers and horns and rare sea creatures and at least one tiger paw.  For the many species threatened by Chinese mysticism the tide of modernisation cannot rise fast enough.

But perhaps the most obvious sign of western influence almost slipped by unnoticed. It took a few days before I realised that many of the advertising billboards and posters I was seeing were actually state-sponsored messages. Because the artwork resembles advertising material I didn’t recognise, for example, that the red ‘Chinese Dream’ poster on a rotating billboard outside an apartment complex in Chengdu was not promoting some specific product or brand. It’s actually just an aspirational party slogan. In an article for the New York Times Murong Xuecun explains;

“Although the China Dream does not yet have an official definition, provincial versions (the Henan Dream, the Guangdong Dream) and thematic versions (the Space Dream, the Aircraft-Carrier Dream, the Sports Dream) have sprung up. A hospital that specializes in infertility treatments in Chengdu, in Sichuan Province in southwestern China, even trotted out this message: “The China Dream, the Pregnancy Dream.”

That sort of political advertising is somewhat disconcerting but the ‘China Dream’ is a big improvement over some of the more terrifying public service slogans that have been employed historically to bolster the One-Child Policy.

The last couple of photos in this series are from Bifengxia gorge a couple of hours south west of Chengdu. There we discovered a feature of  Chinese tourism that I became more familiar with in the following week- a tendency to make the inaccessible as accessible as possible. In the case of Bifengxia a shuttle bus dropped us off at the door of a multi million dollar visitors centre in the middle of the national park with turnstiles and concrete paths leading to a 100 meter lift shaft that took us to the floor of the gorge.  From there we followed a single concrete path – always separated from the forest by concrete hand rails molded to resemble timber.  The impression you get, intentional or otherwise, is that the gorge is simply the backdrop for a theme park that you’ve found yourself in.  I get the sense that if the park’s planners could have feasibly come up with a way of taking the tourists through the gorge on an airport travelator they would have done so without hesitation.

Despite all this, the gorge is beautiful and you can still see traces of the history if you pay close attention.  Way up on the side of a cliff I  pointed out to Haddow a group of dark rectangular shapes.  They didn’t look like natural structures but they also didn’t look like they were part of any recent construction.  Only a dim memory of an article in National Geographic tipped me off – they were coffins.  Researching later I learned that they were constructed, at various times, by the Bo people who were early inhabitants of the region.  The coffins are generally made of a single hollowed out piece of hardwood, lowered down the cliff and balanced on cantilevered beams set into the limestone.  Not a great deal is known about the Bo as their culture was virtually wiped out by genocidal wars undertaken during the Ming Dynasty.  According to the China Internet information Centre;

The Bo differed from other ethnic groups in their burial customs. Typically hewn from durable hardwood logs, their hanging coffins went unpainted. The most recent hanging coffins were made up to about 400 years ago in the middle and later periods of the Ming Dynasty (1368-1644), while many of the earliest ones date back 1,000 years to the Song Dynasty (960-1279). To date, the earliest hanging coffin was one found in the Three Gorges area, dating back about 2,500 years to the Spring and Autumn Period (770 BC- 476 BC).

But that’s the sort of thing you see as a tourist in China.  Wherever you look there is stark contrast between the modern and the ancient and the artificial and the natural.  Sichuan province brings to mind a quote by cyberpunk author William Gibson; The future is already here — it’s just not very evenly distributed. 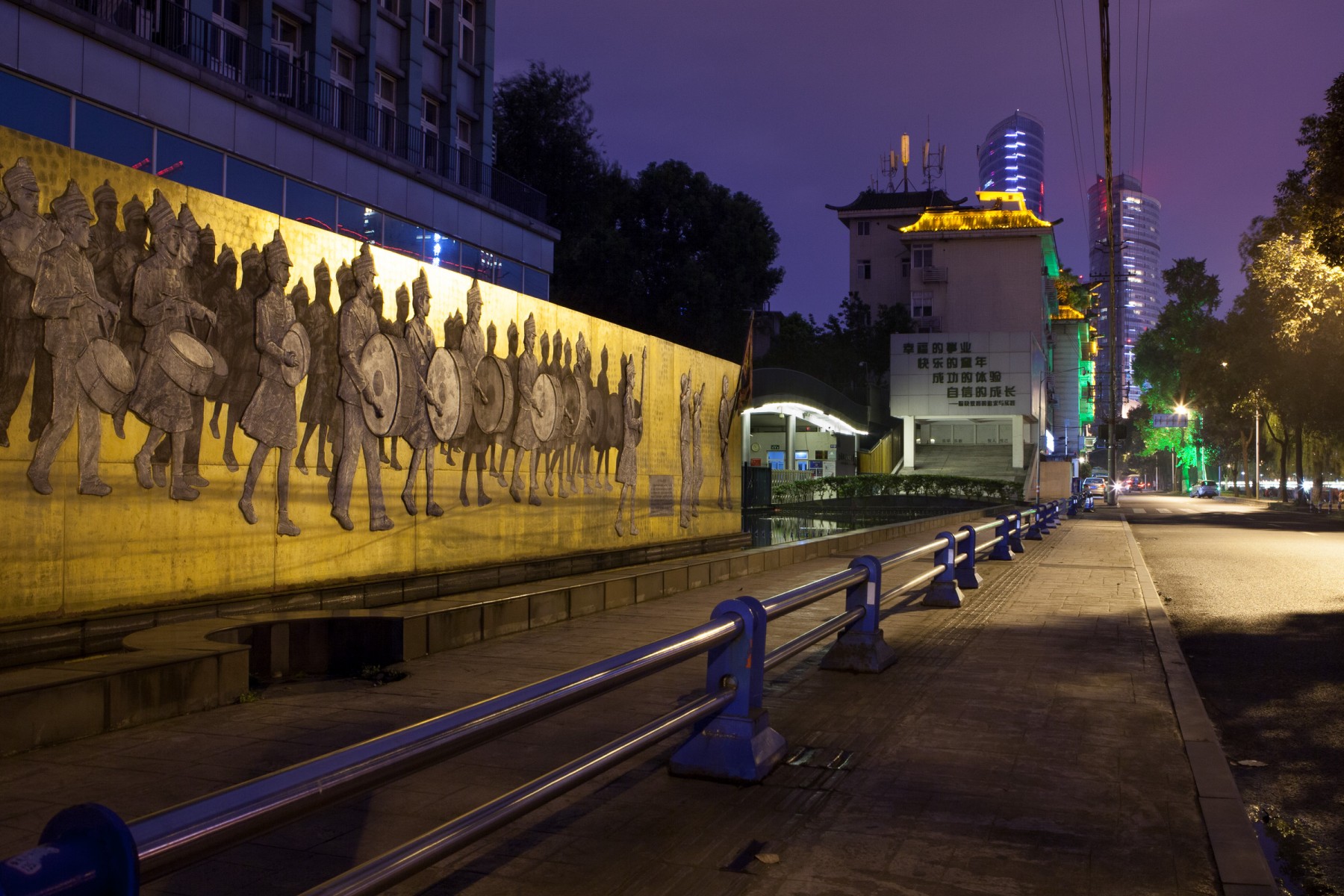 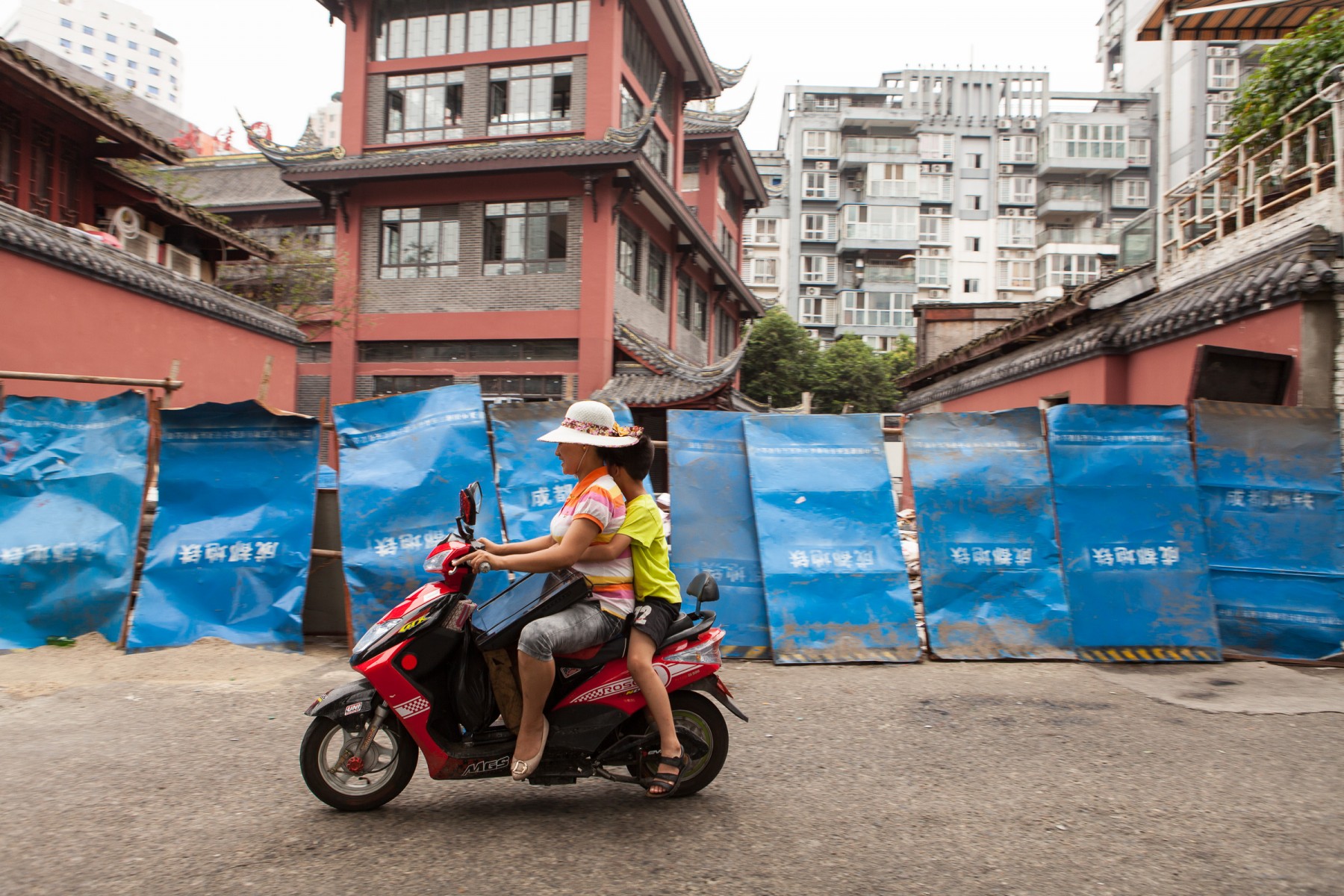 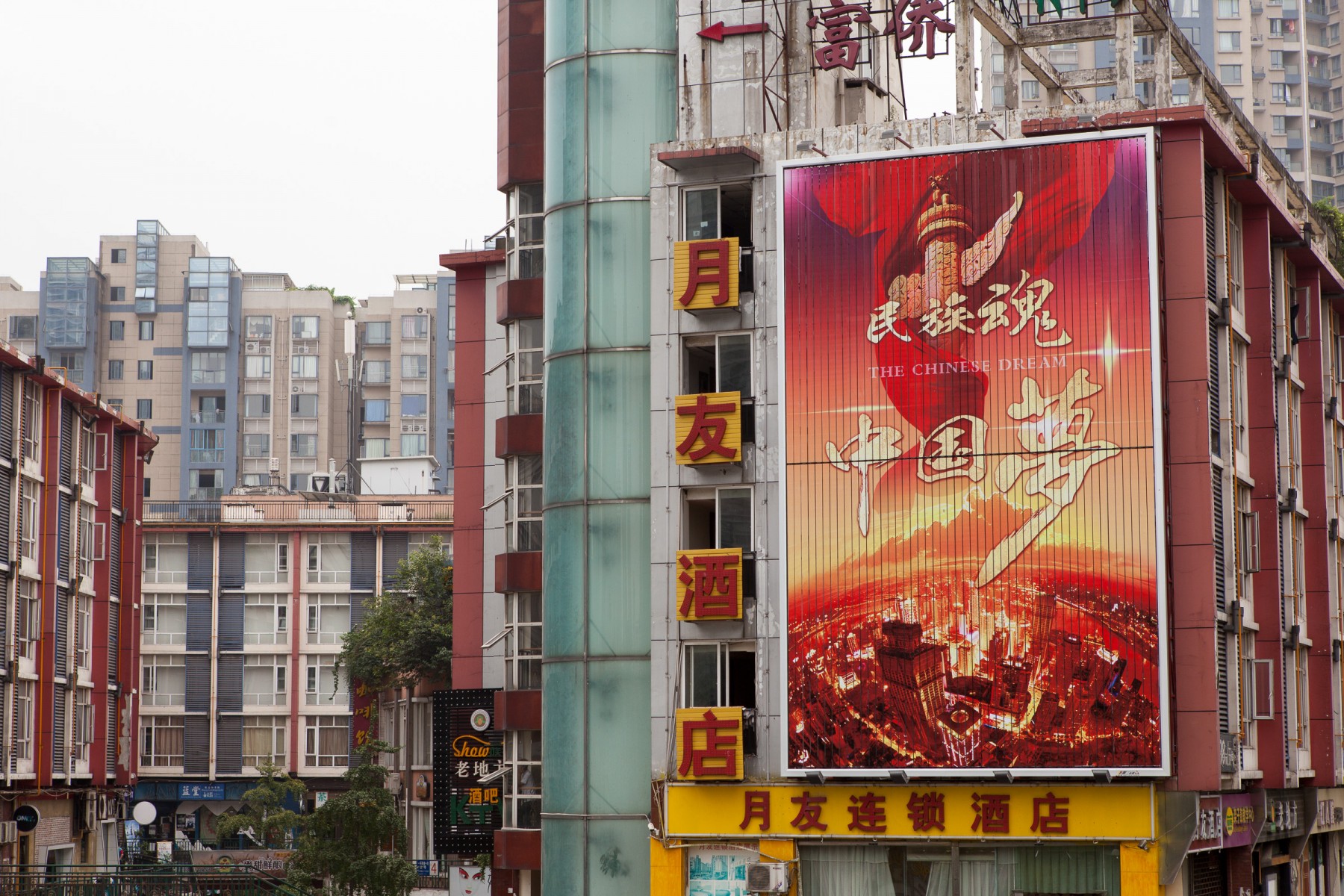 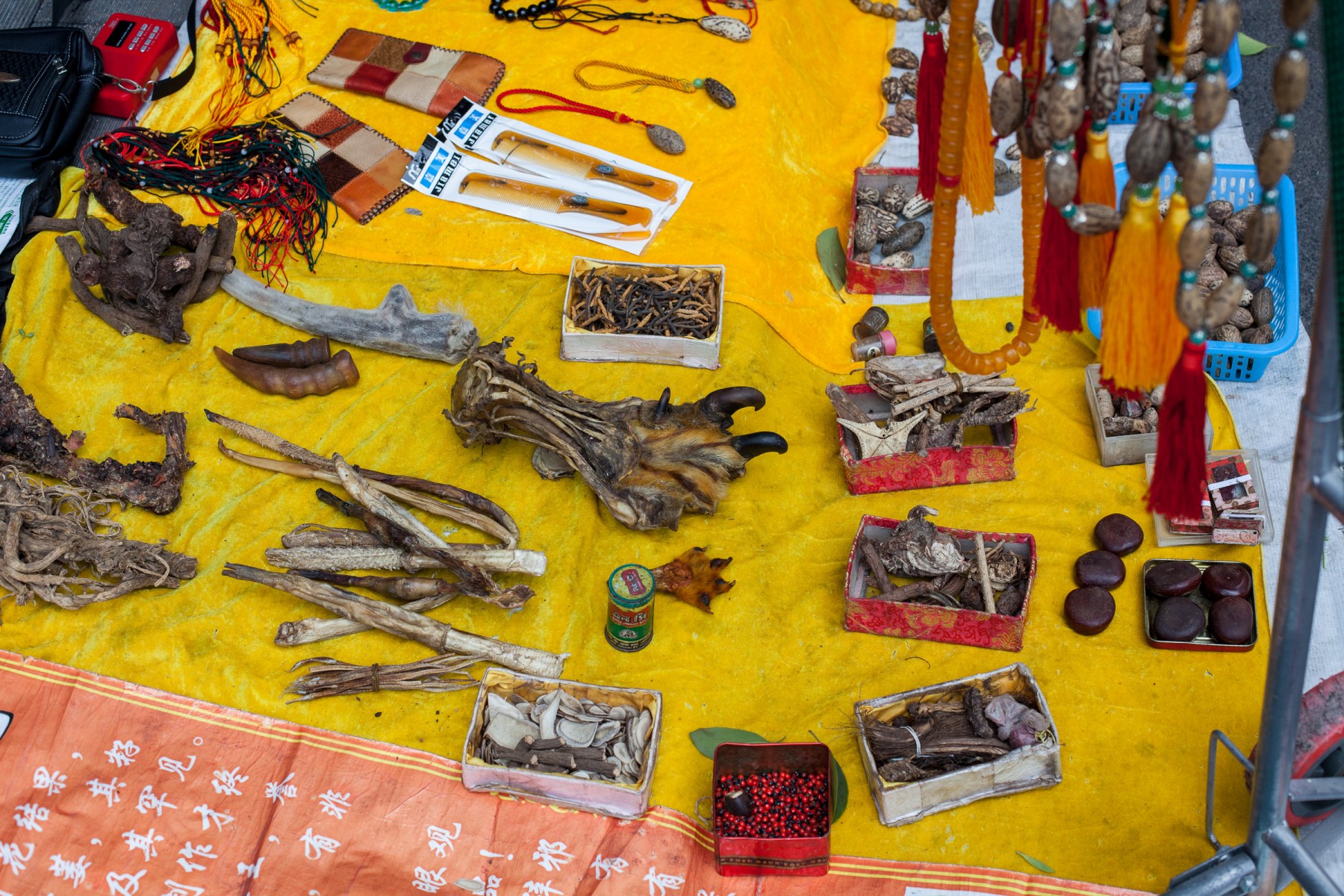 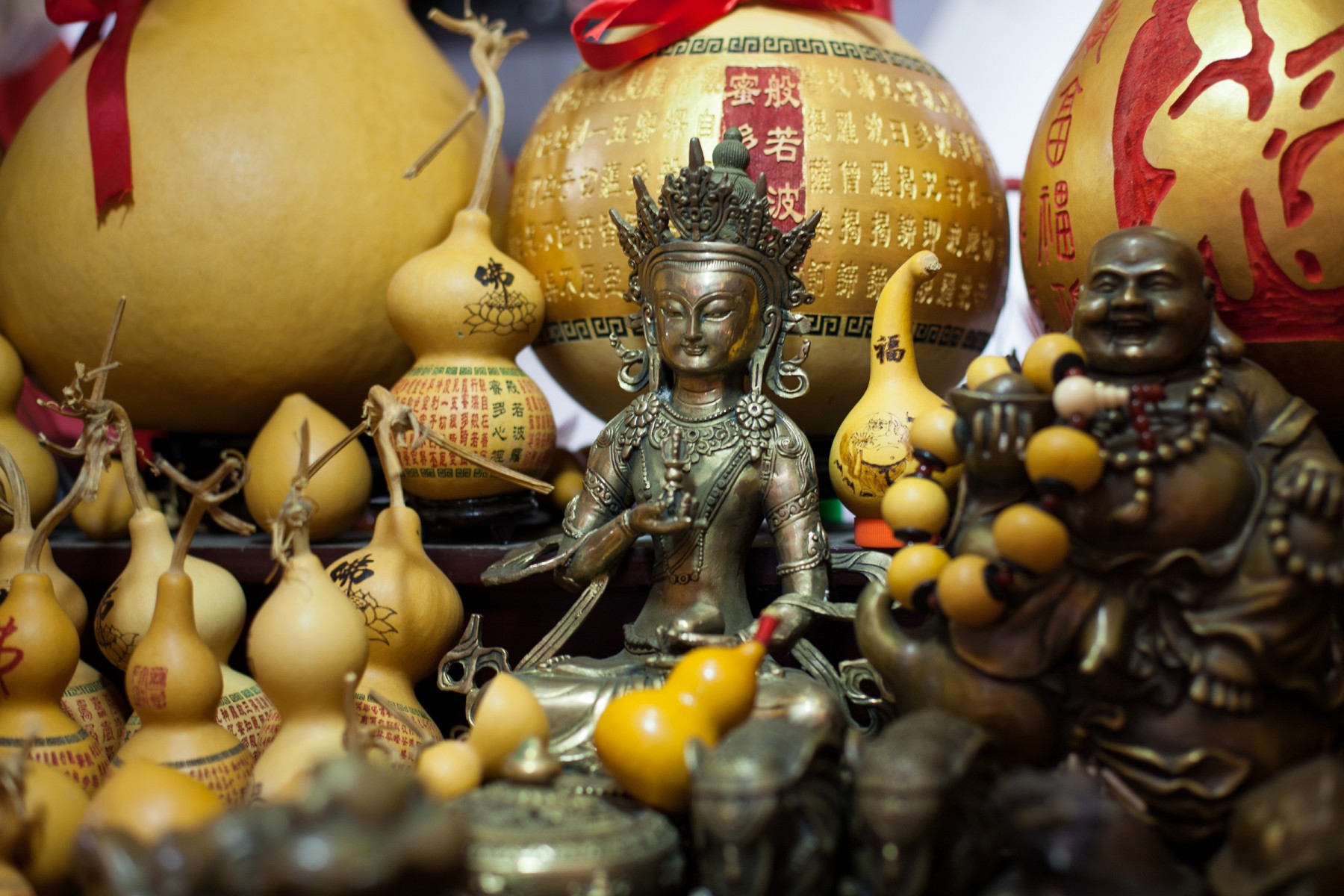 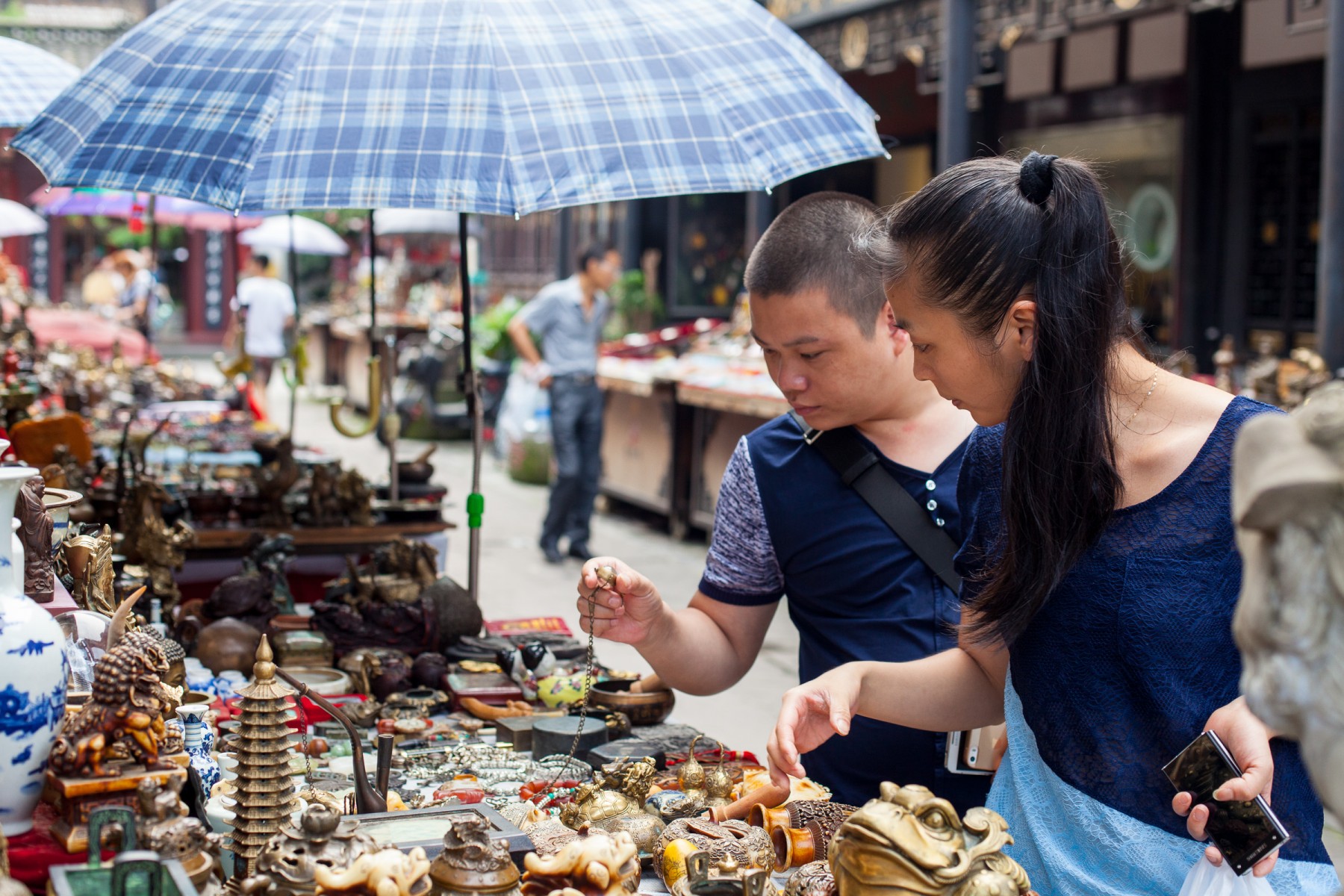 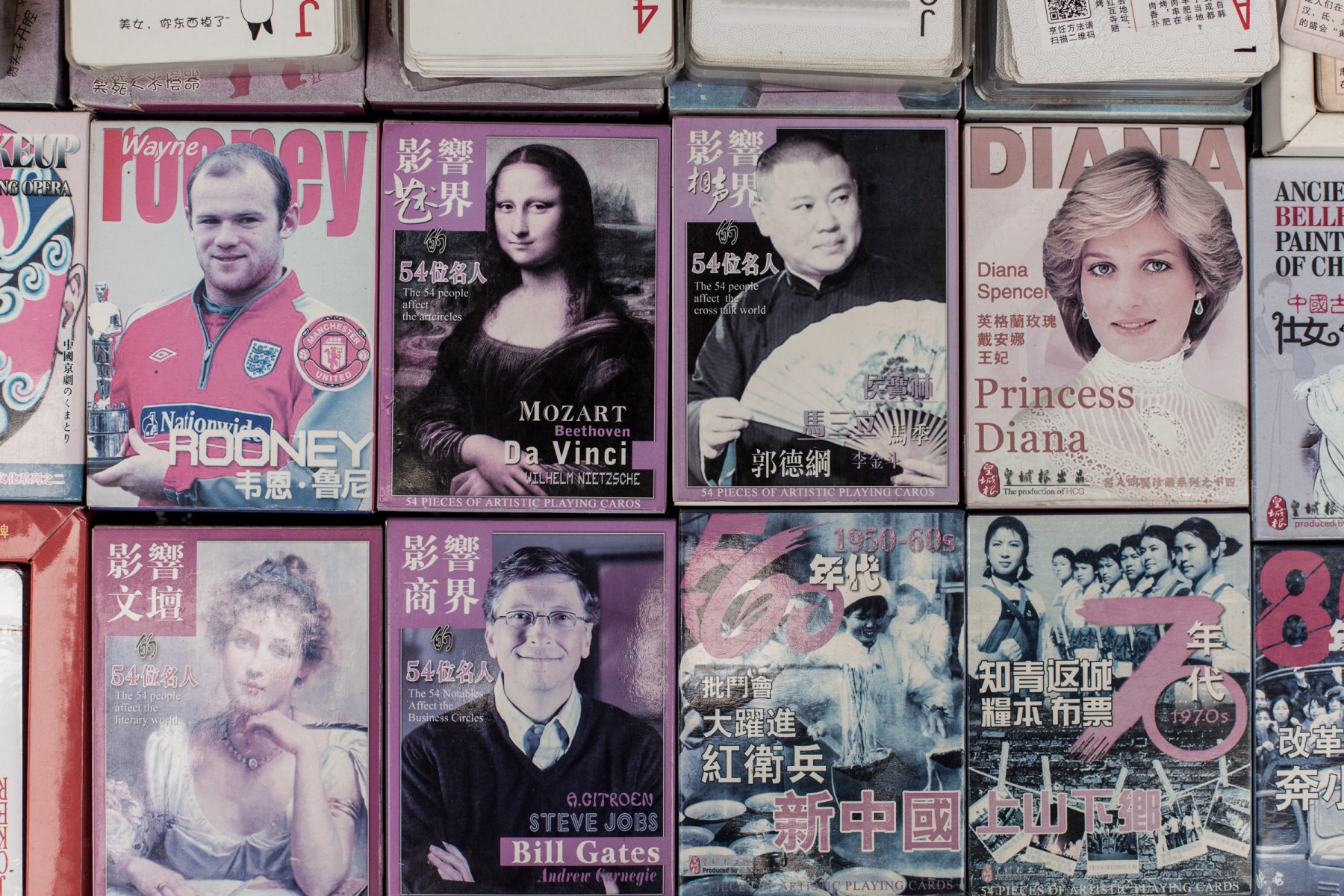 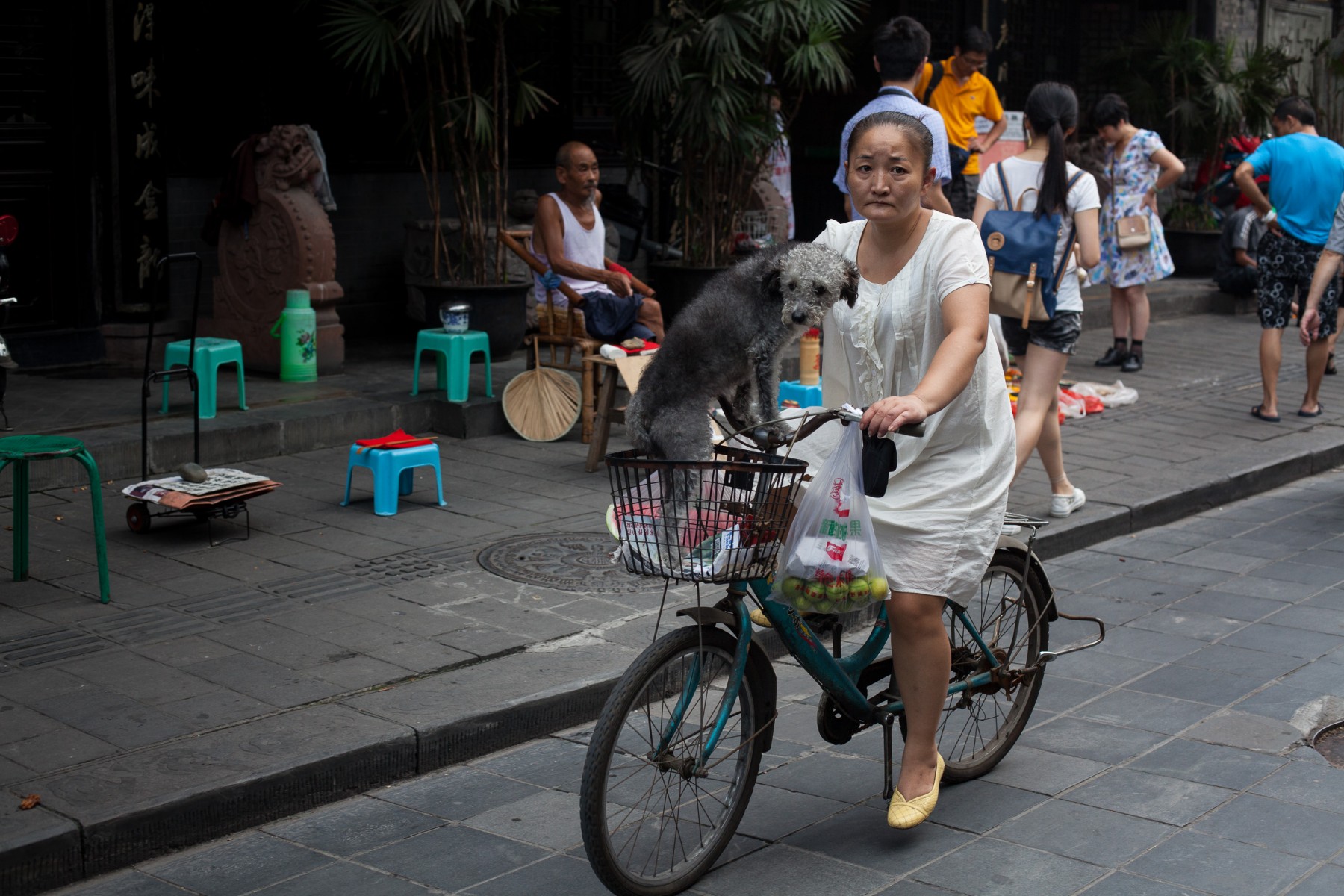 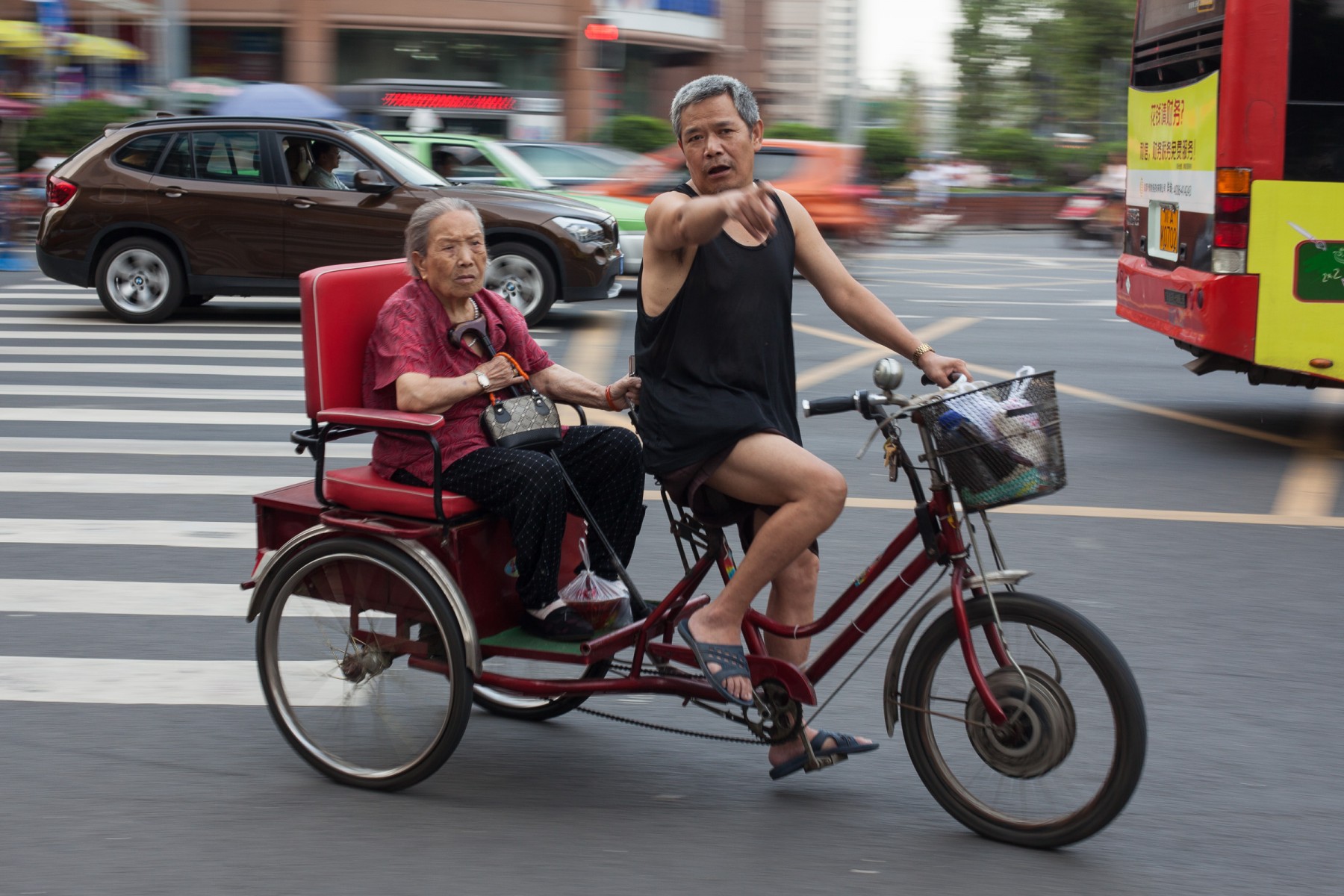 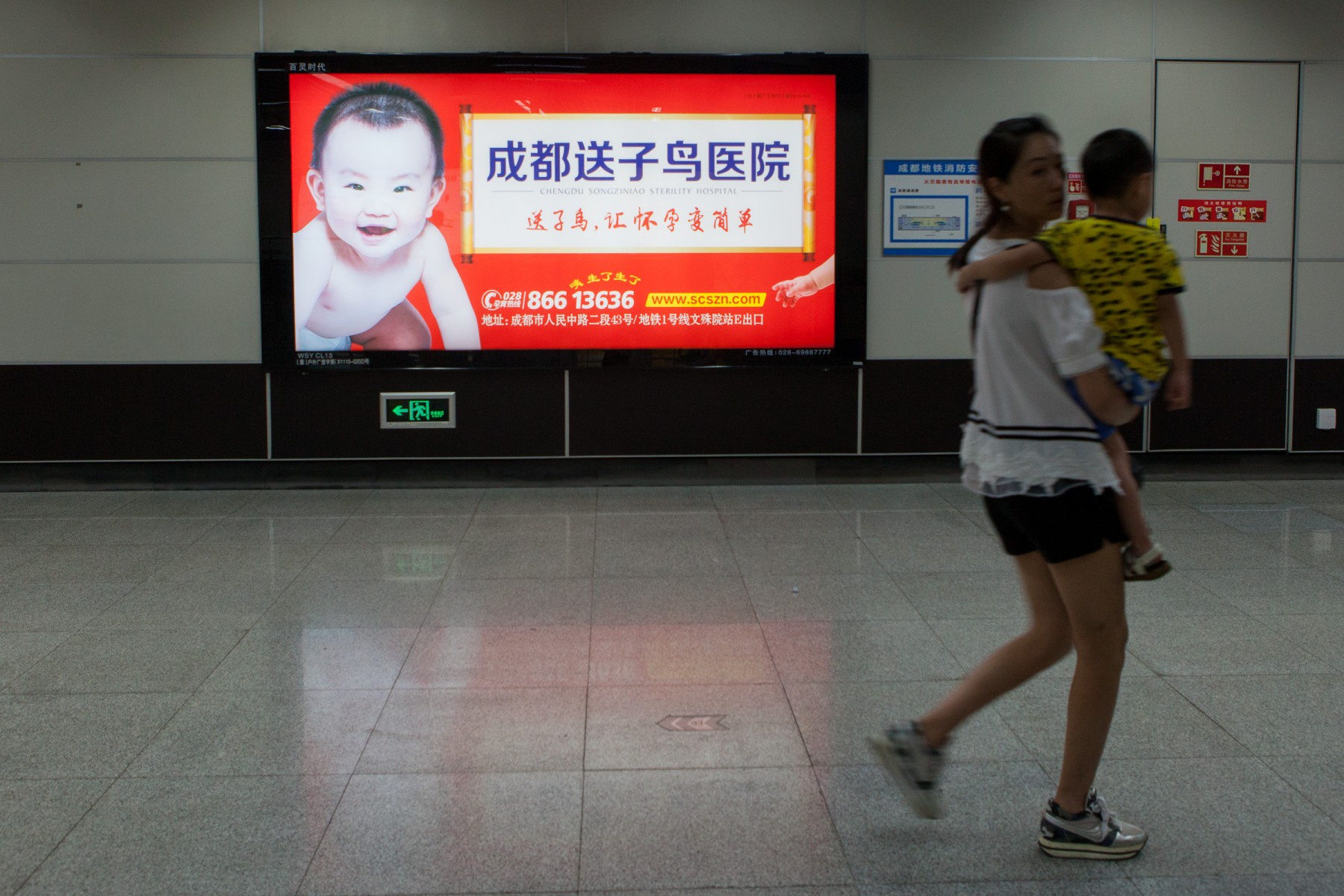 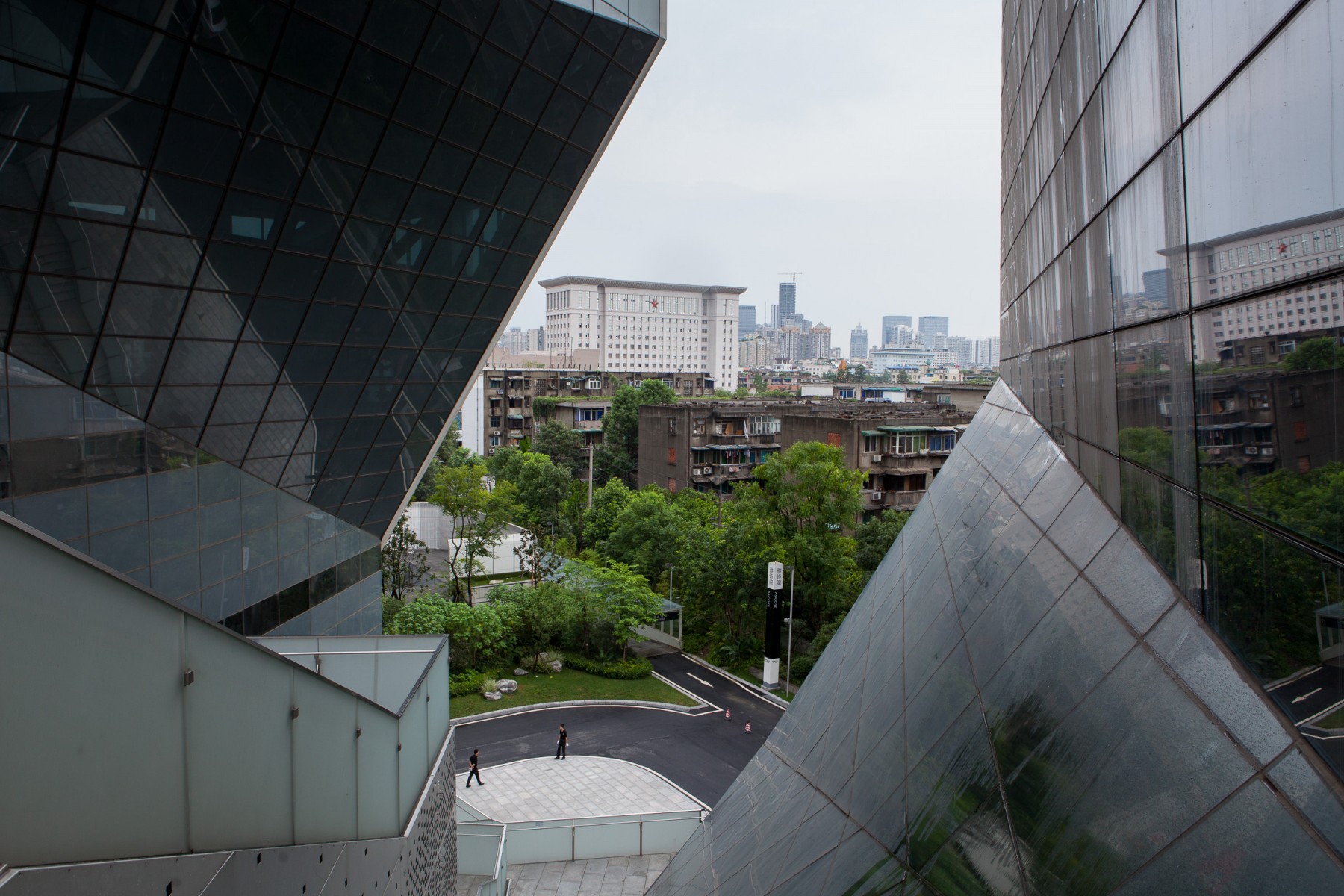 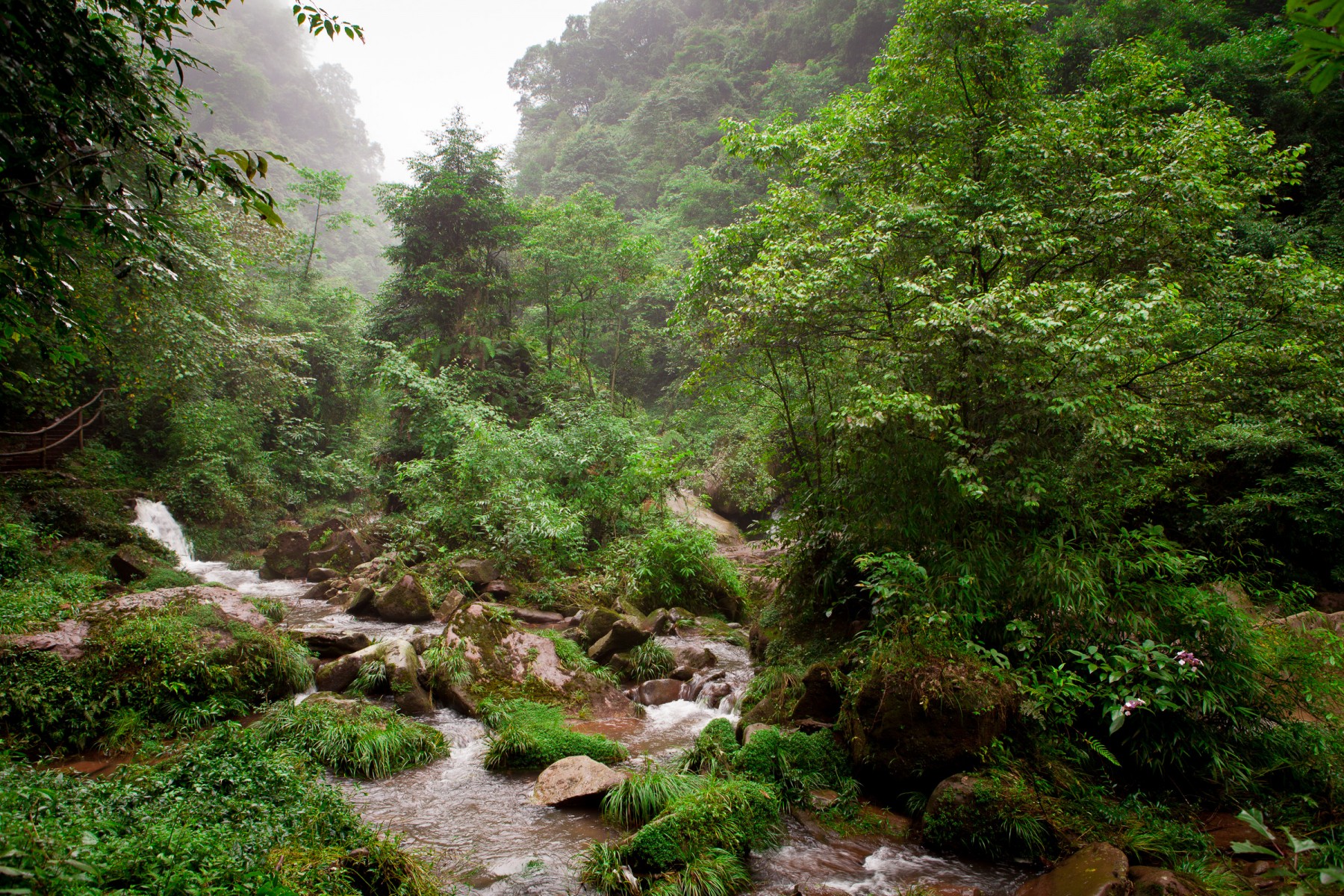 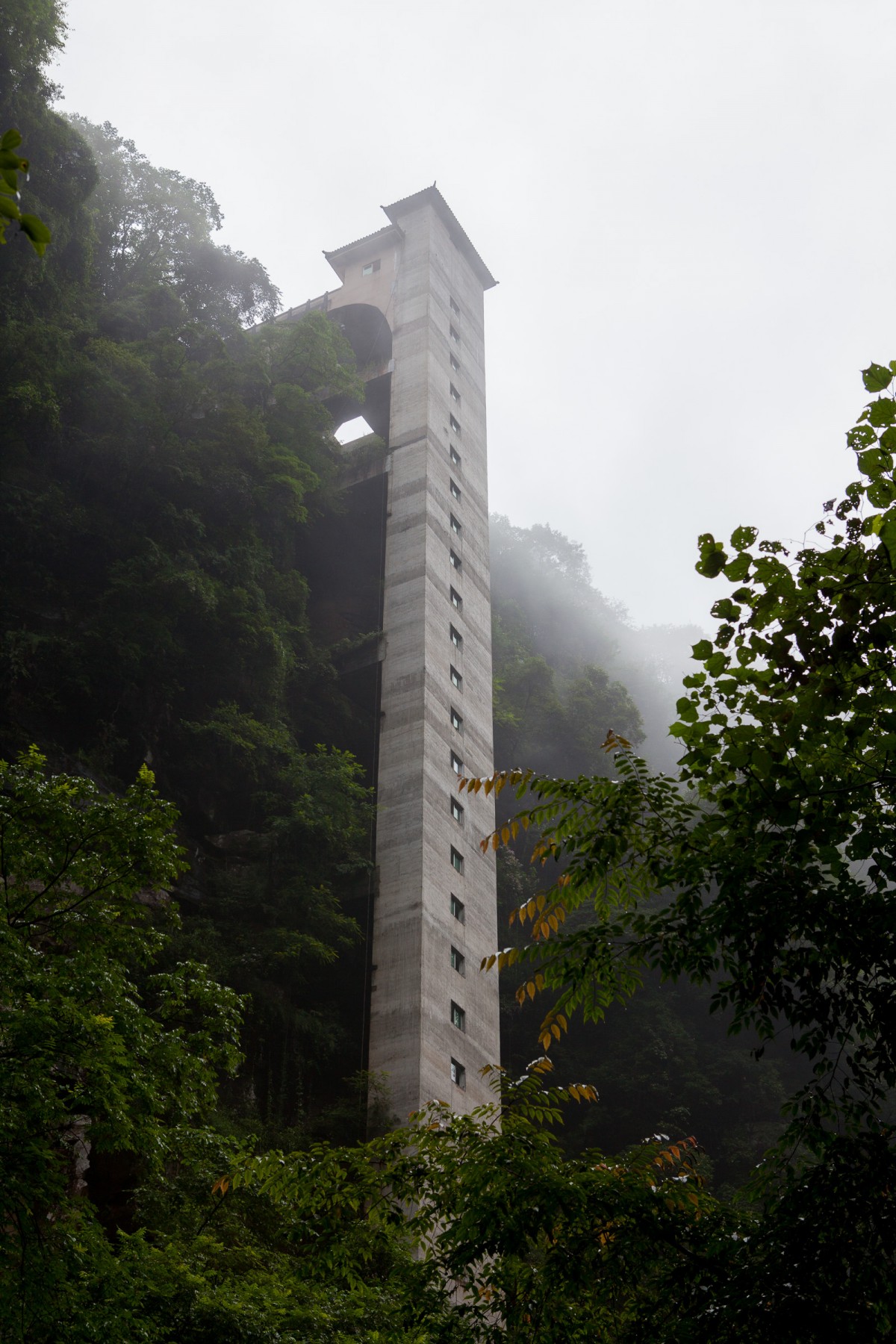 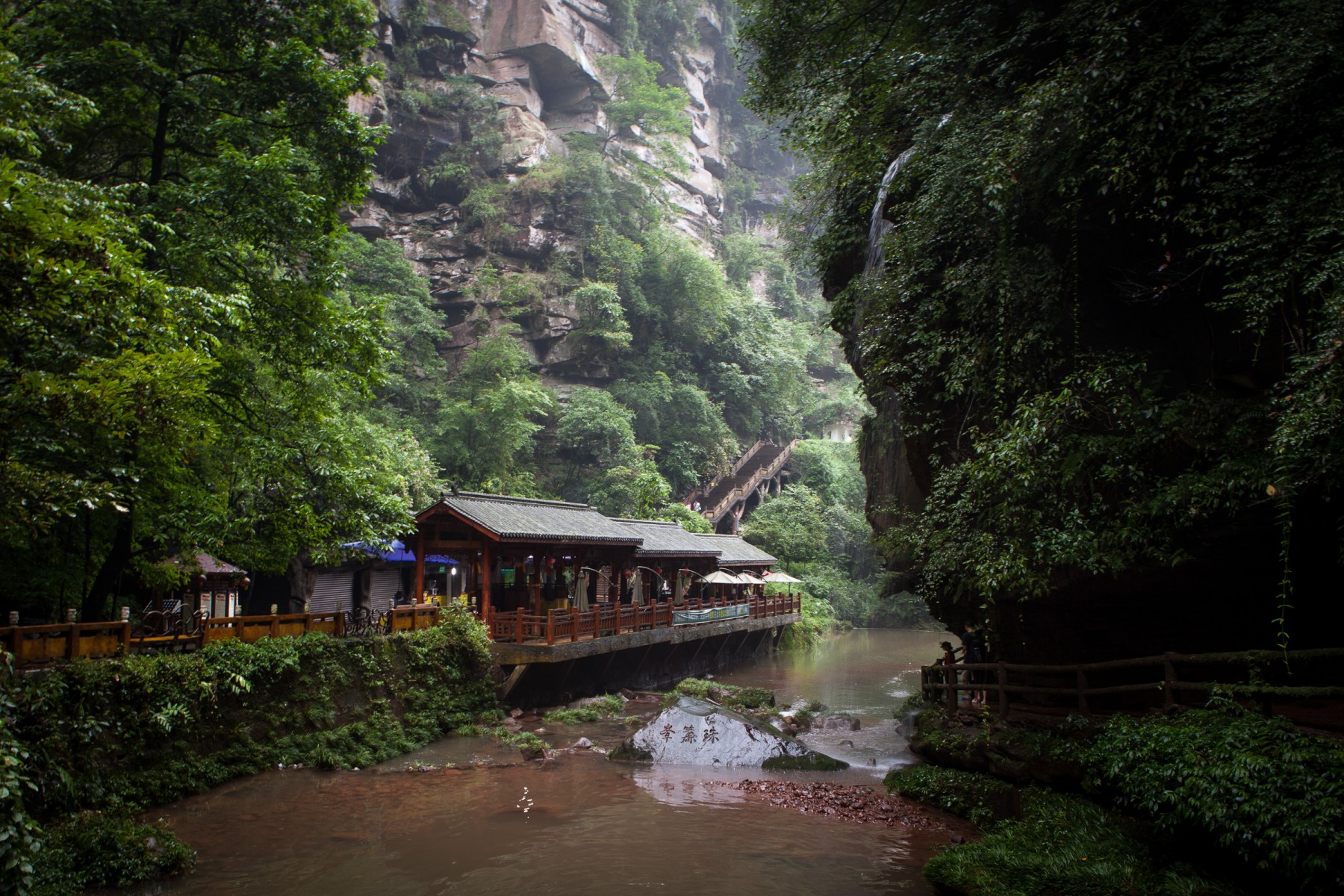 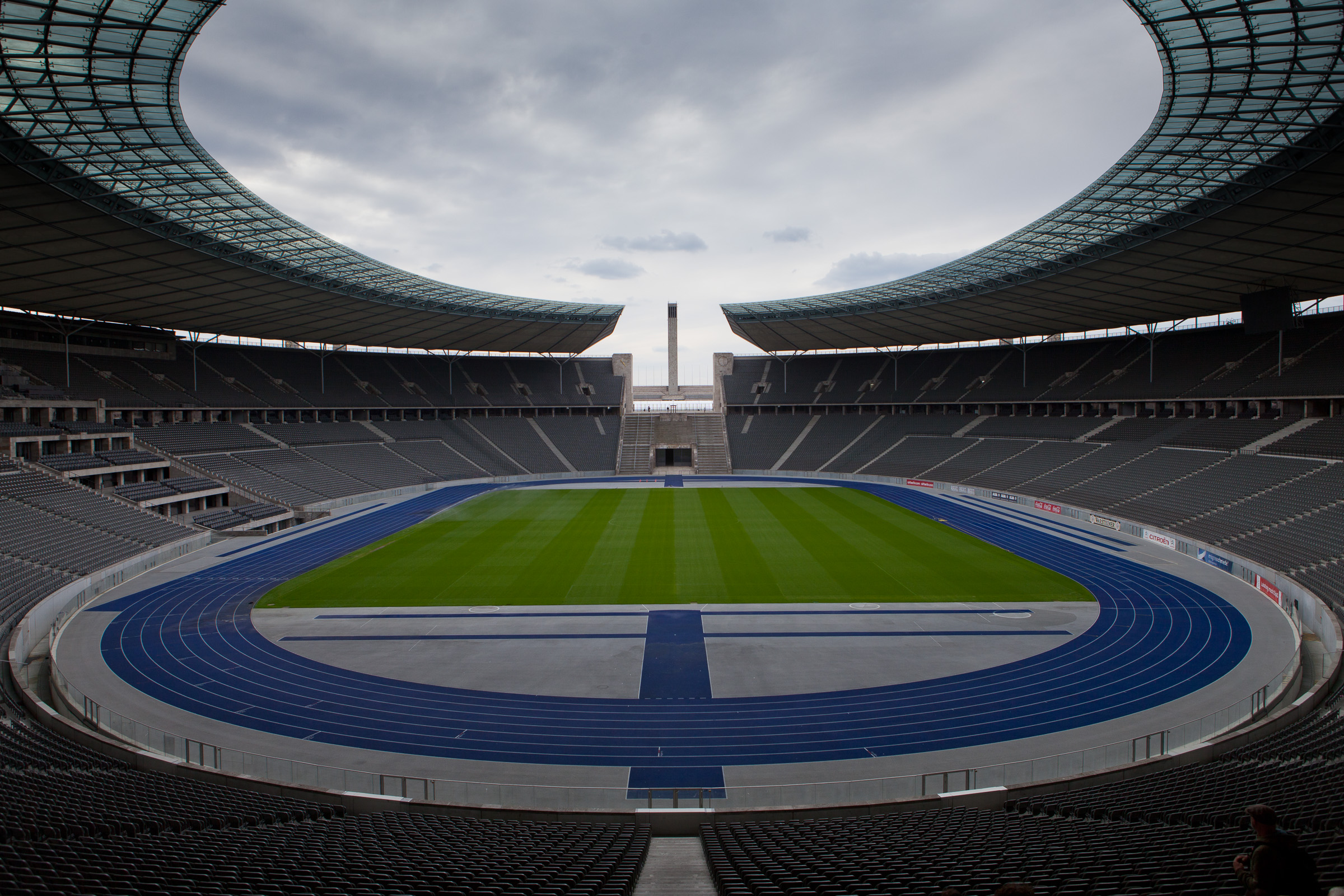 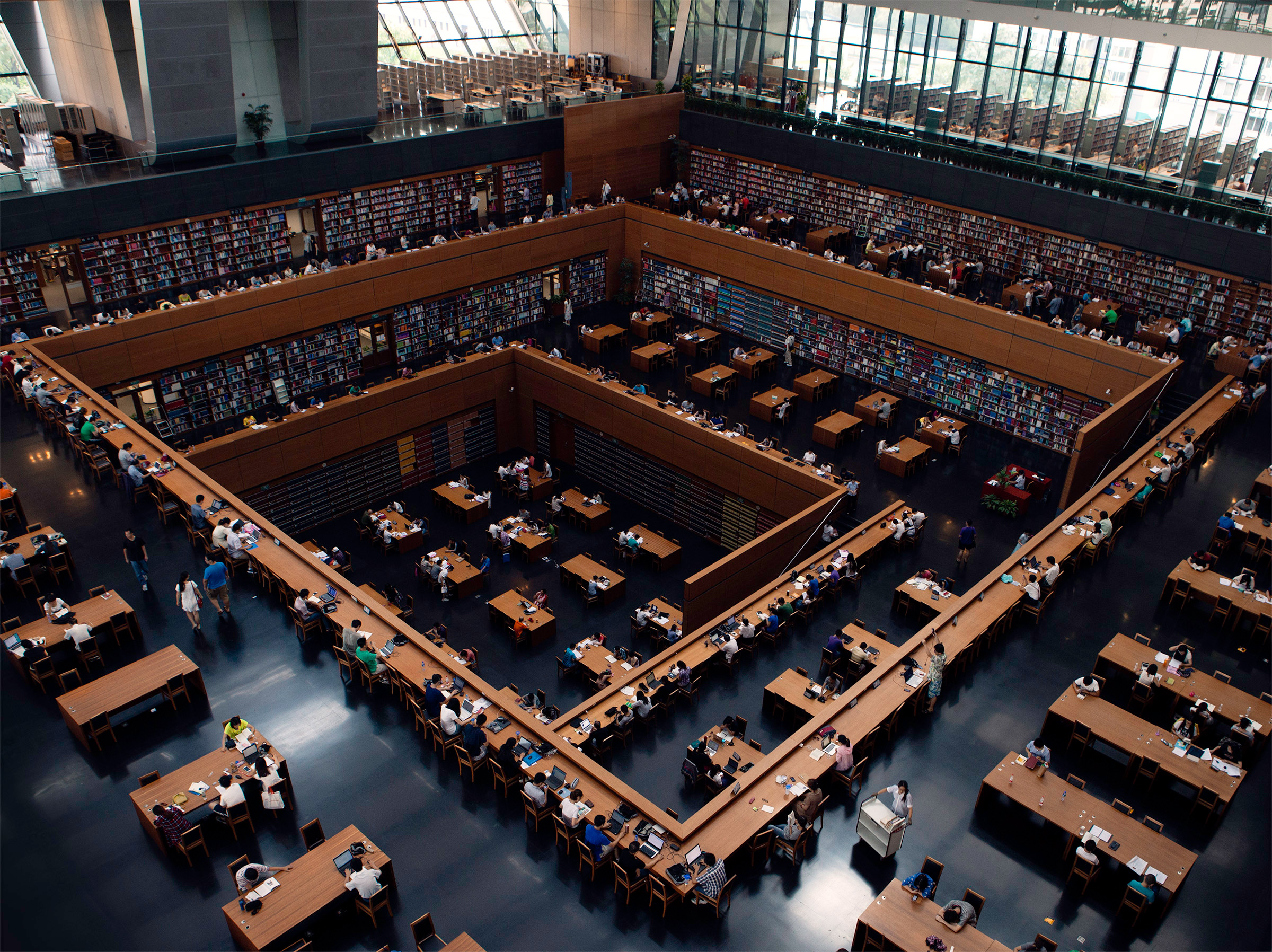