The Pirates of REM Island

On a cold day in December in 1964 three helicopters belonging to the Royal Dutch Navy set out across the north sea towards a tiny speck in the ocean about ten kilometers west of Noordwijk on the Dutch coast.
Richard Pendavingh   Mar. 2, 2020 07:52 pm 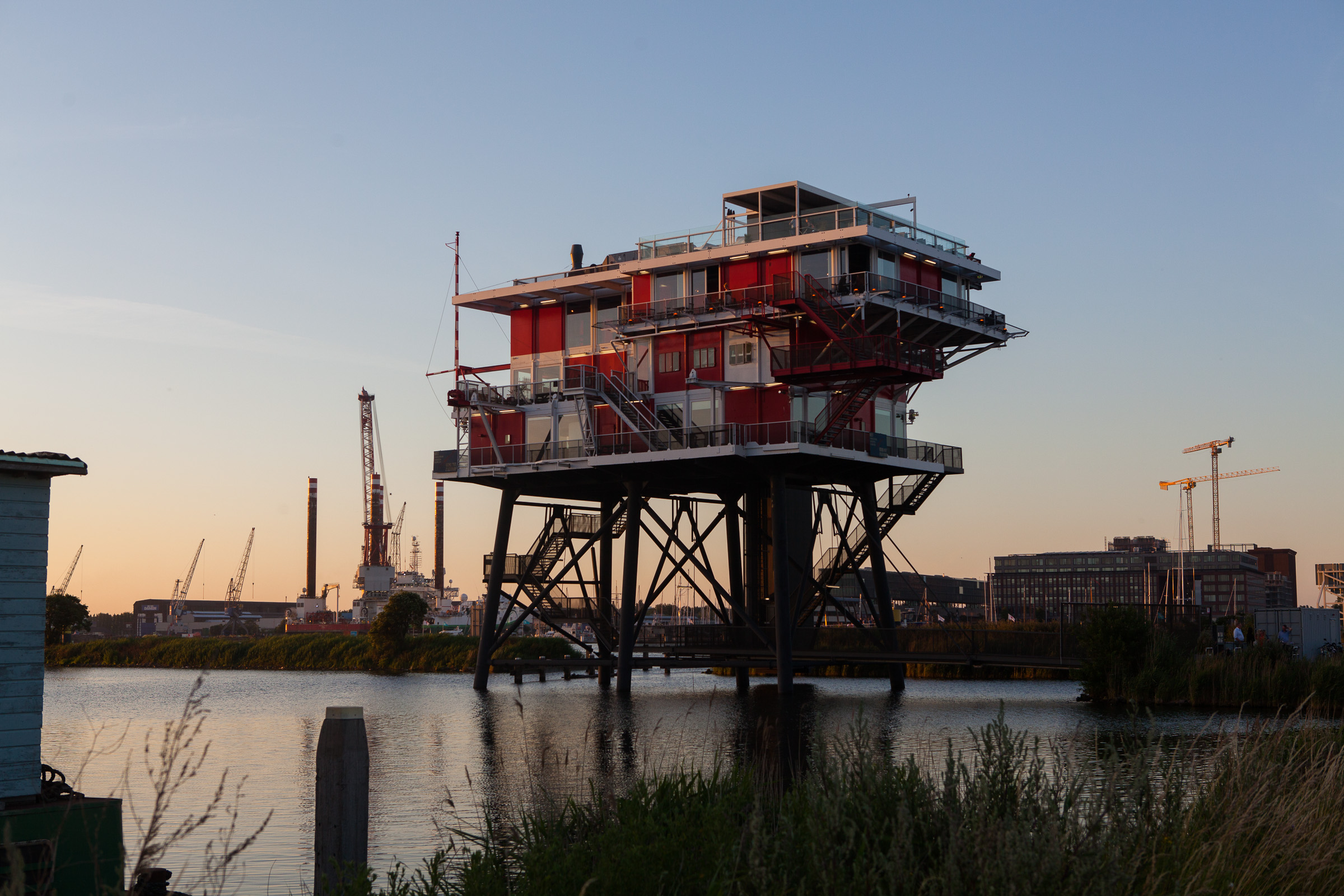 The former pirate radio broadcasting platform that was confiscated by the Dutch government in 1964. It was salvaged and towed into Amsterdam in 2011 and now serves as an upmarket restaurant.

Strapped into the hold of the aircraft were armed soldiers belonging to the Netherlands’ elite military police – the Royal Marechaussee. A few minutes before 9am they closed in on their target- an offshore platform dominated by an enormous antenna. As the helicopters approached from the air naval patrol boats were already circling the platform – cutting through the seas between the rig and their mother ship, the freighter Delfshaven, which had been requisitioned by the navy especially for the mission.

After circling the antenna several times one of the helicopters eased into a hover over the station helipad. A smoke grenade was thrown down and the officer in charge of the operation – Marine Captain Eric Gerritsen – rappelled down onto the platform. Several other soldiers followed behind him. Once they were in position on the helipad they began winching up reinforcements from the patrol boats below.

At 9:05 the boarding party made their way into the living compartments. The crew of the station- six Dutch and four Belgians – had locked themselves in the recording studio. They’d been instructed not to resist but that didn’t mean they were in a hurry to cooperate. Gerritson demanded that they switch off the transmitter but they refused. After a few minutes of confusion one of the soldiers managed to find the broadcast controls and TV Noordzee finally went dark. It would be a long time before the people of the Netherlands were able to watch the Ed Sullivan Show again. 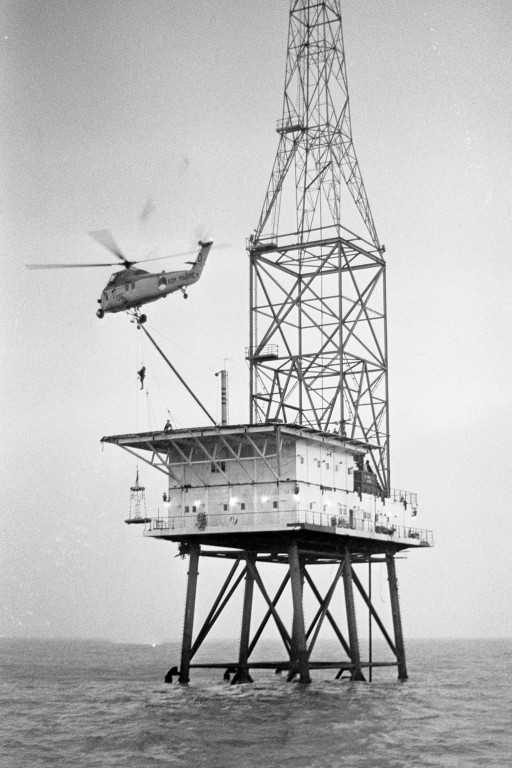 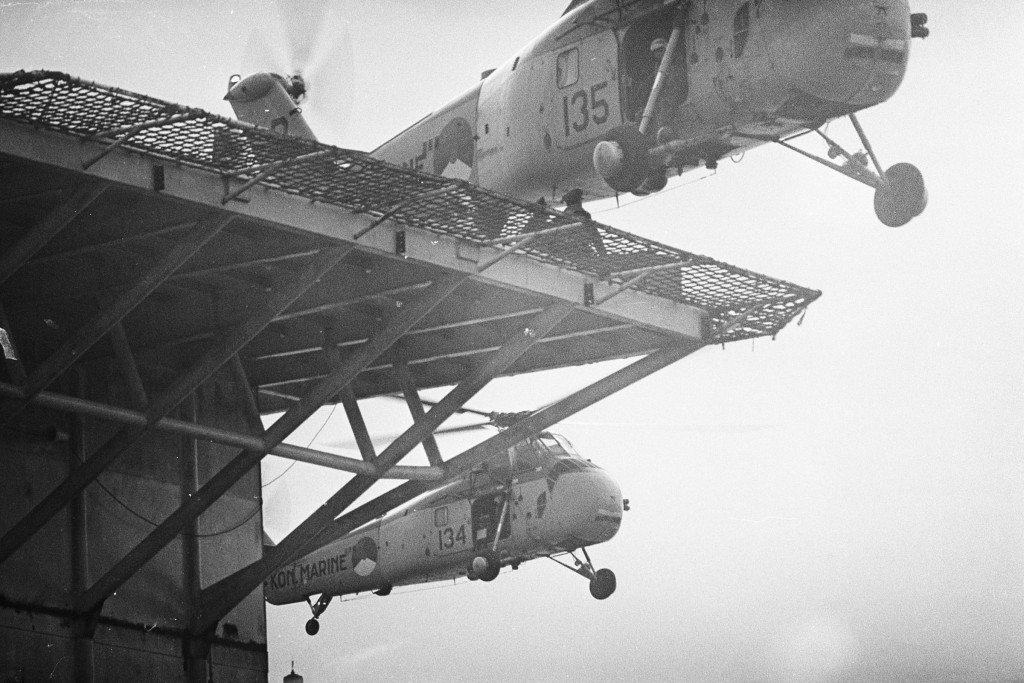 The TV station had only been running for a few months but the raid marked the end of a much longer game of cat and mouse played between pirate broadcasters and governments all over Europe. In the 50s and 60s TV and radio licenses were tightly regulated in most countries. The Dutch public in particular were starved of options when it came to broadcast media. While radio sets were widespread only 45% of Dutch households had TVs and there was only one official TV station. Its programming was determined by a small number of private associations who were allocated time slots based on their membership figures.

Programming for the official TV station was regulated by the state-controlled Nederlandse Televisie Stichting (Foundation for Dutch Television) and paid for with subscription fees. The programs were focused on education, religion, ‘high’ culture and politics. Dutch radio stations were also tightly controlled by the government with restrictions on the amount of ‘needle time’ dedicated to popular music.

But starting in the late 1950s pirate radio stations began transmitting from converted ships in the North Sea to get around the state monopolies. There was strong public demand for the sort of entertainment programs available in the US and England but the Dutch authorities were reluctant to give up control of the airwaves. They feared that independent operators might end up using their channels to criticize the government.

But it was revenue, not activism, that motivated the pirates. While the public was clamoring for pop music Dutch businesses were looking for any opportunity to advertise to a mass audience. The challenge for the pirates was to provide a signal that was strong enough to match the state-controlled frequencies. If they could establish a consistent signal they could they offer air time to potential advertisers and bring in the cash required to cover the growing cost of keeping the ships, the crews and the transmitters running.

In 1960 Dutch pirates used a converted German light ship to establish one of the first off-shore stations – Radio Veronica. Later, in the Baltic Sea, a station called Radio Nord began broadcasts to households all over Sweden from a transmitter on an anchored freighter. In Britain pirate radio operators commandeered fortifications left behind in the English channel after the war. By the mid-’60s, more than a dozen stations were broadcasting from waters all over Europe.

The success of Radio Veronica prompted a wealthy shipbuilder in Rotterdam – Cornelis Verolme – to come up with an even more ambitious plan. He wanted to build a permanent radio and TV transmitter capable of reaching the whole population. With a handful of other investors Verolme established a company know as Reclame Exploitatie Maatschappij – literally the ‘advertising exploitation company‘ and instructed engineers at one of his shipyards in Ireland to draw up plans for an offshore radio transmitter. 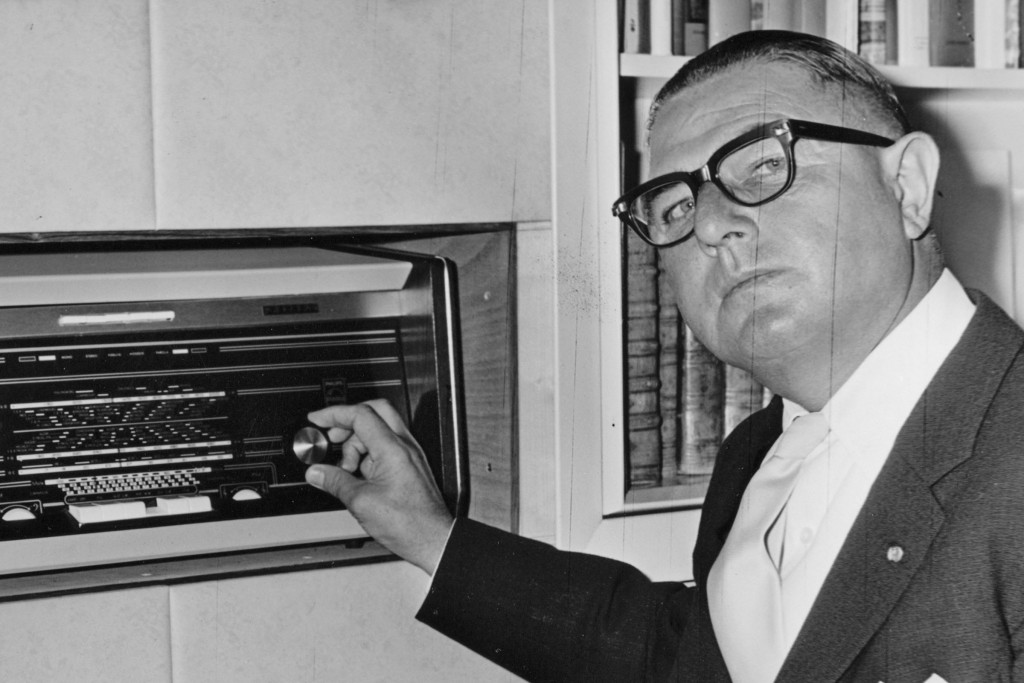 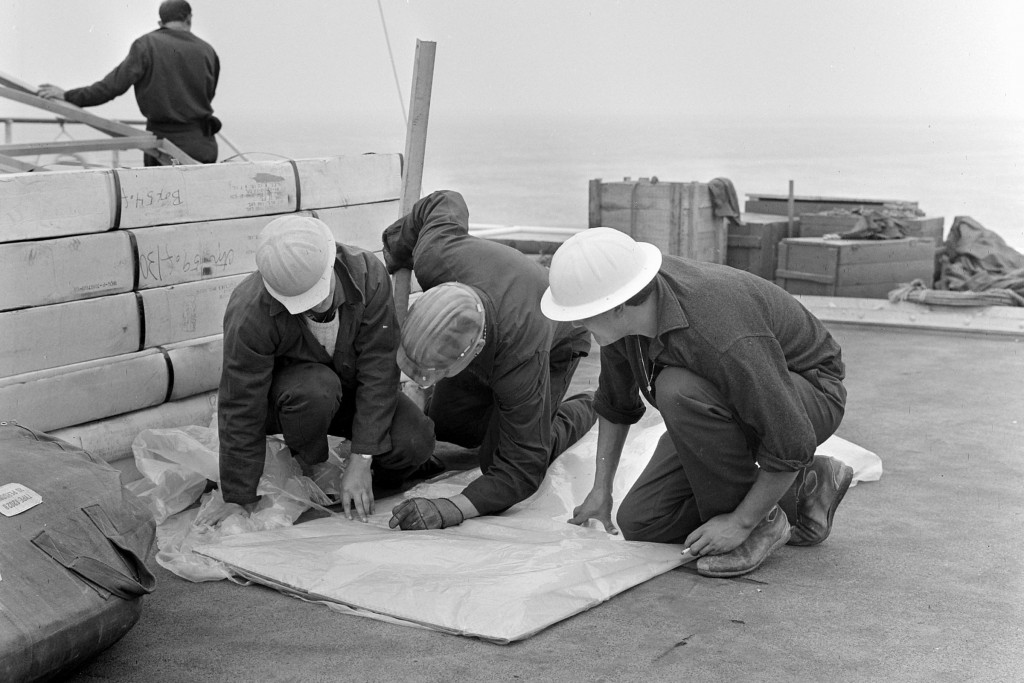 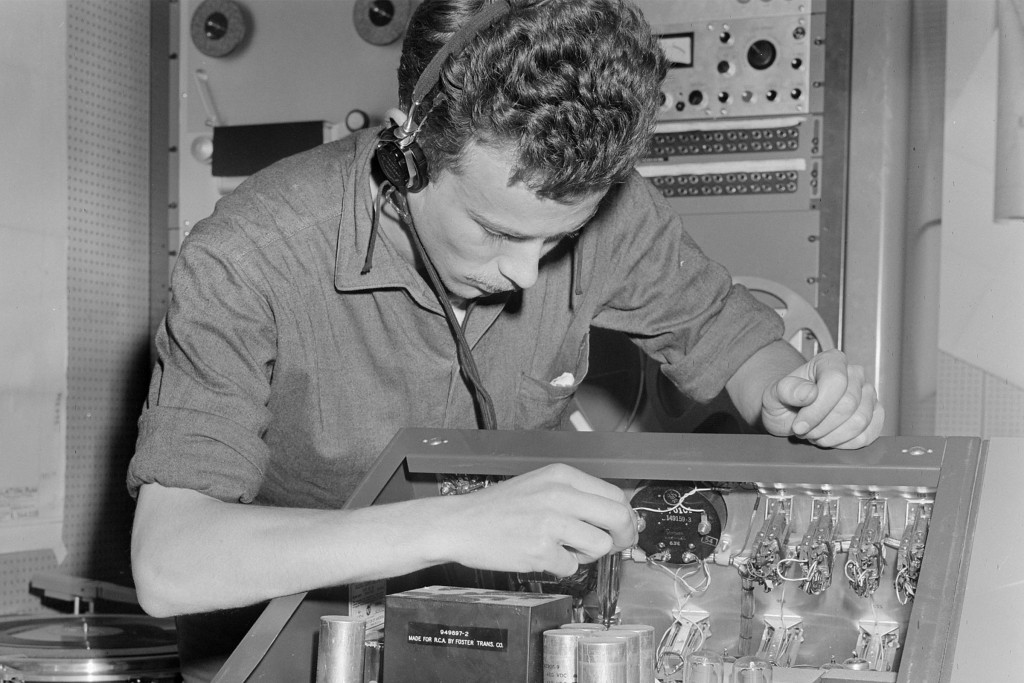 Relying on the protection of maritime law rather than secrecy Verolme floated REM on the stock exchange long before any equipment reached the North Sea. Former radio technician A.J. Beirens recalled that:

As a result of the massive media-hype surrounding the project, in just a few hours the REM share-issue was heavily over-subscribed. Thousands of ordinary Dutch men and women proved eager to invest 20 guilders per share in the company. Within 10 days, the value had leaped to 143 guilders

Once finances were in place construction began and in June 1964 all the pre-fabricated components of ‘REM Island’ were towed into the North Sea and assembled just off the Dutch coast halfway between Amsterdam and Den Hague. A crew of Dutch, Irish, Belgian and Spanish workmen assembled the platform in just eight days. The supports for the structure were sunk into the seabed, 20 meters below, and then filled with concrete. When the transmission tower was finally assembled it stood more than a hundred meters above the water.

REM island began transmitting in July 1964 under the name TV Noordzee. Receiving the signal required TV owners to buy a new type of aerial but Netherlanders were determined to see what was on offer and the new channel amassed a strong following right from the start. Through intermediaries REM had bought the rights to Alfred Hitchcock films, pop music catalogs and US television shows like The Invisible Man,  Robin Hood, The Saint,  Mr. Ed and Rin Tin Tin.

The biggest difficulty for REM was finding local businesses that could produce TV commercials. At the time the Dutch Television Mail reported that US advertising agency J. Walther Thompson was keen to take advantage of the channel but first it had to overcome the teething problems posed by the medium;

“JWT in particular and agencies in general are welcoming the station with open arms …[but] they have been plunged into the necessity of producing television spots. For the time being, of course, many agencies are using German and English spots with new soundtracks and pack shots”

By charging between £600 and £900 per minute TV Noordzee was estimated to have made £100,000 during the first full month of broadcasting (about 3.5 million Australian dollars in today’s money). 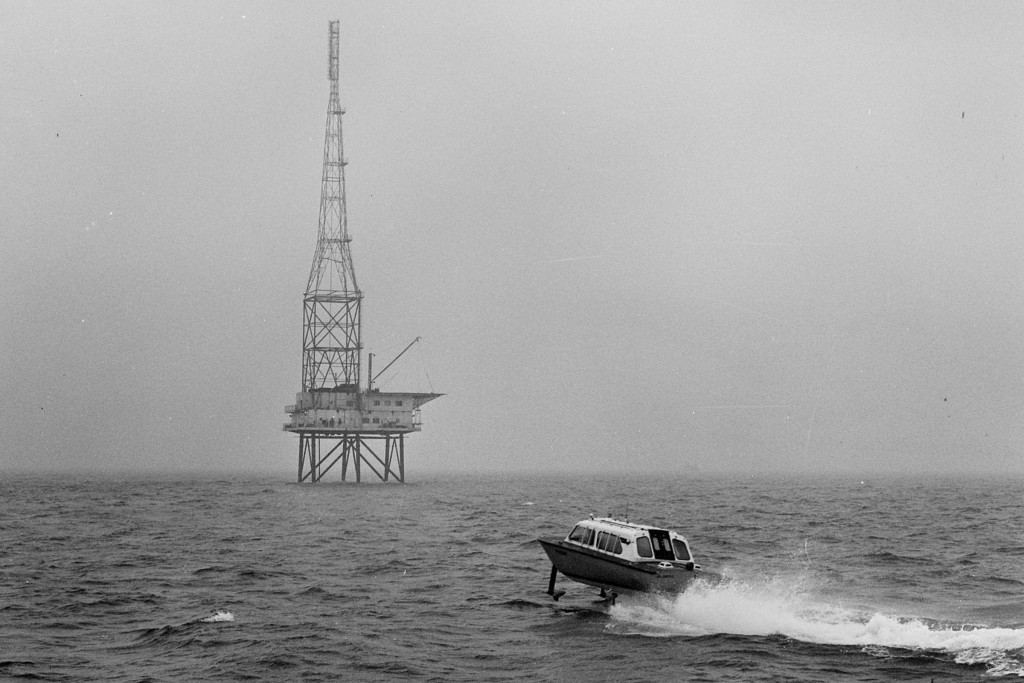 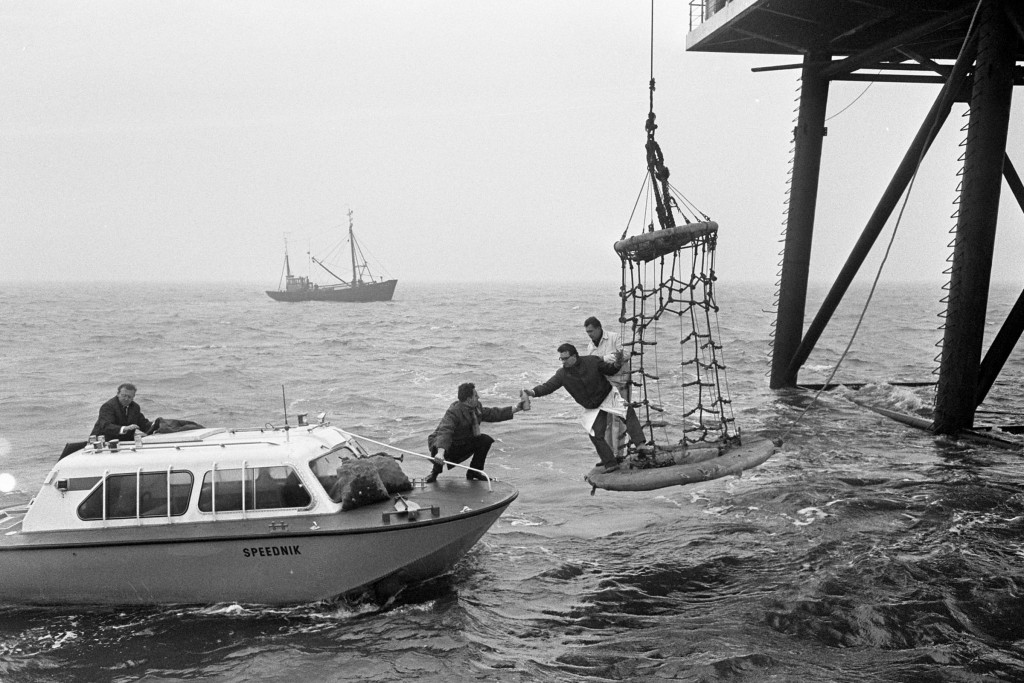 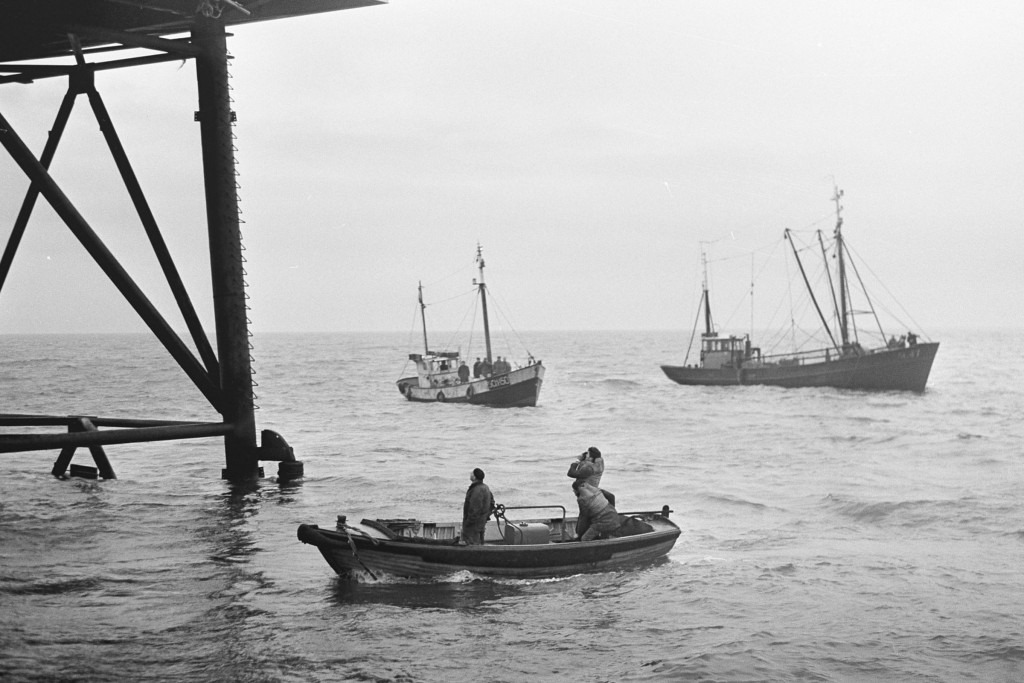 While the advertising agencies in Holland were thrilled the government was incensed. They’d watched REM make preparations and announcements for months leading up to their test broadcasts but had been unable to take any action due to a web of overlapping treaties and international agreements which prevented them intervening in ‘international waters’.

Finally, in September 1964, the Dutch parliament found a way to wrest back control from the pirates. Taking advantage of a United Nations Convention on maritime boundaries the Dutch government enacted a law that extended its border far beyond the little strip of coastline previously deemed to be Dutch waters. Overnight REM Island found itself deep inside Dutch territory. While poor weather delayed plans to shut down the transmitter Verolme and his pirates scrambled to postpone the inevitable. They ‘sold’ the station to a holding company in Britain and transferred ownership of the platform to a Panamanian entity in the hopes that they could delay legal proceedings but it was too late. The Royal Marechaussee troops landed on the station on December 17 and cut off the transmission midway through a recording of singer Anneke Grönloh – a teen pop idol born in the Dutch East Indies.

But even though the signal had disappeared there was no putting the pop-culture genie back into the bottle. In the days leading up to the raid TV Noordzee had urged its viewers to support them by joining the Televisie Radio Omroep Stichting (Television Radio Broadcasting Foundation). With broad popular support they managed to gain an official broadcast license a year later and many of the former pirates became legitimate production staff at TROS – a network that still exists today. By the 1970s most of the pirate radio stations were defunct but their programs were quickly adopted by the official channels which began to provide what people had tuned into the pirate frequencies to get – a steady stream of popular entertainment.

REM Island remained abandoned for ten years before it found a second life as a marine research and weather station. In 2011 it was removed intact using a massive pontoon-crane and transported all the way to the Houthaven waterfront in Amsterdam where it’s since been refurbished into offices and a upmarket restaurant. 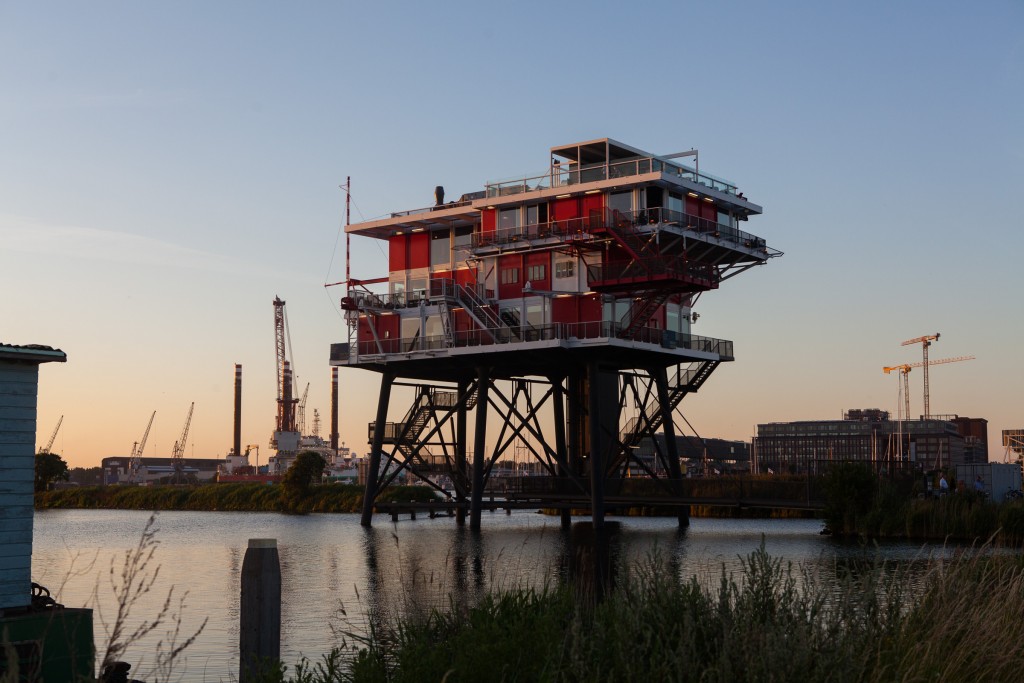 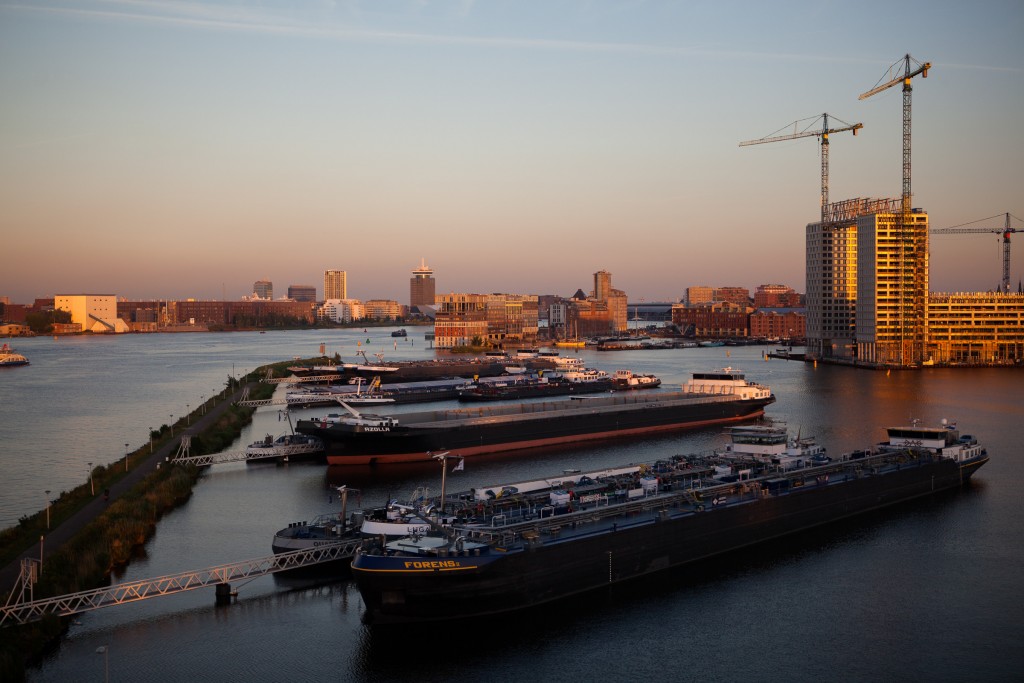 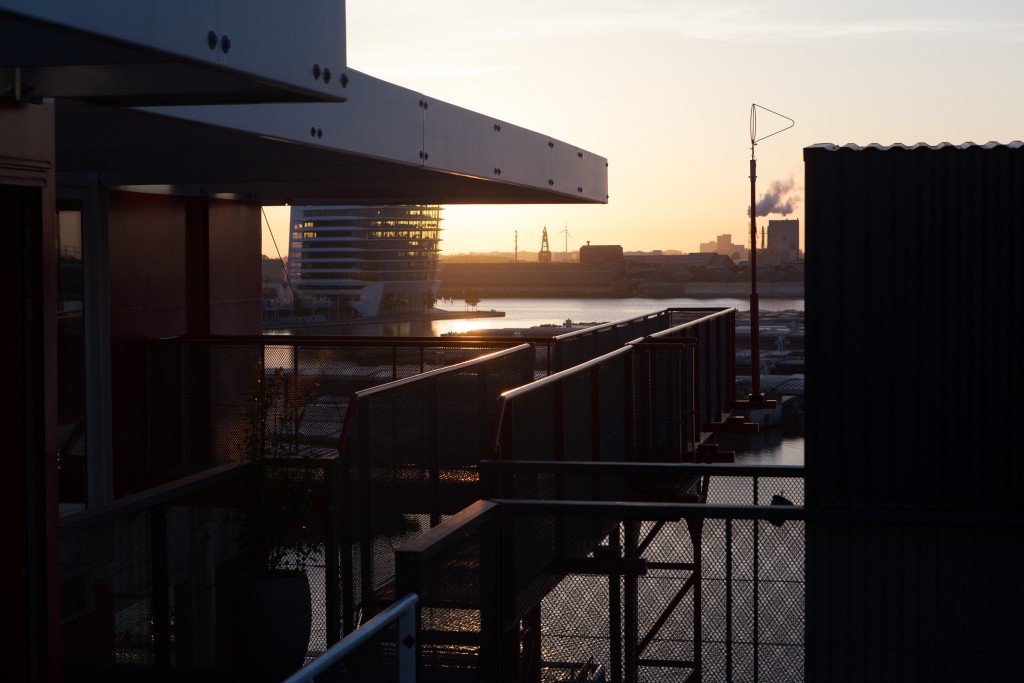 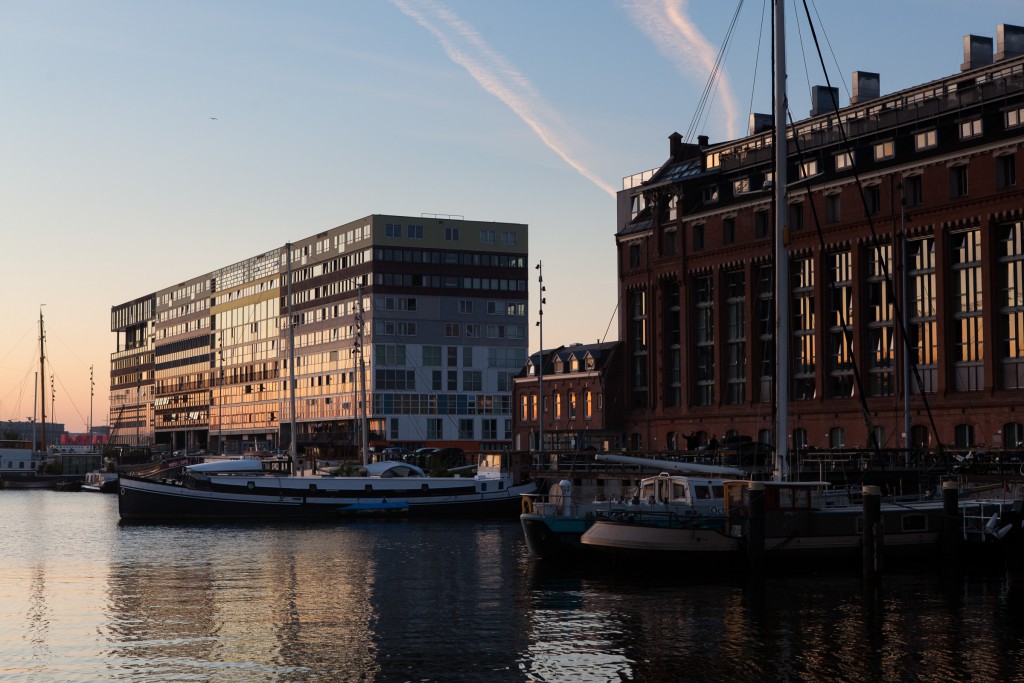 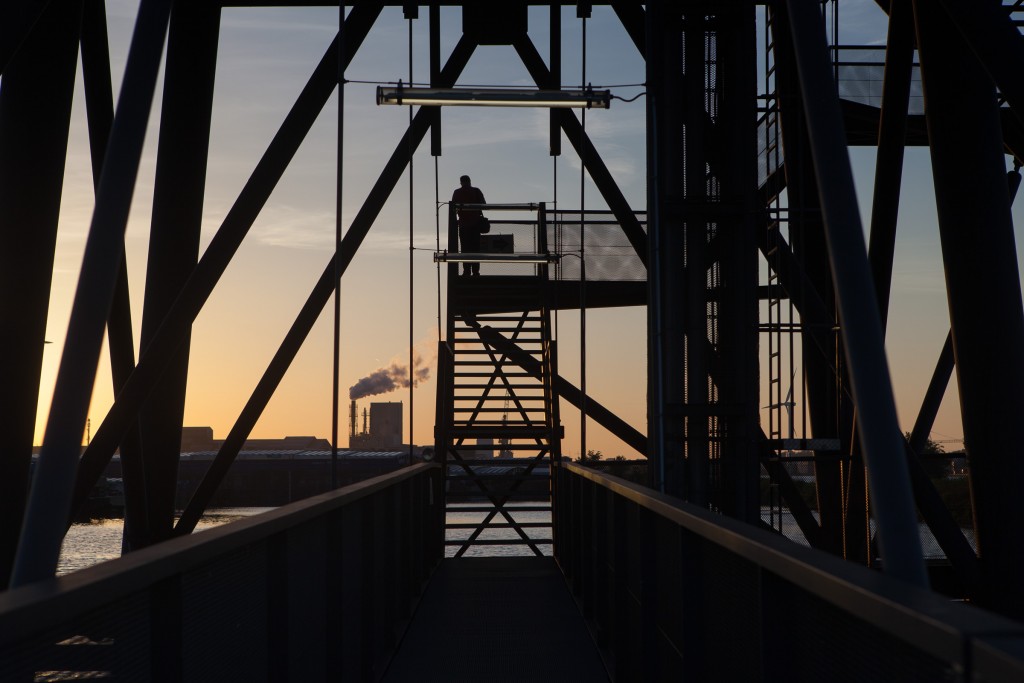 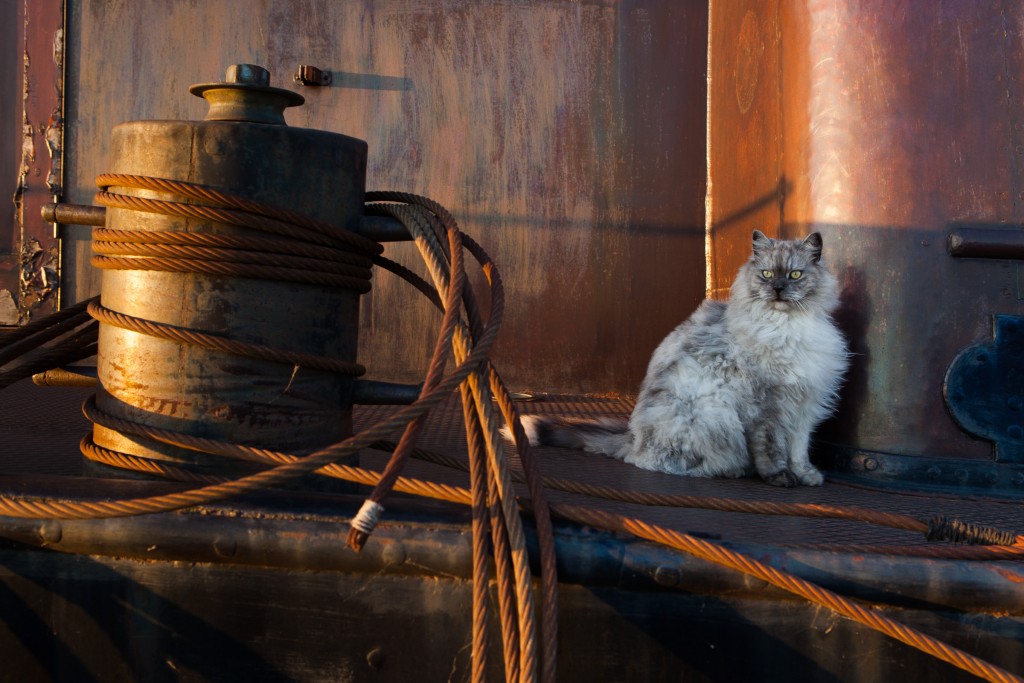 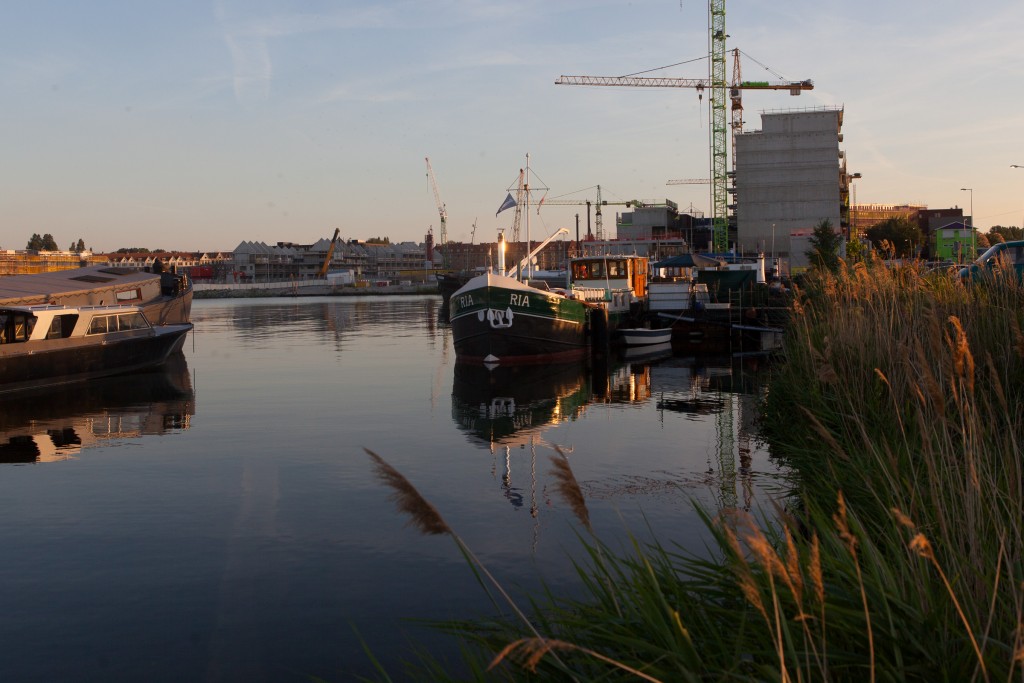 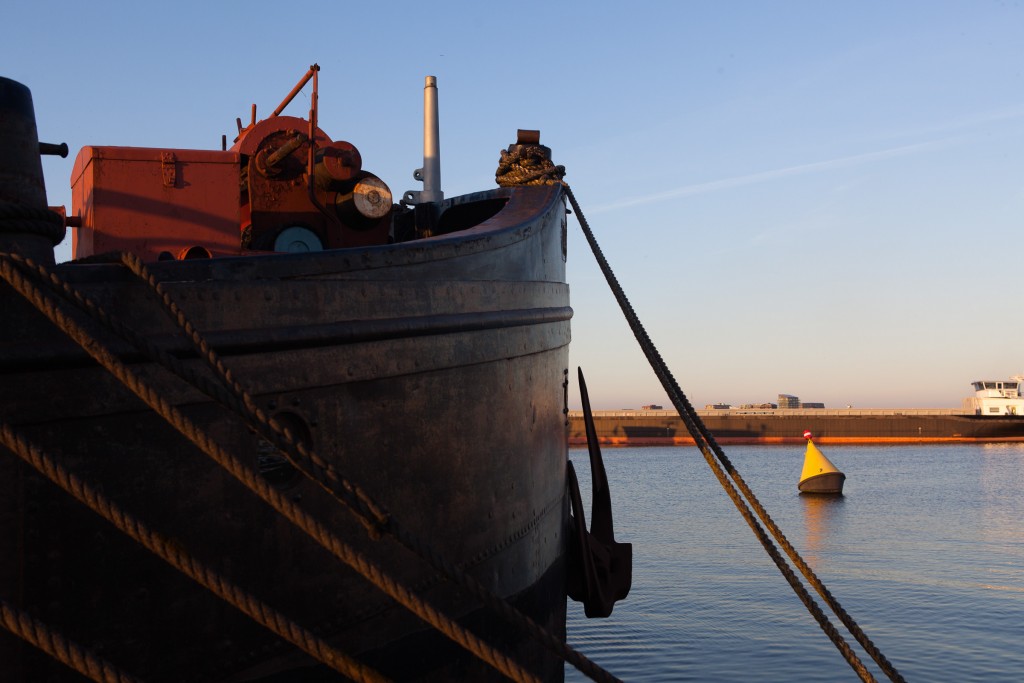 Notes:
A wonderful web 1.0 resource for all things pirate radio – Hans Knot’s International Radio Report
Another time capsule of early internet aesthetics and radio history – The Offshore Radio Museum
Article by Hans Knot on the REM Island project – The legal battle against offshore radio and television
The Official website of the restored and re-homed REM Island – REMEisland.com
the online memoirs of A.J. Bieren, one of the origianl radio pirates – Getting High on Radio 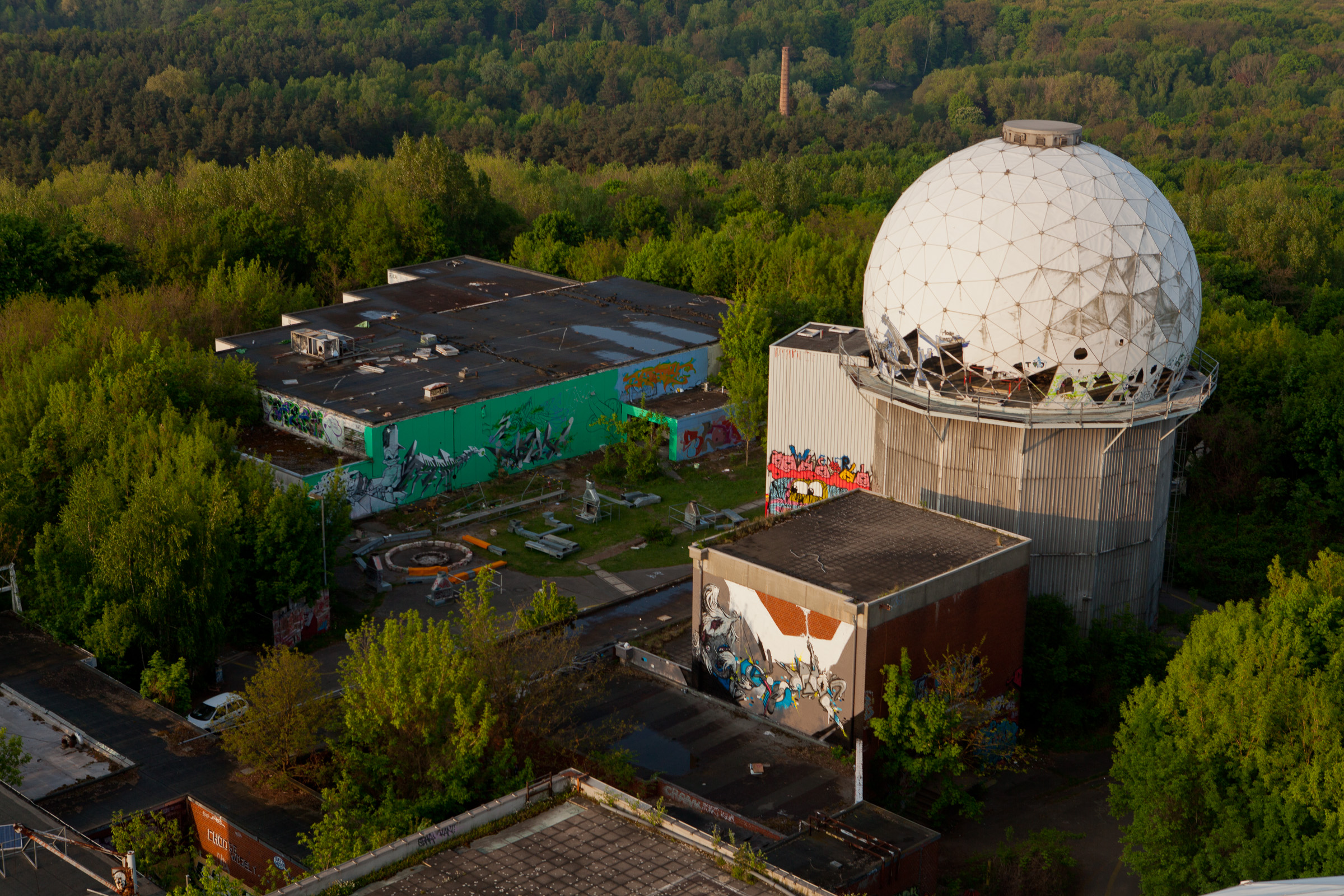 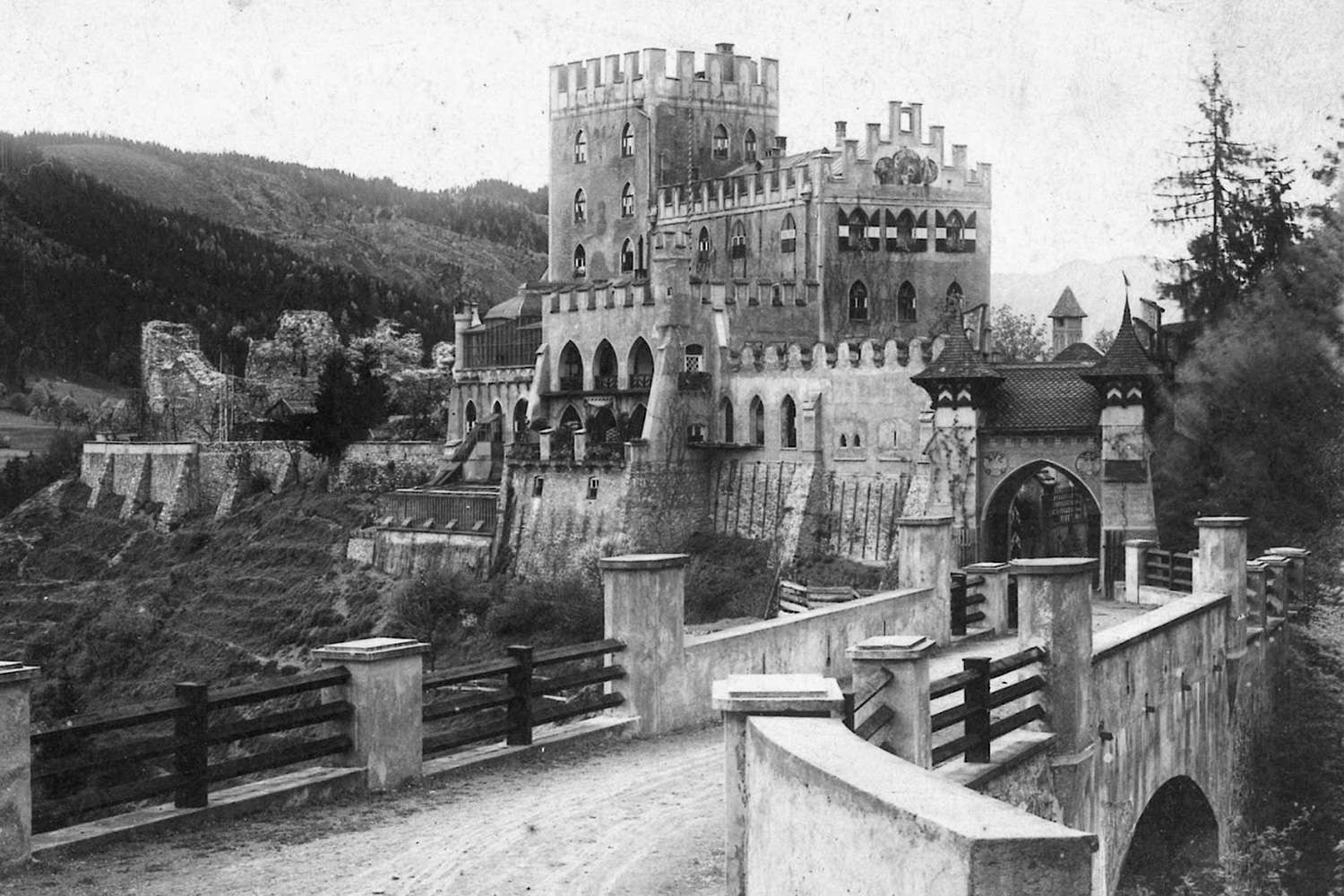 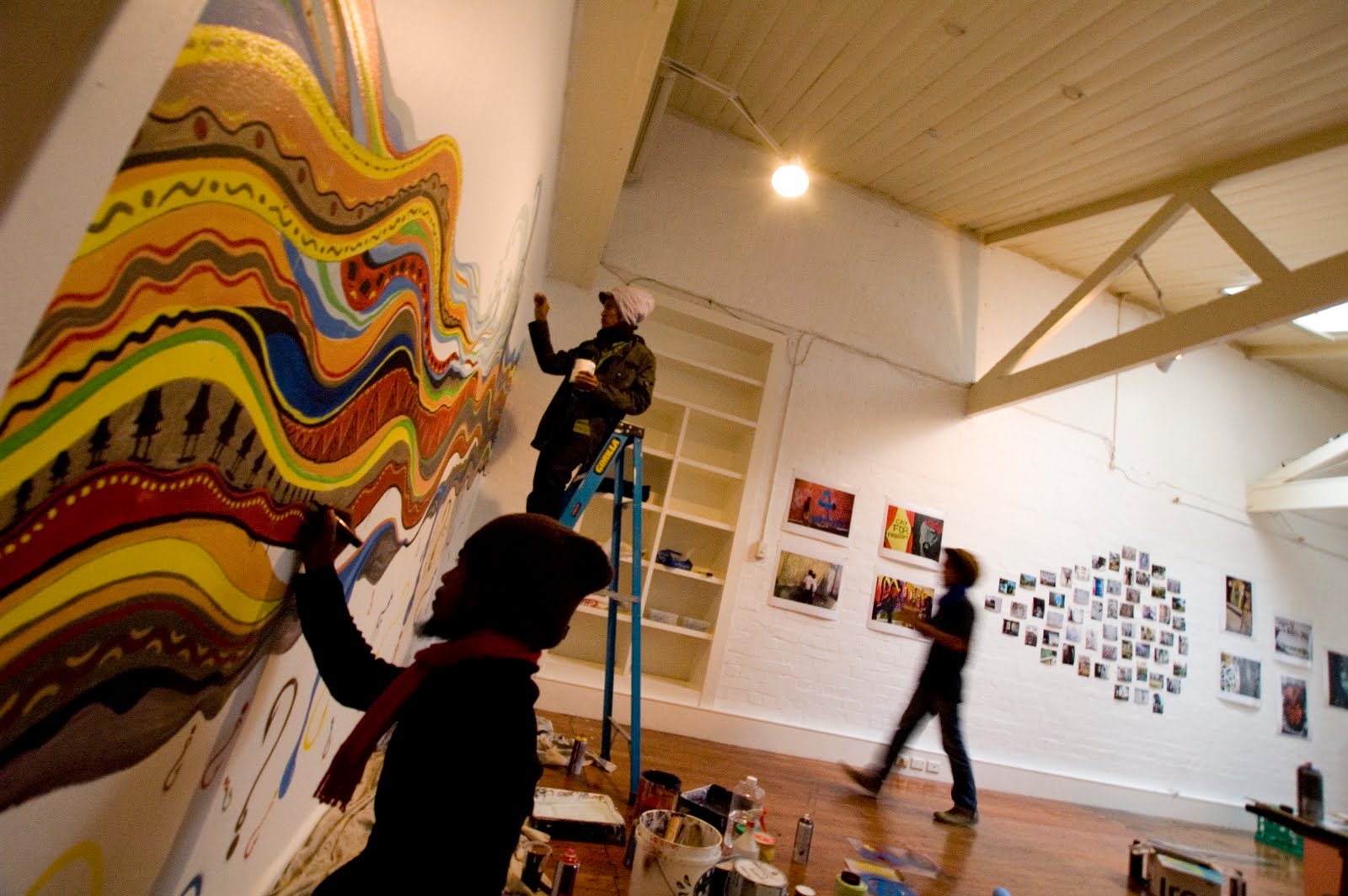