Hard to know for this video whether to give the title to the film maker or the performers.
Richard Pendavingh   Jan. 5, 2012 12:18 pm 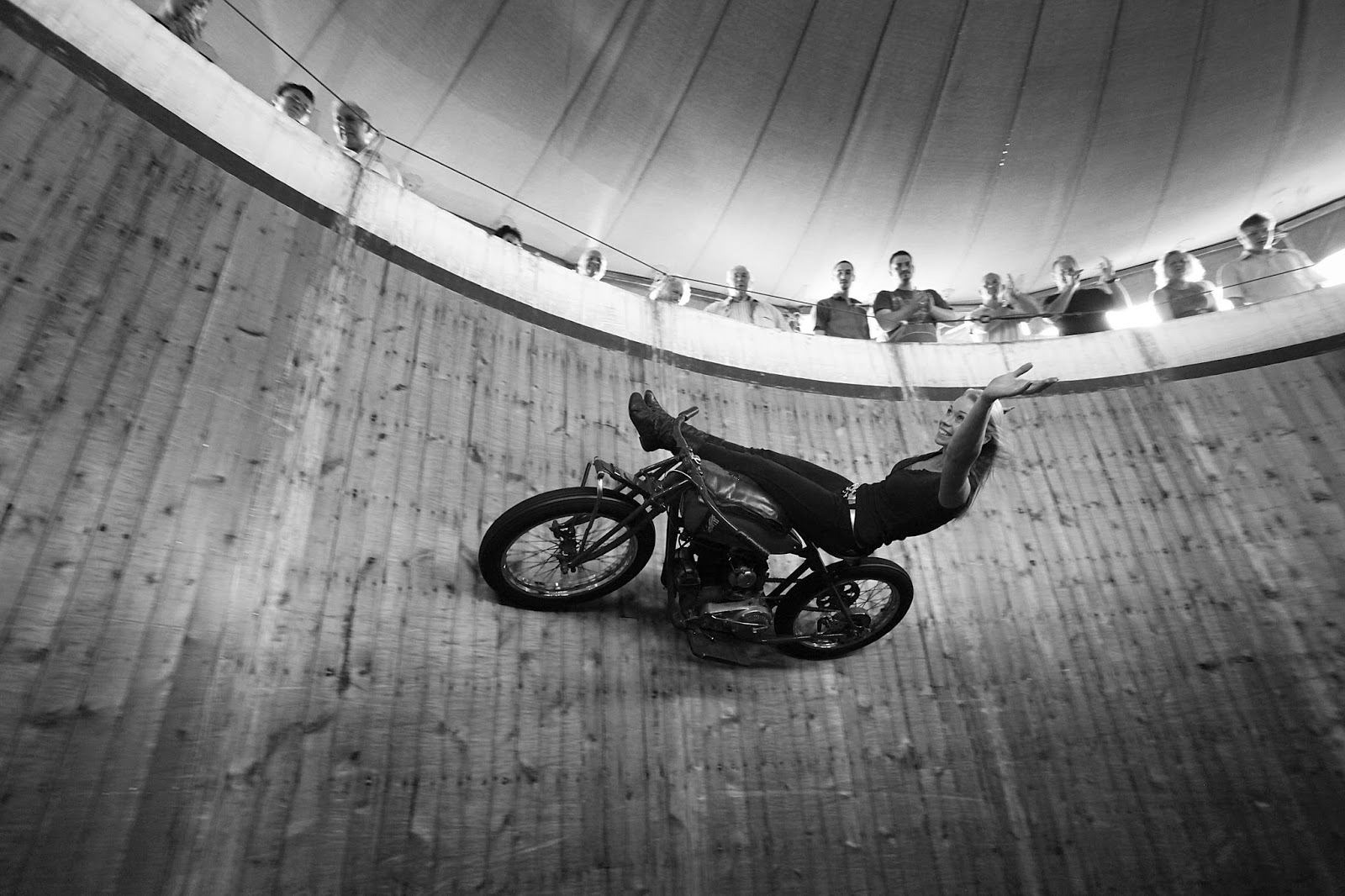 Either way Benedict Campbell‘s short makes for a wonderful portrait of the stunt riders and crew on Ken Fox’s ‘Wall of Death’.

THE WALL OF DEATH from benedict campbell on Vimeo.

The film is really beautifully shot and Campbell clearly has a photographer’s eye for light and detail and texture. More than that though it’s an excellent portrait of that family, providing a glimpse of the personalities in play and a sense of the lifestyle in only a few short minutes.

In terms of subject matter normally I’d say it’s easy to play upon people’s nostalgia about all sorts of traditional forms of entertainment slowly being sidelined by new technology, diminishing attention spans and health and safety regulations but stunt riding is one of those things that can’t really be compared to anything else. The kids watching the show in little towns and cities in the UK might have grown up saturated with high-def, surround-sound, 3D Hollywood blockbusters and still have their little minds blown when these guys and girls saddle up. Because there’s something really elemental about seeing someone do something legitimately dangerous just for your entertainment.

And carnival troupes like Ken’s always have that strange old-world combination of working class roughness with a really sophisticated understanding of the technology and the materials they depend on.  I got the same vibe from a really terrific doco released last year about some of the folks that race the Isle of Mann TT.  These films are essentially about the discipline and the attitude that goes along with living your life inside a really narrow margin of error. Both films portray the people and the culture that surrounds that in a really dignified way.