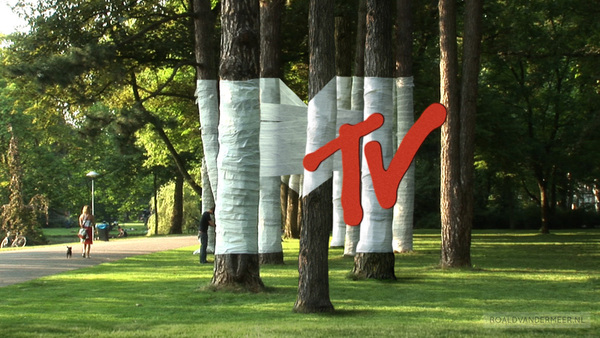 This particular illusion is called anamorphosis and it’s been around for a very long time. These days you can see it employed commercially in the advertisements on televised football matches with images are painted onto the field so they only appear in proportion from a single fixed camera position. This sort of technique is fairly underutilised in ad-land because the idea of making your brand into a puzzle runs contrary to a lot of advertising theory. But these illusions can be very appealing to the public when they’re set up at venues and public spaces. While most people have honed their ability to ignore posters and banners an illusion like this gets attention and demands involvement from the viewer.