Some images of Berlin's controversial museum of near-eastern antiquities including the massive Pergamon Altar.
Richard Pendavingh   May. 6, 2013 02:28 pm 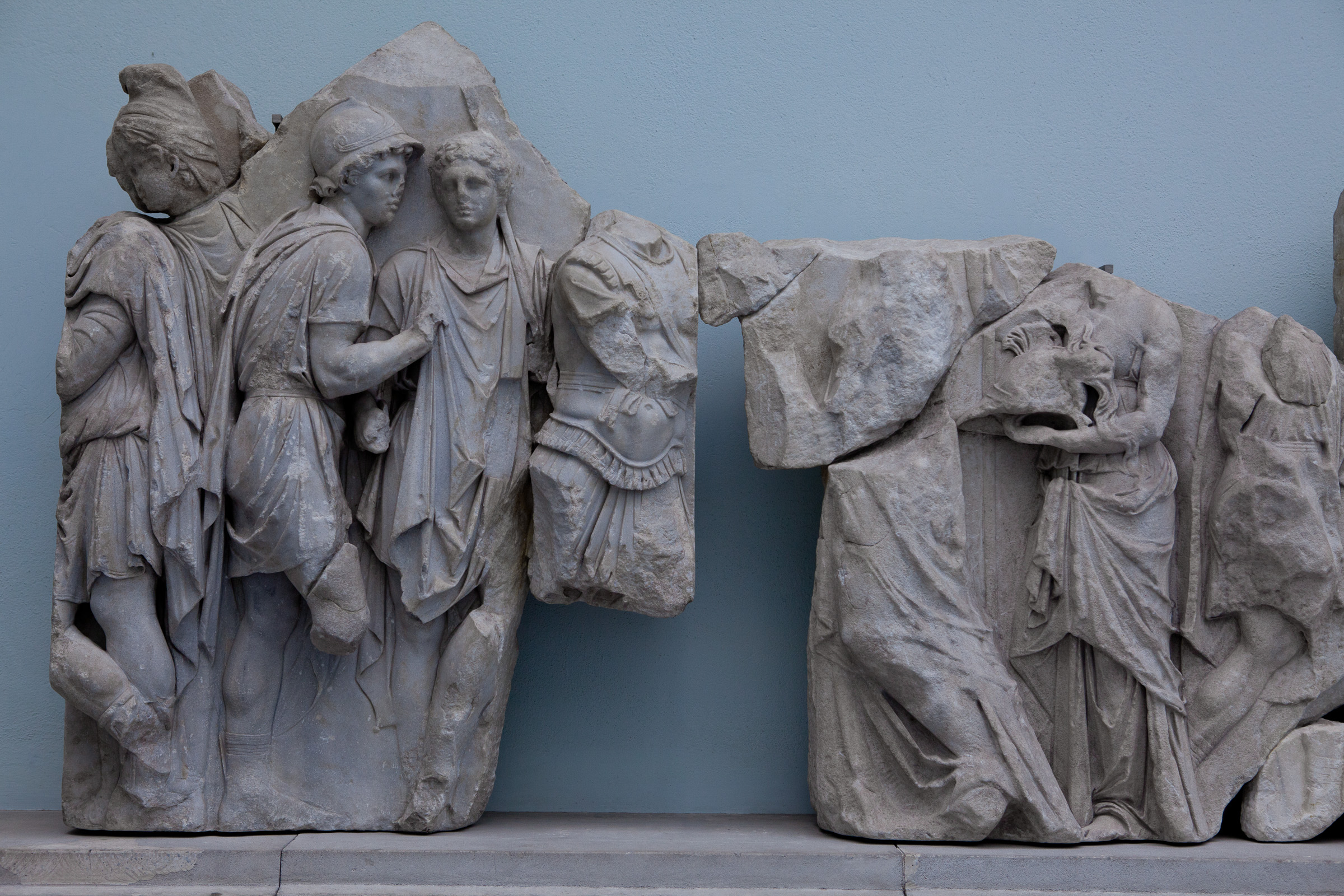 Detail of the frieze set into the Pergamon Temple depicting events from the life of Telephus, legendary founder of the city of Pergamon and son of the hero Heracles and Auge, one of Tegean king Aleus's daughters.

The great classical empires have always been the mainstay of western museums. Antiquities from ancient Persia, Egypt, Greece and Rome are given the most space and attention in European museums but as well as providing a gallery of classical artifacts they also display the colonial history of the country that owns them. The Louvre in Paris has perhaps the largest collection of ancient Egyptian sculptures and artifacts anywhere in the world and when the BBC recently began the ambitious task of curating a History of the World in 100 Objects they did so without having to leave the British Museum.

Modern empires have always wanted to legitimise their own ambitions and the easiest way to achieve this has been to associate their regime with some revered classical empire. You can find ancient Egyptian obelisks in London, New York, Paris, Istanbul and other European capitals. A handful of obelisks are scattered throughout Italy and some of those were installed by emperors of ancient Rome- so theft of antiquities is not a new phenomenon.

The Smithsonian in Washington displays 1% of its total collection at any given time. Officials at the Louvre aren’t even sure if they’ve fully catalogued the works they have in storage. The British Museum has 2 million objects warehoused (including 130 thousand cunifrom tablets from ancient Mesopotamia). Figures like these are often used as a criticism by detractors that argue that antiquities should be returned and exhibited in the regions they came from or at least more widely circulated amongst the world’s museums. But that assumes that the purpose of museum collections is exhibition to the public. Many institutions like the Smithsonian explicitly state that they see themselves as a sort of bank vault for the preservation of historical artifacts and a stable venue for research.

And it’s that argument of stability and preservation that makes modern debates about antiquities so difficult. Holding onto foreign cultural artifacts in the interest of ‘preservation’ is essentially a paternalistic gesture and one that echoes the racist attitudes of the colonial authorities responsible for the removal of the objects in the first place. The unspoken message is that modern nations like Turkey, Greece or Egypt are simply not ‘civilised’ enough to retain possession of their historical treasures.

Rather than address that underlying prejudice the big European museums generally argue that their acquisitions were legal at the time or have changed hands since they were originally taken. The famous Rosetta stone, for example, was claimed initially by soldiers in Napoleon’s army but then awarded to the British as war reparations after the French lost Alexandria. Likewise Egypt has spent the last 100 years variously petitioning for the return of the ‘bust of Nefretitti’ which was acquired in 1913 by German archaeologists and now has pride of place at the Neues Museum in Berlin. The museum claims that the acquisition was legal but there’s clearly a thorny issue of consent when it comes to agreements made between occupiers and the occupied or simply between wealthy and poor nations.

One of the people I met in Berlin was an ex-pat from Bosnia and he provided an uncomfortable counter argument to modern sensibilities. He argued that his countrymen were in no position to safeguard historical artifacts throughout most of the 20th century and that a paternalistic attitude from western nations was necessary to preserve their own history. He talked about local farmers being bemused by the keen interest and monetary offers made on artifacts and sites that were, for them, simply part of the landscape. All around the Mediterranean stories abound of shepherds building their huts from Roman and Greek stonework and local authorities using ruins as infill on highway and housing projects. Even in Greece at the moment austerity measures and EU demands (principally German) to lay off public service employees have lead to lax security and the heist of antiquities at famous museums. The fact is that cultural preservation is a luxury that many nations simply couldn’t afford over the last two centuries.

Which brings us to the Pergamon Museum. While the French have a 227 ton obelisk in their capital they stopped short of souveniring an entire building. They left that ambitious task to German archaeologists. In 1878 engineer Carl Humann and a team of Turkish and German scholars successfully disassembled and catalogued the remains of an altar dedicated to Telephus in the ruins of Pergamon on the Turkish coast. He then arranged for the structure to be shipped and re-built in Berlin. For many years the ruins at Pergamon had been left exposed to the elements, looted by locals for construction material and some of the marble work had been melted down to extract lime. At the time the relocation of the altar and the friezes that decorated it was seen by many in both countries as an act of salvage.

But as modern Turkey has grown in influence it has recently begun to demand the return of antiquities. According to an article on the Centre for Art and Law;

In the renewed search for a national identity, Turkey is embarking on what some museums are calling “cultural blackmail.”  Under the leadership of Cultural Minister Ertugrul Gunay, Turkey is refusing to lend objects for exhibitions unless antiquities with a unknown provenance are returned to the country, delaying all licenses for archaeological excavations, and publicly denouncing museums as enablers of illicit looting.

But while the Turkish government is demanding the return of the altar and thousands of other artifacts they have come under criticism from within the wider archeological community for failing to preserve sites within their borders in recent years. In 2011 excavations of the site of a Roman bath in Izmir province were submerged by the construction of a new dam. Likewise the eastern garrison town of Zeugma from 300 BC is another historical site that now sits underwater and Hasankeyf, a bronze-age town on the banks of the Tigris, looks set to be flooded as well.

An article in the Taipei times entitled ‘Turkey Fights Lopsided Cultural War‘ also mentions the ruins of a Byzantine harbour at Yenikapi where 8000 year old human remains were found;

. . .Turkish Prime Minister Recep Tayyip Erdogan recently outraged the archaeological community by ordering the excavation there to come to a rapid end as it was holding up construction of the prestigious Marmaray tunnel underneath the Bosphorus, which is aimed at easing traffic congestion in Istanbul.

The possesion of cultural artifacts is clearly a divisive issue and western museums are, for some, a painful reminder of colonial injustice but each exhibition provides an opportunity to address these difficult issues of custody and preservation. When I visited the Pergamon Museum there was very little information on hand to explain how the structure had ended up in Germany but pretending that there is no controversy does a disservice to everyone and stymies a conversation about how and where historical artifacts should be displayed.

There’s also a good article from The Guardian about the Parthenon Marbles that discusses times when museums voluntarily returned artifacts either as a gesture of good will or because they were acquired on the black market. 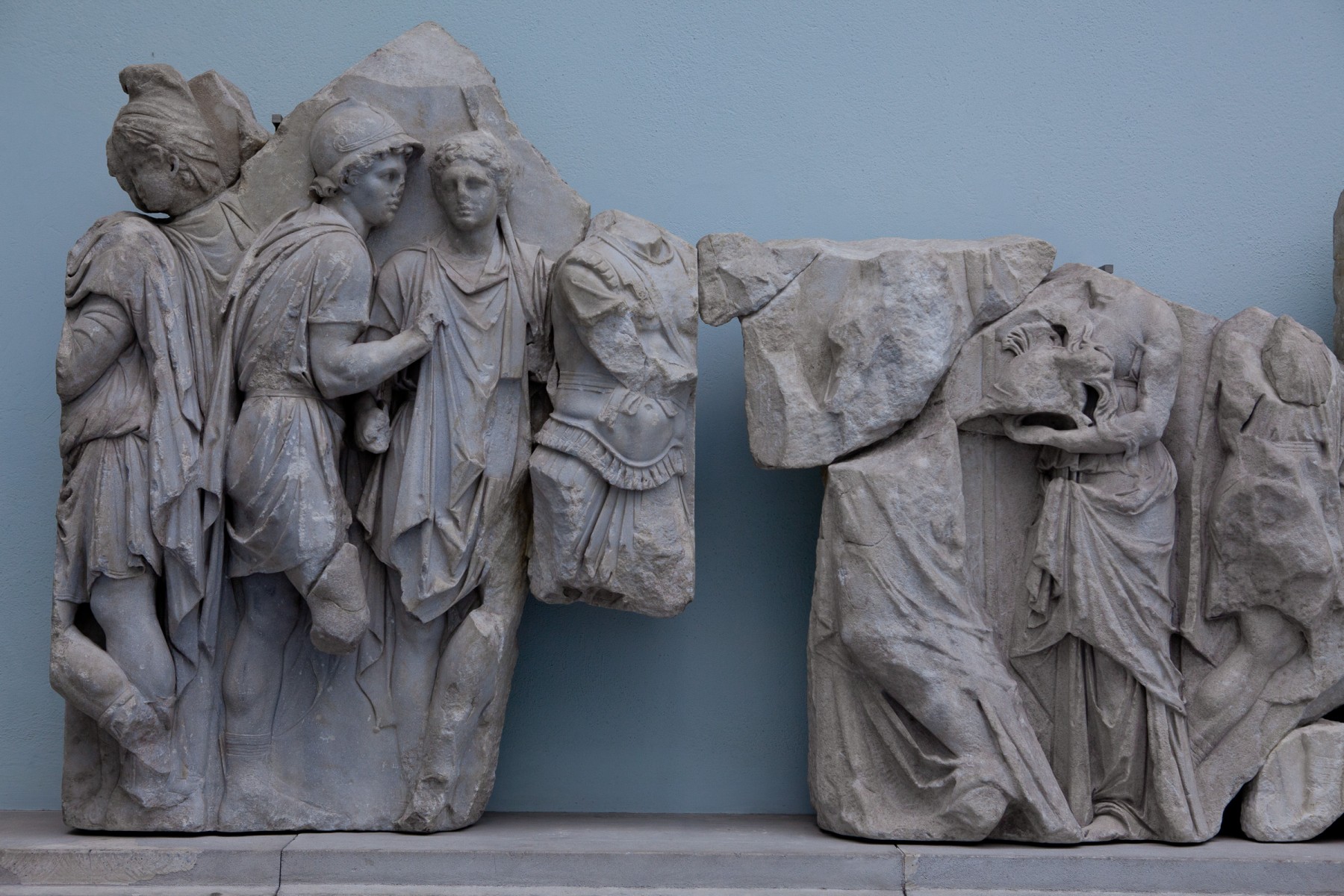 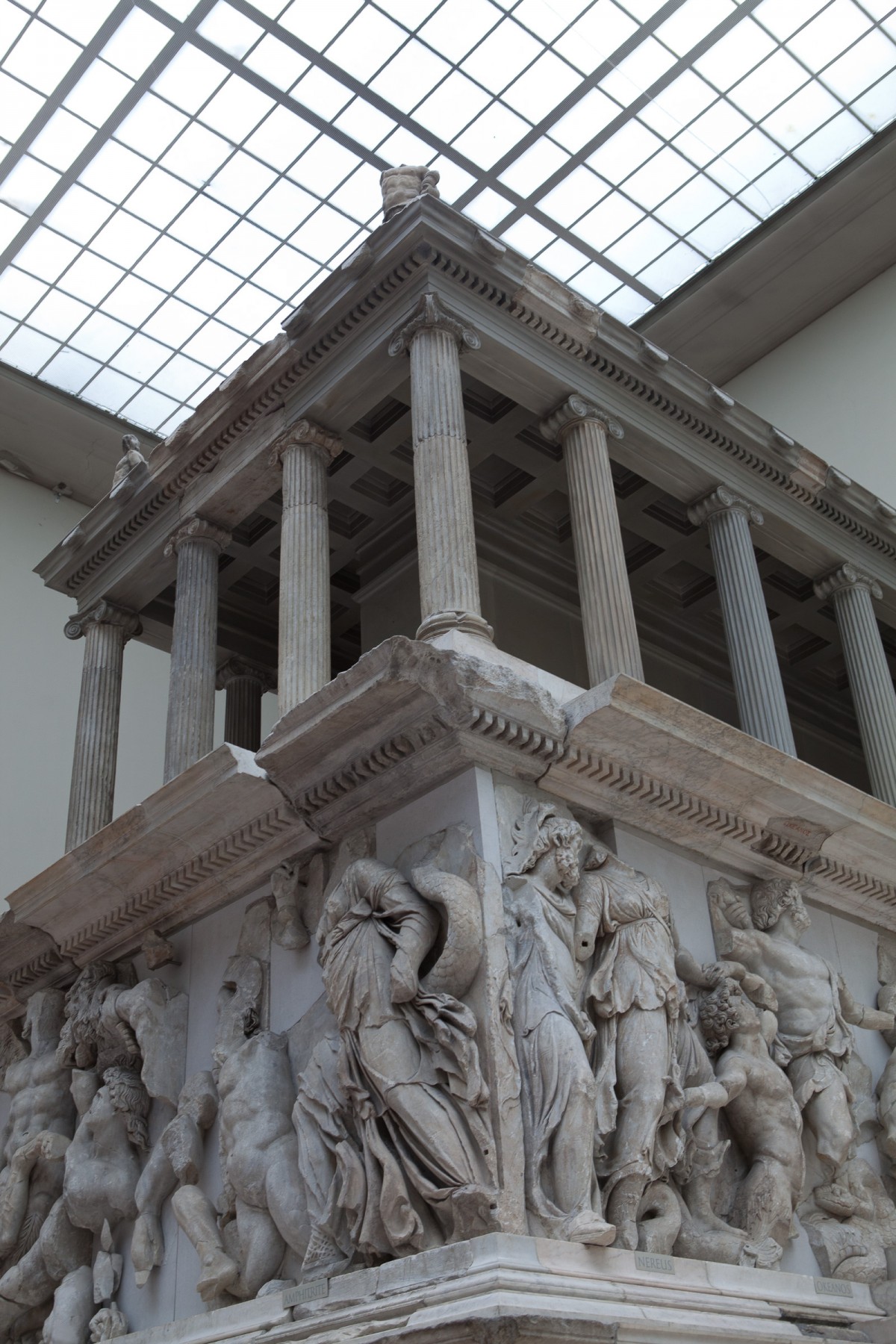 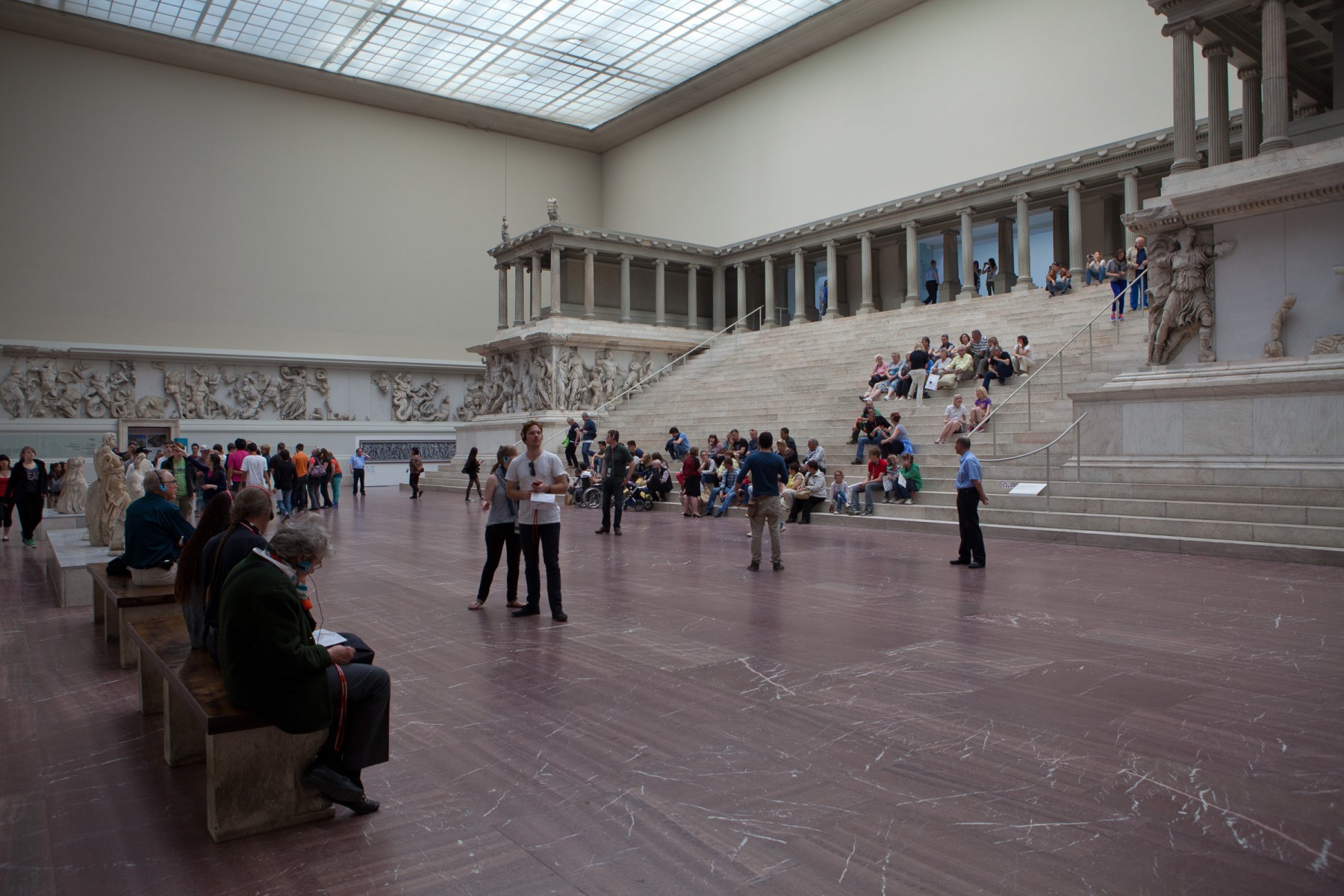 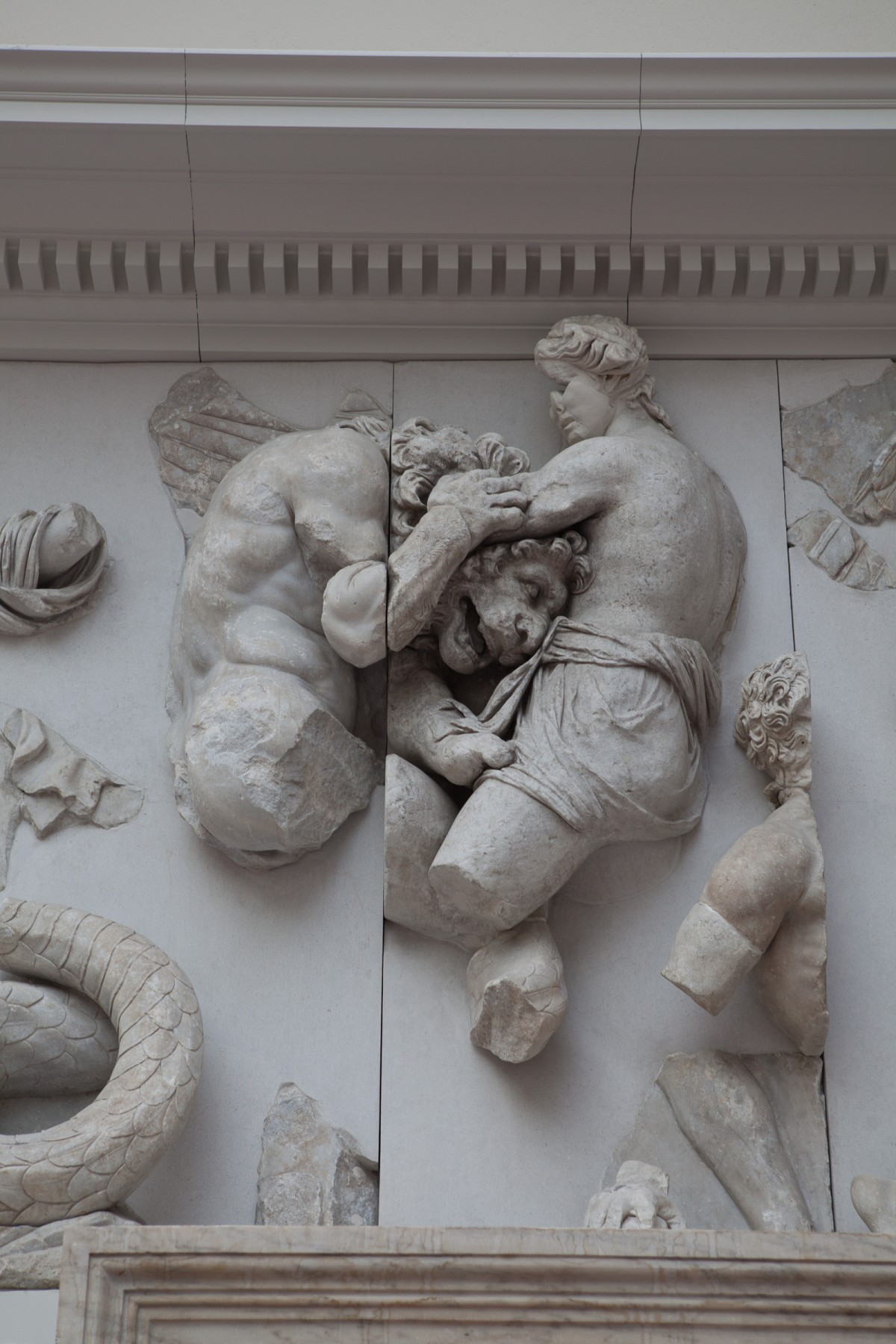 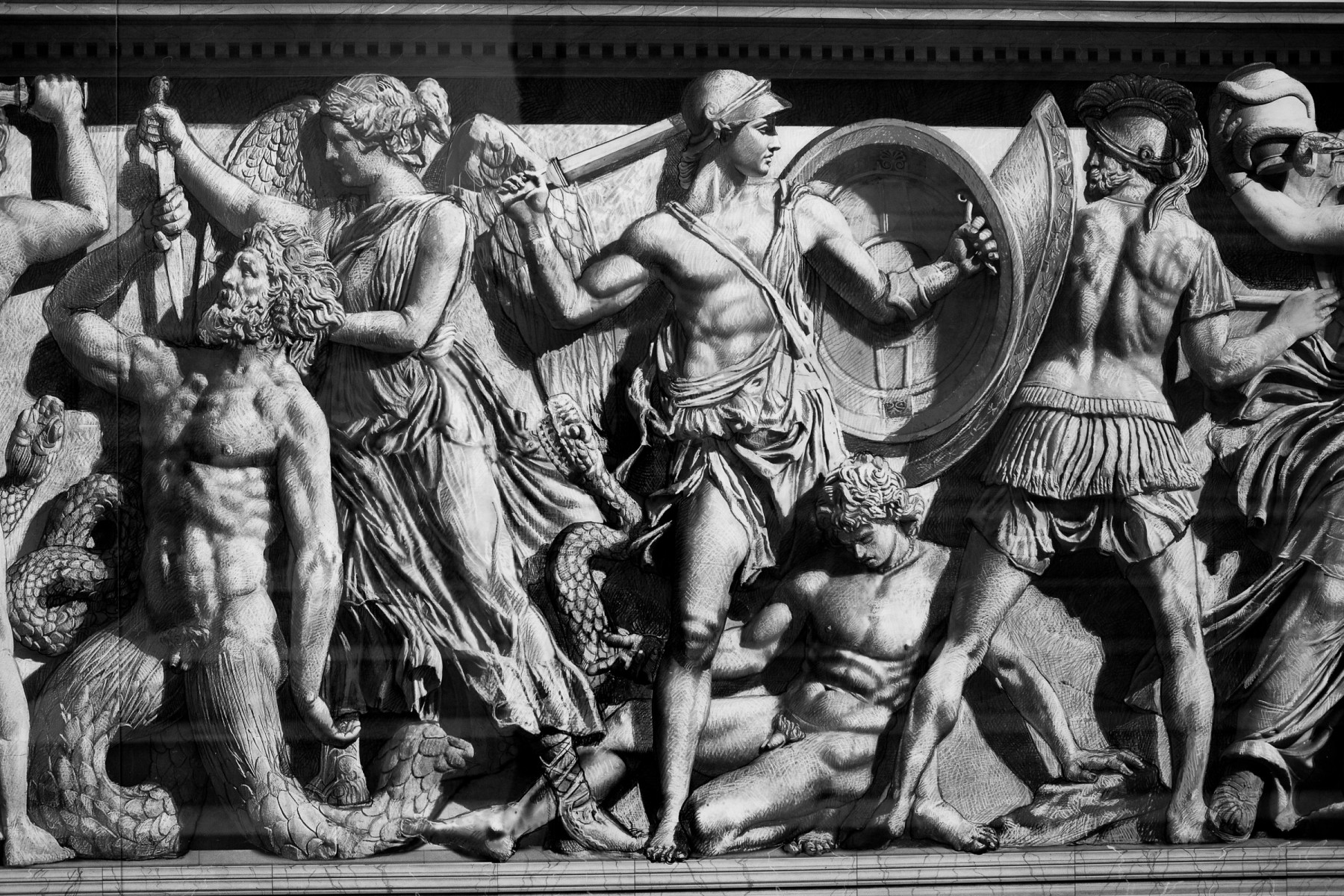 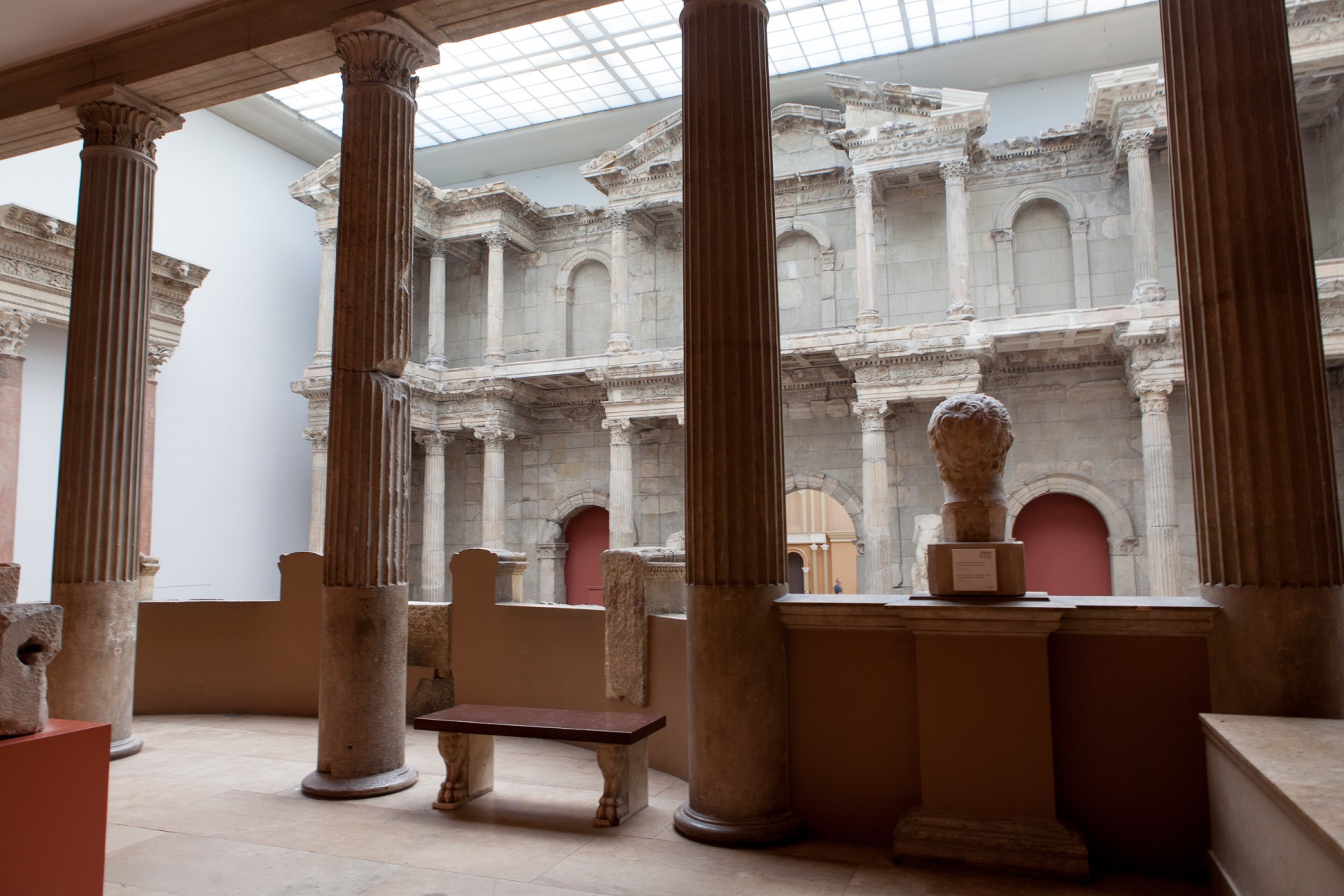 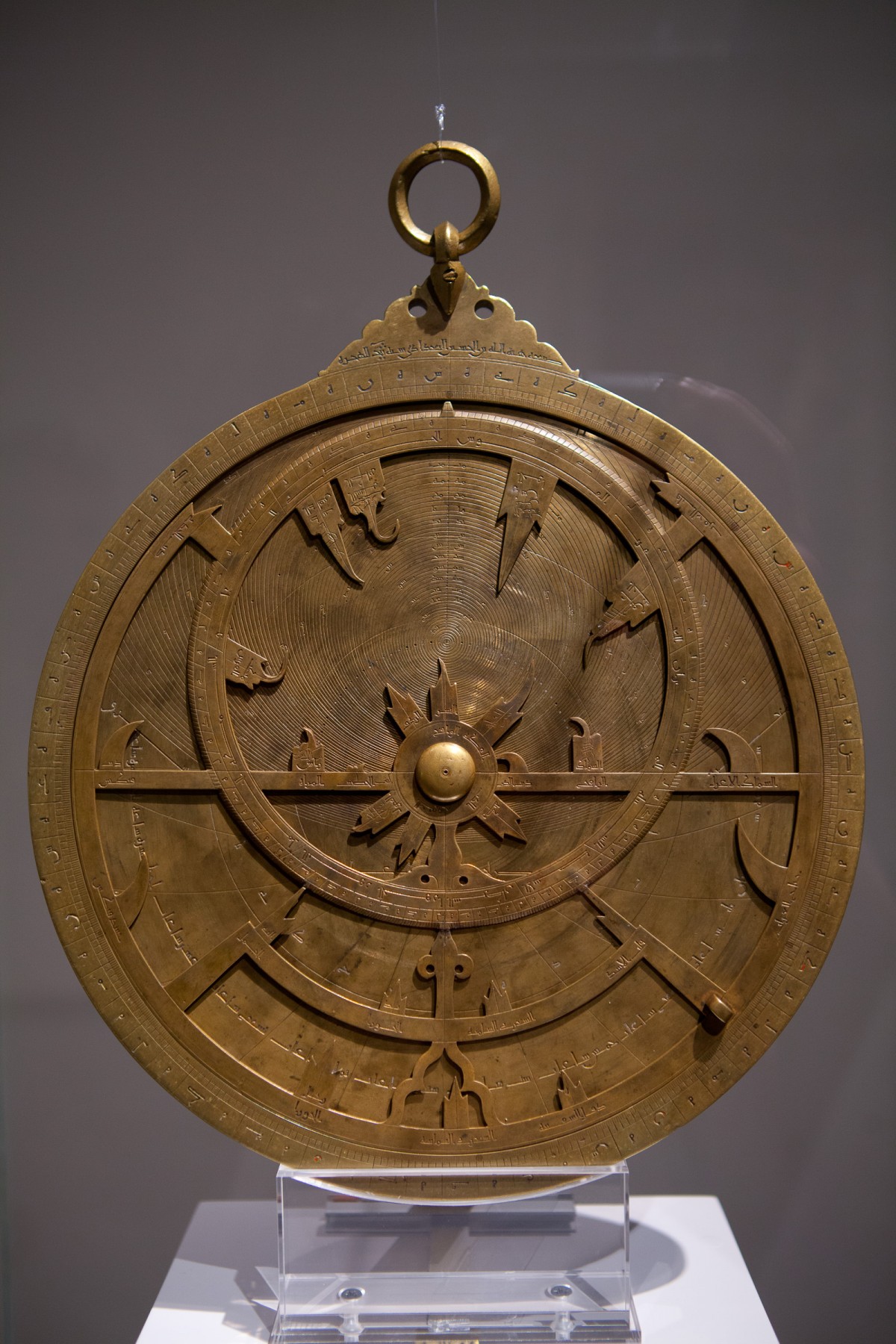 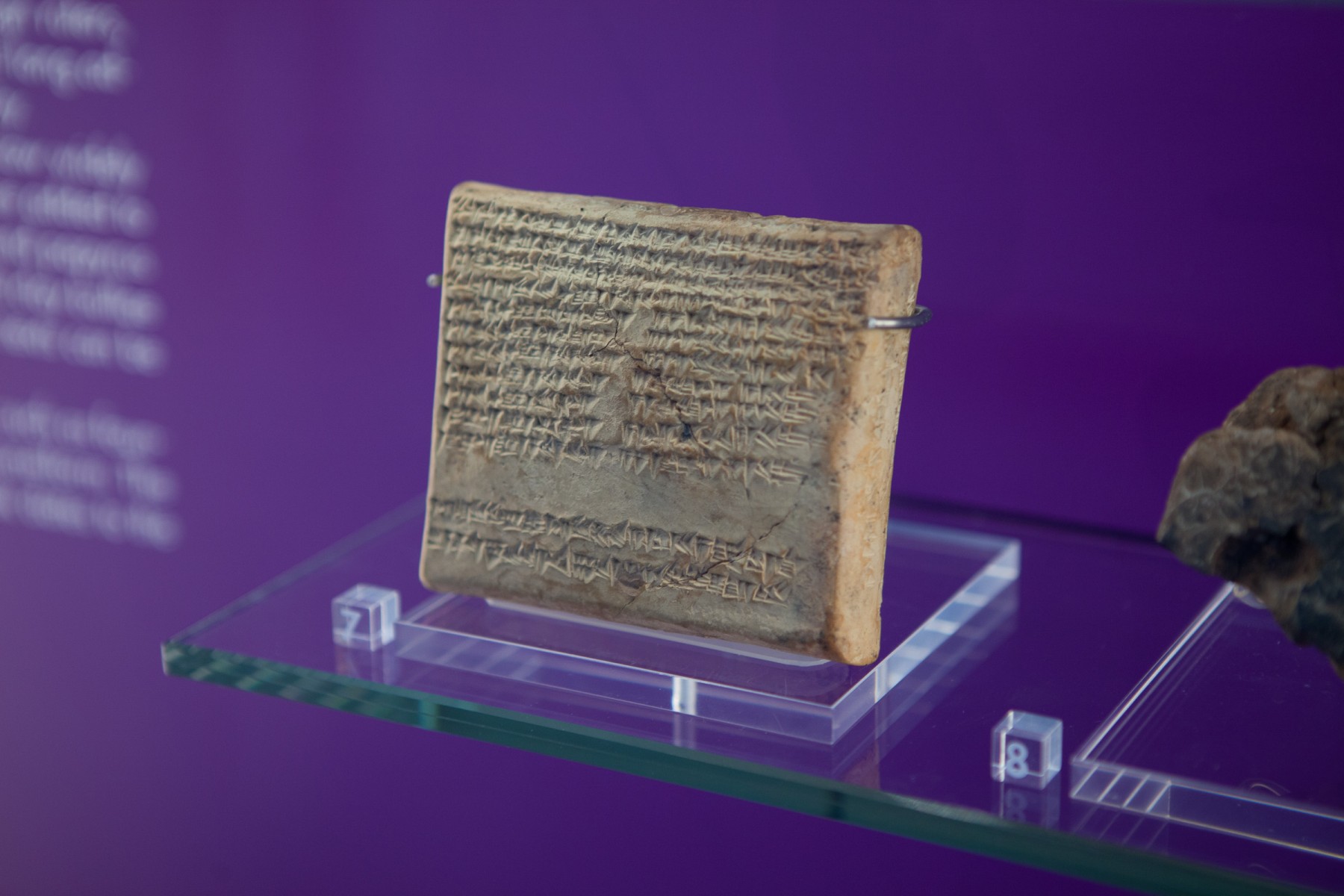 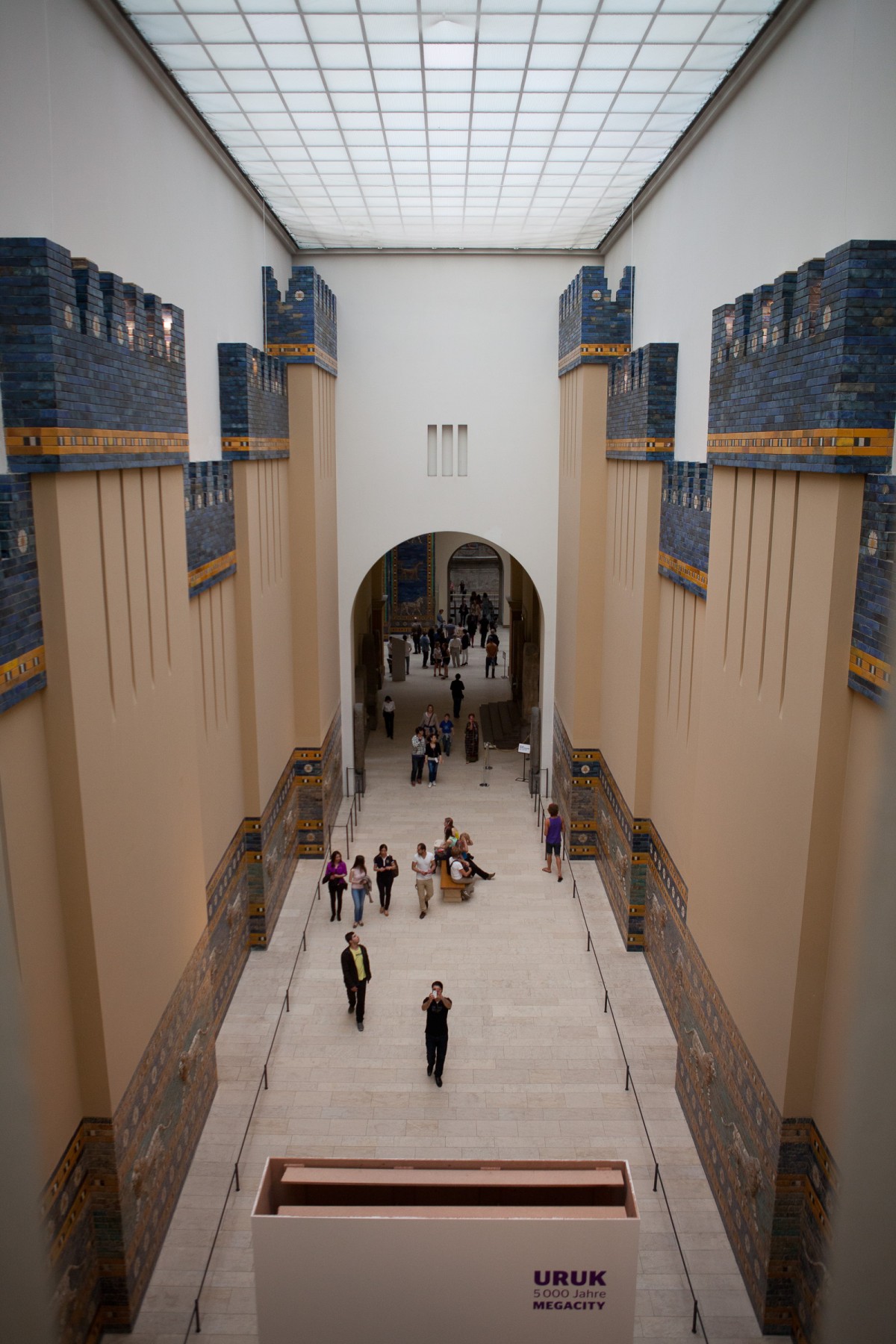 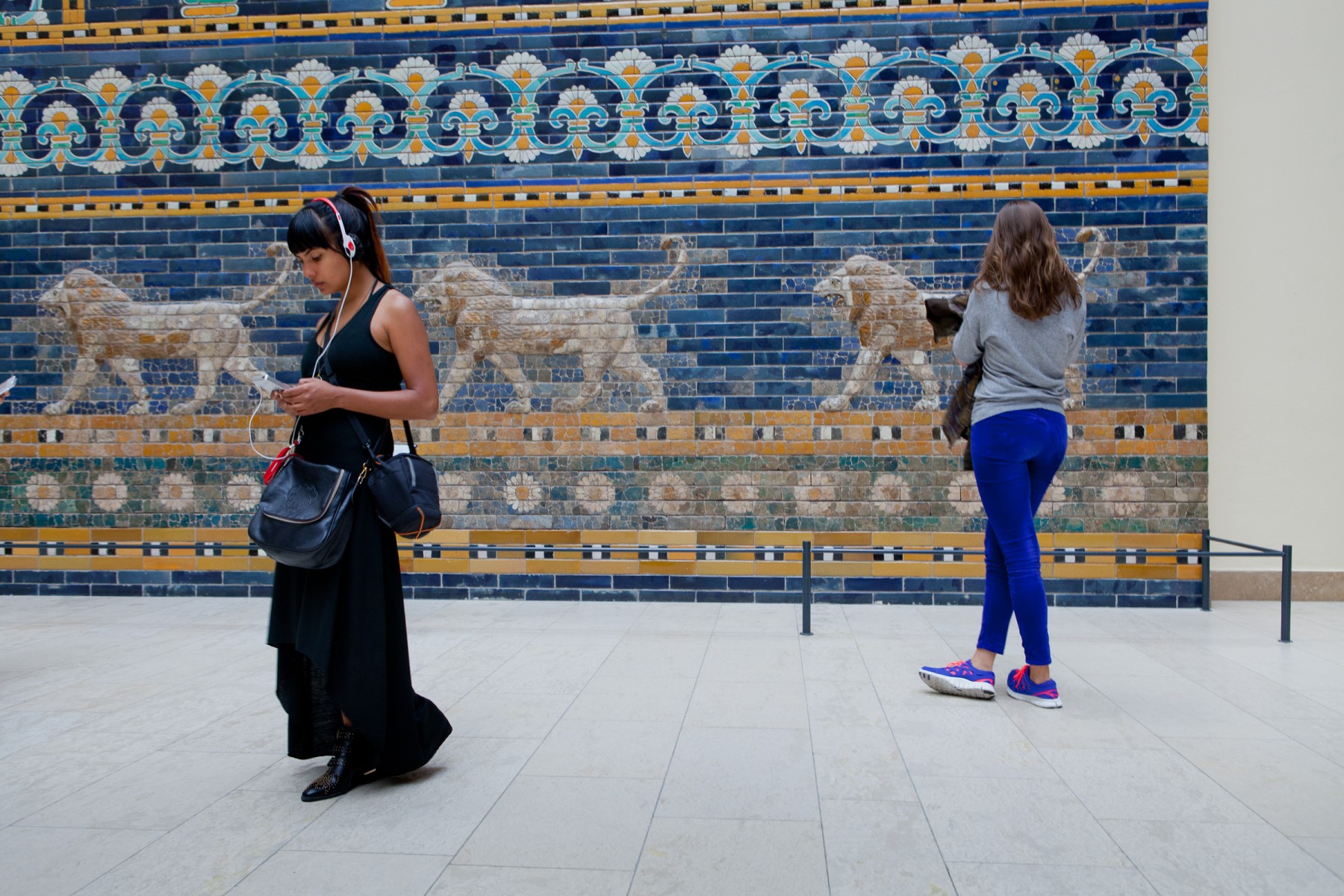 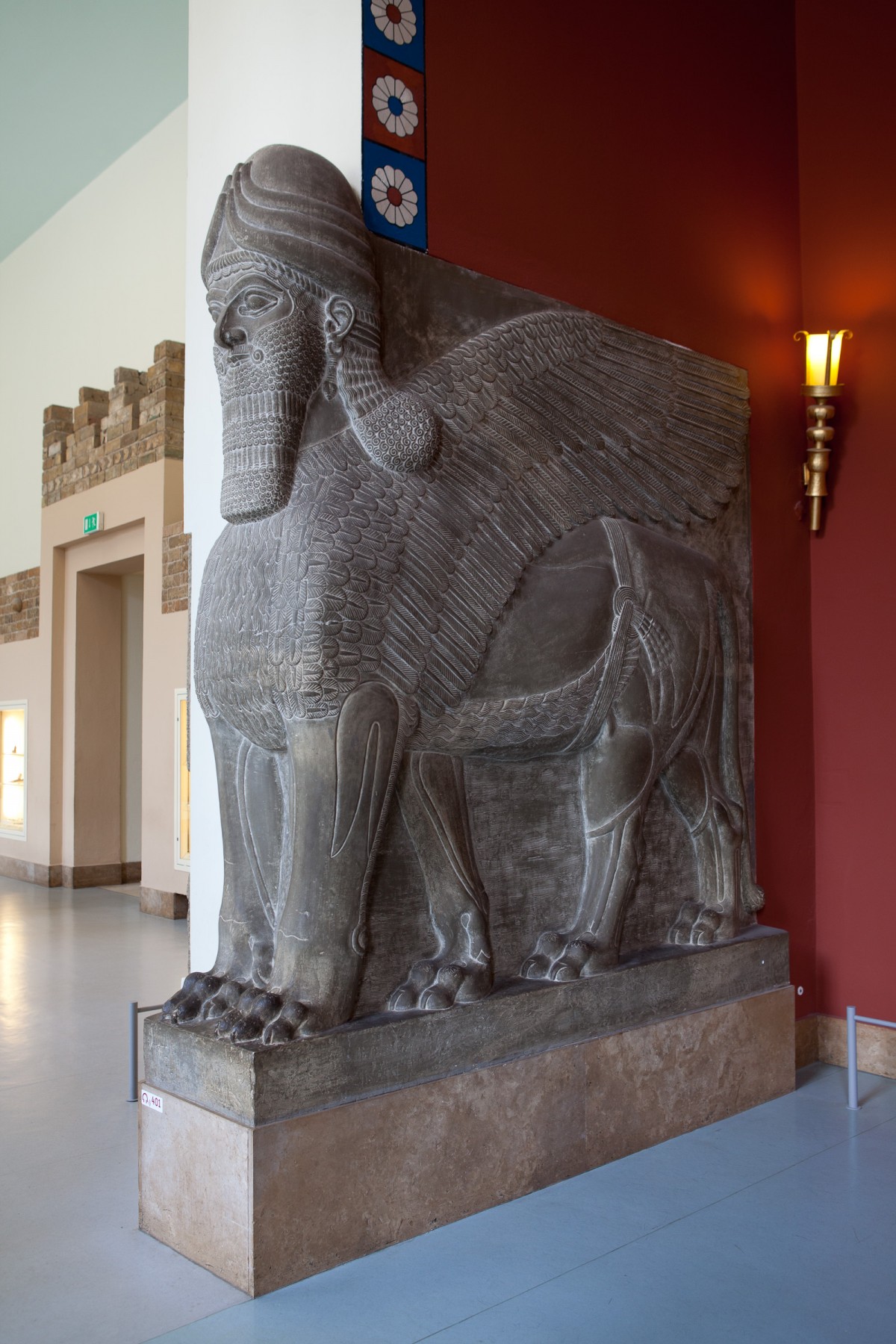 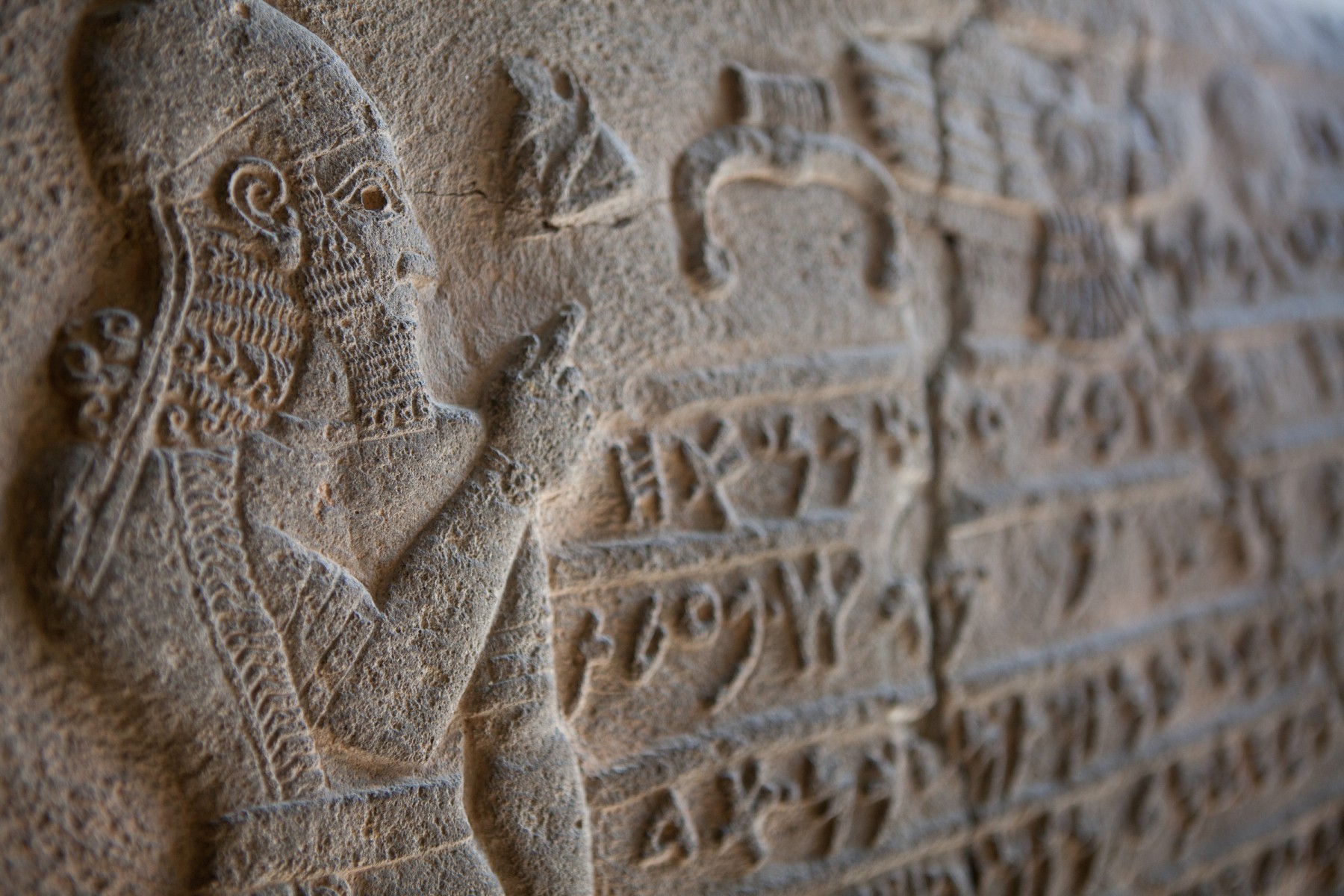