Logo Design: Thinking Inside the Box

The first post on this blog is more than a year old now and it was a link to the 'World of Logotypes' book published in 1976 and re-discovered and scanned by designer Eric Carl.
Richard Pendavingh   Jun. 18, 2010 12:59 am 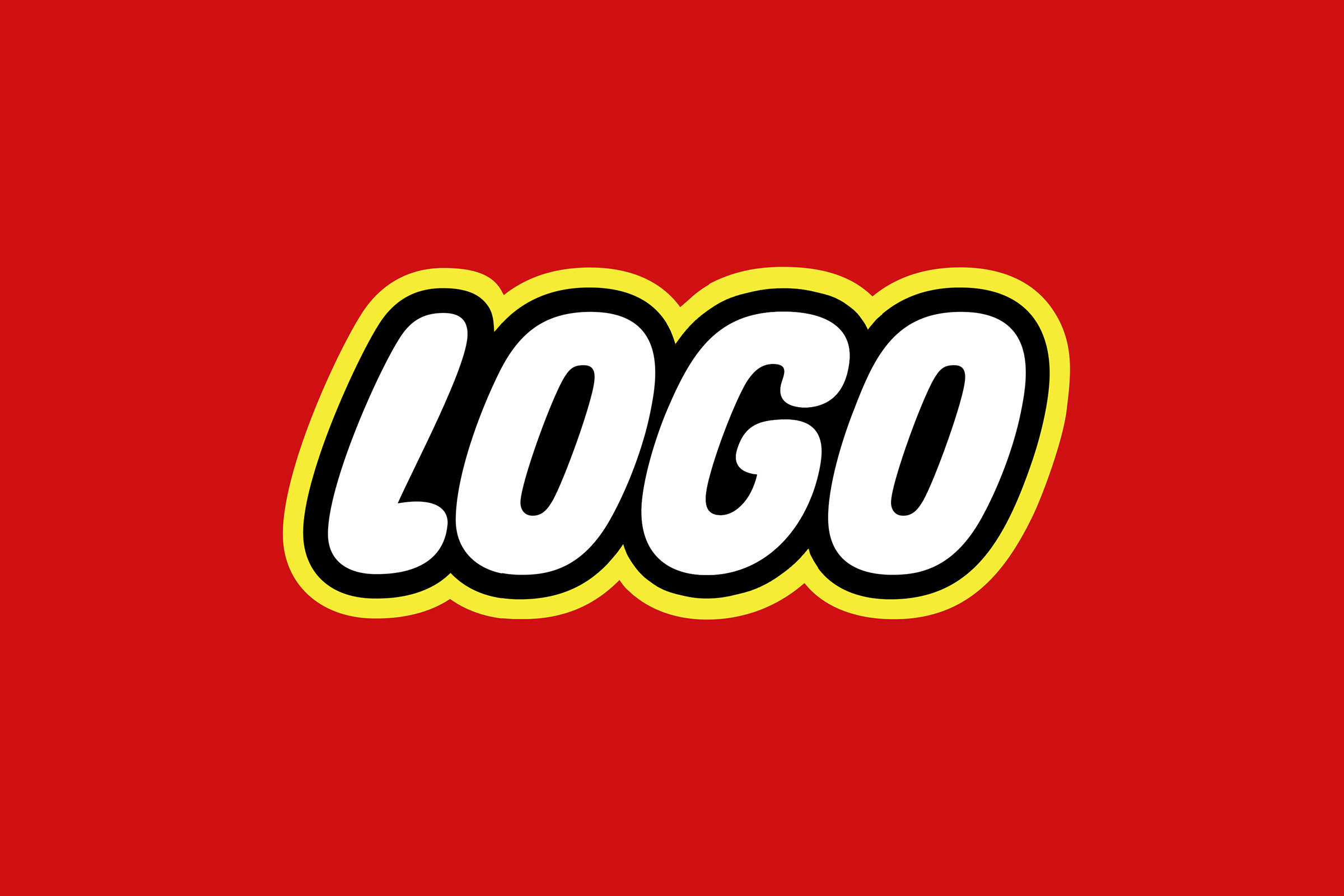 One of the logos featured in the book was designed by Corchia de Harak for the Otis elevator company and it’s one of those clear, simple brand marks that looks just as good on paper as it does stamped into sheet metal on the floor of a lift.  The Lego logo, found on million of plastic bricks the world over, was also from this era and has remained largely unchanged since its introduction in 1973.

Obviously no era and no industry is exempt from fashions and trends and identity design from the 60s and 70s is no exception. The vast majority of the logos from that time are solid, symmetrical, geometric shapes and patterns halfway between Swiss modernism and classical Japanese motifs. If you can recall the emblems for the empire and the rebel alliance in the original Star Wars trilogy they definitely fit the bill and over time I think the public came to associate that style of design with charmless monolithic corporations like Exxon, United Airways and AT&T. But while those designs have dated in many respects the principles that they adhered to are just as relevant today as they were half a century ago.

What has changed is the technology. Advances in printing systems have meant that intricate, full colour print advertisements and packaging can be produced at very low cost. Furthermore it seems that digital displays will soon be the primary medium for companies to present their brands and corporate identities to the world. For some companies it already is. Witness Google’s PacMan anniversary re-brand which took the idea of consistent branding, chased it down a corridor and swallowed it whole. It’s clear that companies are now looking beyond the brandmark for identities that integrate with sound, motion graphics and interactive applications.

These days a footwear manufacturer wouldn’t opt for the Nike swoosh unless it had a gradient, was transparent and actually swooshed. So while designers need to take full advantage of new technologies and give their clients all the bells and whistles they also need to provide designs that will stand stand up to scrutiny on all the conventional (and unconventional) mediums that these symbols inevitably find themselves applied to.

Looking at the predominant logo design trends for 2010 I can’t help but feel that a lot of the design principles embodied in those early logos have been left by the wayside in the rush to create brands for the digital era.

In Bill Gardener’s breakdown of the logo trends for 2010 on logolounge he explains that;

“Transparency in logo design has become a bona fide design tool, like type or color, not a trend. . .brightness in hue has become pervasive, likely due to the public’s eye being thoroughly trained now for light-projected, on-screen color. We now live in a RGB, not a CMYK world.”

Among the examples Gardener selected that sum up the landscape of identity design over the last year are some wonderful pieces of art but, with the exception of a few, not many examples of good logos. 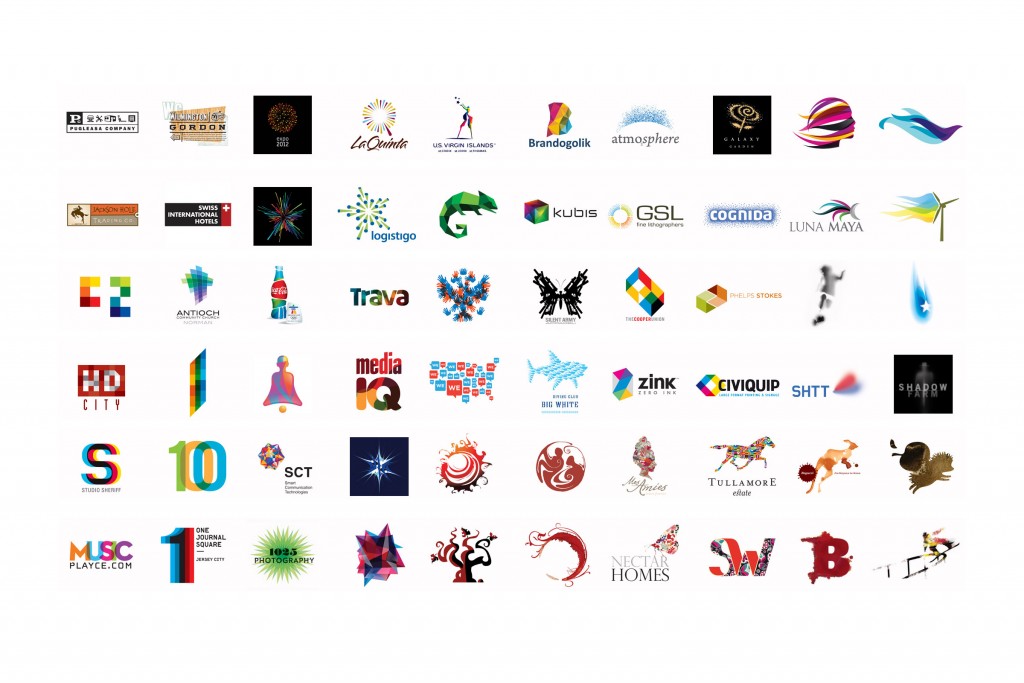 So while the criticism could be made that the World of Logotypes could double as a bathroom tile catalogue these colourful whispy, dusty, smoky, splotchy things fail as logos altogether. They rely almost entirely on colour, transparency and intricate details to convey their message.

Contrary to what Bill would suggest we don’t yet see the entire world through a screen so we have a responsibility to our clients to produce an identity that will work in the physical world too. The reality is that logos have to work in any colour and at any size and they must be designed with smallest applications and the cheapest printing methods in mind. A good logo should be able to be projected, engraved, stitched, stamped, tattooed or assembled from a crowd of french people.

Necessity is the mother of all invention and it seems earlier designers like Saul Bass and Paul Rand had to find ways to make their ideas work within the limitations of the technology available to them and, in doing so, they produced some really strong identities and iconic brands. It’s not nostalgia to look back and recognise that the priority they gave in their designs to simplicity and clarity are just as important to companies today as they were then.

Designer Eric Carl graciously scanned each page and uploaded it to his flickr and logoblink.com recompiled it into one big pdf available here. 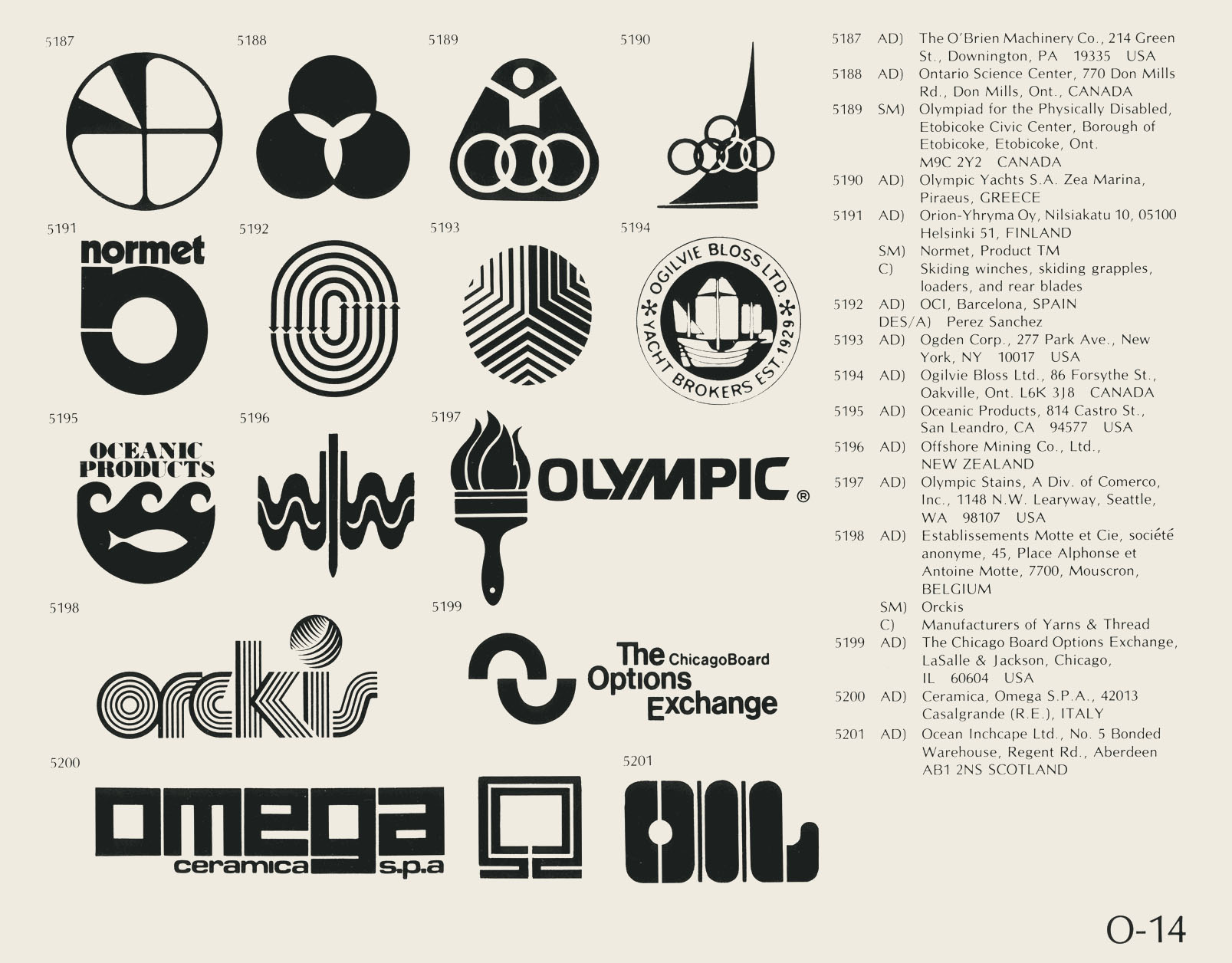 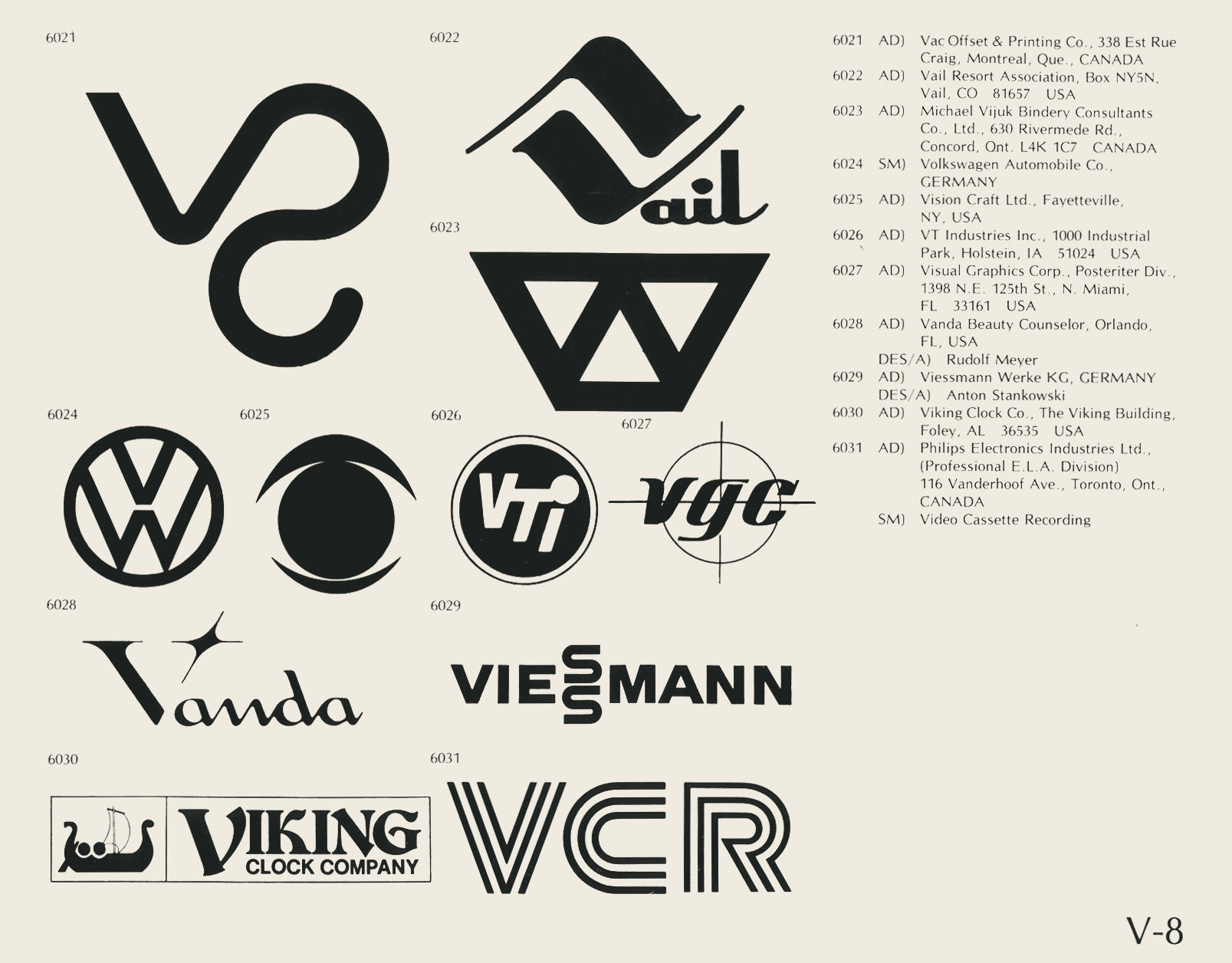 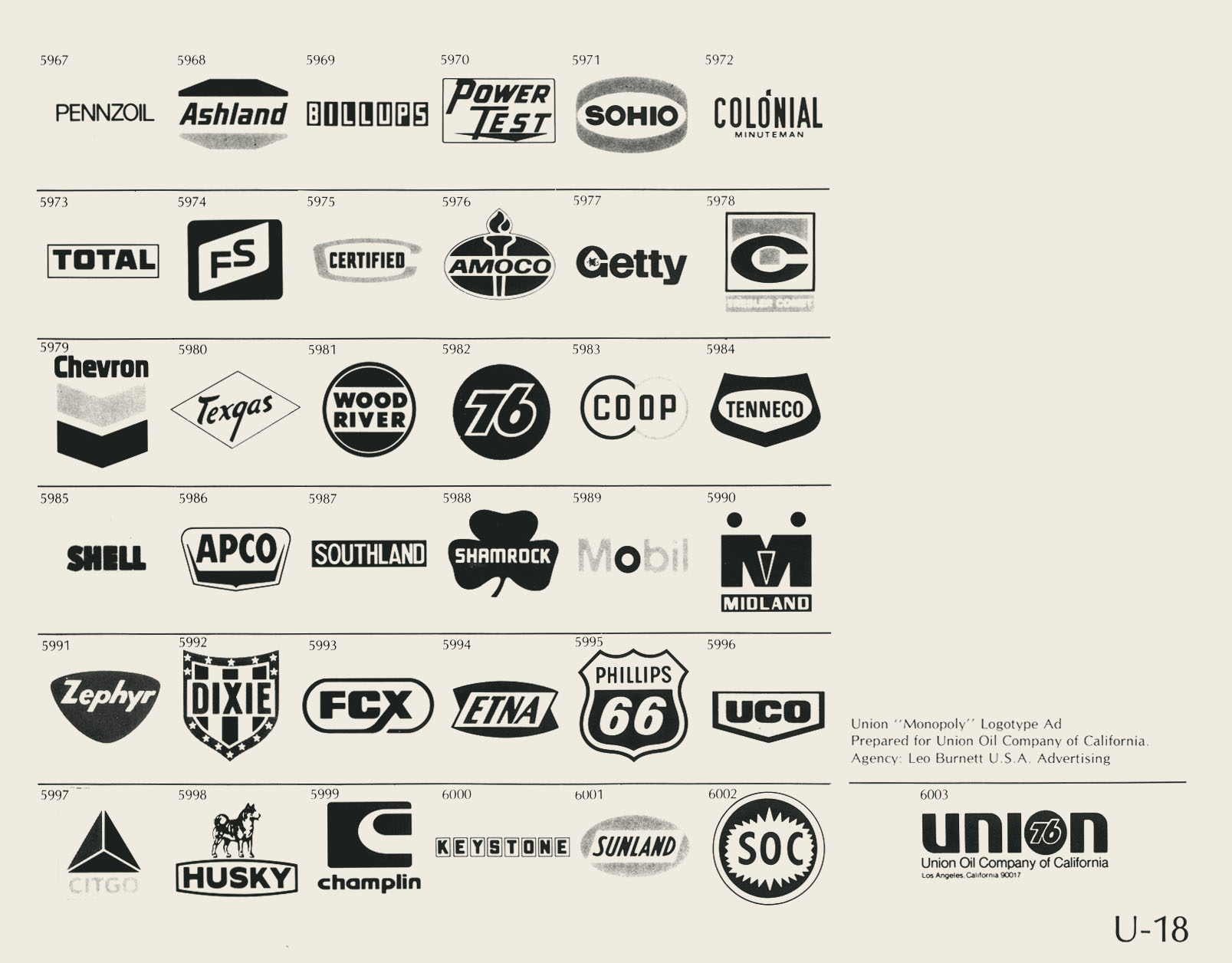 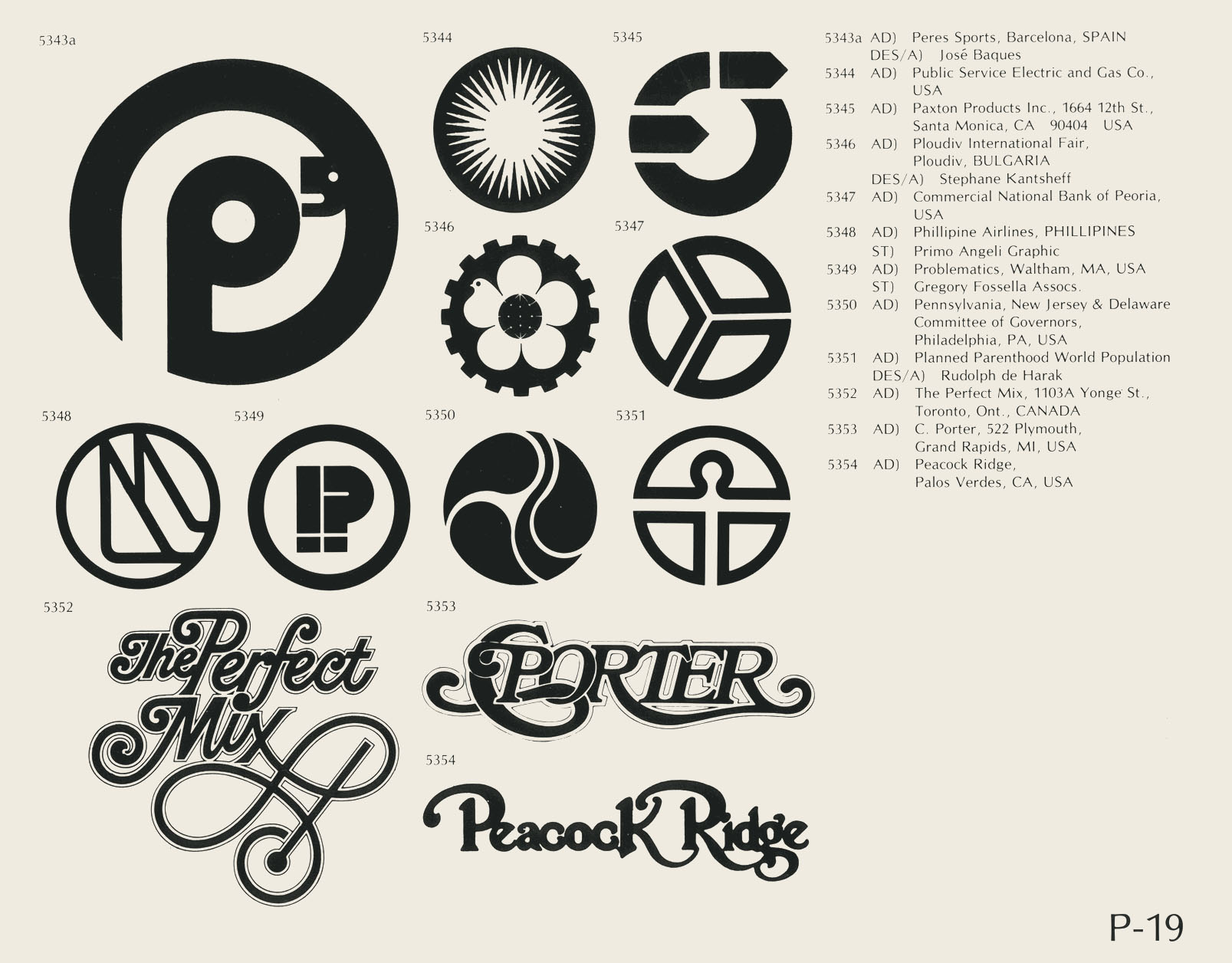 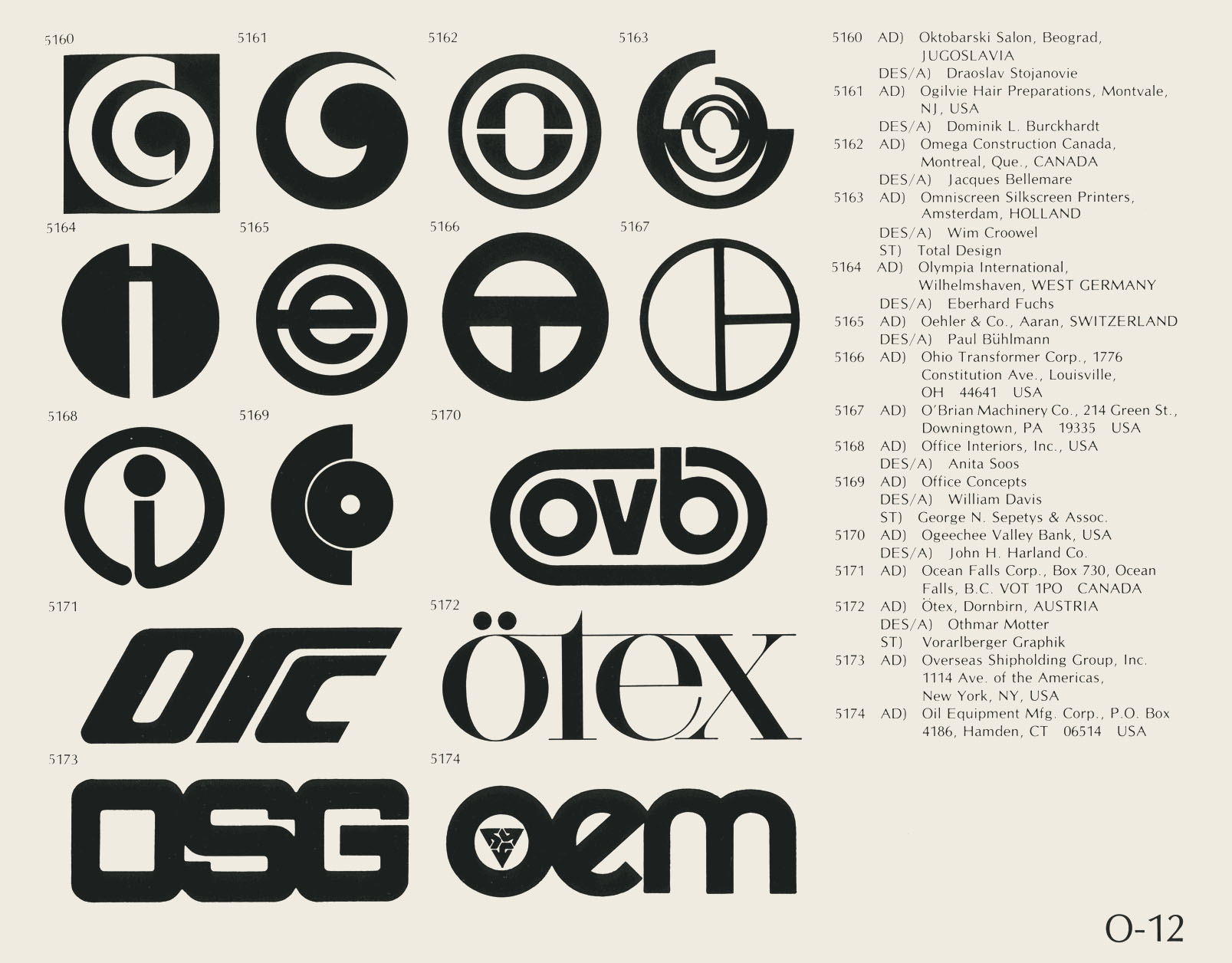 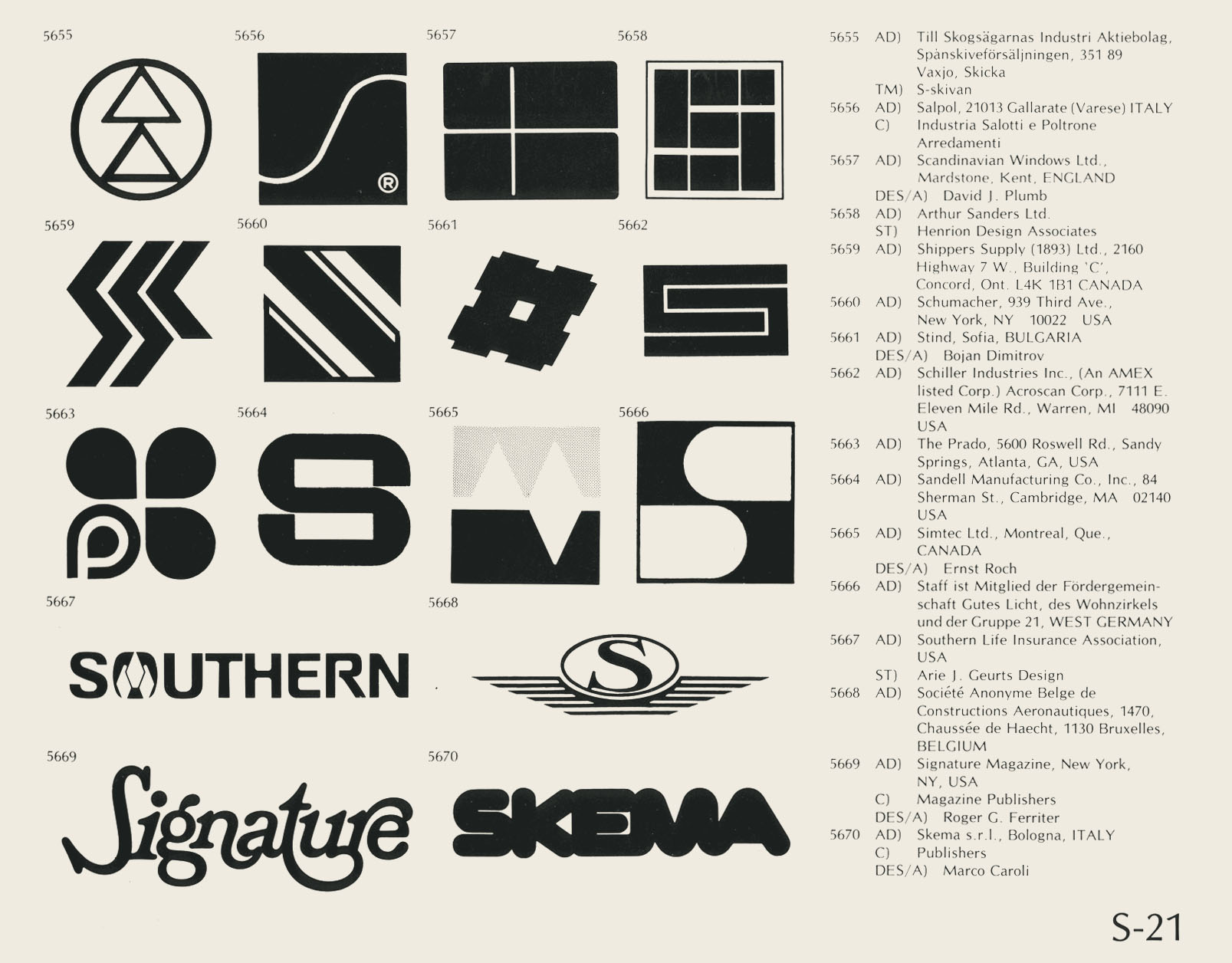 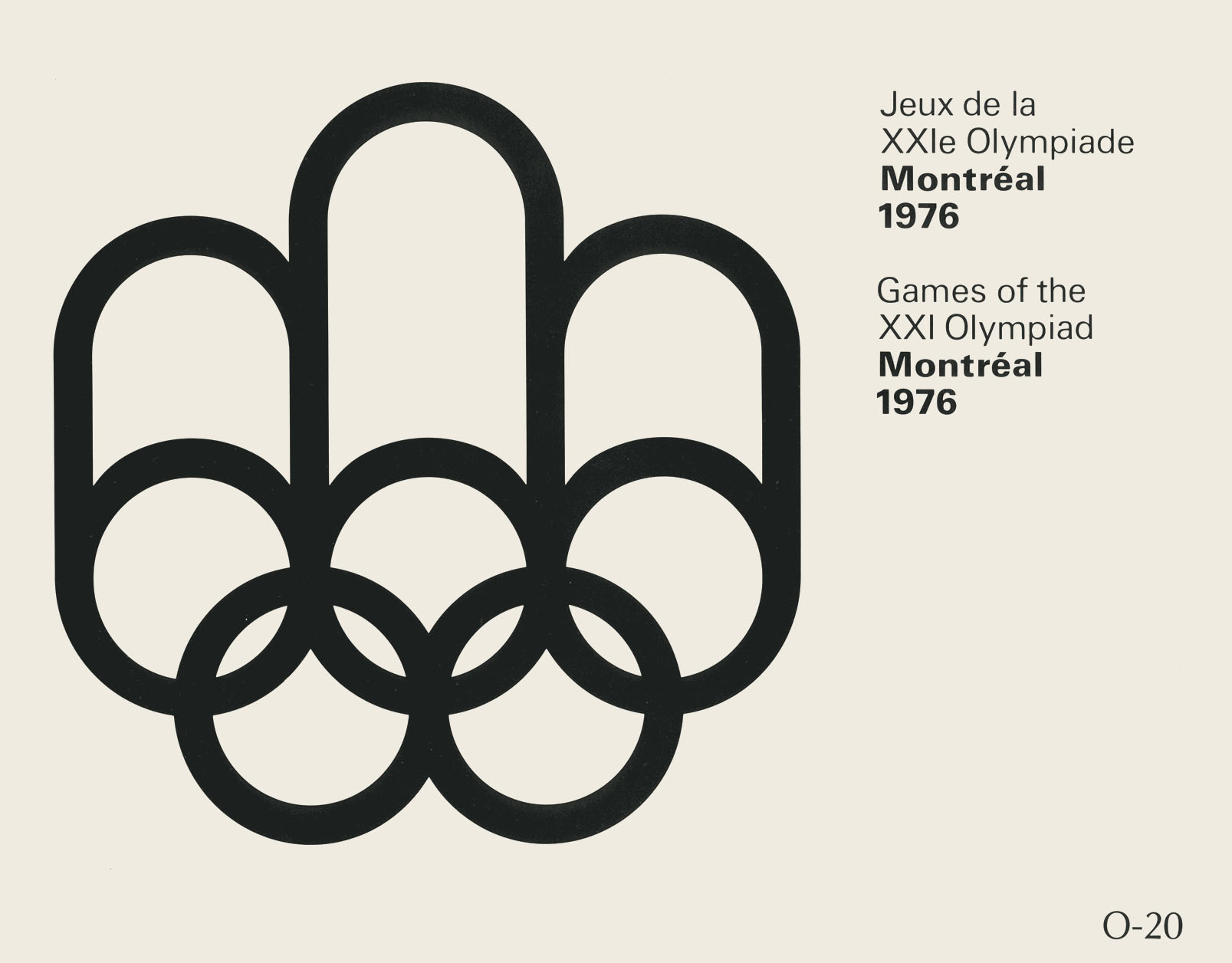