Photos I took of today's anti-government demonstrations in Istanbul.
Richard Pendavingh   Jun. 2, 2013 09:45 am 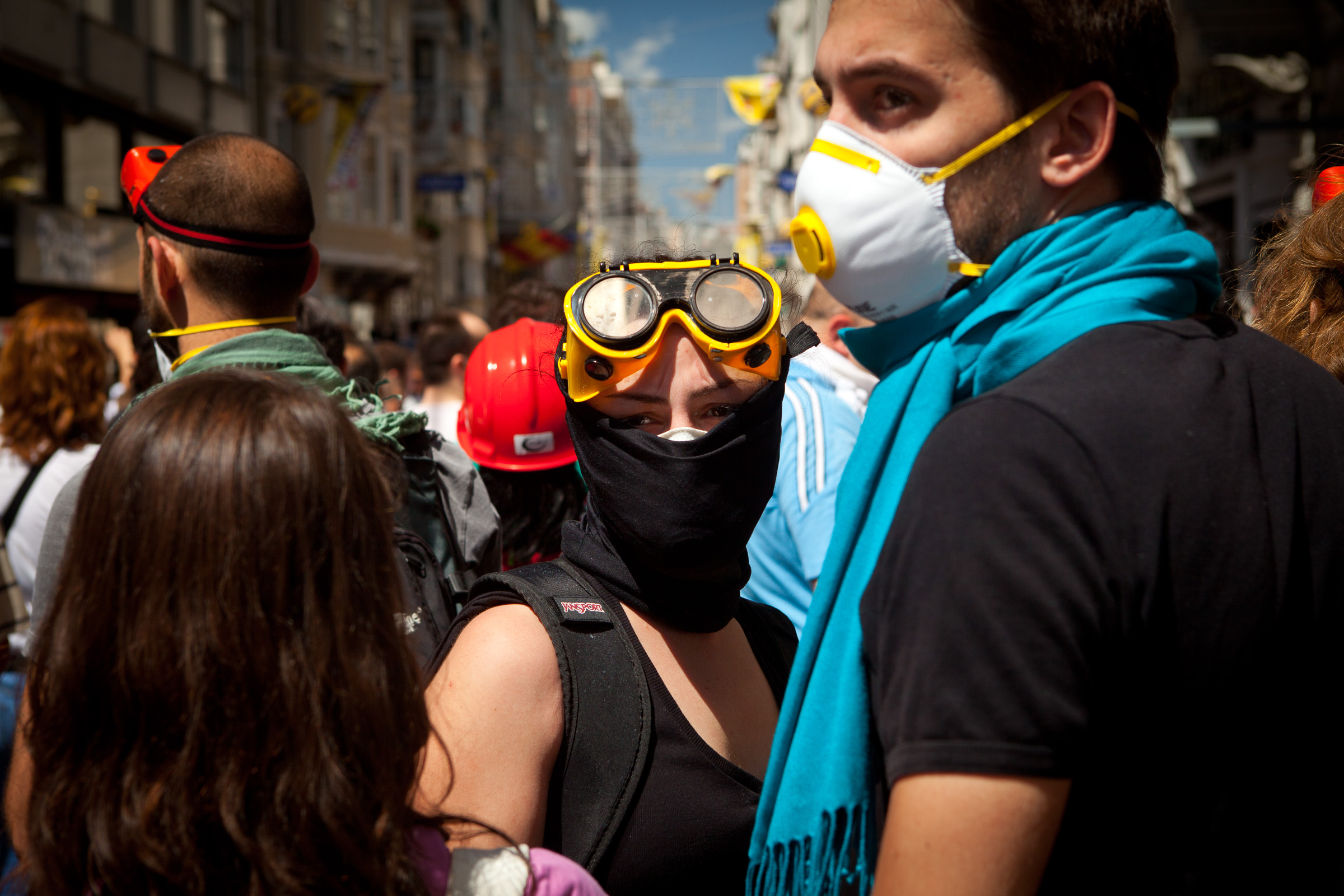 “Tell the people in your country that this is the first day of the Turkish revolution”. That was what the bloke next to me said once I climbed up onto of a temporary site office in Taksim Square to get a sense of the crowd. All day tens of thousands of protestors had been flooding towards the square and the adjoining Gezi Park to protest against Prime Minister Recep Tayyip Erdogan who recently announced plans to turn the park into a shopping centre and reconstruct an old Ottoman military barracks at the site.  A peaceful sit-in at the park had taken place over the last few days but yesterday the police staged a violent crackdown on the protestors using water canons and tear gas grenades.

A dozen people were injured and two opposition legislators had to be hospitalised from the effects of the gas. That violent overreaction on the part of Erdogan’s government brought hundreds of thousands of Istanbul’s residents into the streets today. Similar demonstrations were staged in other parts of the country including Izmir, Trabzon, Antalya and the capital Ankara. The demonstrators in Istanbul clashed with police in the early afternoon and eventually succeeded in reaching the Square. Several police vehicles and pieces of construction machinery associated with the re-development project were damaged when the police retreated. The Police station adjoining the square was looted and torched.

Some of the slogans being chanted included “shoulder to shoulder against fascism” and “government resign” and many an unflattering comparisons was made between Erdogan and the old Ottoman sultans. From what I’ve read there’s a growing antipathy towards Erdogan’s more Islamic-rooted government from the more secular segments of the Turkish population. In recent years the government has stepped-up restrictions on alcohol, withdrew funding for theatres and the opera and given tacit support for more sharia-inspired legislation.

According to journalist and commentator Zeynip Tufeki the underlying causes of the protest are;

“an increasingly tone-deaf, majority government who is relatively popular but is pursuing unpopular, divisive projects; an incompetent opposition; a cowardly, compliant mass media scene PLUS widespread, common use of social media.”

I followed the protest along Istiklal avenue towards the square. There were thousands of people on that stretch of road alone with more flooding in every minute. The police and security forces were at a clear disadvantage even as volleys of tear gas grenades were sent into the front of the crowd. Several groups of protesters hung back to provide assistance to those suffering from the effects of the gas and many more raided construction sites and dragged in planter pots to build barricades to prevent the police from reclaiming any ground. Sometime around 3pm the police withdrew and a large cloud of dark smoke could be seen coming from the square where protesters had set fire to the police station.  We went back down Istiklal avenue again -this time unimpeded- and watched the celebrations as a vast crowd on anti-government demonstrators waved banners and marched through the square.

There were people there from a range of different backgrounds but the majority appeared to be young students and casually-dressed men and women in their 30s and 40s. They waved Turkish flags and pictures of the venerated former leader Attaturk and the atmosphere was one of celebration and excitement. Cars and motorbikes everywhere leaned on their horns and people broke out spontaneously into cheering and clapping all over the city as I walked around. It felt like Turkey had won the world cup or been awarded the Olympics. It certainly didn’t feel like any public demonstration that I’ve ever witnessed.

Better coverage than mine is available on the major news networks and worse (though arguably more dramatic) pictures than mine can be found on the Occupy Gezi Tumblr account.

According to the some of the folks I know that live here this article by Zeynep Tufekci is a good primer for the context and implications of the Taksim Square demonstrations. As you can see from this aerial instagram there was a ton people on the streets today.

NB: Protestors exposed to teargas were treated with a liquid antacid and water mixture so that’s the white stuff you can see on people’s faces in some of these pictures. 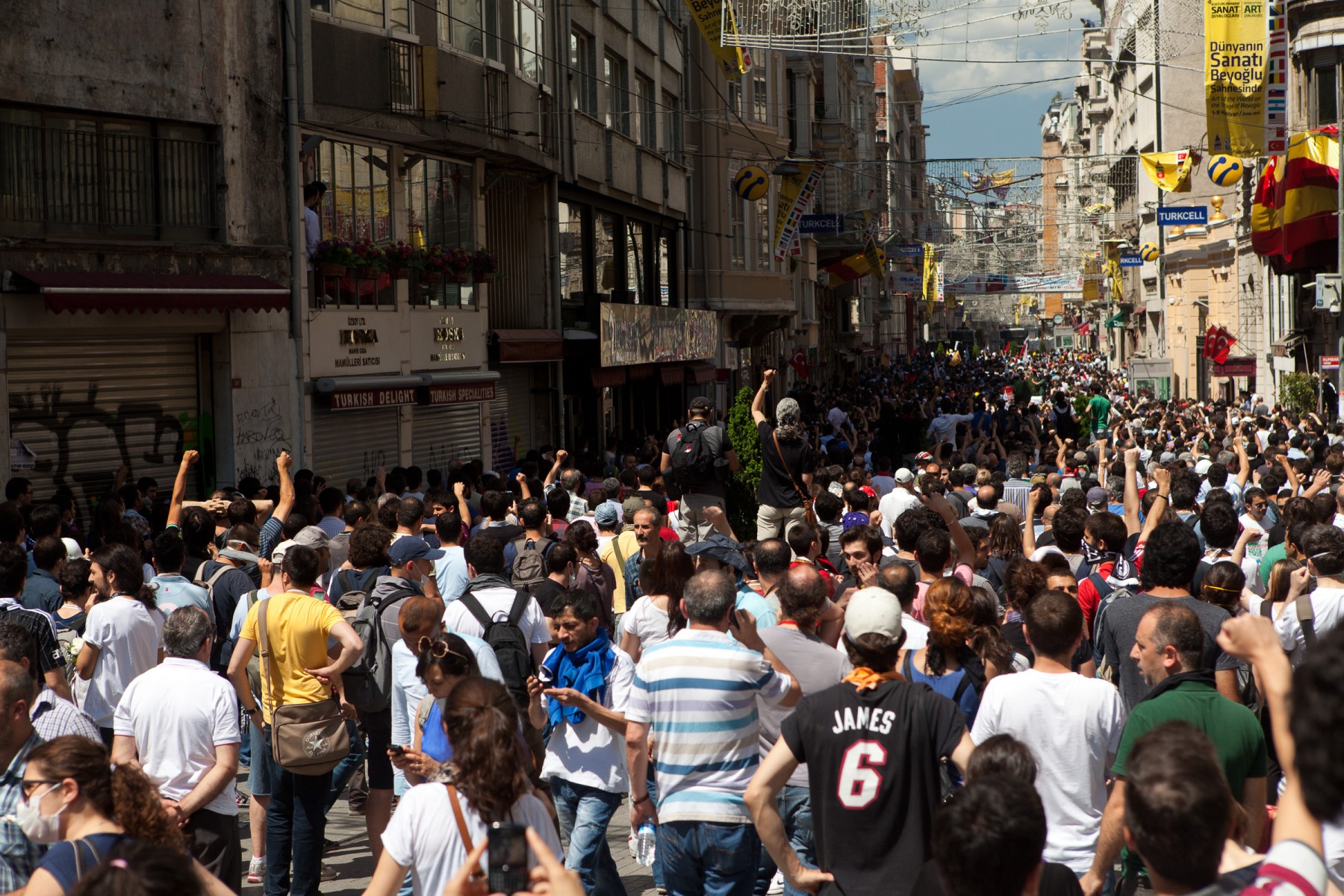 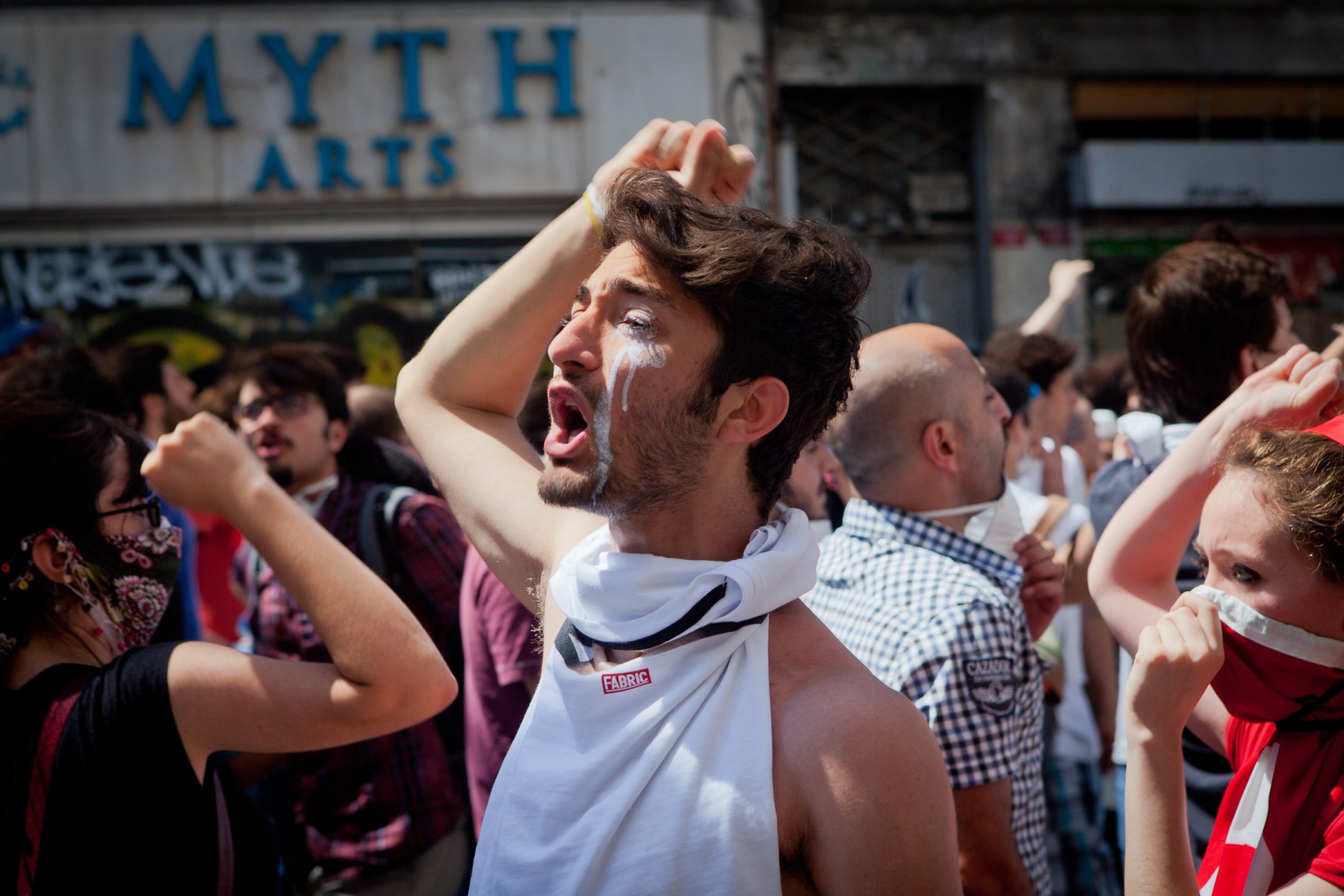 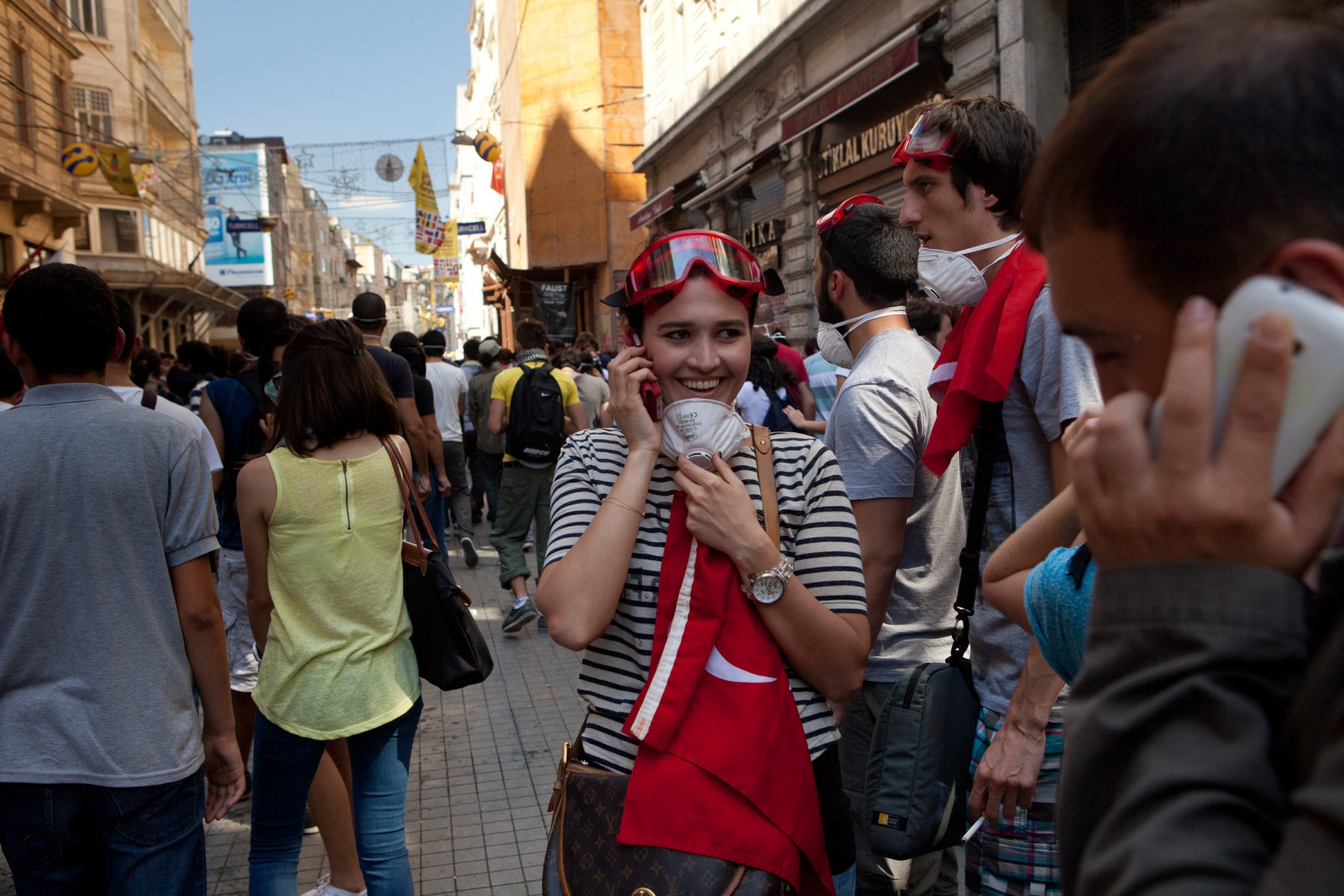 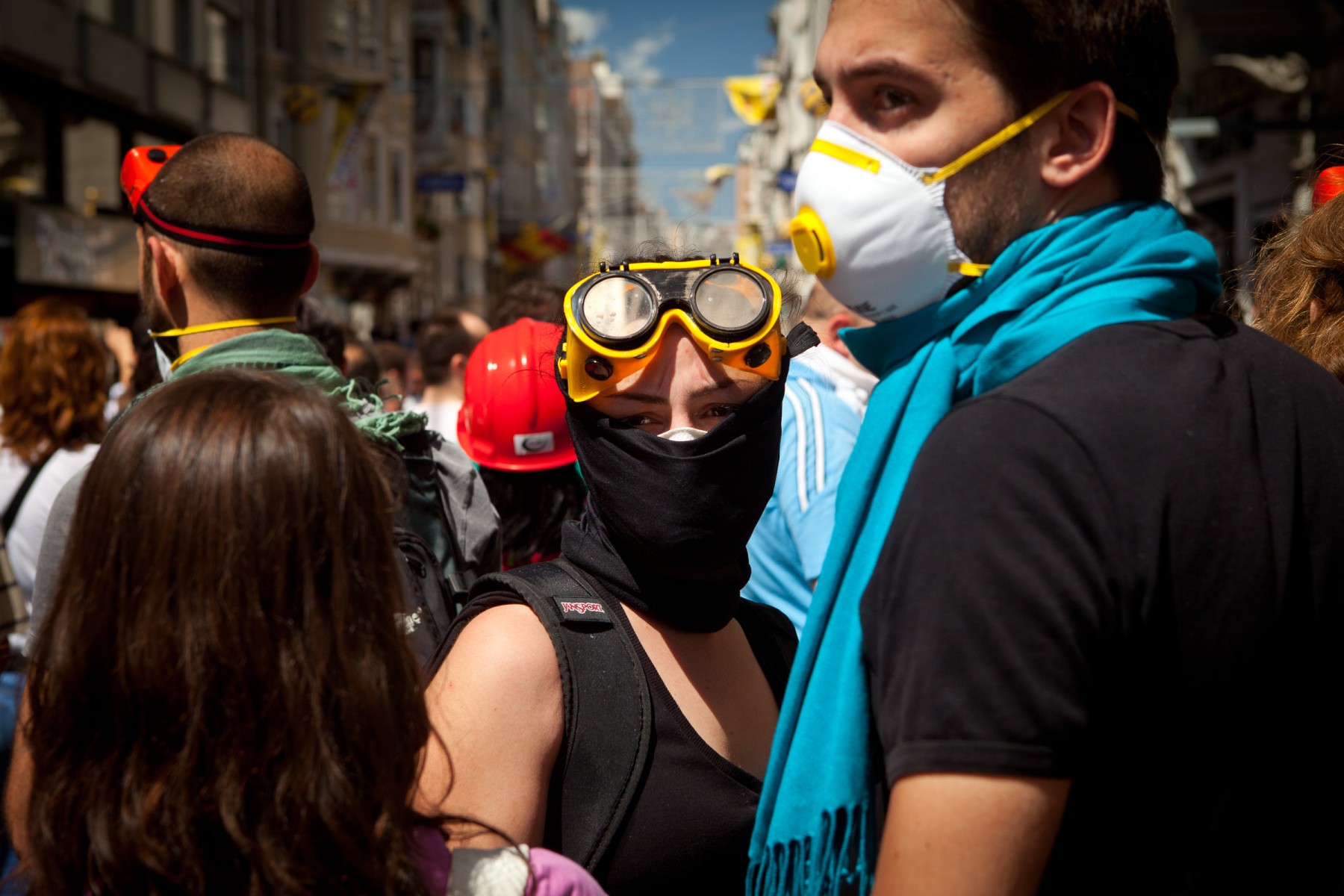 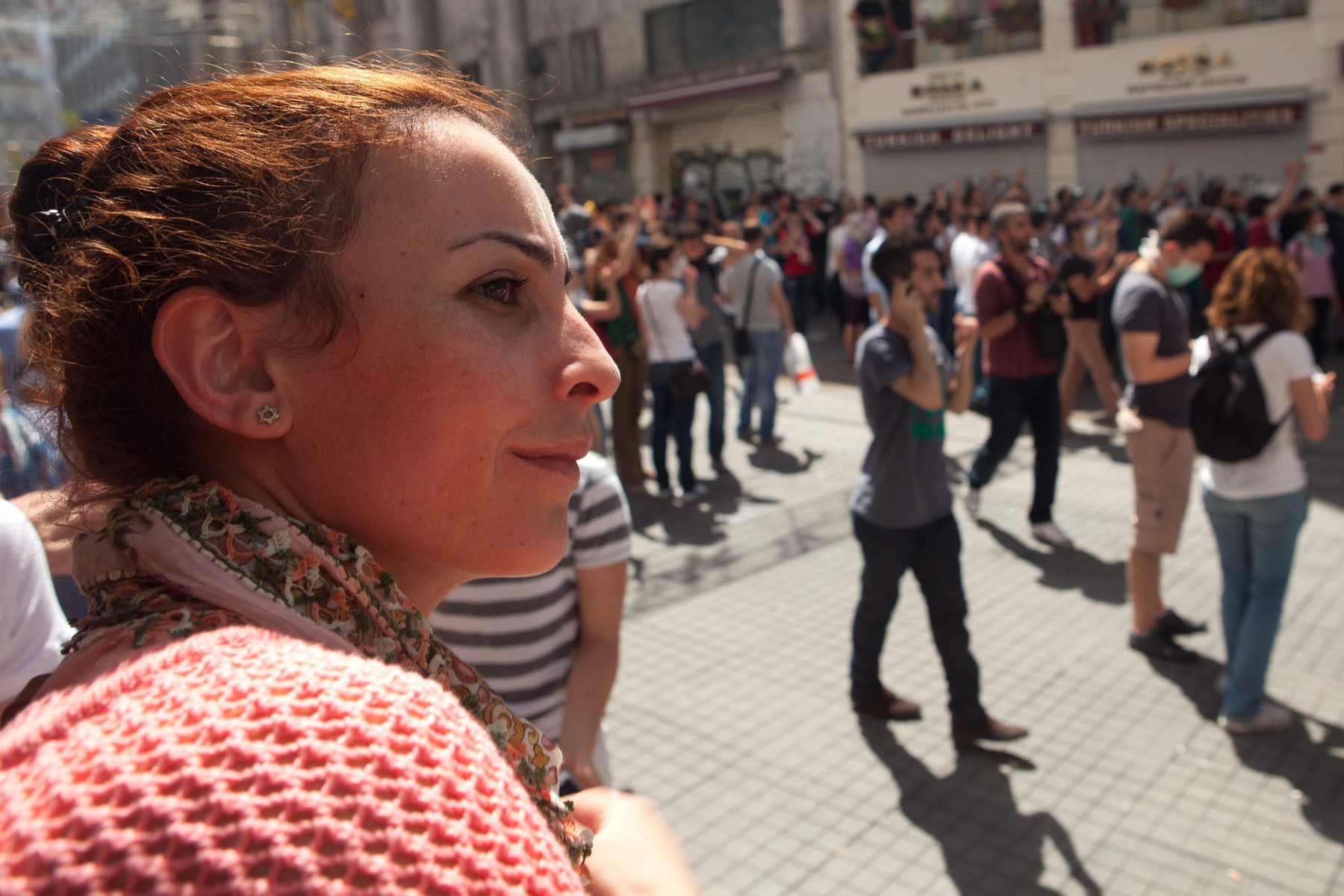 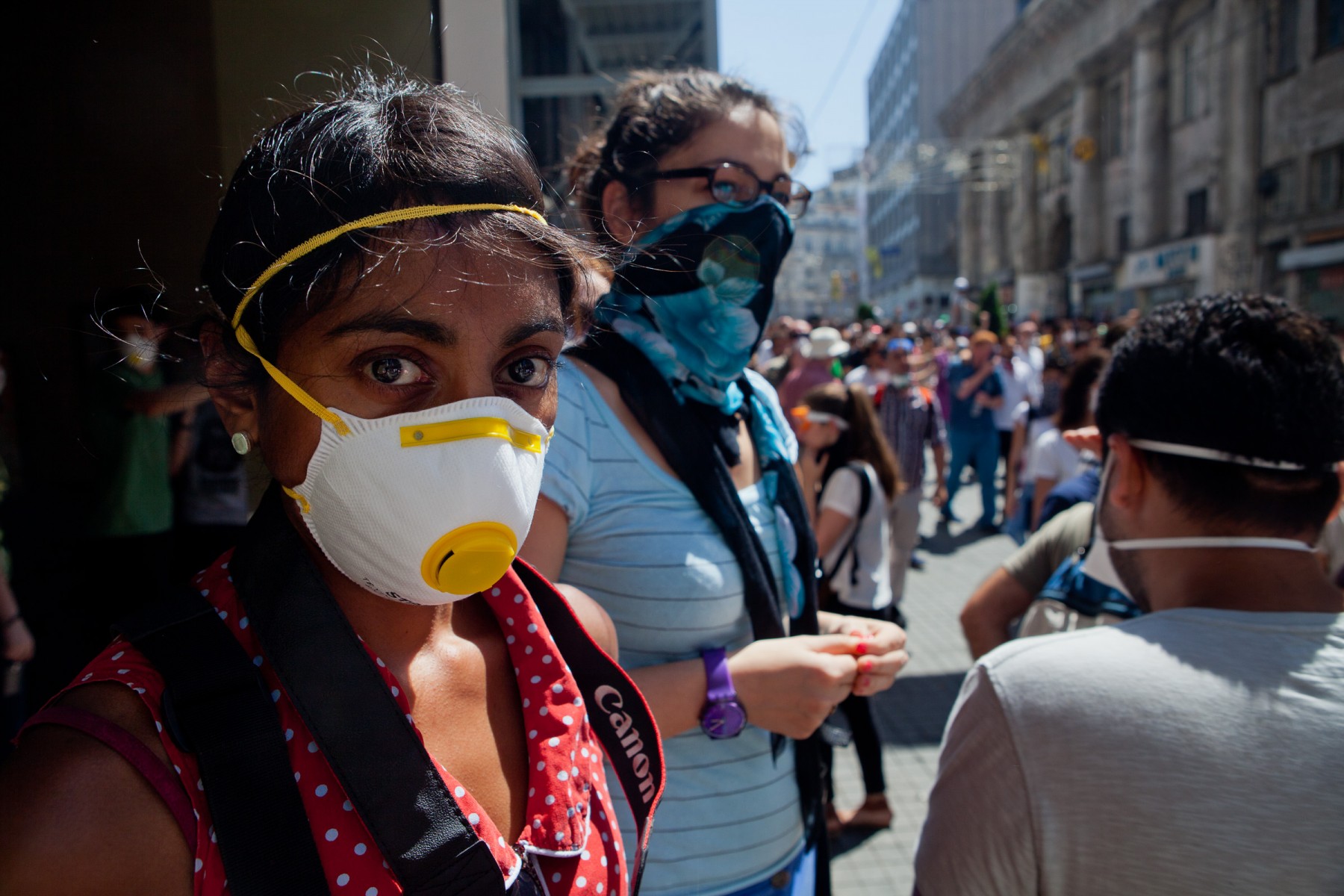 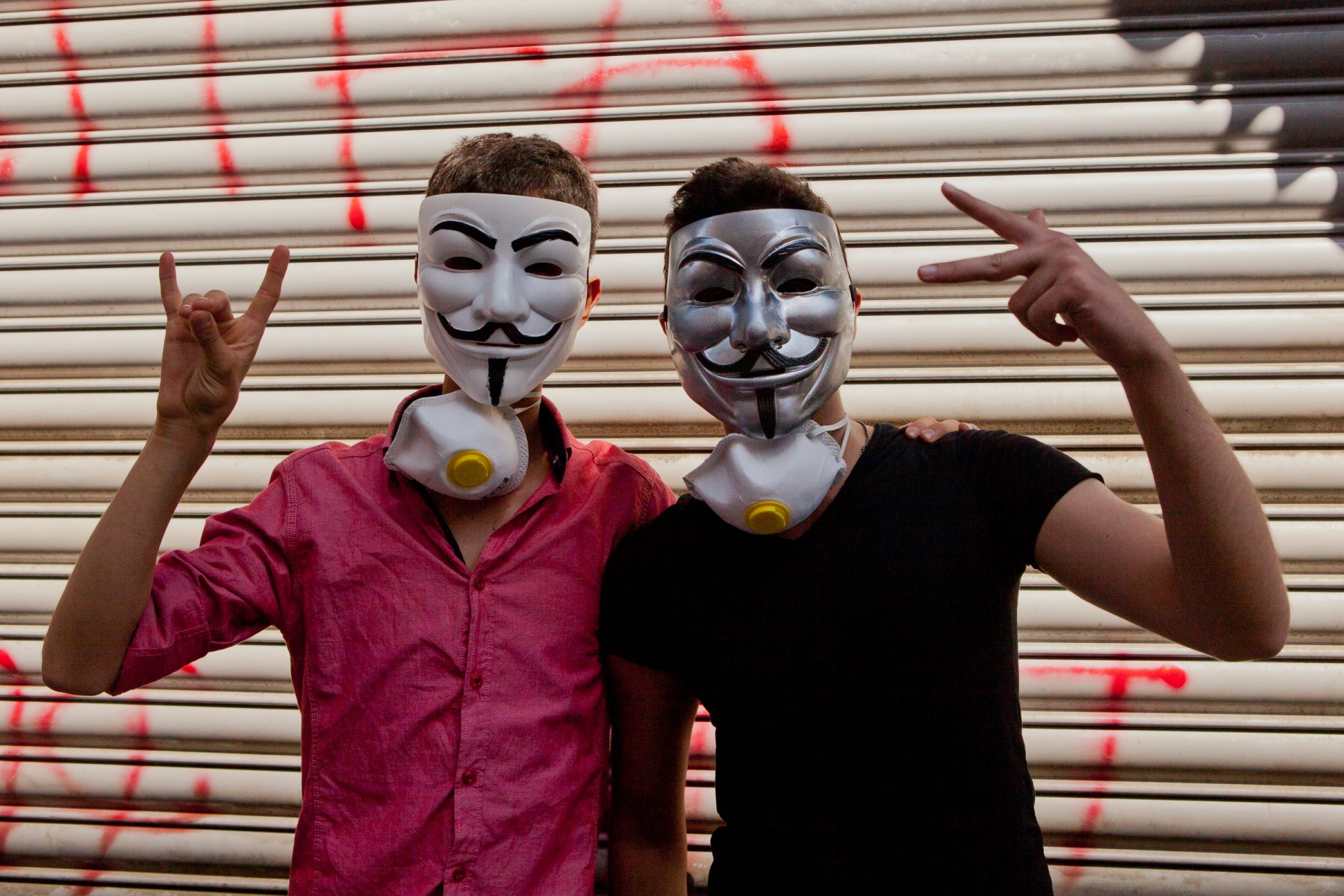 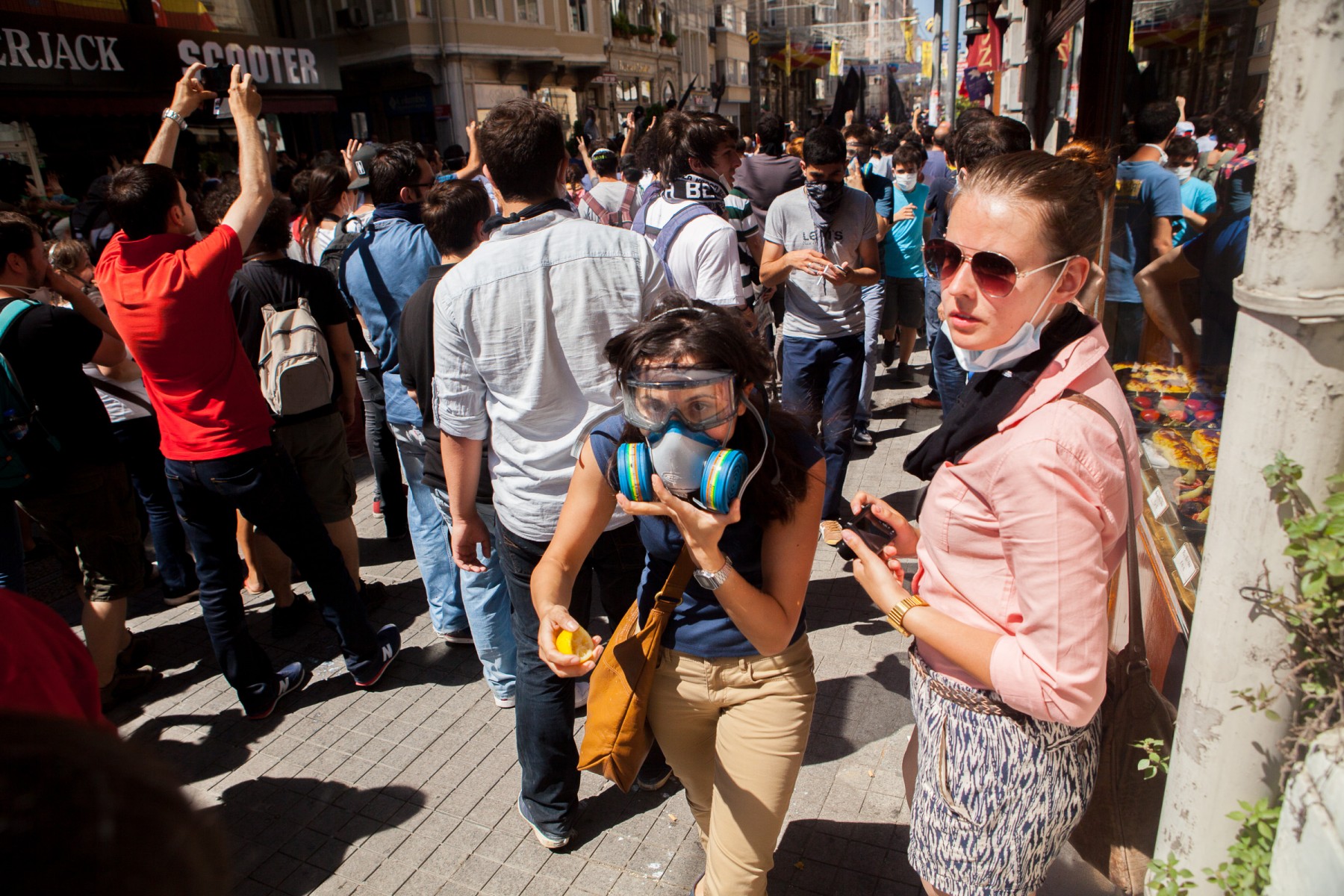 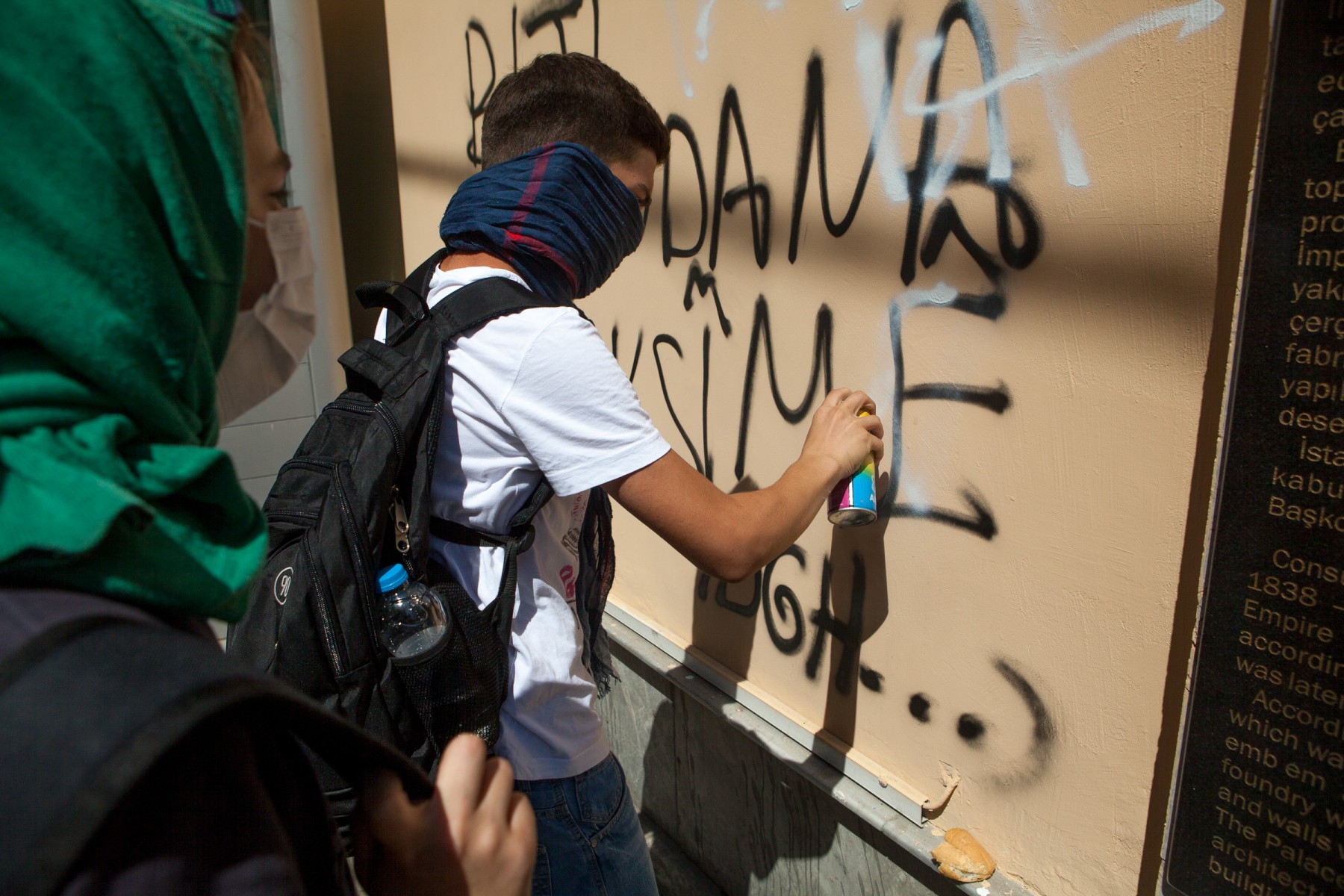 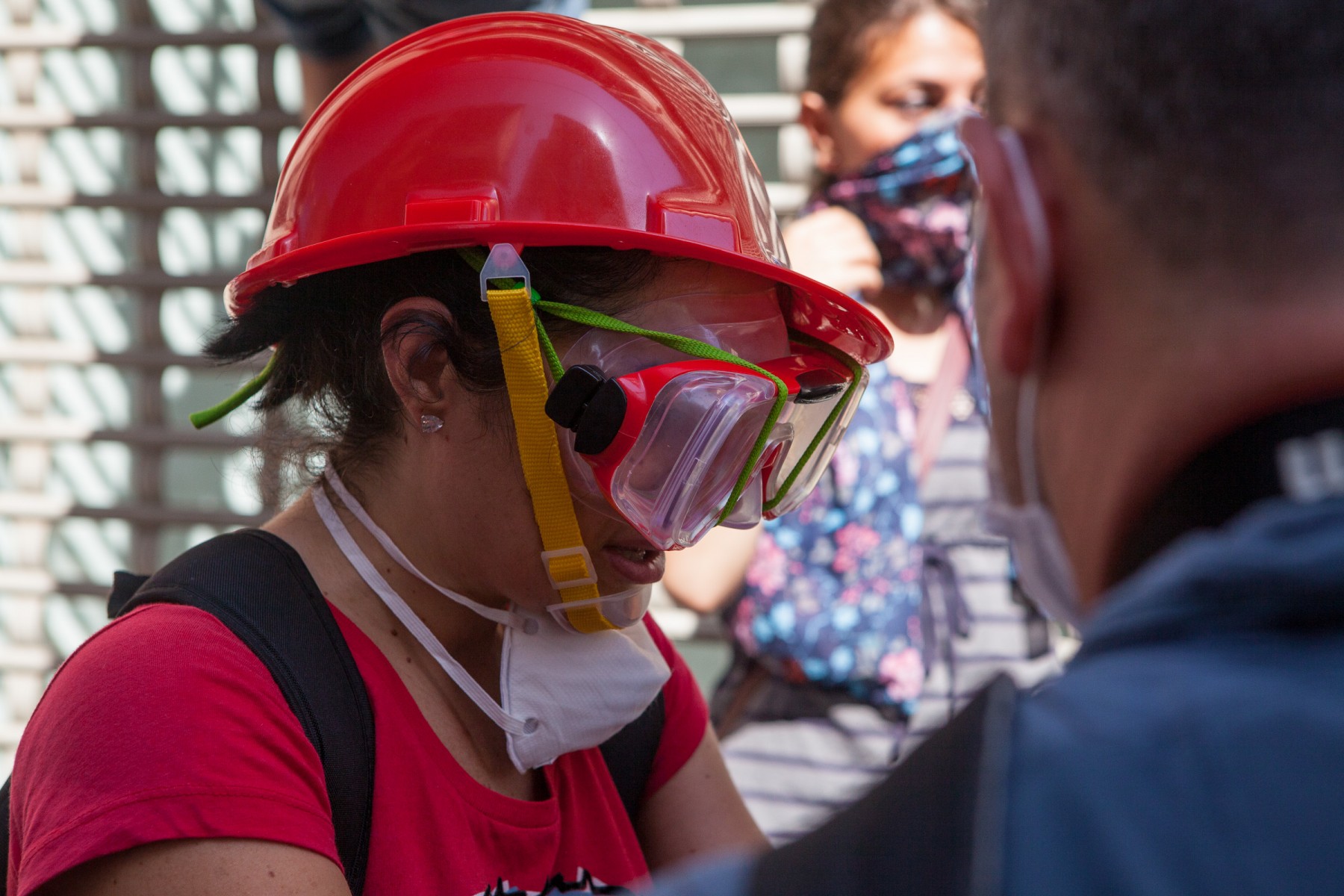 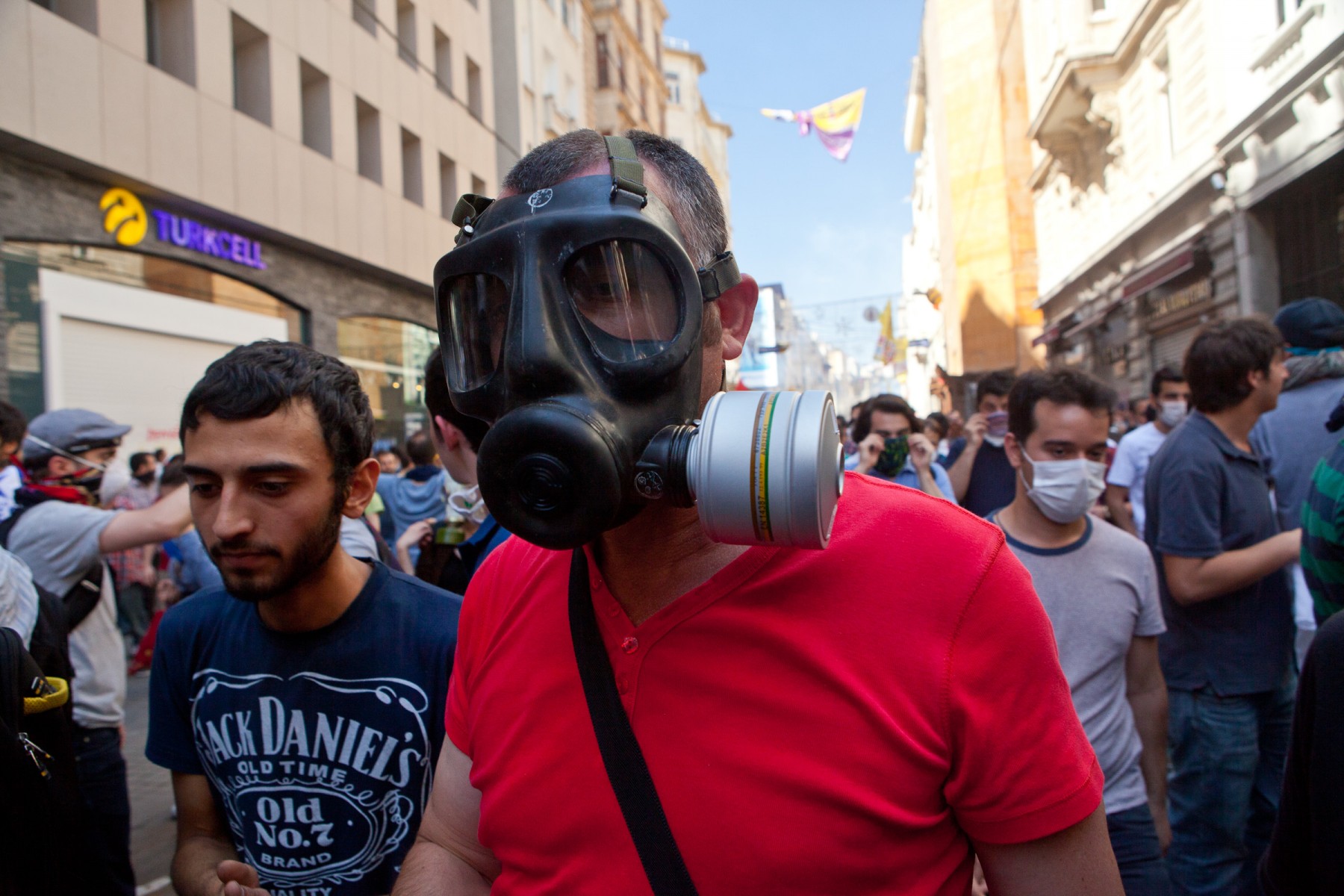 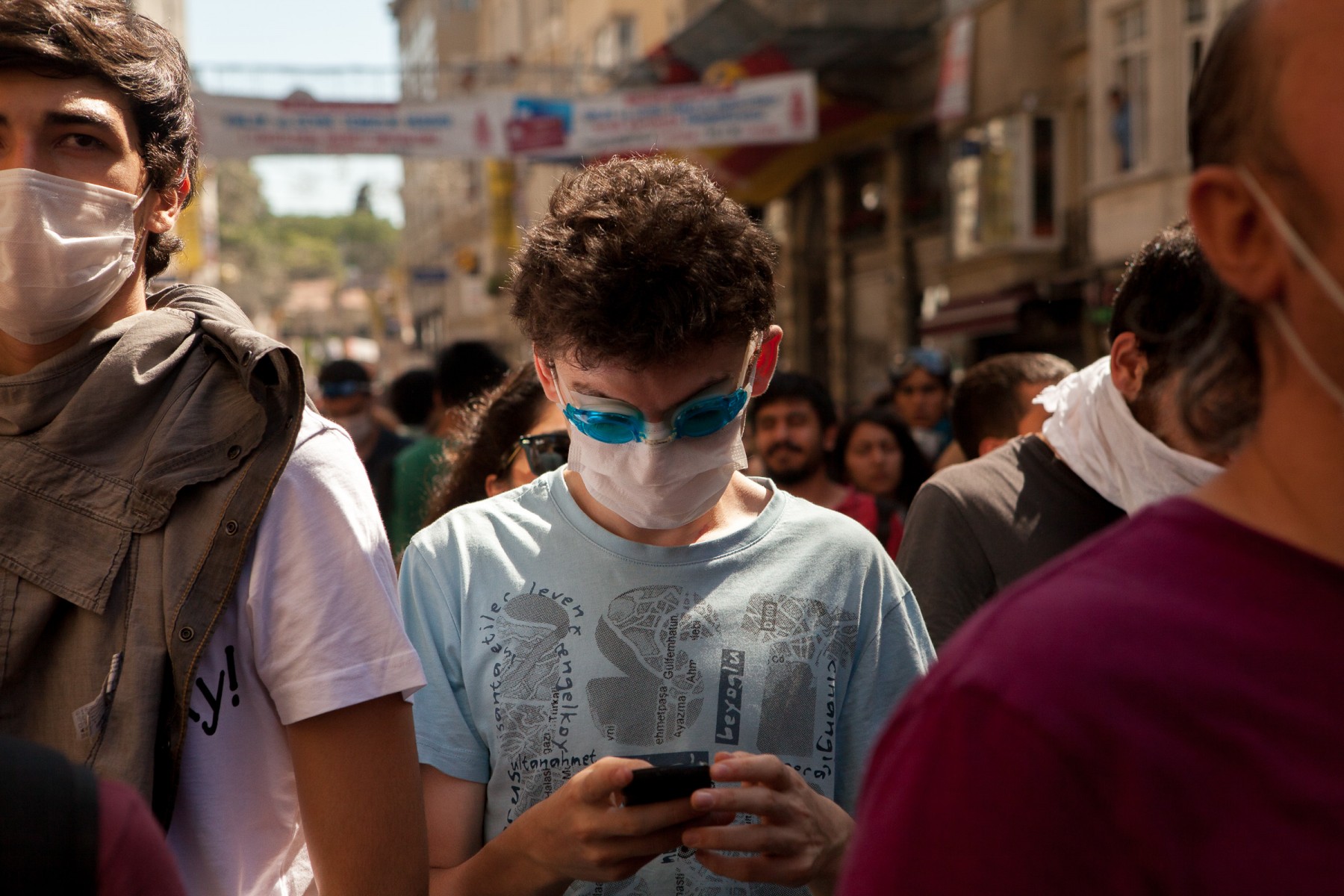 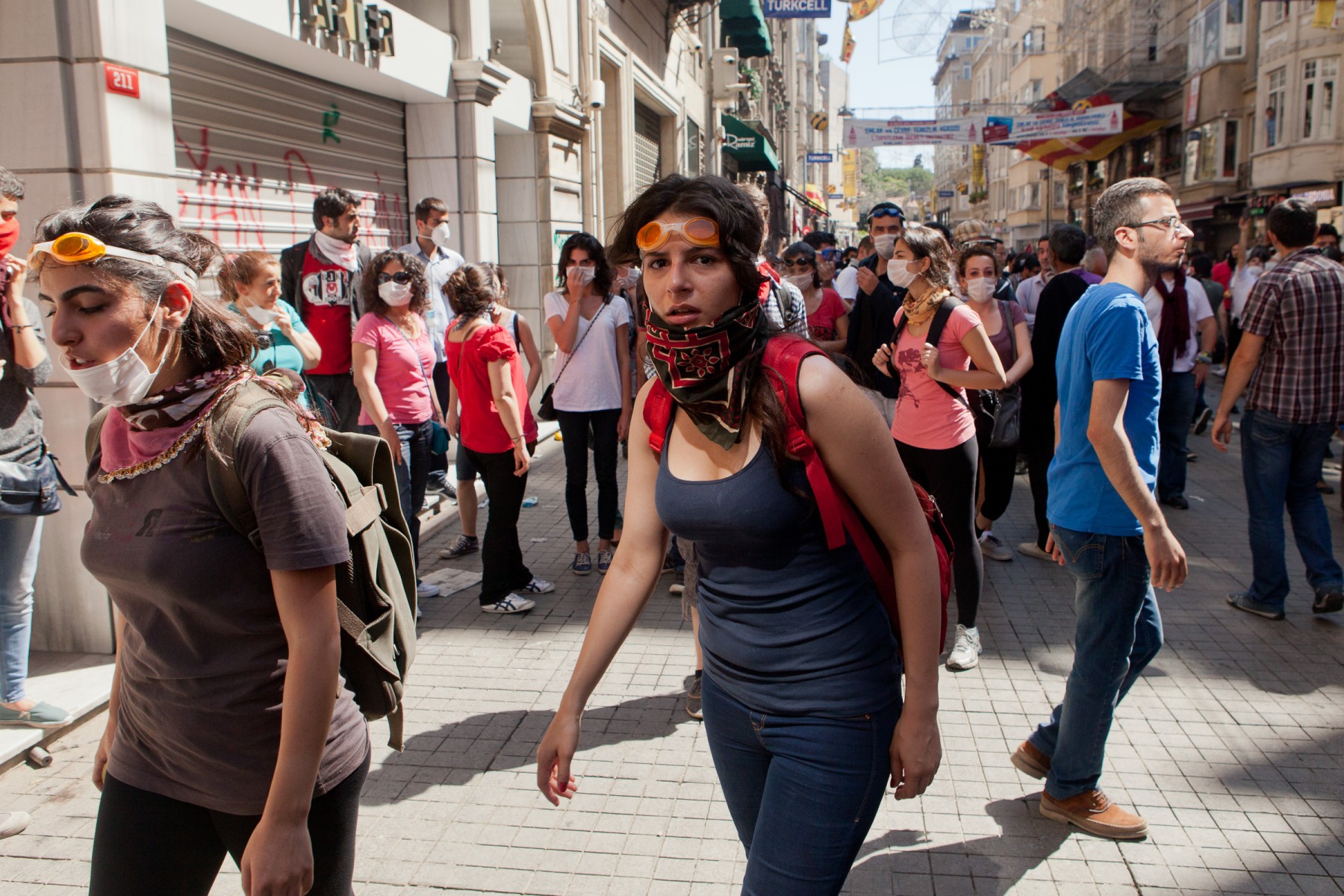 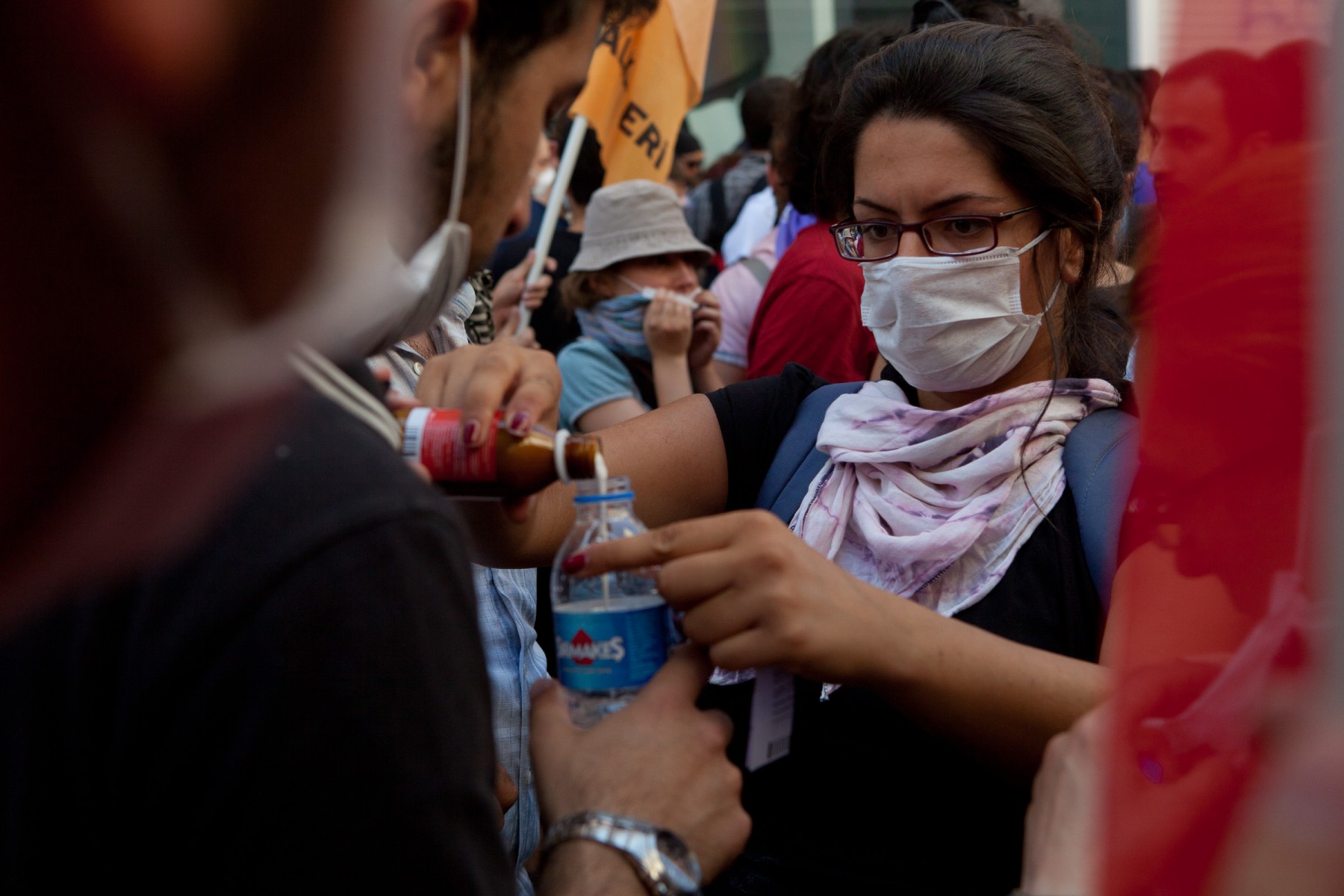 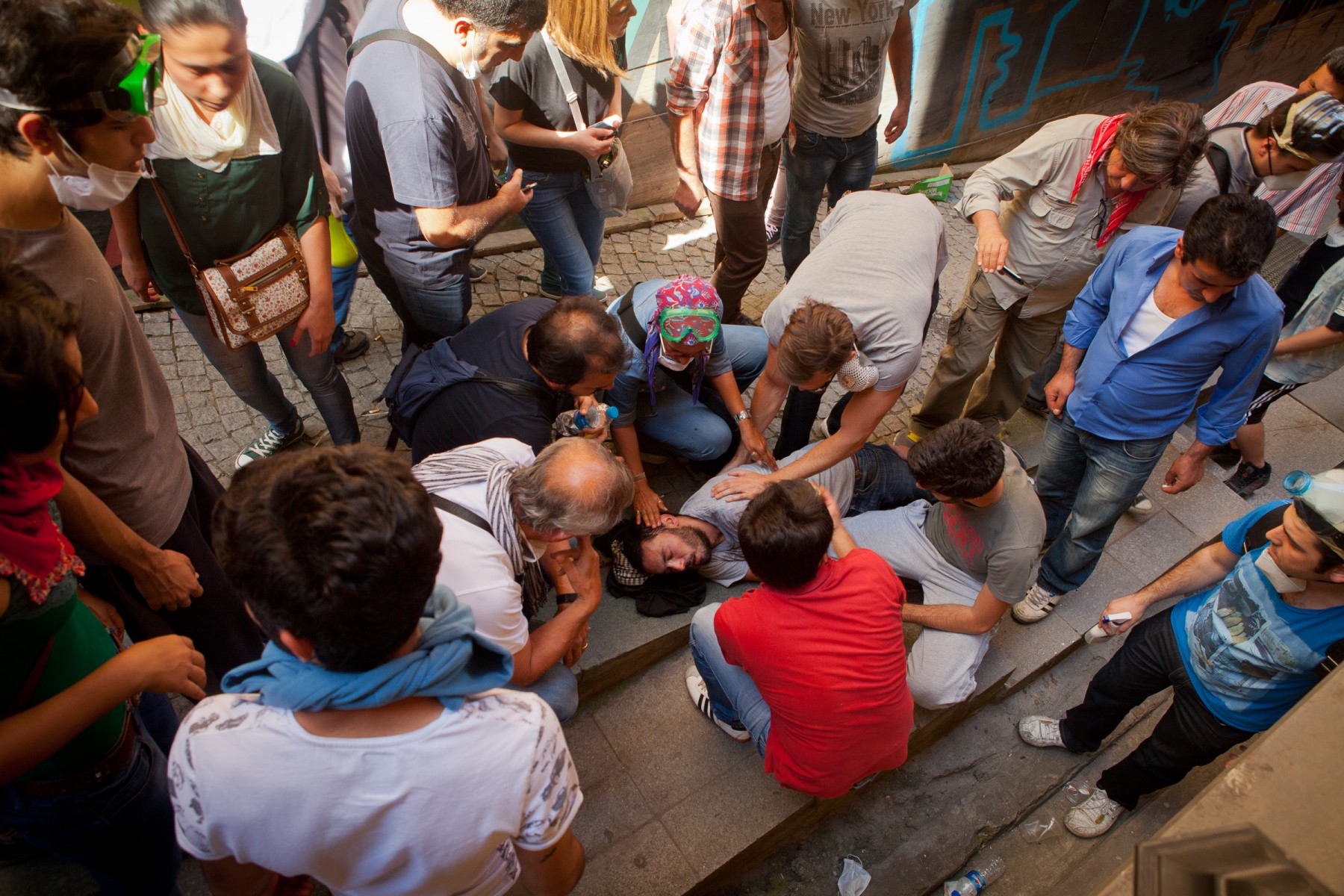 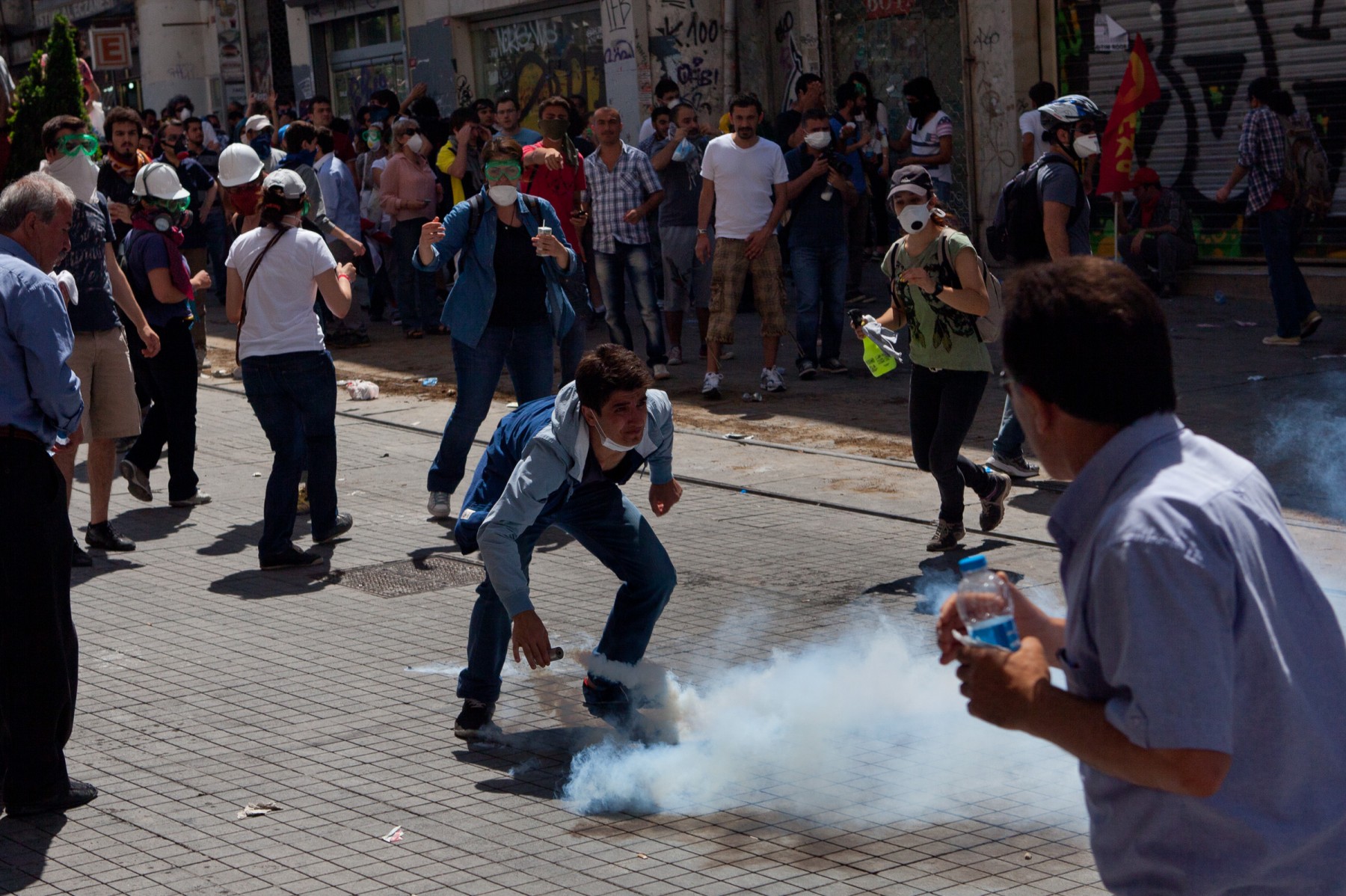 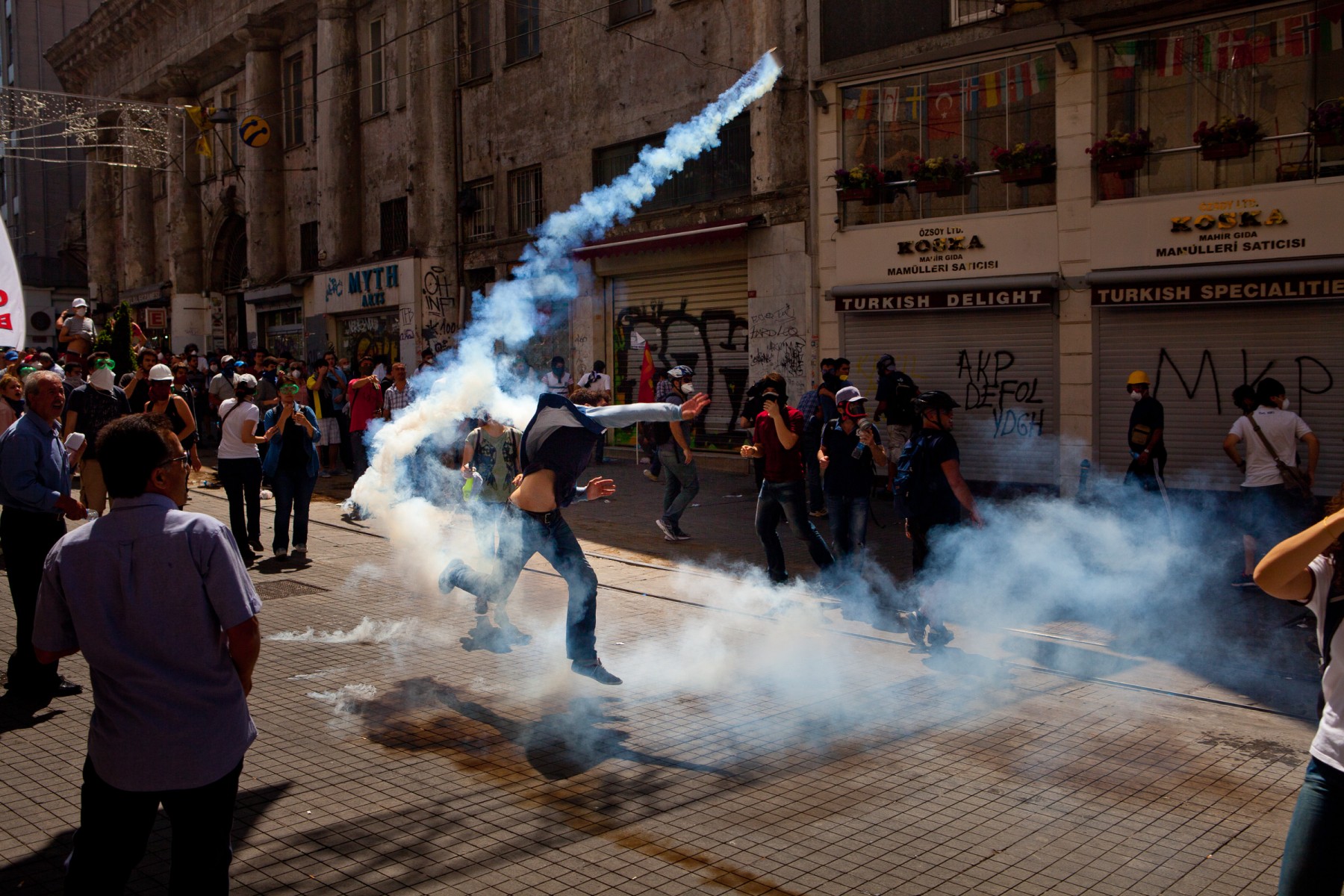 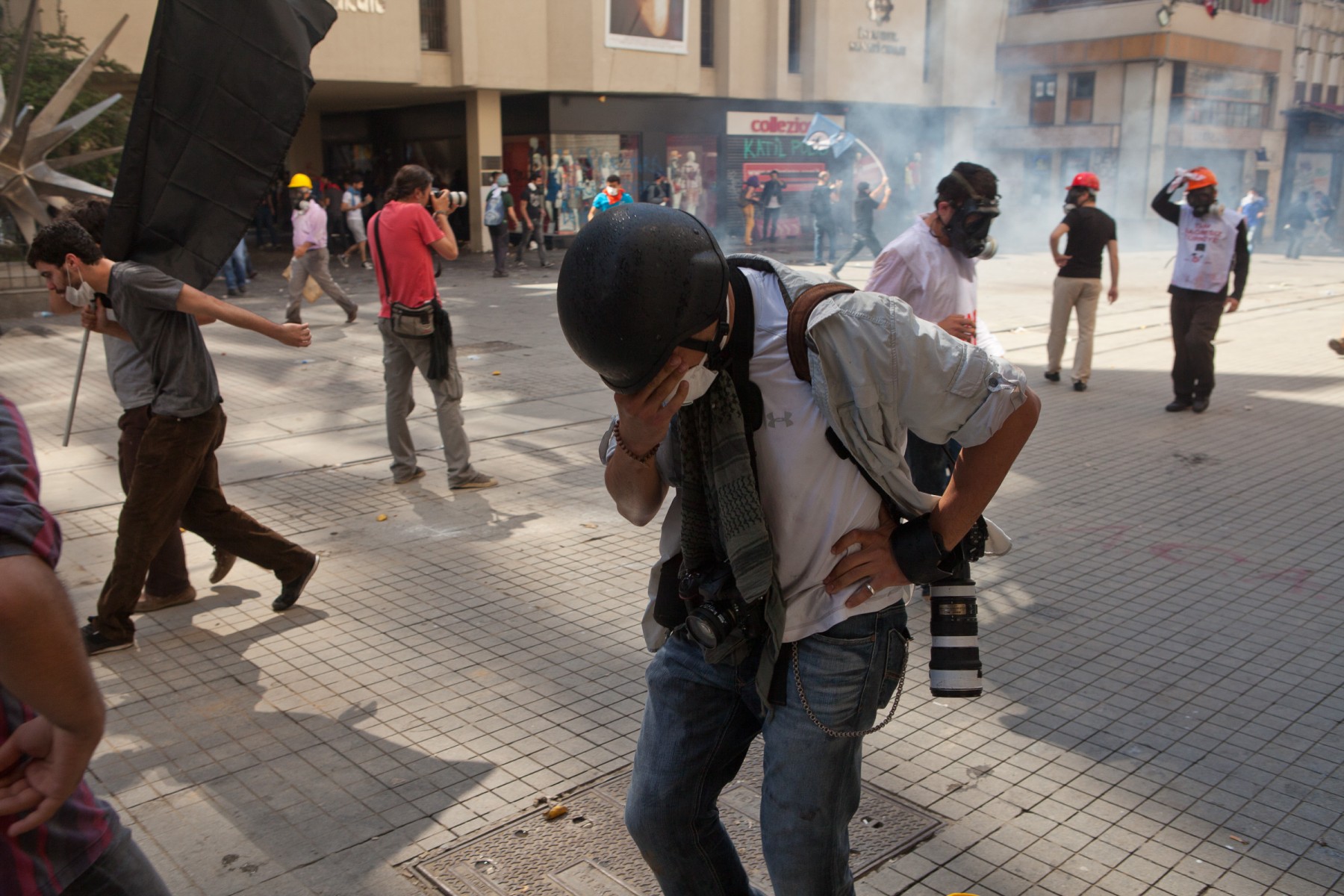 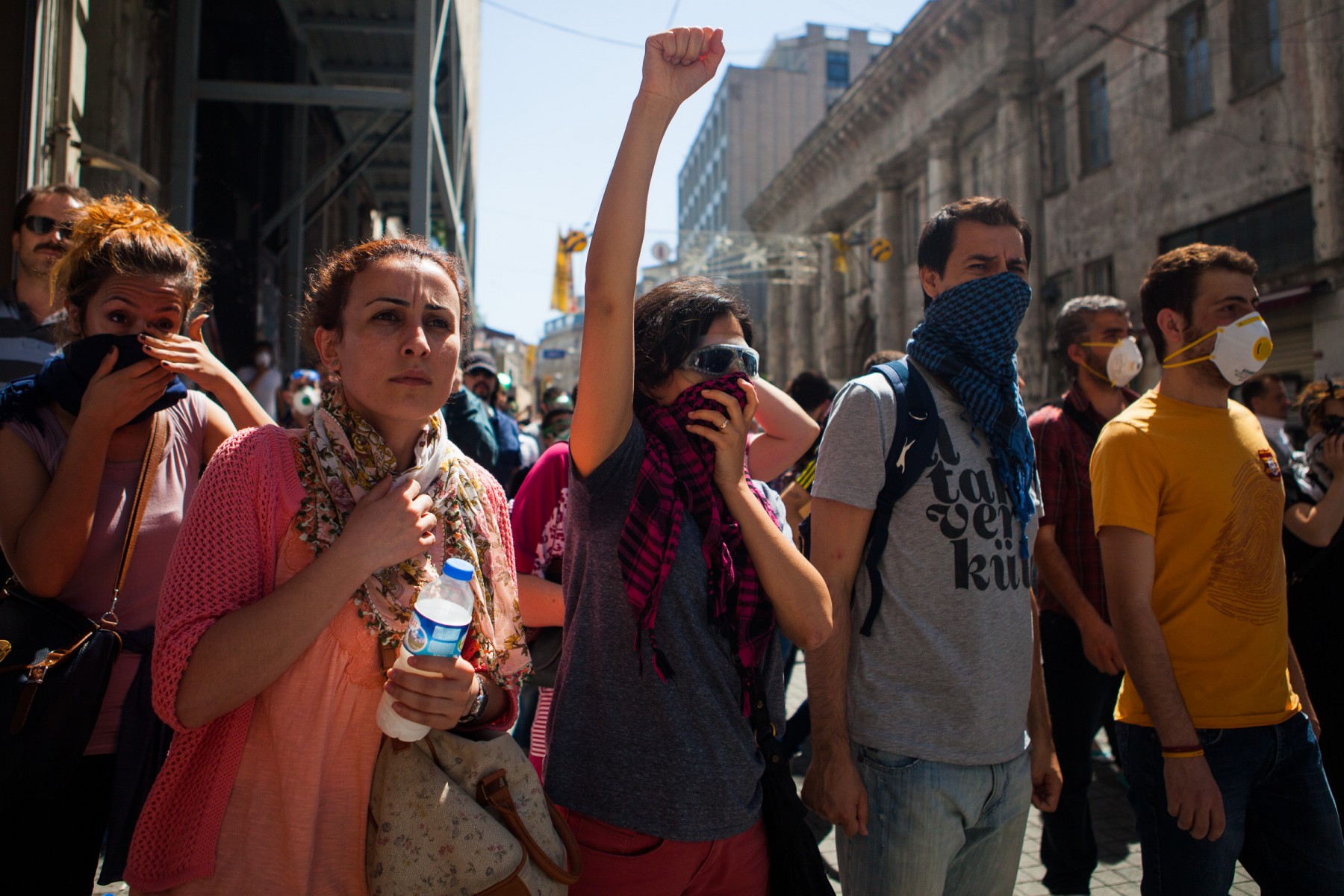