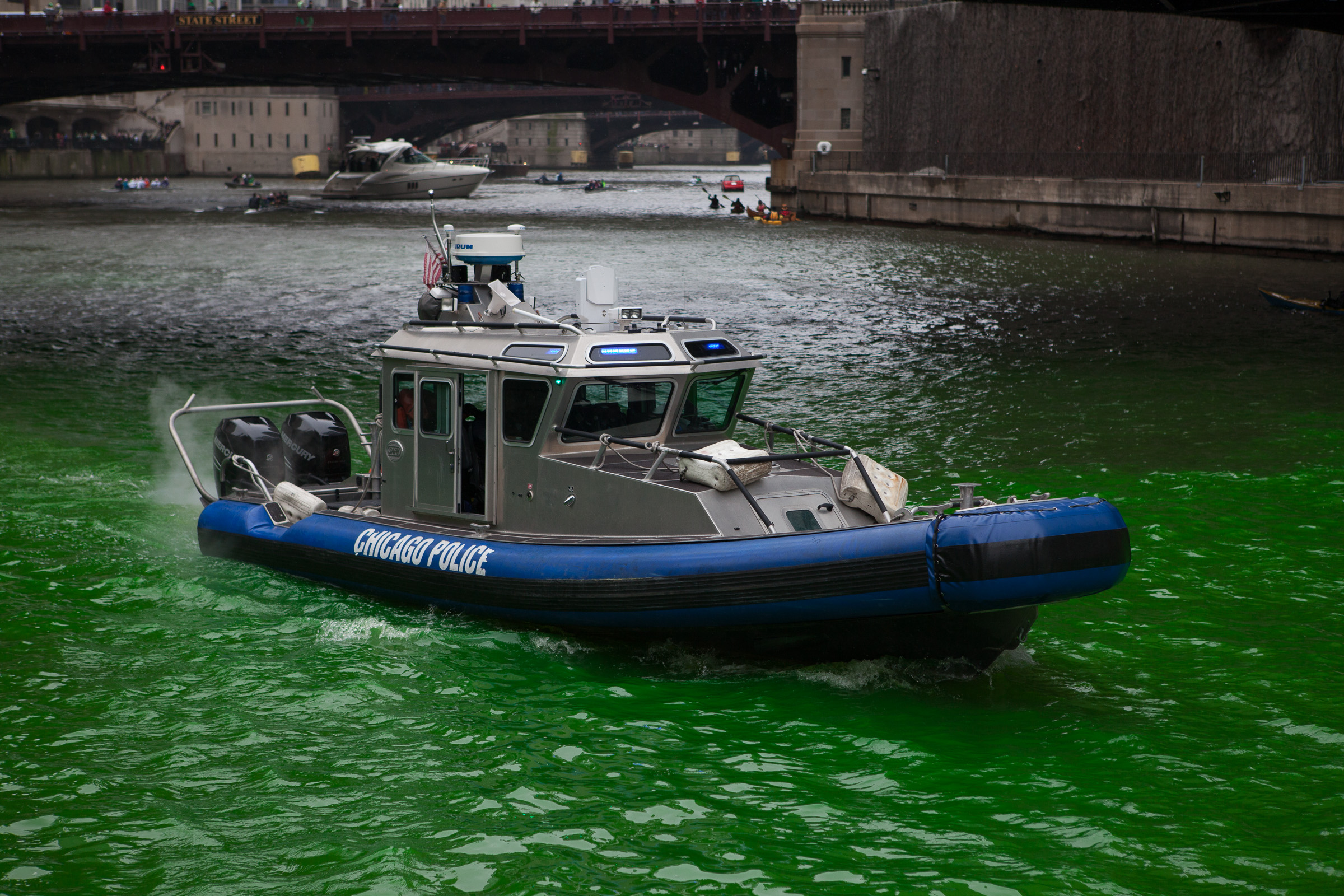 Now, from what I can tell, they’re all Irish. Or at least they’re in the grips of some sort of mass hysteria. Chicagoans have been celebrating the Saint’s feast day for more than a century and for the last 50 years they’ve found a way to dye the river green. The stuff looks positively radioactive but I was assured it was simple food-dye and I found out later the initial use for the stuff had been to detect illegal sewage pipes running into the Chicago river. So this whole stunt is some sort of nightmare scenario for mid-century city water officials.

Festivities were really lively considering the bitter cold that everyone withstood in order to participate in the parade. The temperature reached a maximum of negative one and little snow squalls cropped up from time to time throughout the day as we bar-hopped our way through the city.

The South Side Irish St Patrick’s Day Parade kicked off again after being being cancelled due to excessive shenanigans in recent years. So the police presence was pretty heavy. We ended the night at a proper dive bar in the Ukrainian village district which is deserving of a post in of itself. 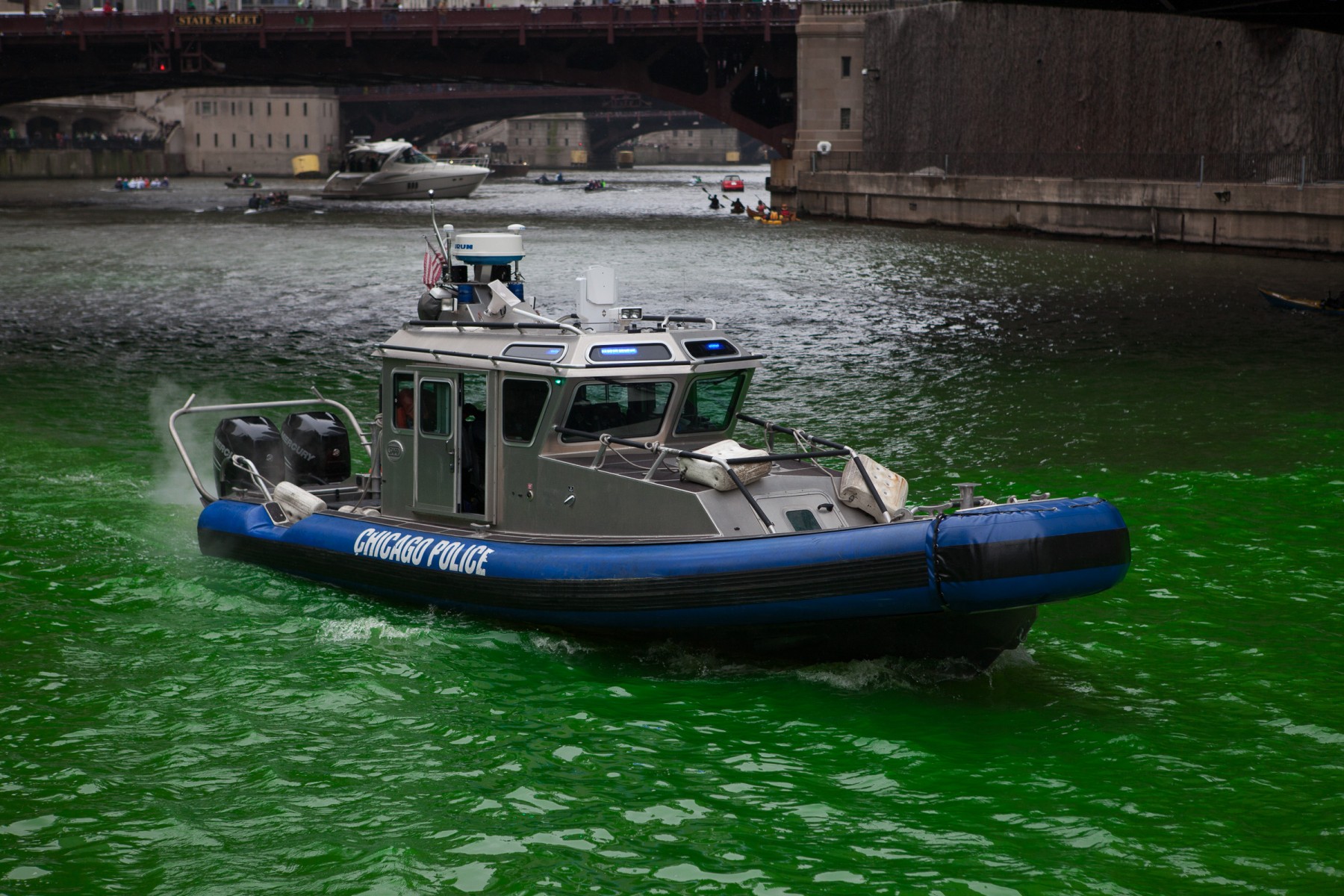 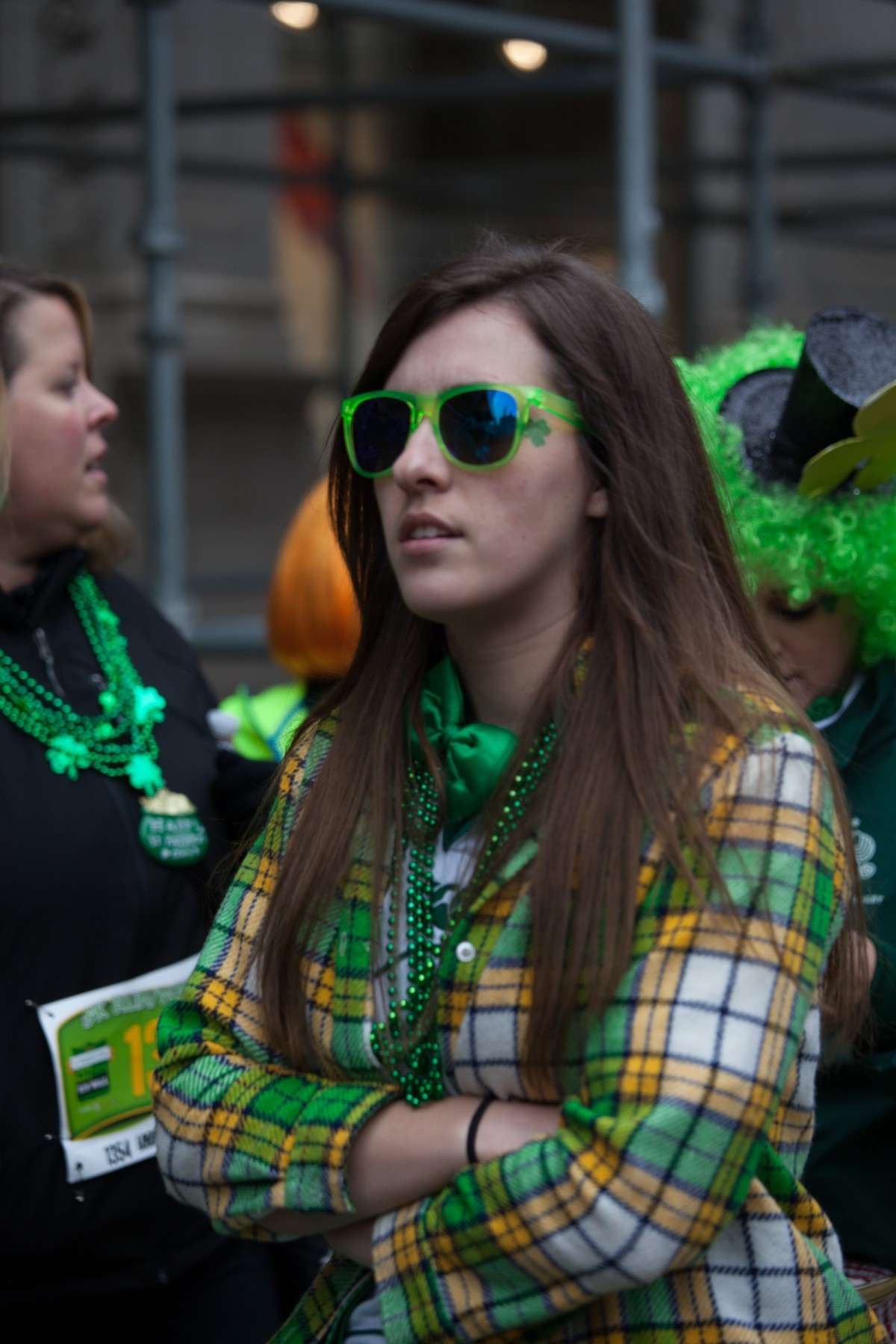 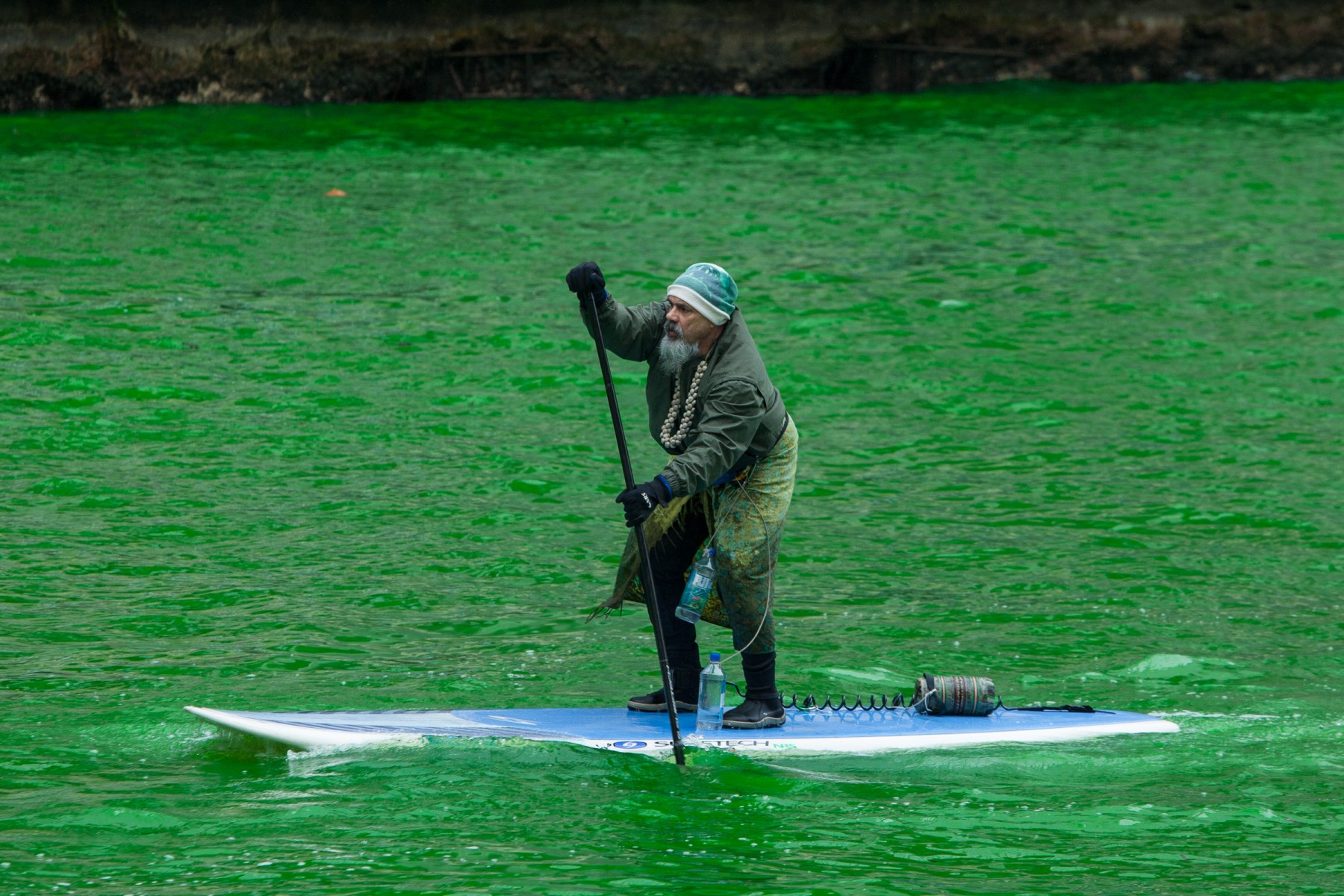 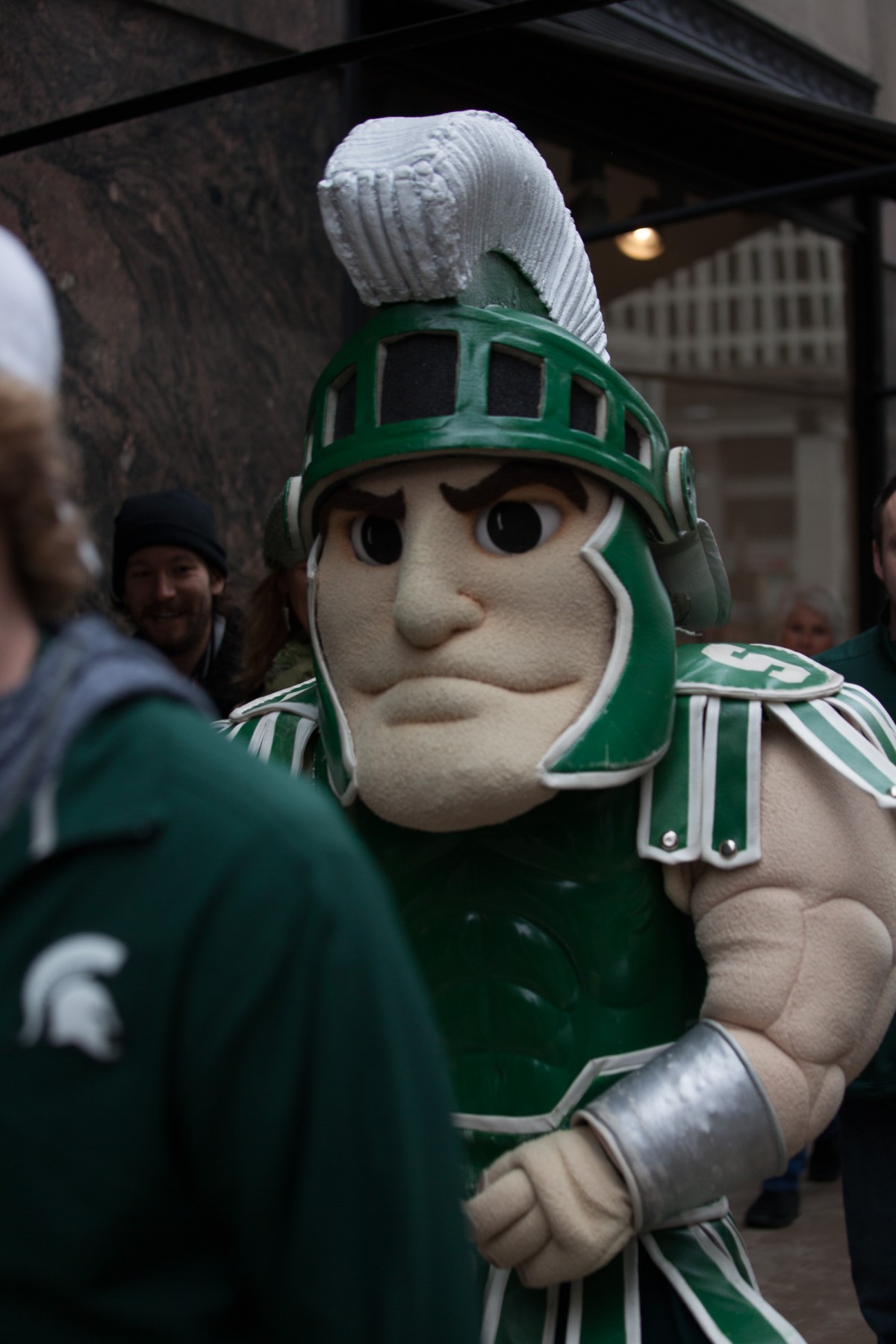 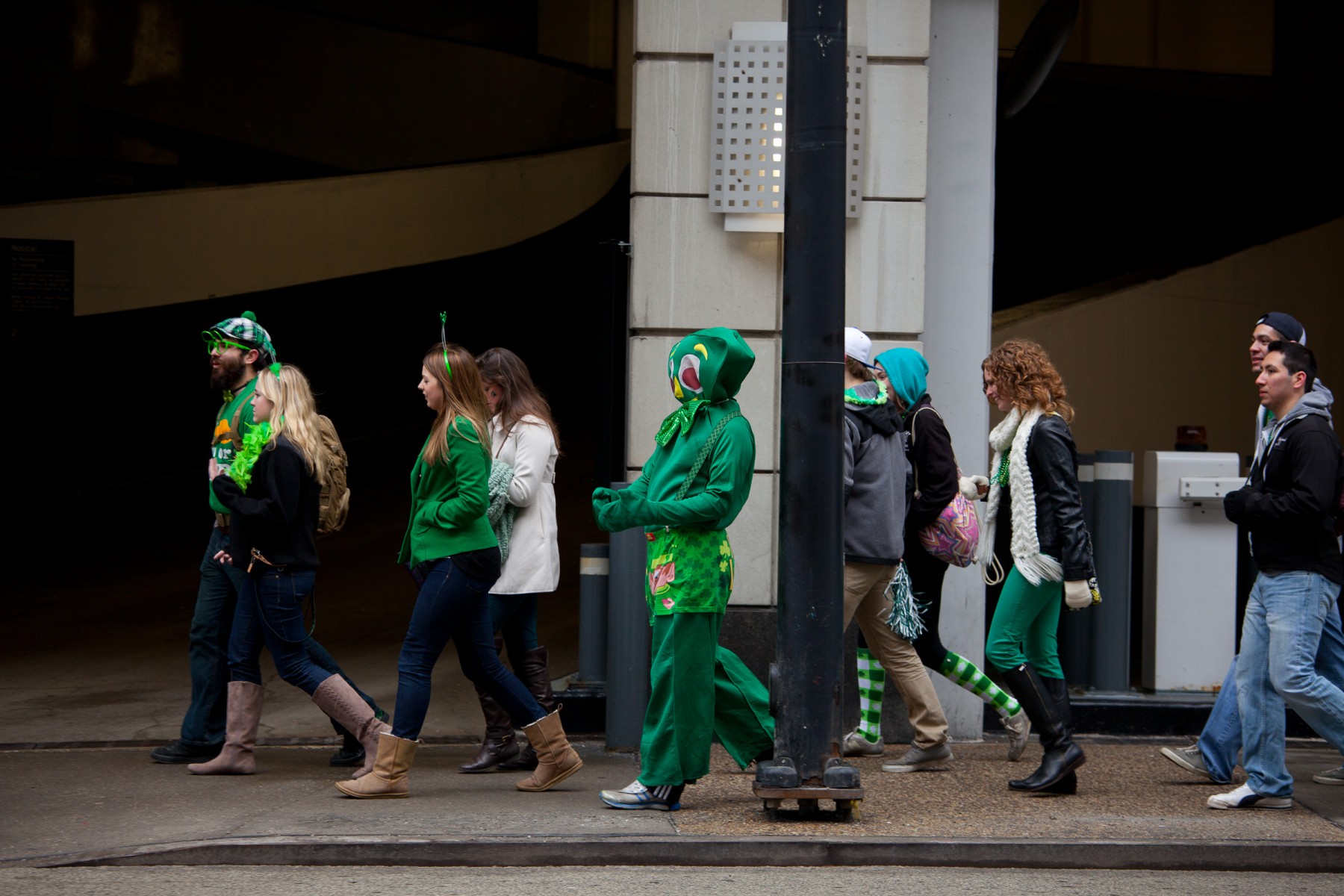 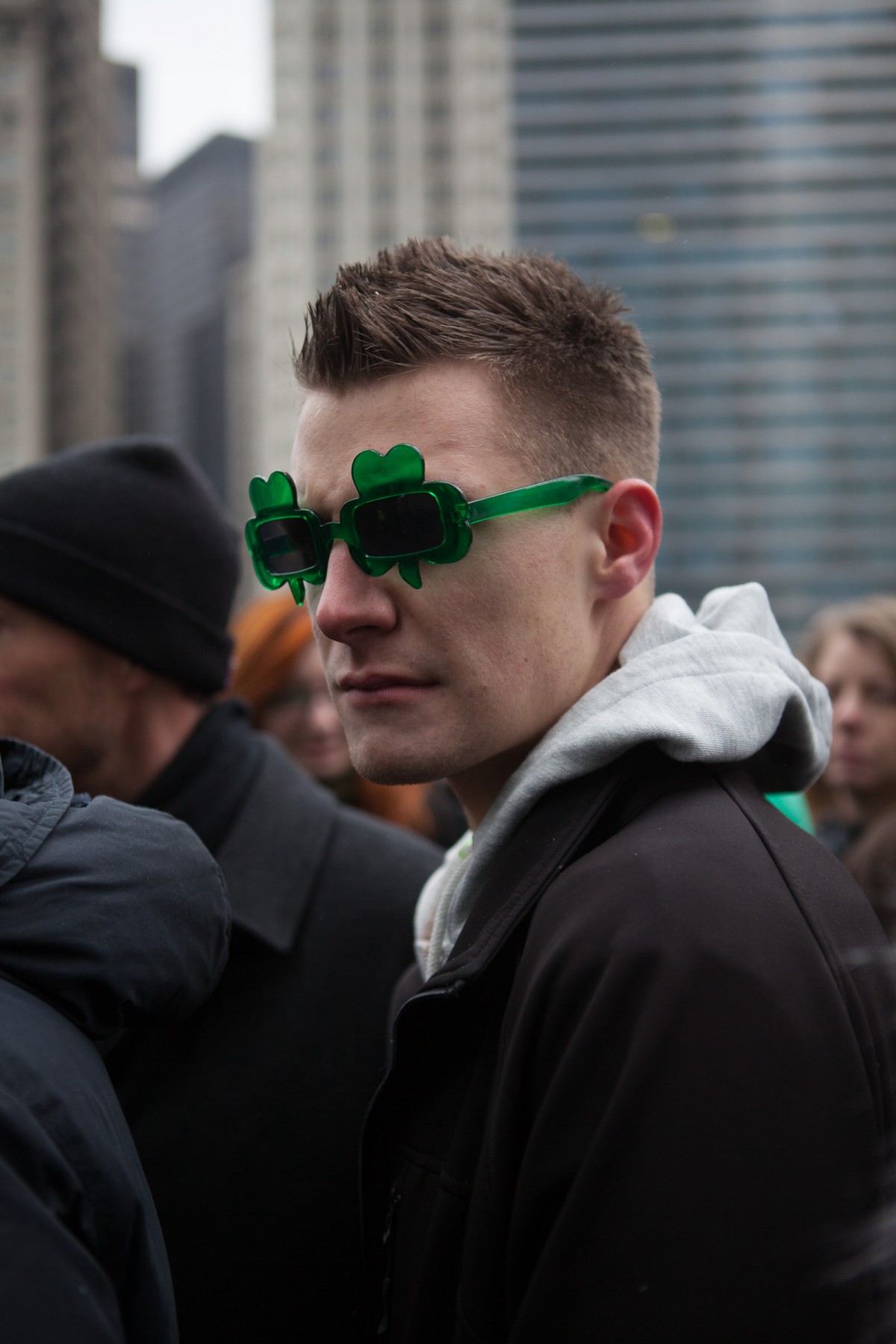 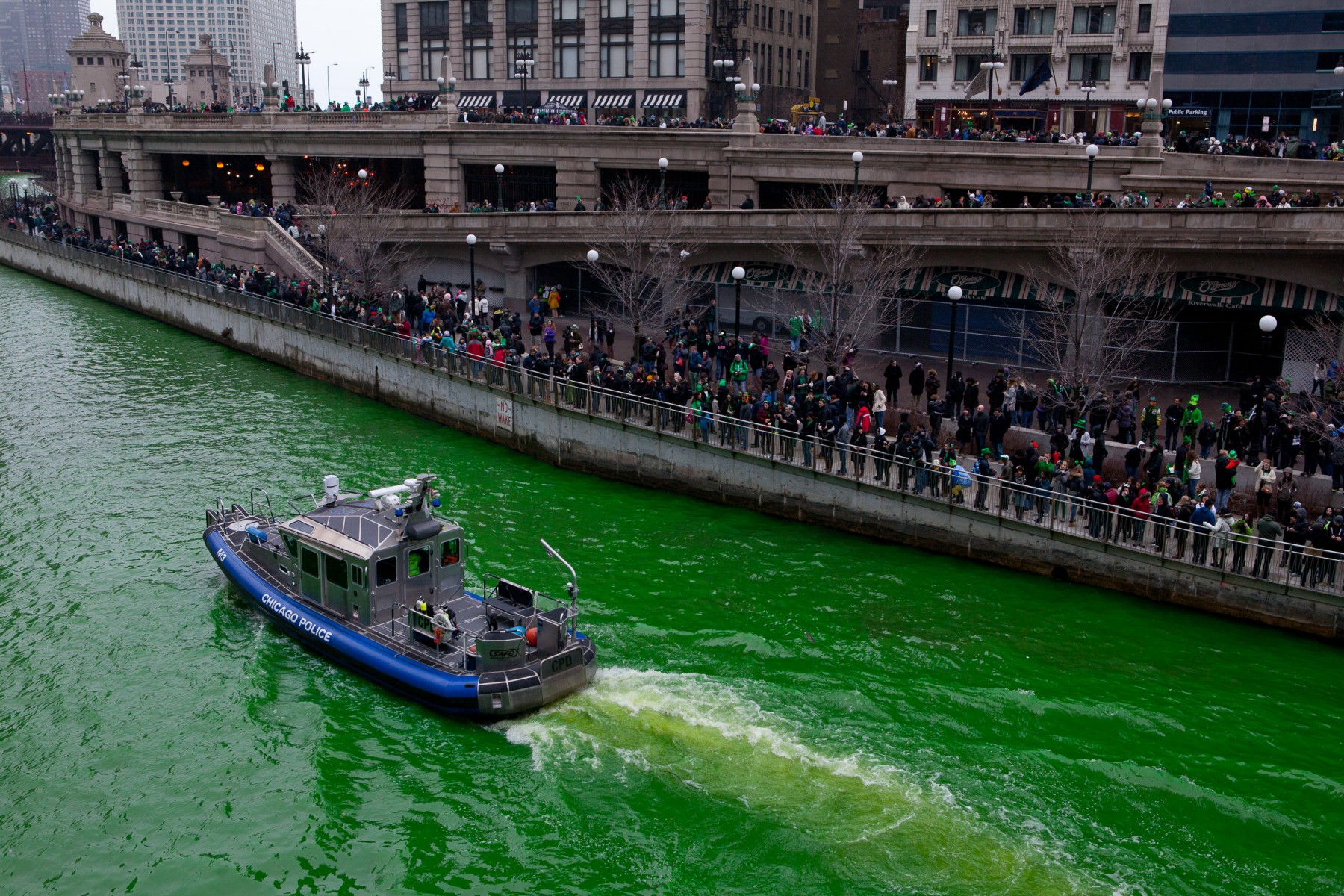 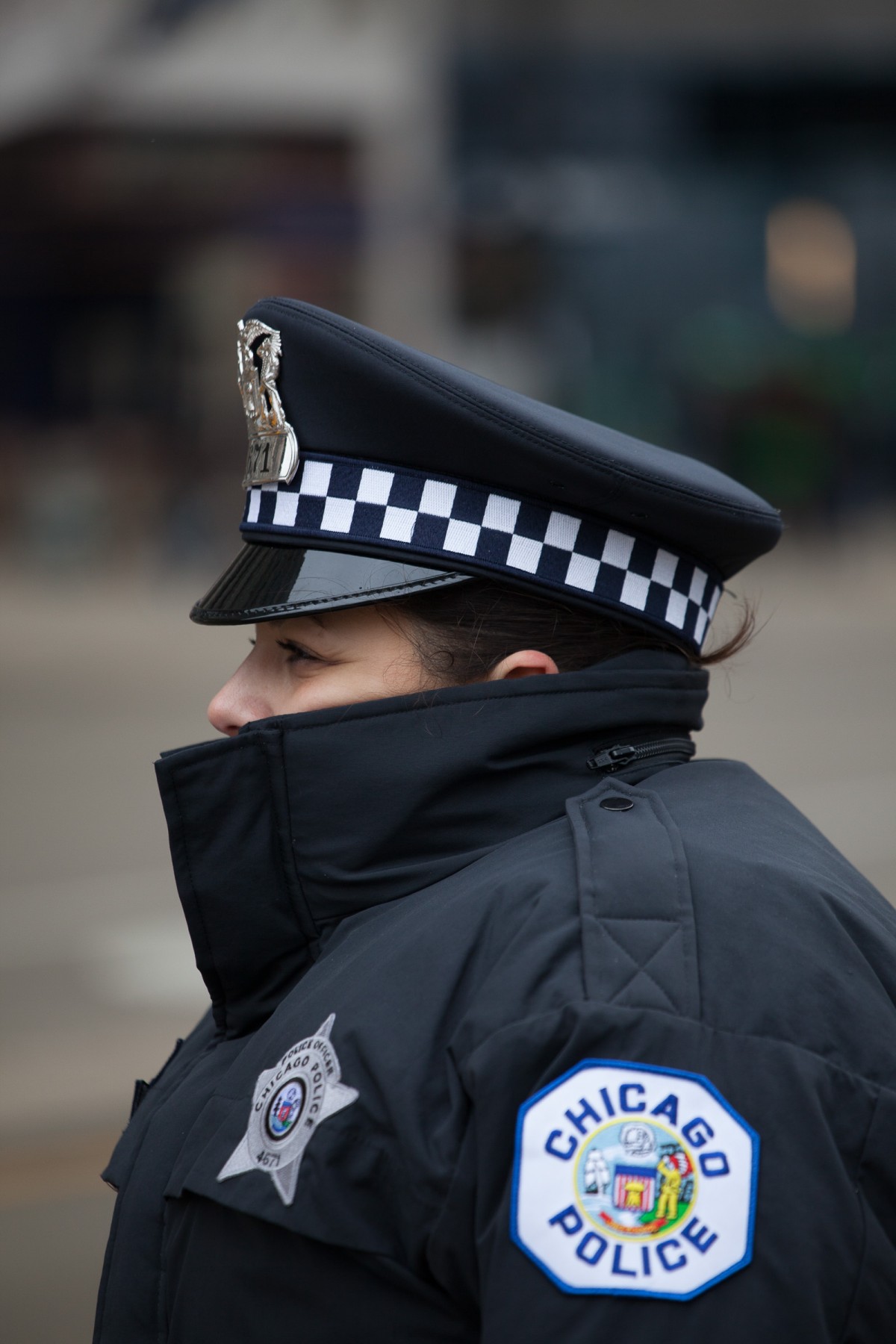 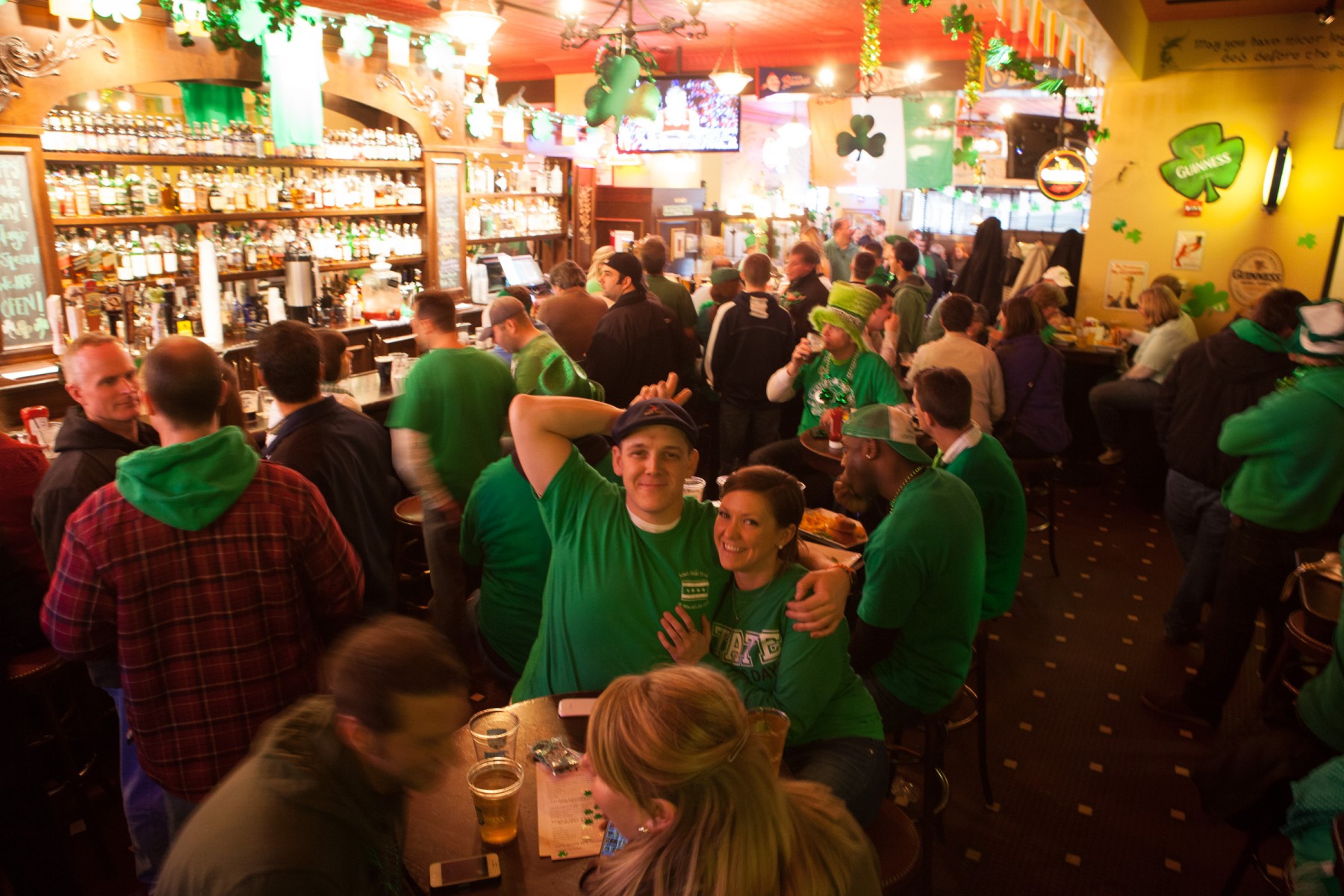