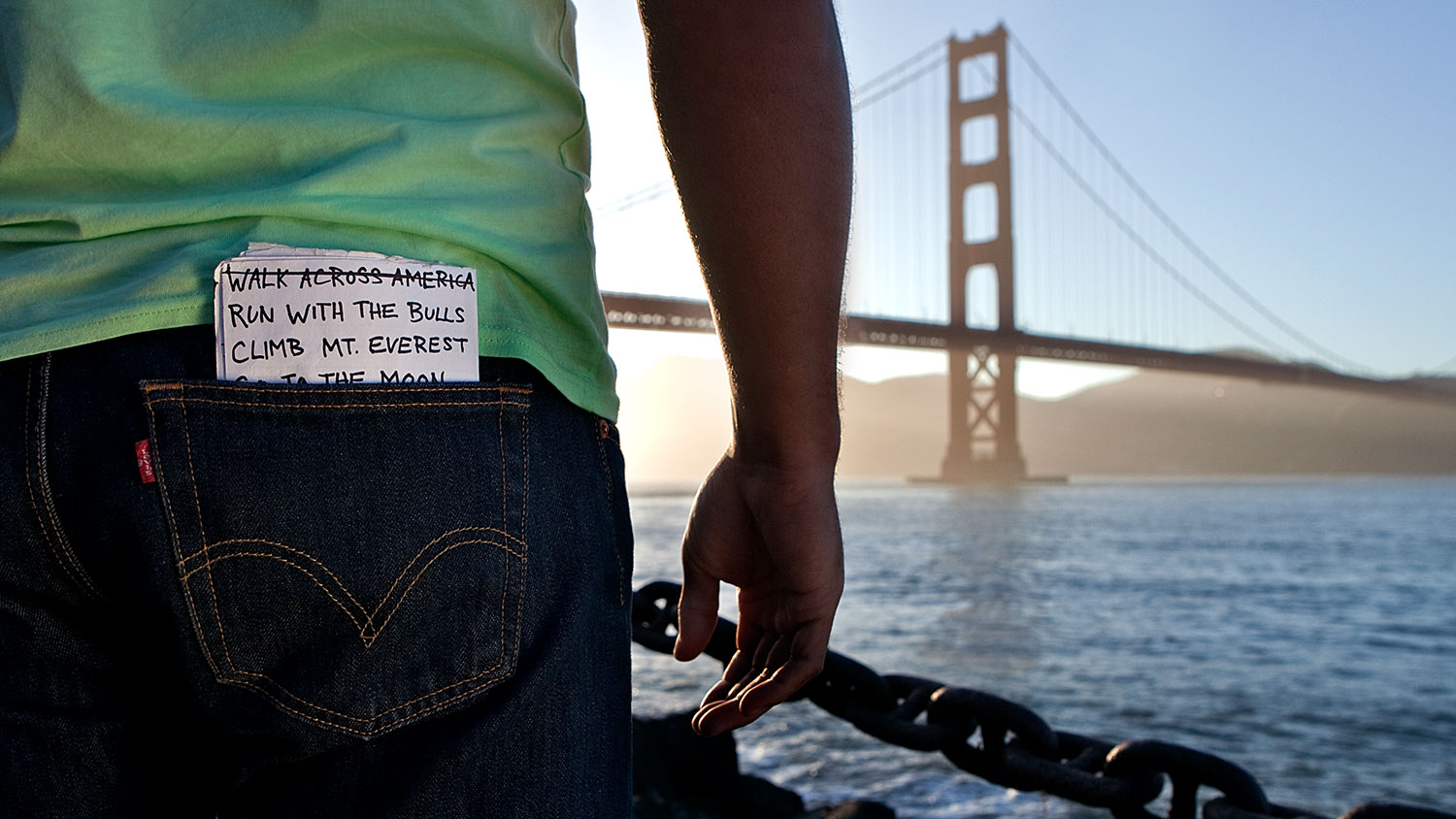 Shot on a shoestring budget over two weeks the video spans 11 states starting in New Work and finishing in San Francisco condensed down to a two minute stroll. It’s a really amazing technical achievement that combines a really fluid live-action walking animation with some complex camera movements and frantic locations. The video was shot with the Canon 5D MkII and required the crew to constantly take accurate measurements to keep the distance between the actor and the camera consistent and to pull off the fly-around sequences.

What really struck me about this video though was the way in which it was financed. Conscious Minds Productions came up with the concept, conducted test shoots, approached Levi’s for sponsorship and then sold it to them once they’d completed the clip. It’s definitely not the traditional route for a commercial but this sort of arrangement is sure to become more common in the future. As the technology to create and distribute content like this becomes more and more accessible companies must be on the lookout for individuals and small production companies ready and willing to create branded content. More than that they need to encourage these sorts of relationships and make themselves patrons of the internet and the content creators that are out there.