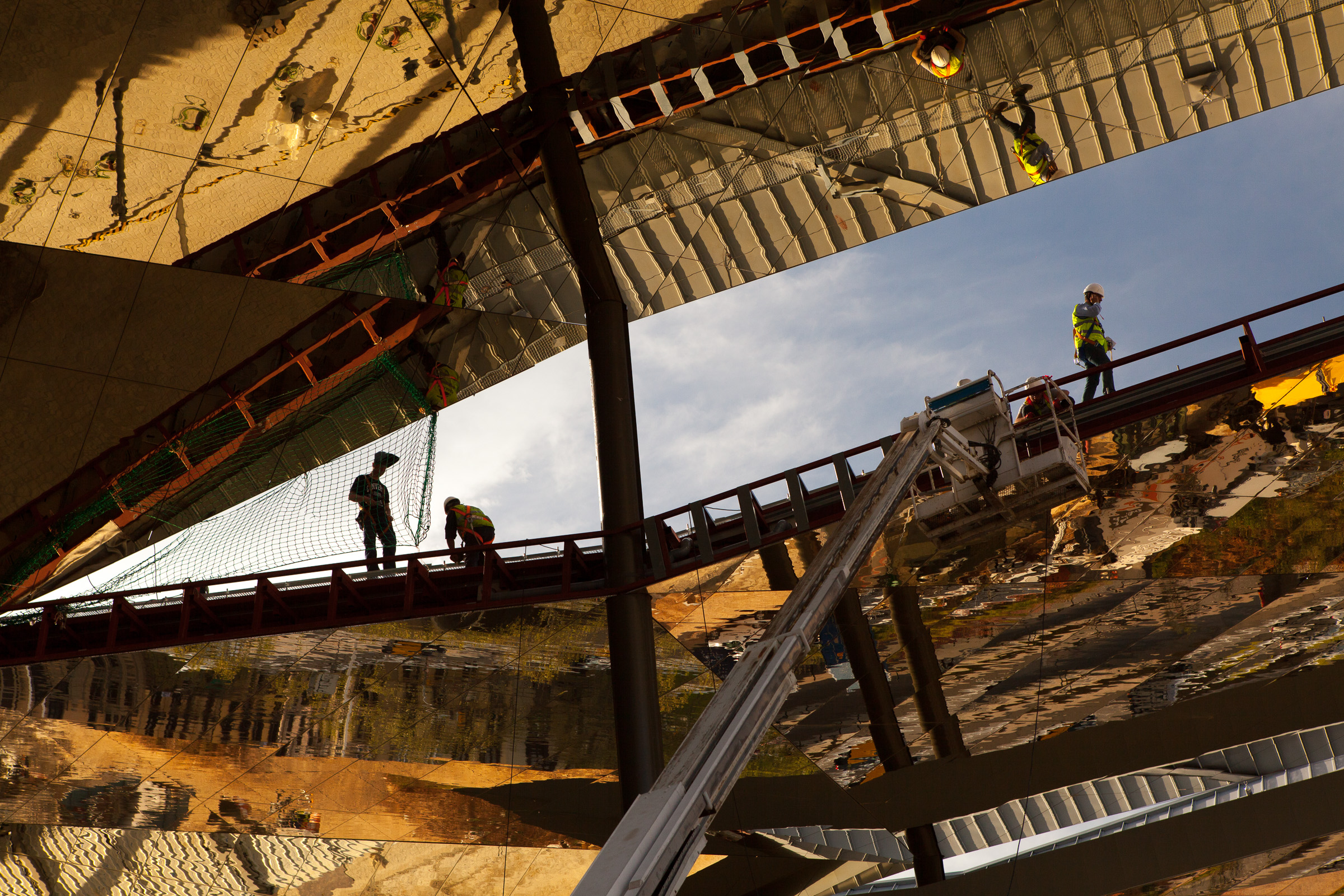 The mirrored roof for the ‘encants de bellcaire’ market under construction in Barcelona. Designed by Spanish studio fermín vázquez of b720 architects the canopy is constructed of aluminum and zinc and reflects the ground below in a fragmented and somewhat dizzying manner.

So after a couple of months of North America I finally made it to a place where the bread is good and the police have beards and people are practically fornicating in the streets (most of which are named after communists or saints). It was a nice change of pace. I stayed in a little apartment north of the city near the Hospital De Sant Pau.

Barcelona is rife with weird and wonderful architecture and I felt like I could have stayed there a year or two without exhausting the photographic possibilities. In the end I stayed away from the queues to the various building designed by Antoni Gaudí and explored the city on my own.

The best thing I came across was the under-construction Nou Mercat Dels Encants featured above. Designed by Fermín Vázquez the structure is a permanent roof to one of the oldest markets in Europe. The Encants market dates back to the 14th century and when it reopens this year it will have a reflective gold 8000 square meter roof.

I also took some worm’s eye photographs of the iconic Sagrada Familia cathedral – Gaudi’s unfinished masterpiece. It’s been under construction for 130 years but this year the scaffolding will (apparently) come down and the finishing touches will be applied.

The last two photos show trace evidence of some of the civil strife that has gripped Spain since the beginning of the financial crises. These photos are of flyers and shattered eggs and food dye that have been liberally applied to a Bankia branch in downtown Barcelona. The Bank was nationalised following its insolvency last year but despite a 20 billion dollar bailout it has lost 99% of its share value in the last two years. 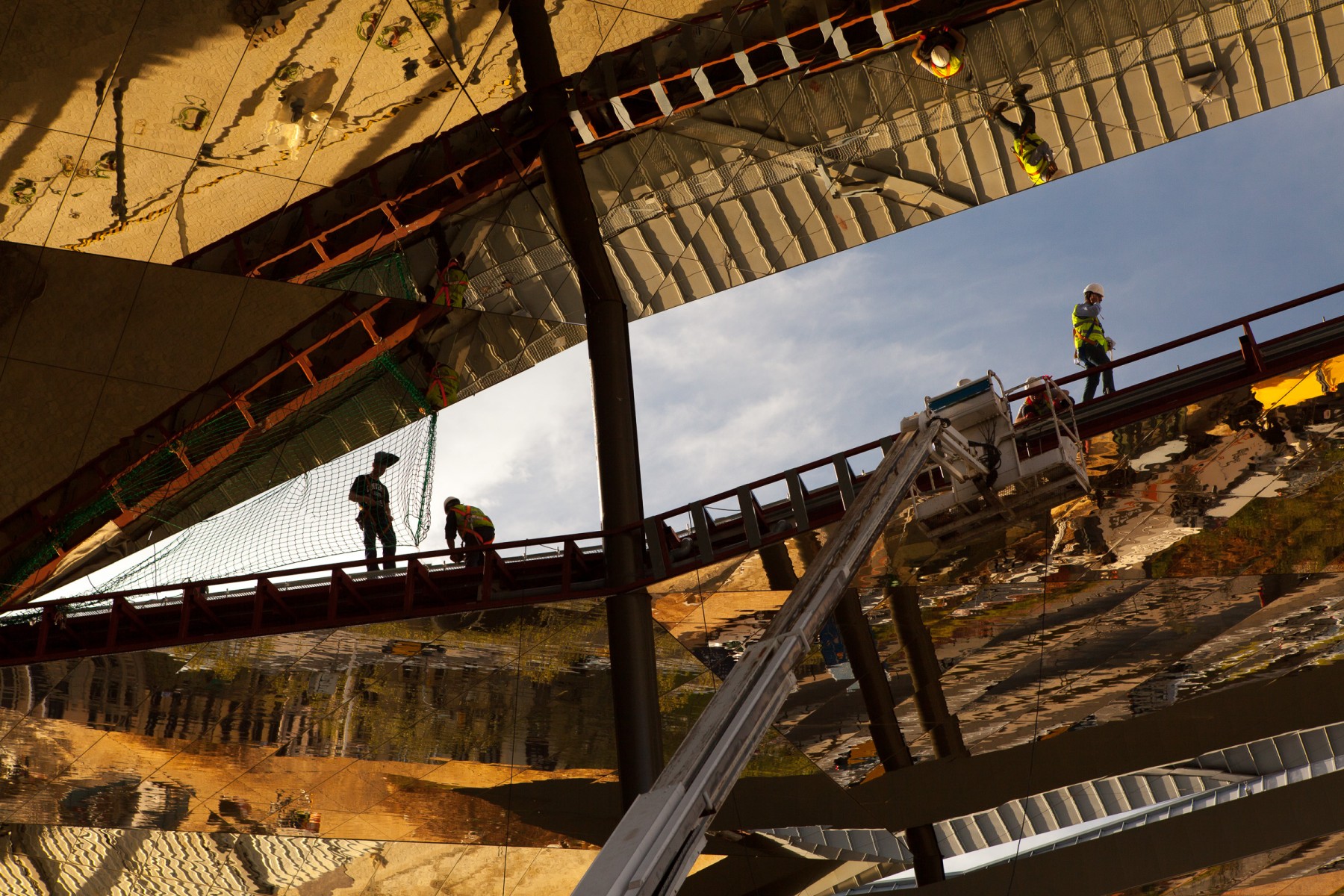 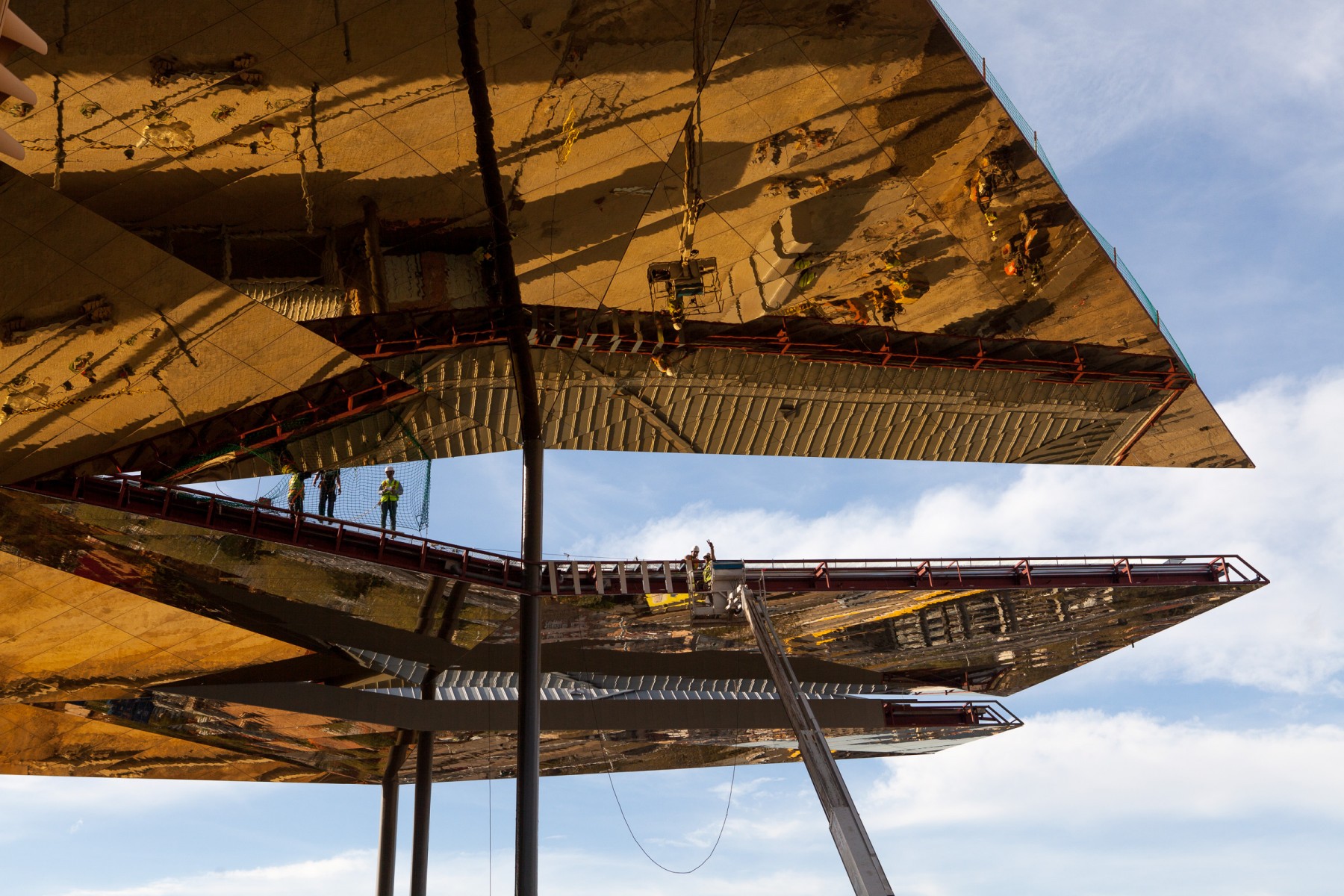 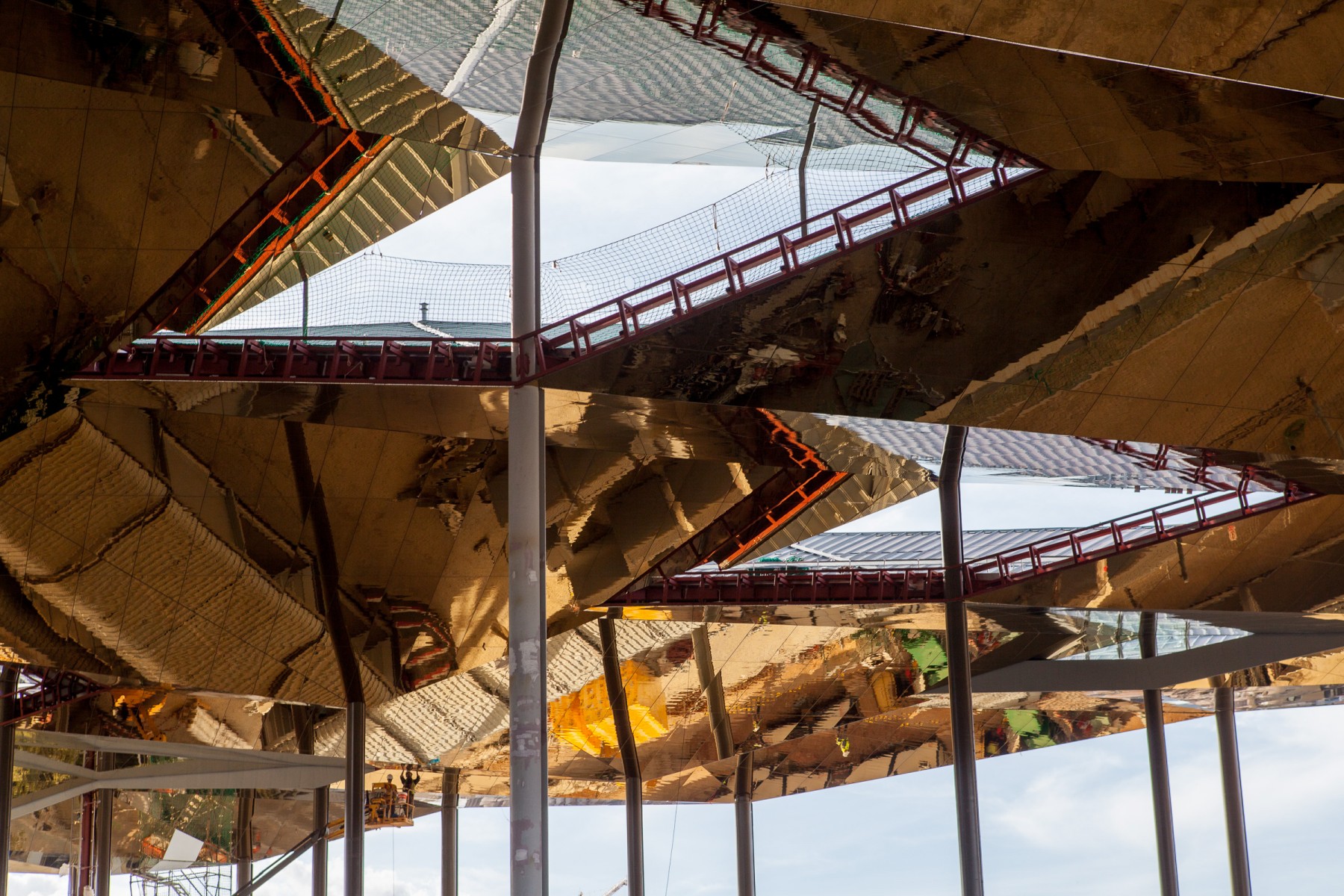 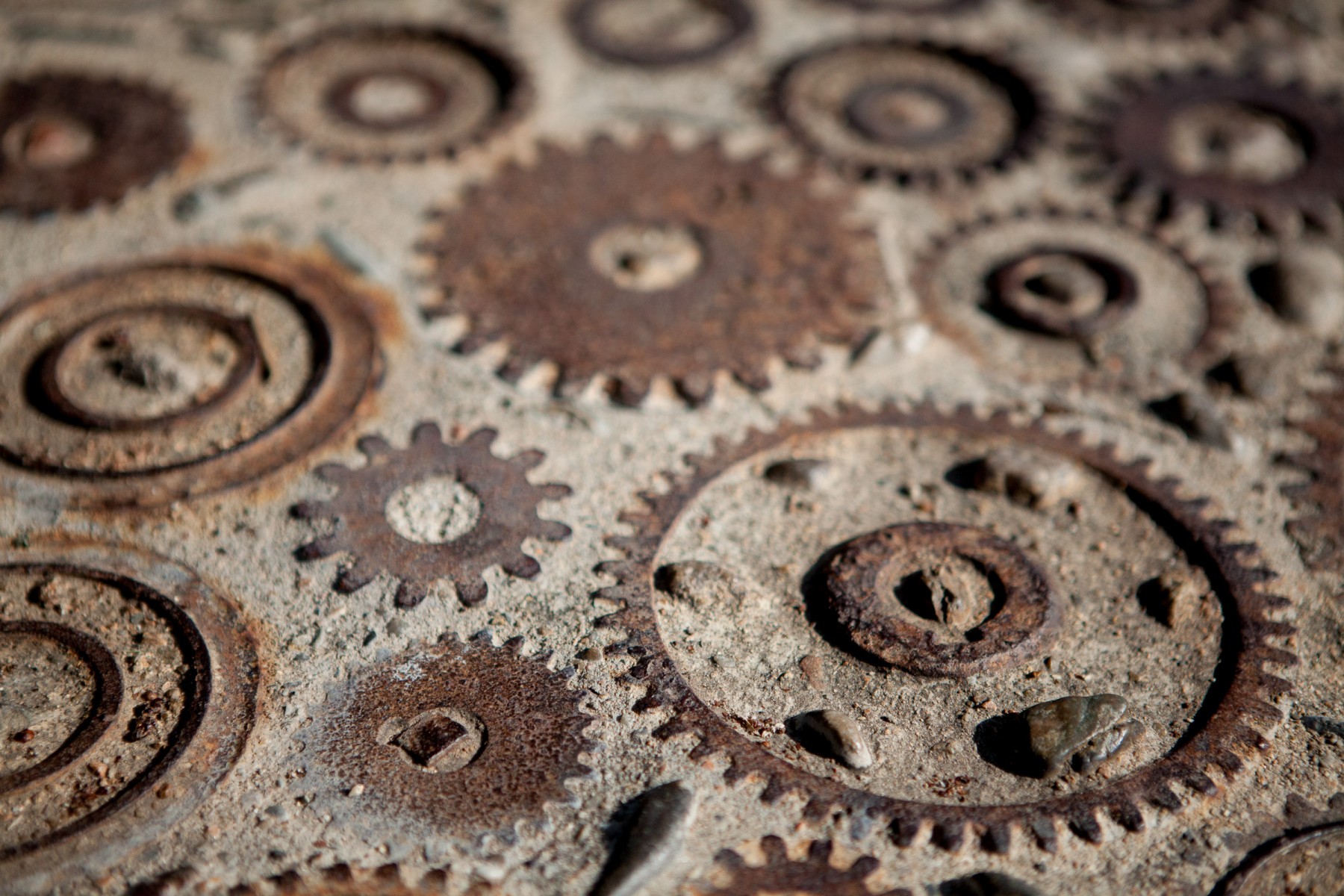 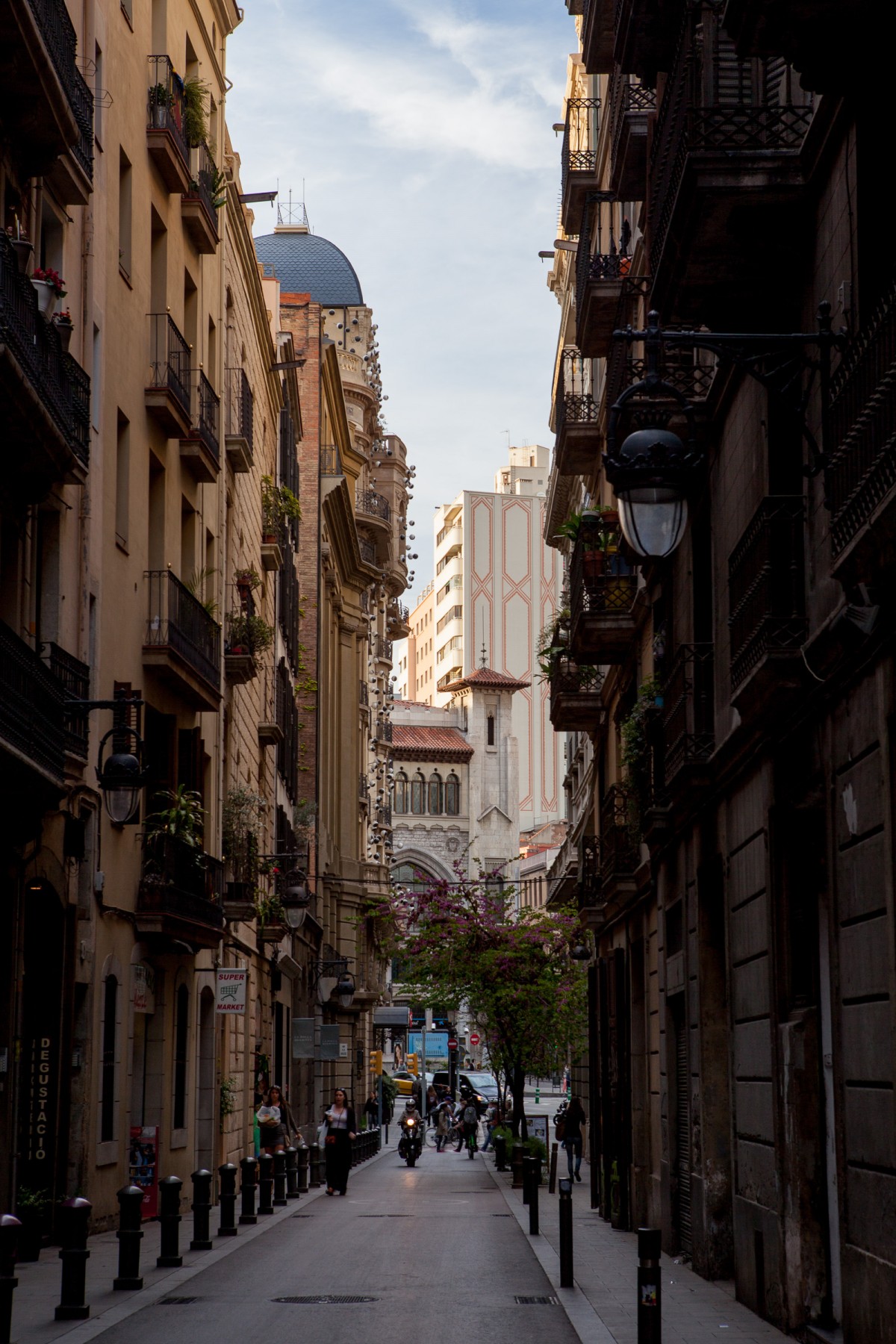 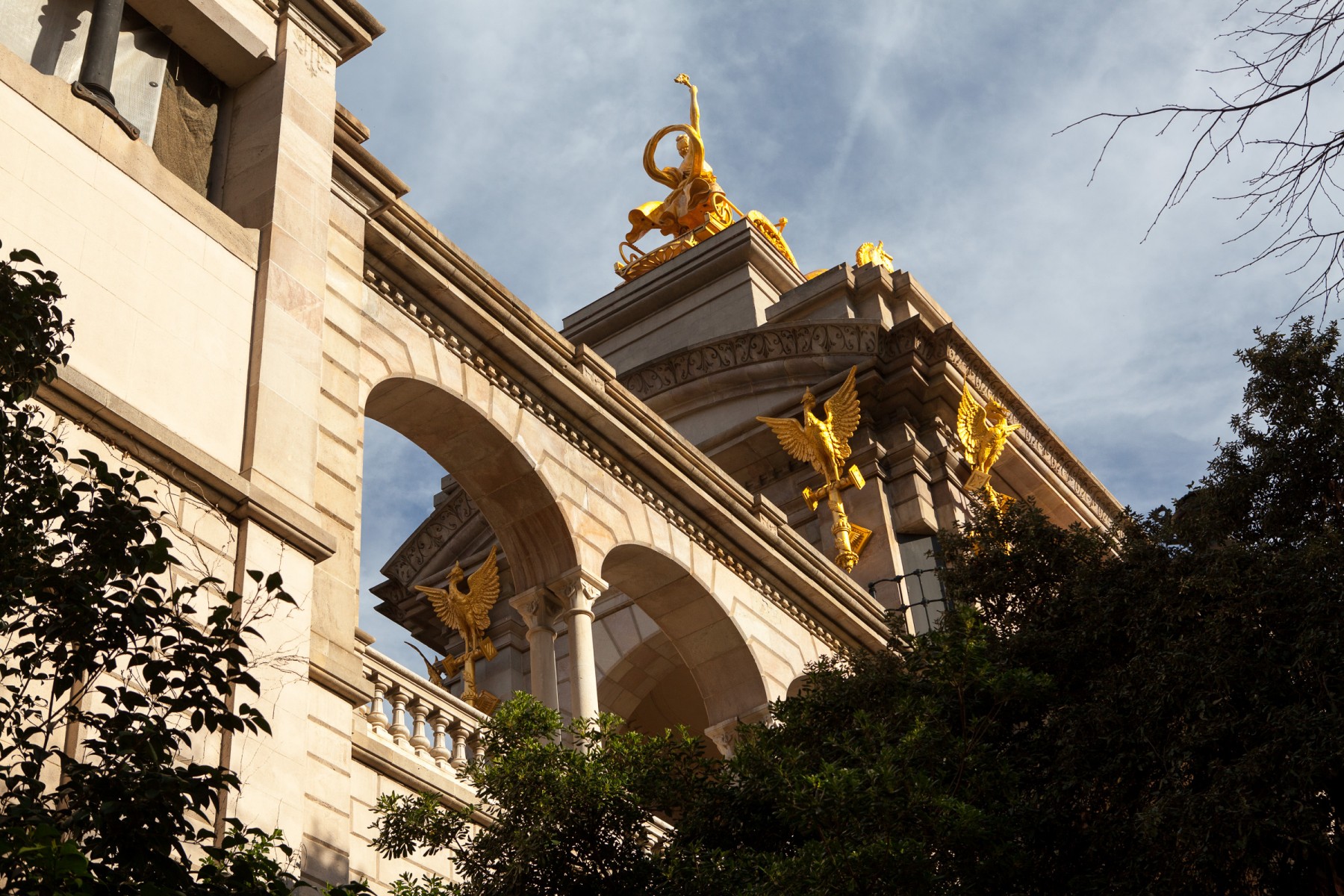 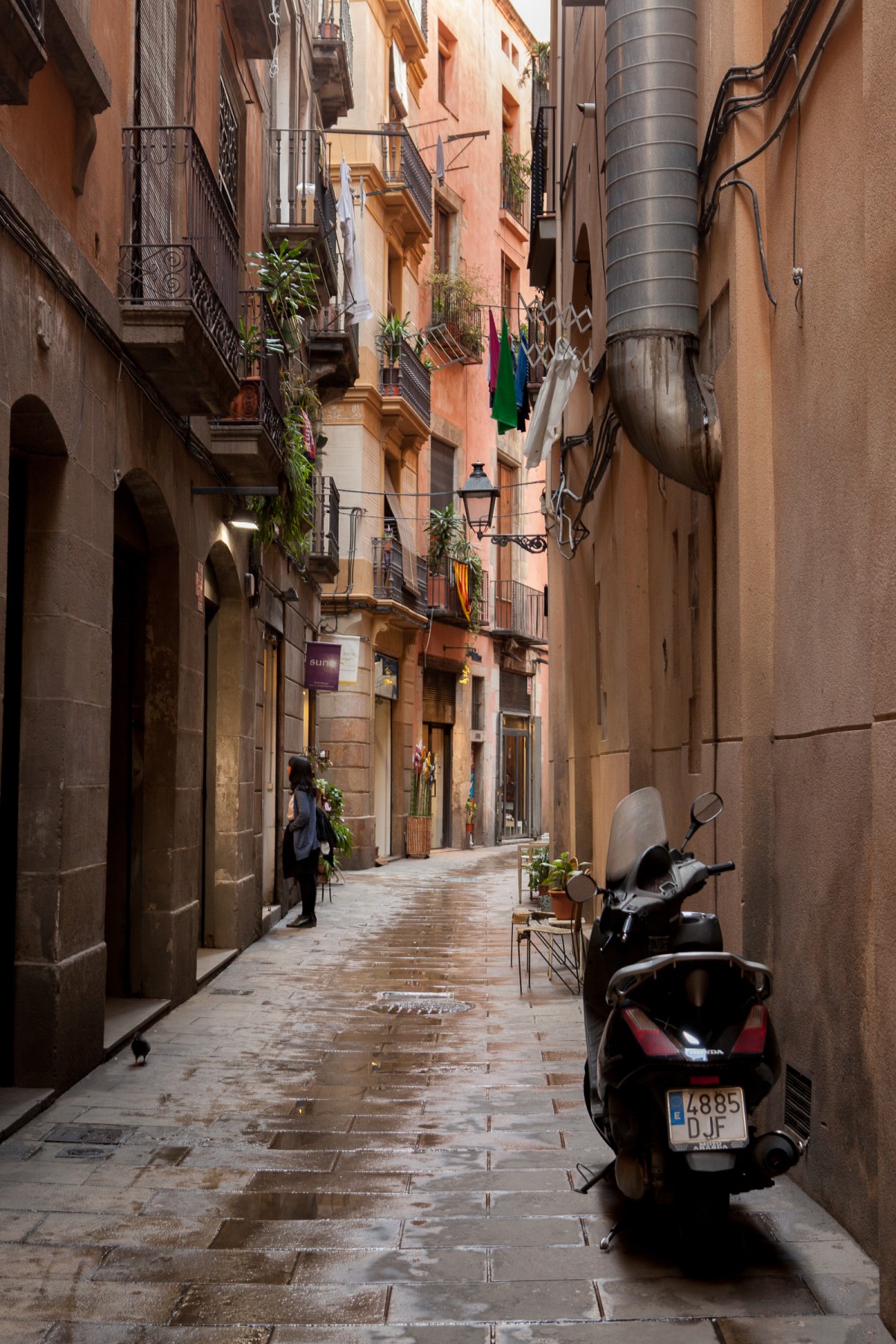 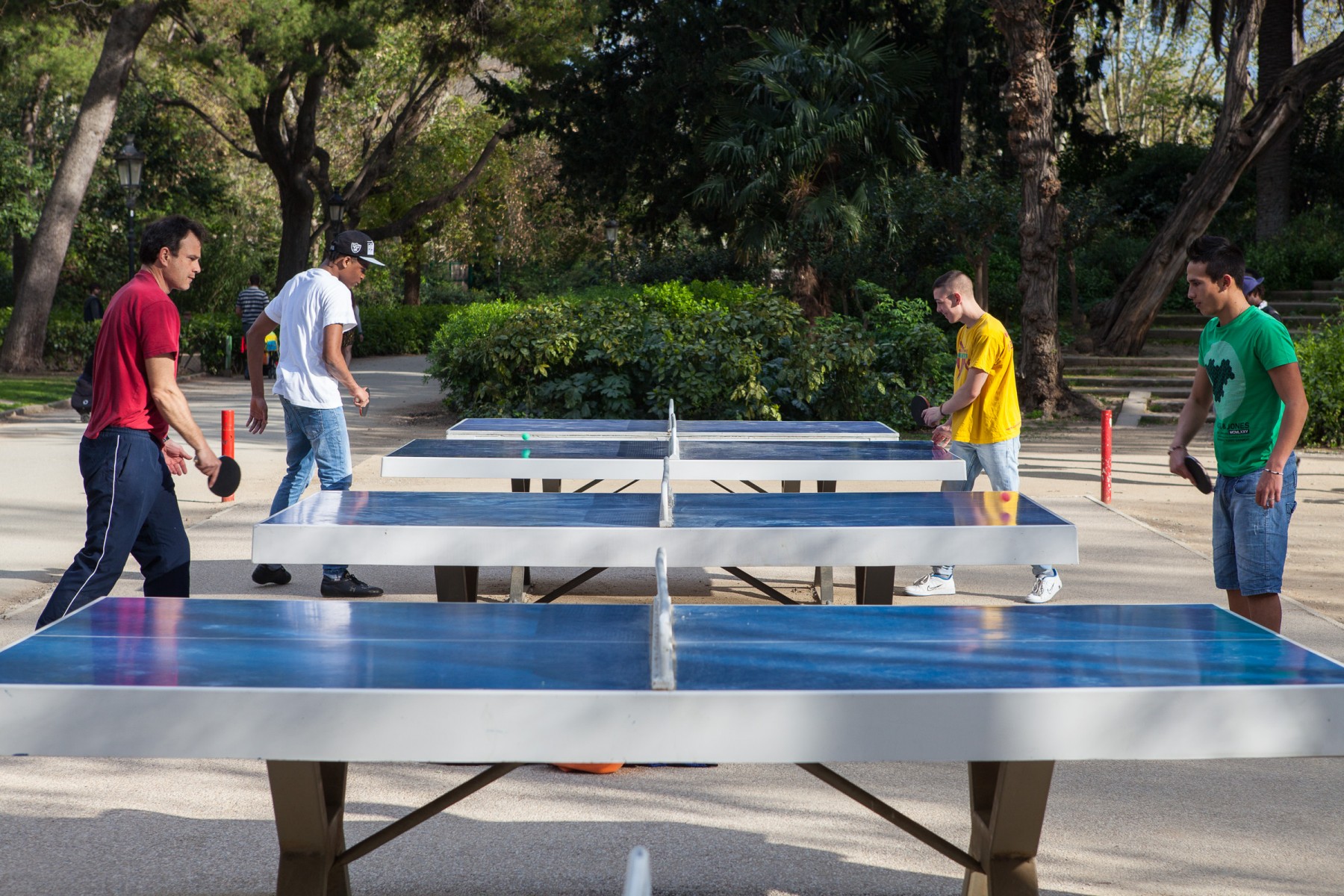 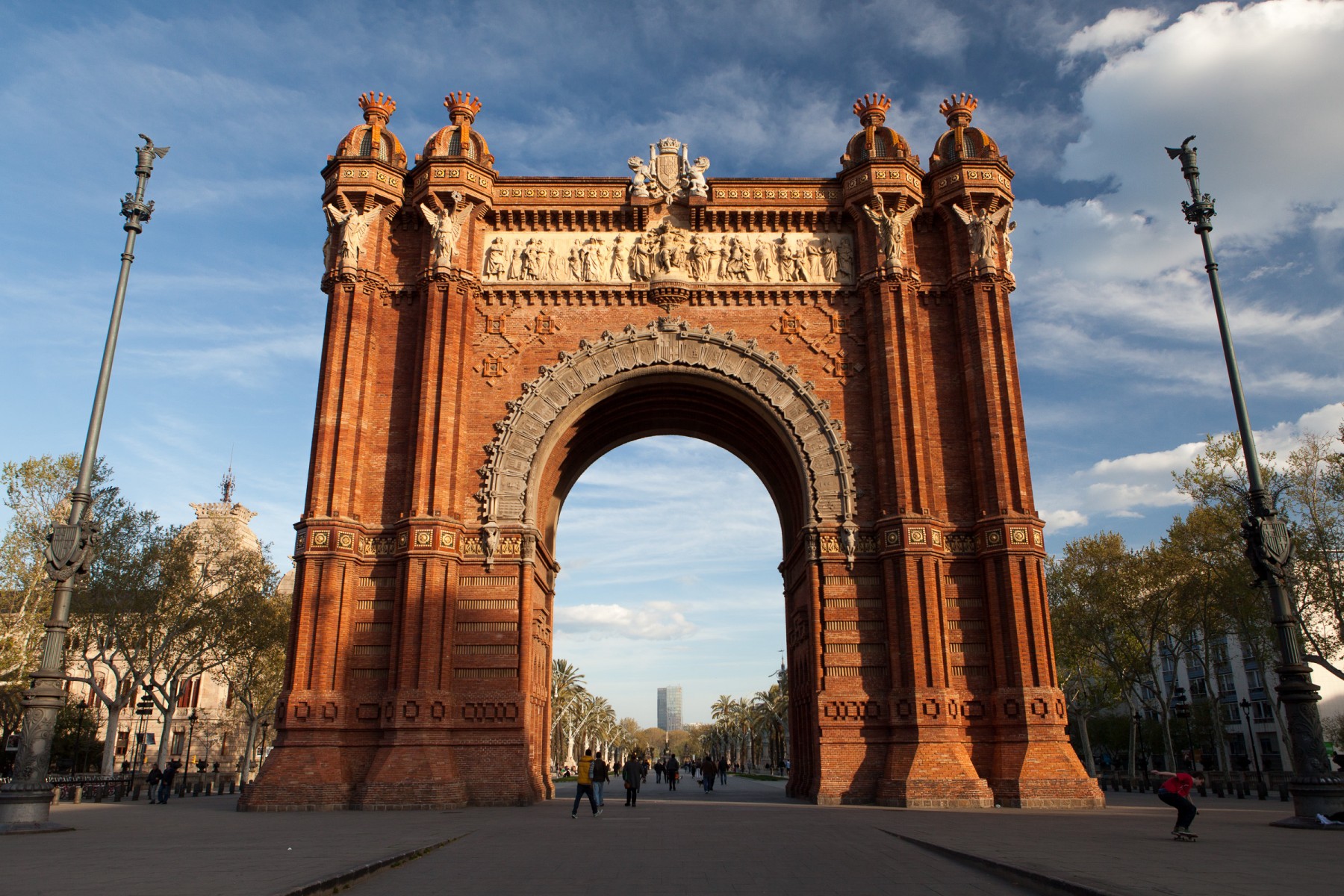 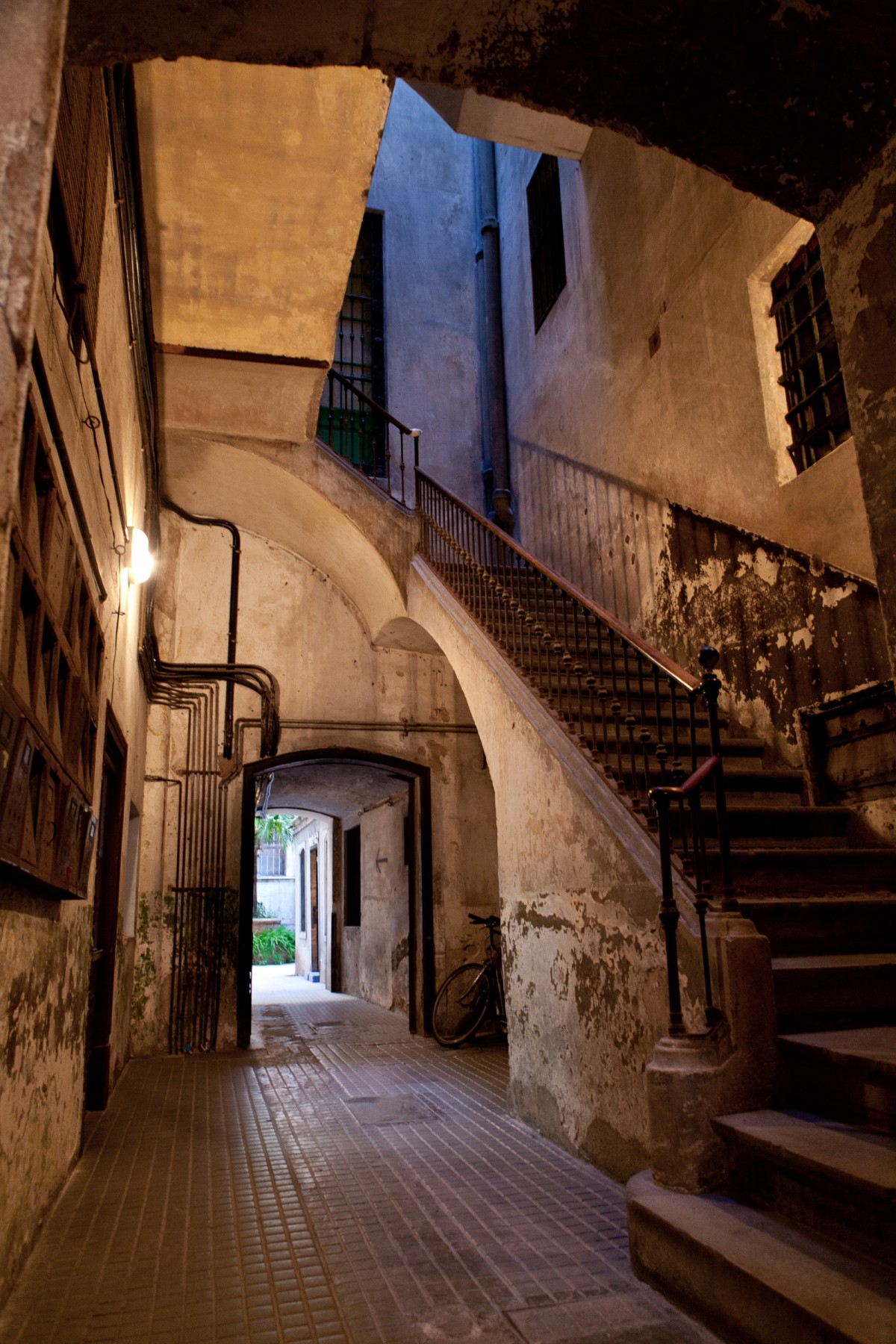 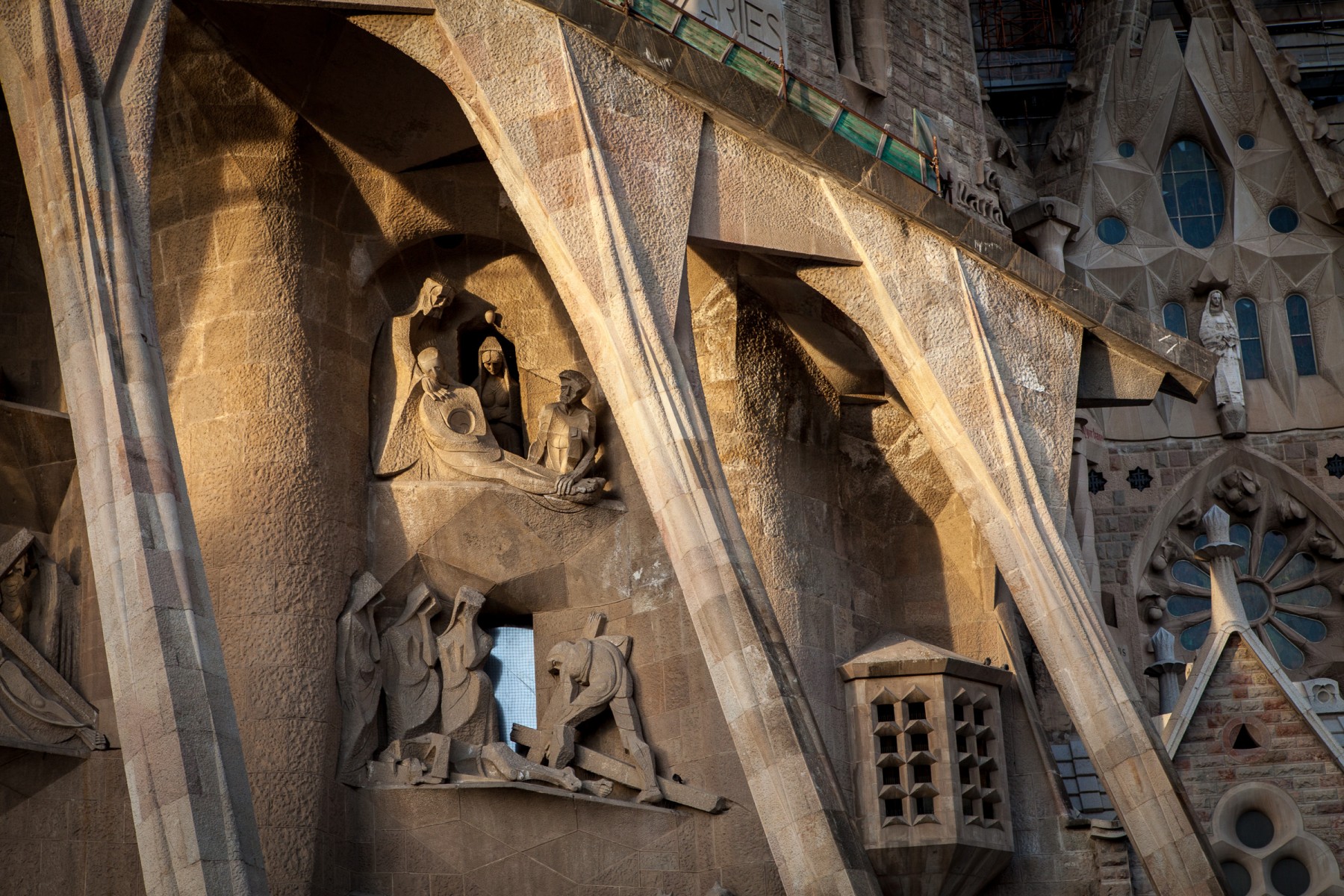 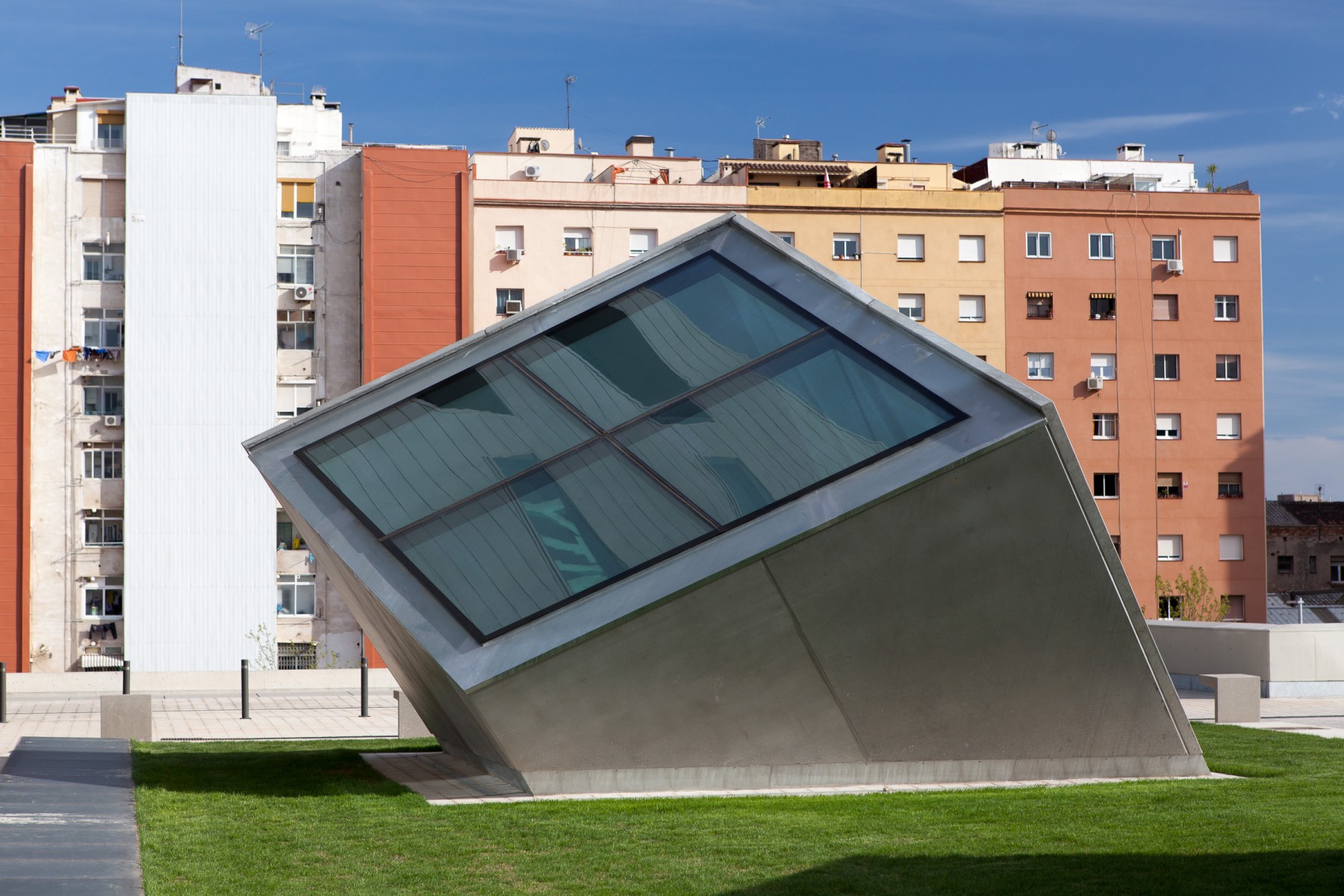 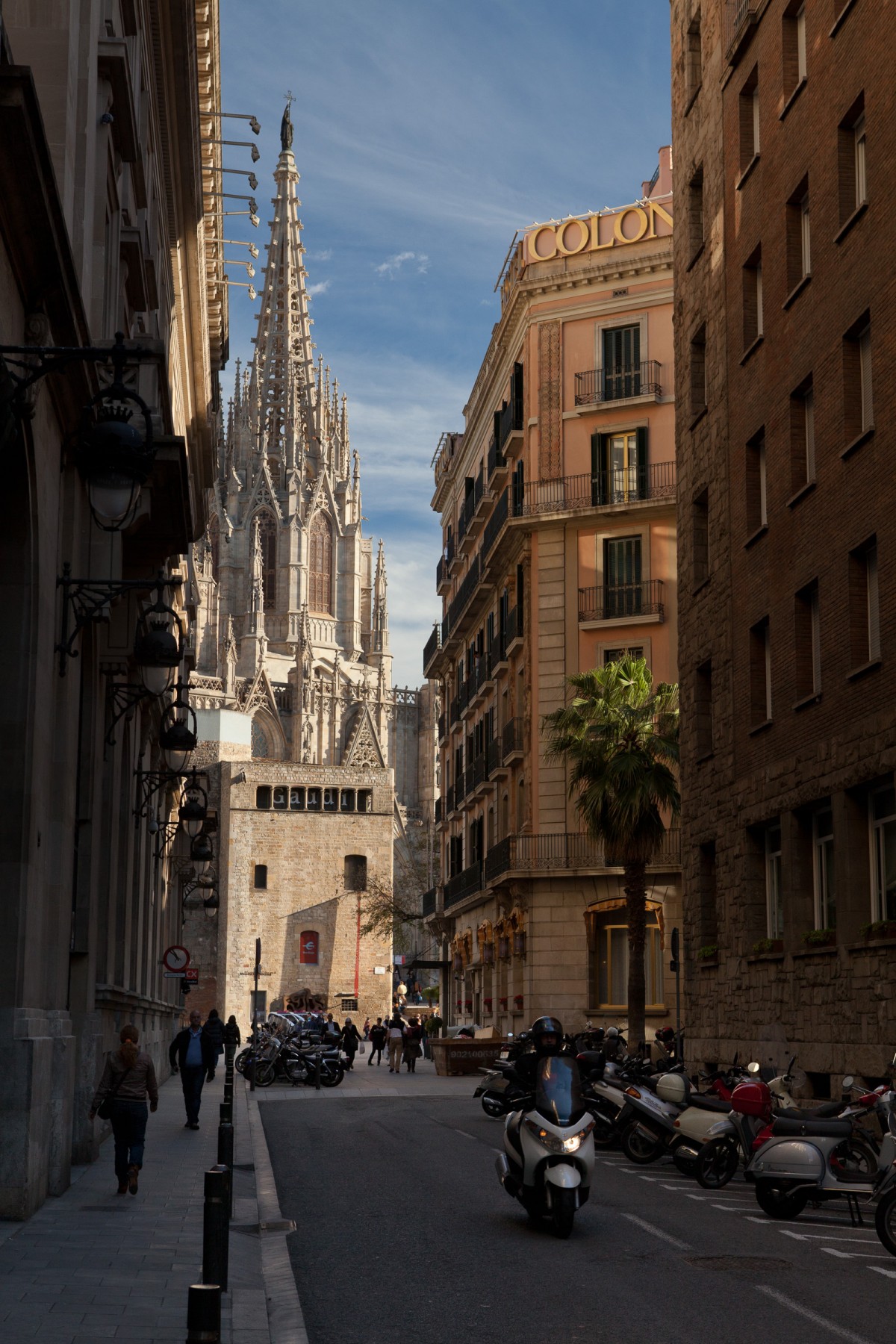 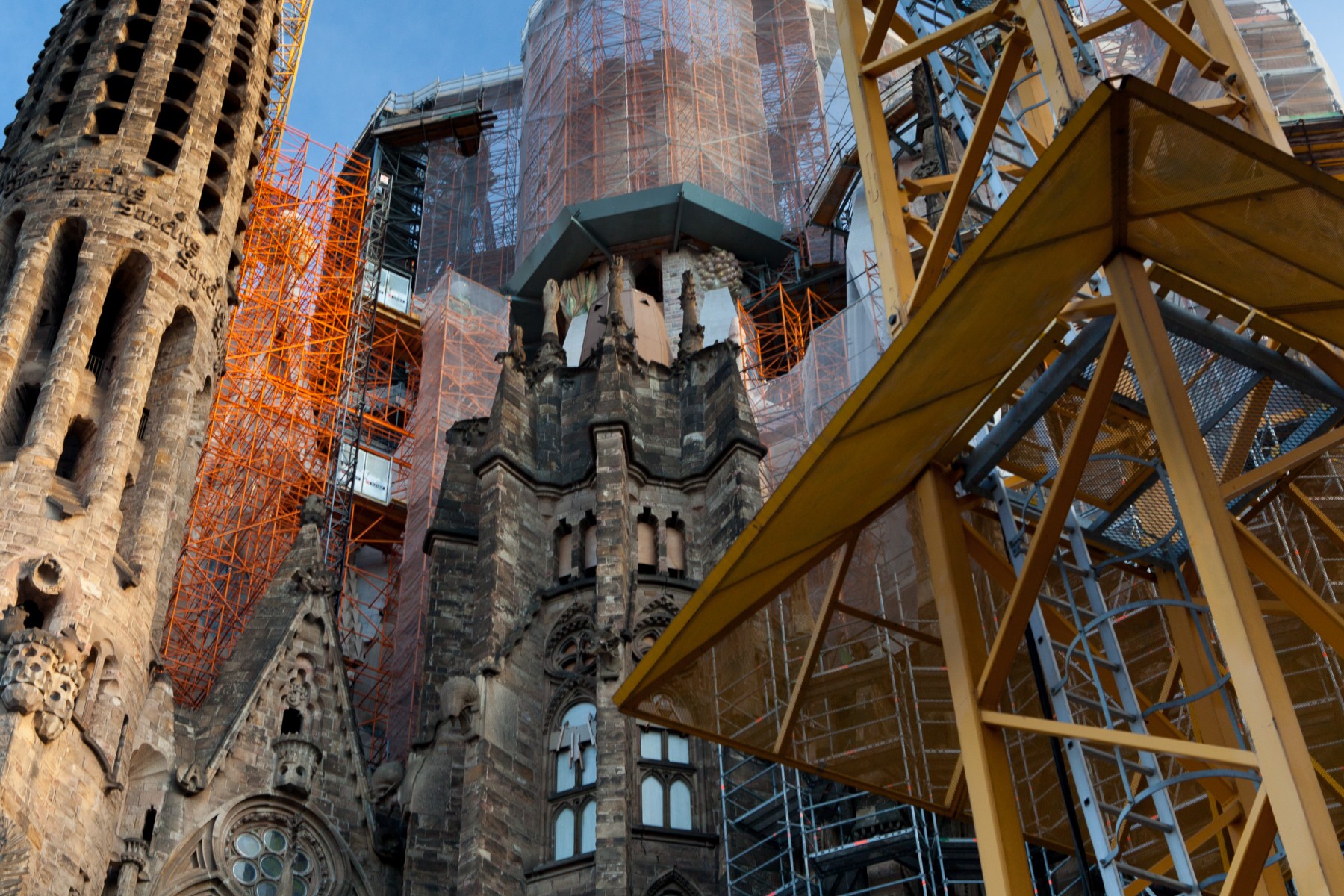 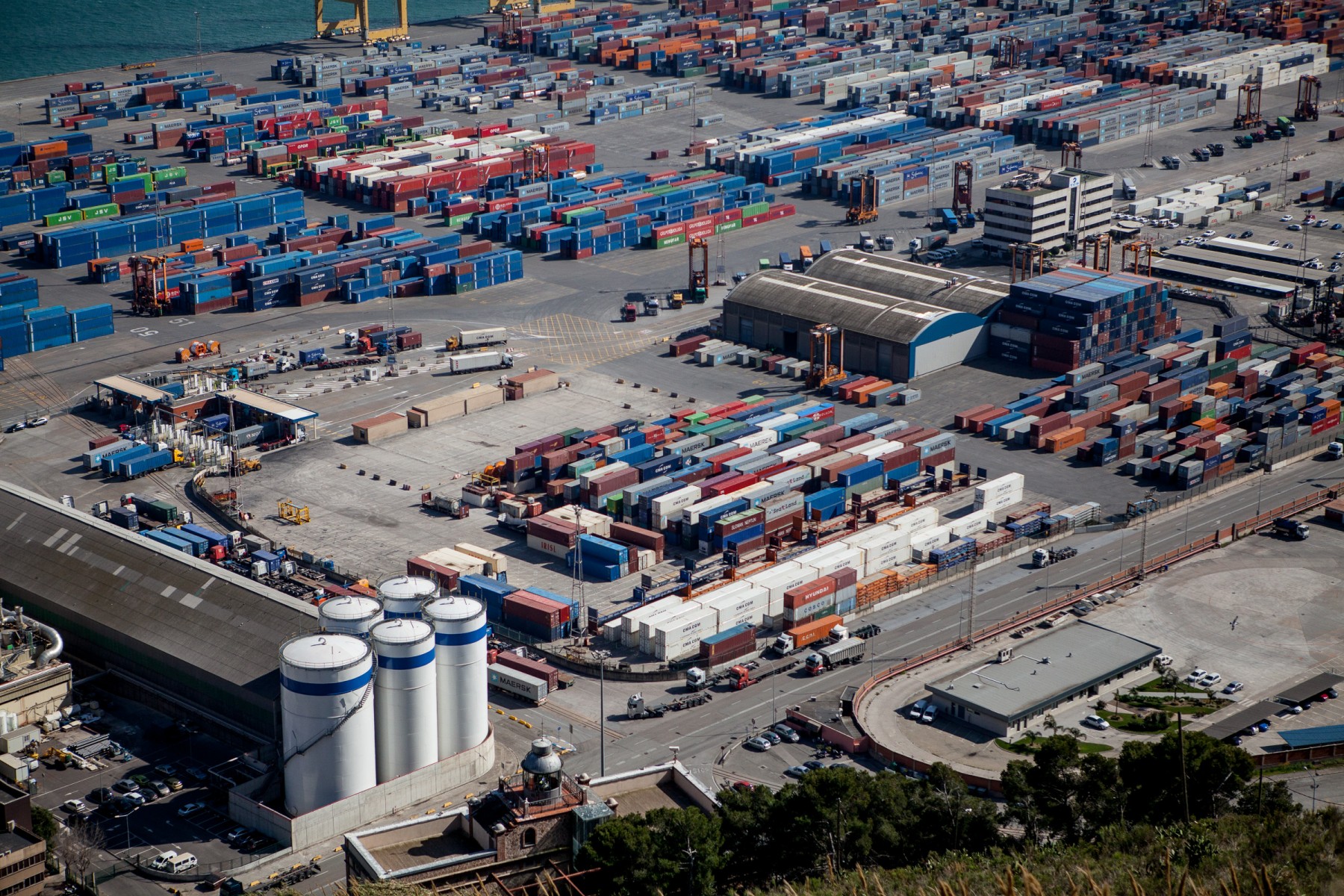 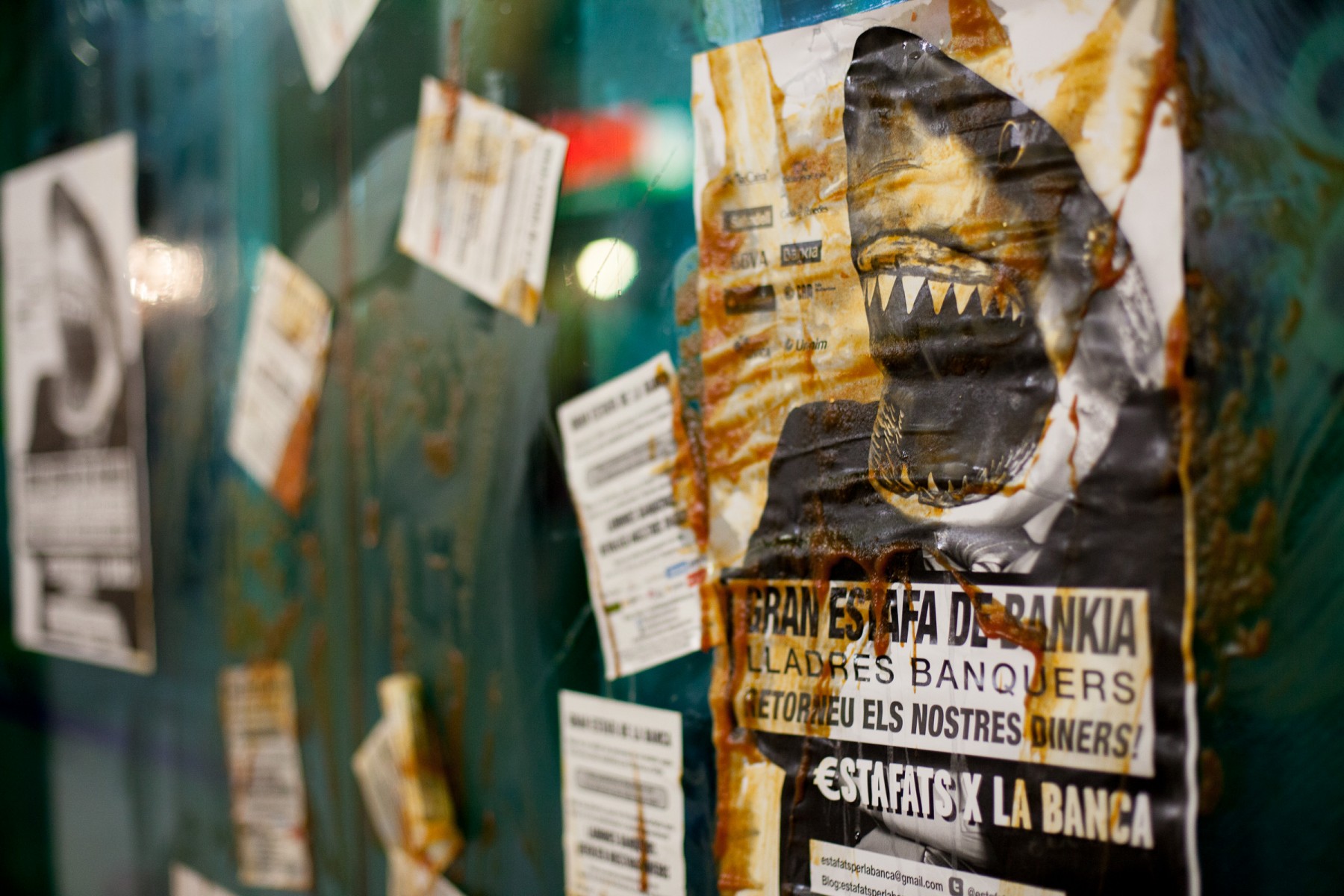 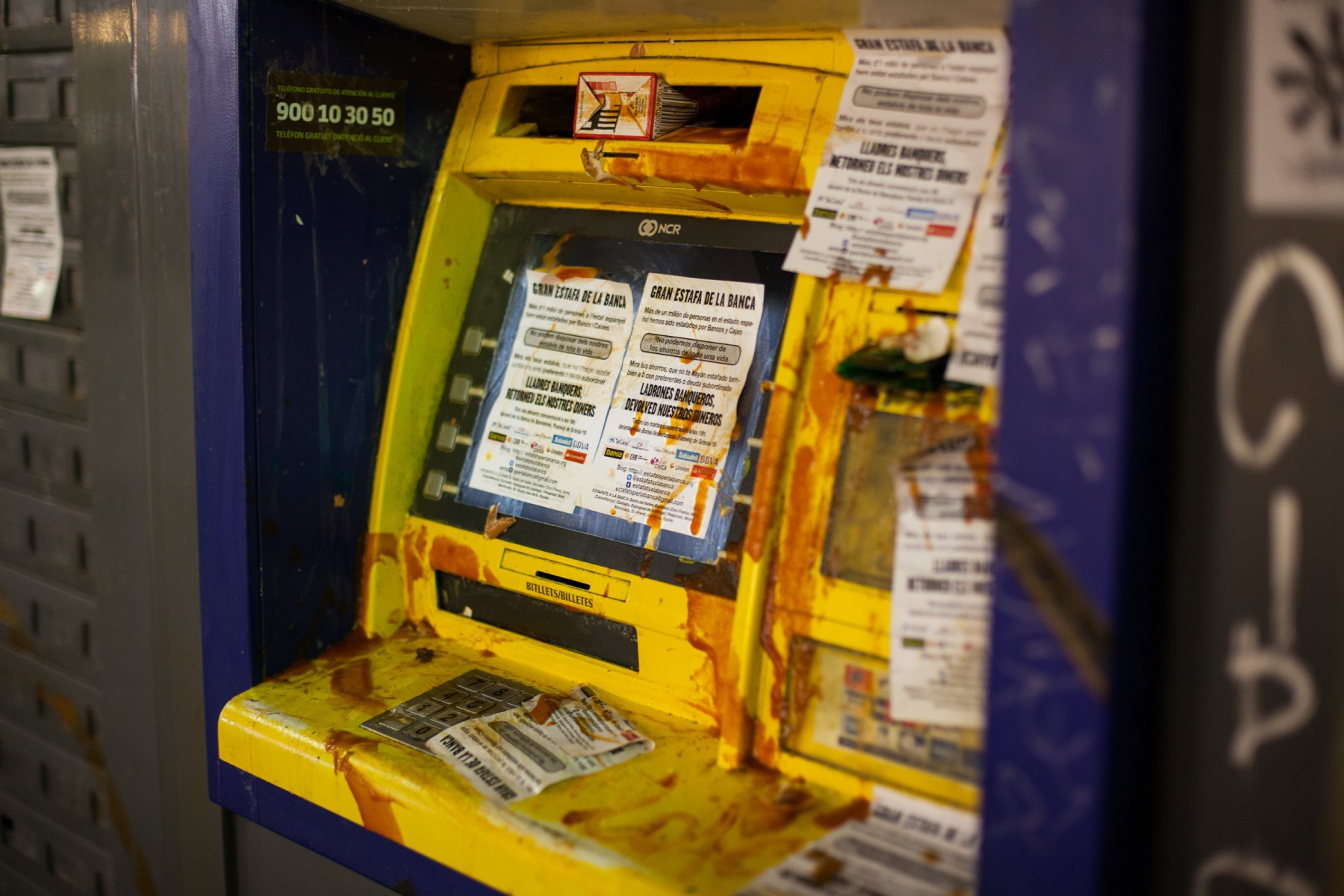